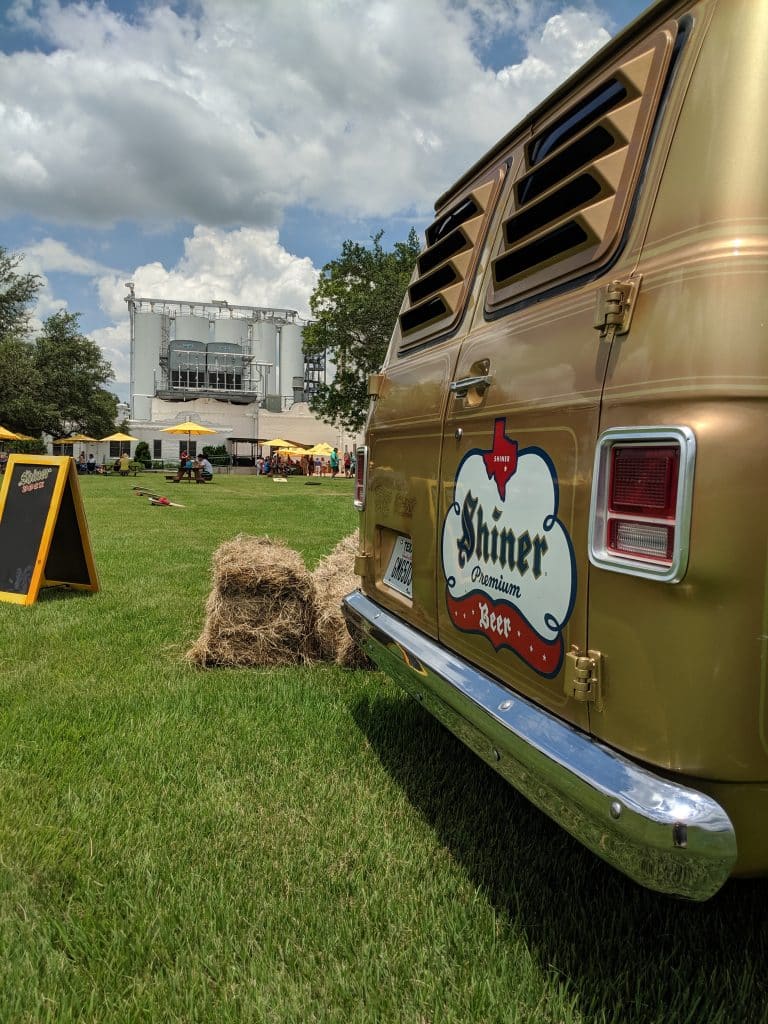 A Day of Fun at Shiner Saturdays in Shiner, Texas

The Shiner Saturdays events were held on the second Saturday in June and July 2019. We hope that they return next summer. Always check their website for future events.

The brewery continues to do tours that are available Monday through Saturday, starting at 11 a.m. with the last tour starting at 3 p.m. No reservation is required and all ages are welcome.

I had the opportunity to visit them during the Shiner Saturday in July and here is my experience.

So it’s a beautiful Saturday and there’s nothing much going on in the city we call home. What to do? Peal on out of the edge of the Hill Country where our city perches and follow the descending line of US 183 southeast across the edge of the Post Oak Savanna to a small town roughly equidistant from Austin, Houston, and San Antonio. This, of course, being the second Saturday of the month and the town being none other than Shiner, TX, home of the K. Spoetzl Brewery, home of Shiner Beers.

First off, let’s talk about the drive itself. It’s about an hour-and-a-half drive to Shiner from Austin, which is a good haul that might make you second guess. However, you’ll be driving through some of the most gorgeous country around, especially this year as we’ve had so much rain and everything is green, green, green. Rolling hills set with broad open ranches dotted with oaks, mesquite, and cattle await your viewing pleasure under a sky bluer than the ocean off Cozumel. And if you’re in for an extra adventure, and love some barbecue like me, there’s plenty of stops along the way in Lockhart and Luling to sate your appetite; but you won’t need to, as Shiner Saturdays has you covered. 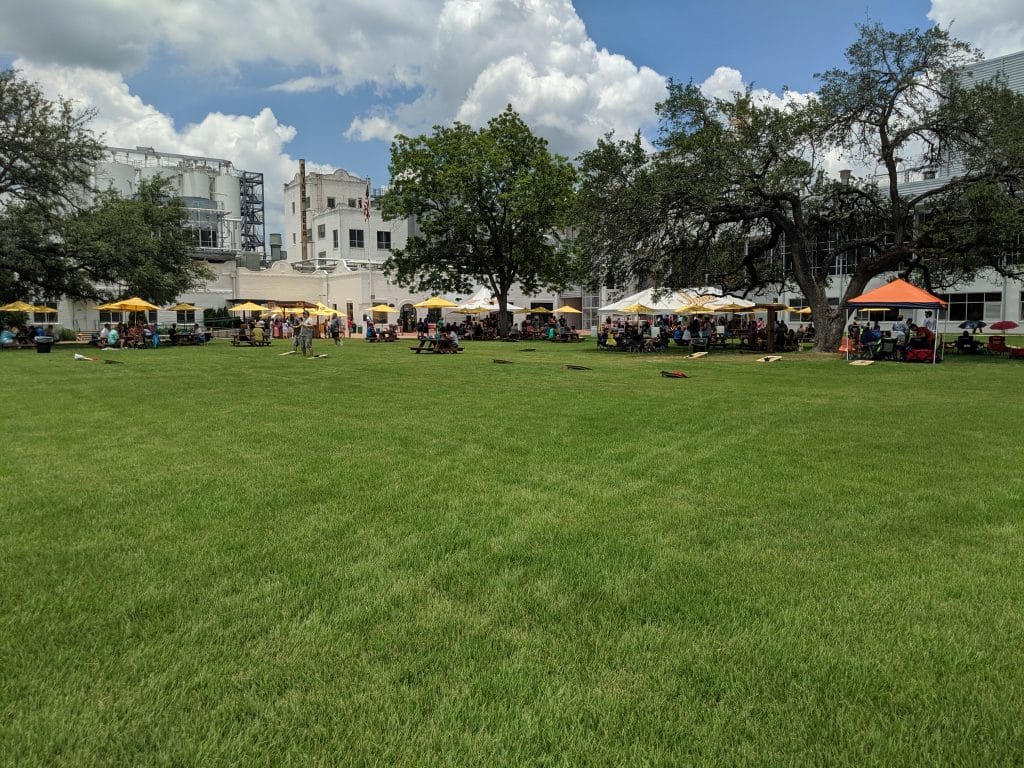 In 2016, the K. Spoetzl Brewery built a new wing to expand their production. With this, they opened the brewery to tours on Saturdays, which turned out to be highly popular. Wanting to expand on the tours, and the community of people coming to the brewery to enjoy them, the Shiner folks decided to throw a party once a month on the second Saturday based around country music, barbecue, and beer (check, check, and check!). 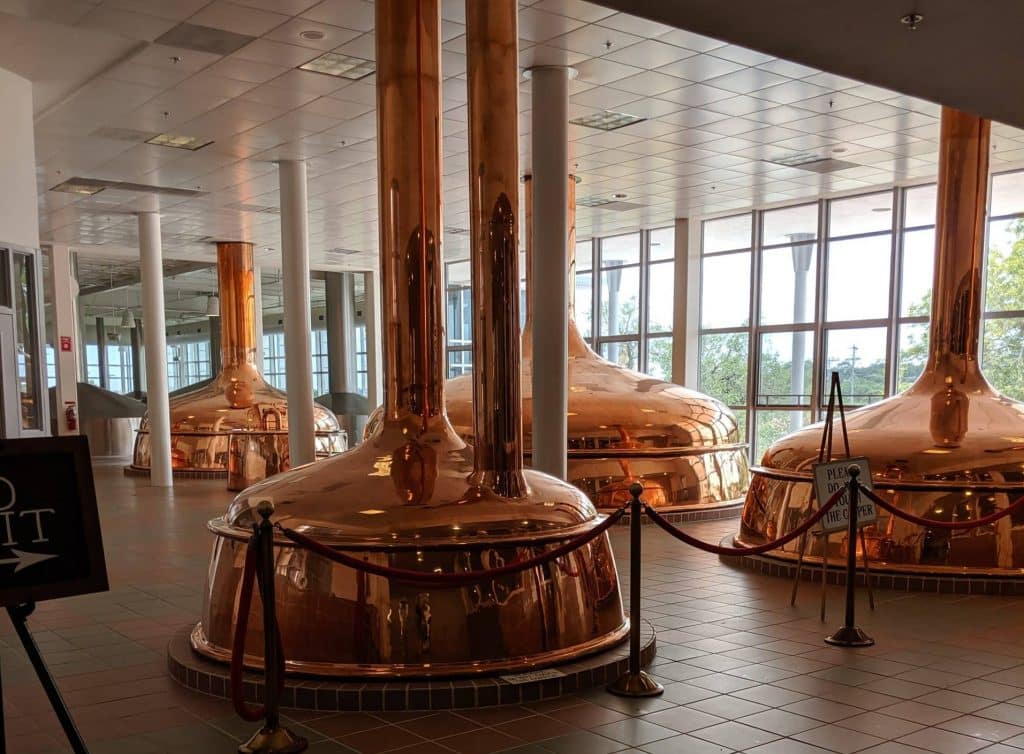 When you drive up to the brewery, the parking will be obvious as they’ve enlisted the local sheriffs to assist. Walk over to the “Great Lawn” in front of the brewery to the sounds of the band playing country music, in July it was Aaron McDonnell. The lawn itself has grass that would make a retired old man weep, thick and lush and great to sit on in the shade provided by two large oaks and a pecan tree. It’s also dotted with picnic tables with umbrellas, a large tent covering many tables, and reveler’s lawn chairs, so there’s plenty of places to have a seat. You’ll also see coolers full of soft drinks lined up along the walkways and food tents full of Salt Lick barbecue. The Salt Lick folks had a smoker with them pushing out beautiful blue smoke so the barbecue is sure to be fresh. Oh, and if you feel competitive, there are more corn-hole games out there than you can throw a bean bag at. 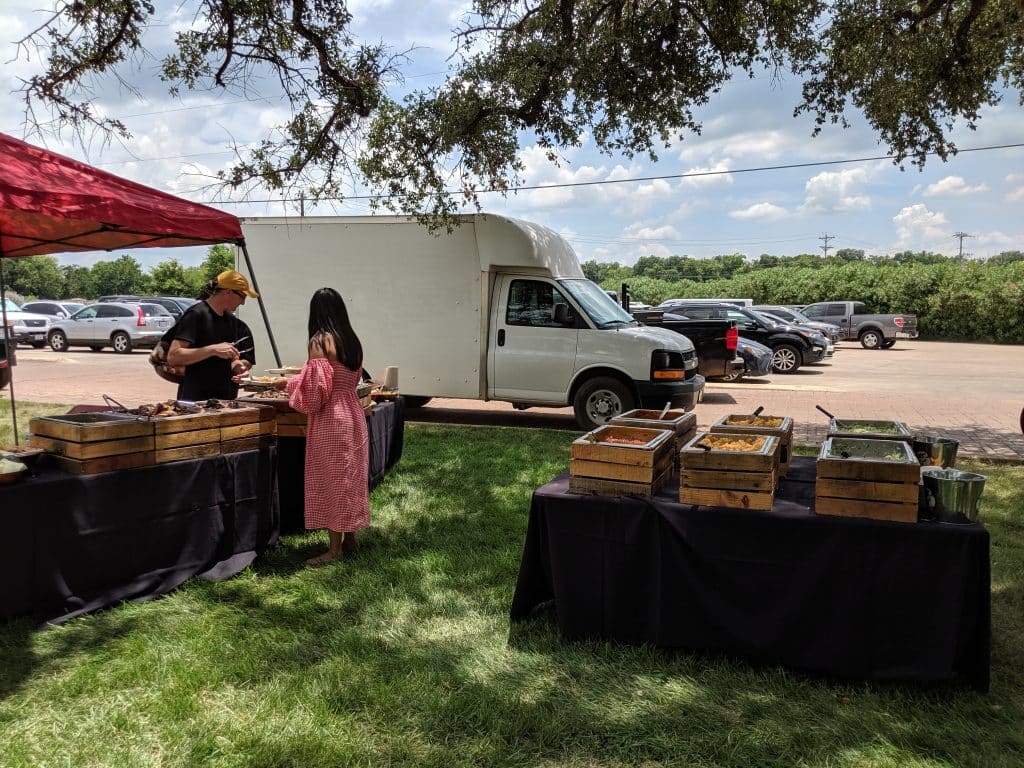 Some might claim that the Spoetzl Brewery is a little too big to be considered truly craft. While I won’t belabor Brewer’s Association definitions, the brewery is definitely big. I took the tour, which started in a new wing built in 2016 that was designed for the purpose (and is air-conditioned!). Most craft breweries you can stand in the middle of the floor and almost touch the entire operation. Spoetzl, as you might guess, is a little different. Where bigger craft brewers may have a 30-barrel system, Spoetzl is brewing 110-barrel batches up to 12 times per day. They have 12 fermenters that hold 430 or 1,200 barrels each, with the six bigger ones used mostly for Bock, Blond, and Ruby Redbird. They have a huge packaging floor that can fill 1,200 bottles and 950 cans per minute, and the biggest difference I saw is robots. They have a robot for moving kegs onto and off the filling line and a couple more for packaging cases of bottles. That is a long way from when Kosmos Spoetzl started with a single kettle, a dirt floor, and a tin roof in 1909. 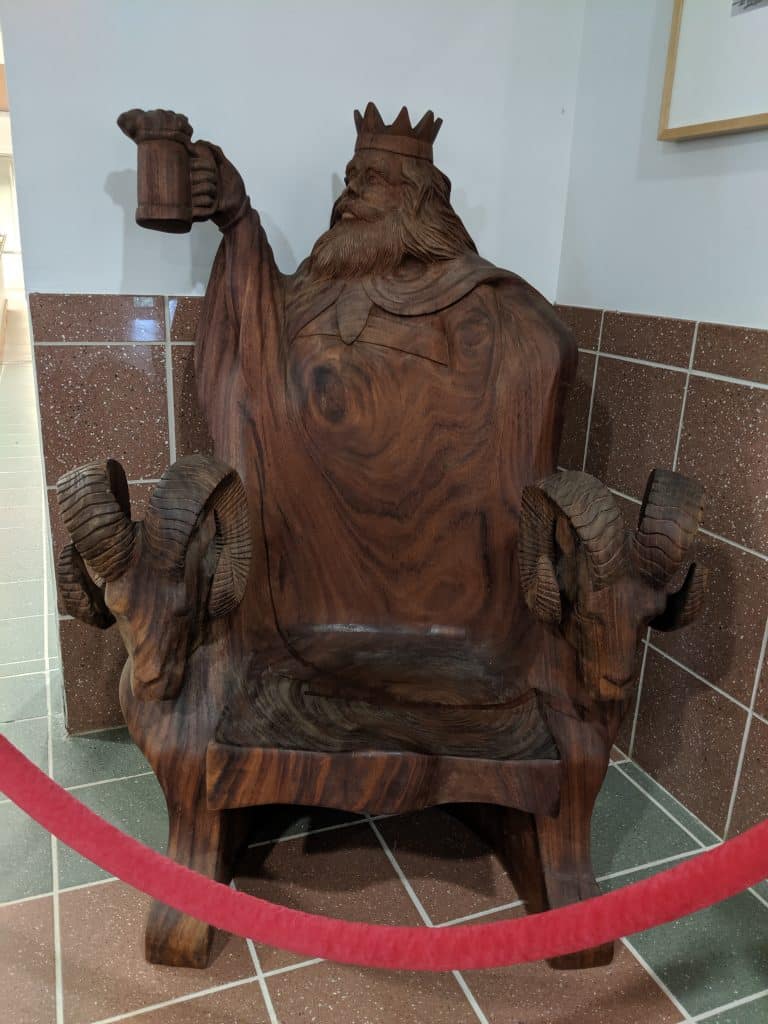 So who shows up on a Saturday afternoon? The whole gamut of people are there, from college-age groups to retirees, 20-something couples from the cities to “well-aged” groups of friends, families are welcome to bring their kids and I definitely saw at least one disgruntled teen following her dad. And right now, it’s summer in Texas, with all the heat that implies. Sitting outside can be tough but if you need to cool off you can take a tour, head into the well-stocked gift shop where there is also a video of the history of the brewery, or use one of the inside bathrooms. Overall, the folks in Shiner are throwing a great party. The vibe is super chill and relaxed, the staff is super friendly, and everyone is having a good time.