August 1, 2017 – AUSTIN – Adelbert’s Brewery, an award-winning brewery based in Austin Texas, is happy to announce the re-release of its highly sought after Sundowner, a Bière Brut, after being out of the market for over a year.

Sundowner is a blend of the spicy, fruity notes of a Belgian ale balanced with the mouthfeel and body of a sparkling wine. Brewed with champagne yeast, this effervescent ale possesses hints of white grape and green apple with a crisp, bone dry finish.

Bière Bruts (also known as Bière de Champagne), which are primarily made in Belgium, traditionally undergo a lengthy maturation period. In keeping with this tradition, Sundowner was bottle conditioned for three months prior to its release. In 2014, Adelbert’s was the first Texas brewery to produce this style and only ninth in the US to make this highly effervescent, champagne-like beer. 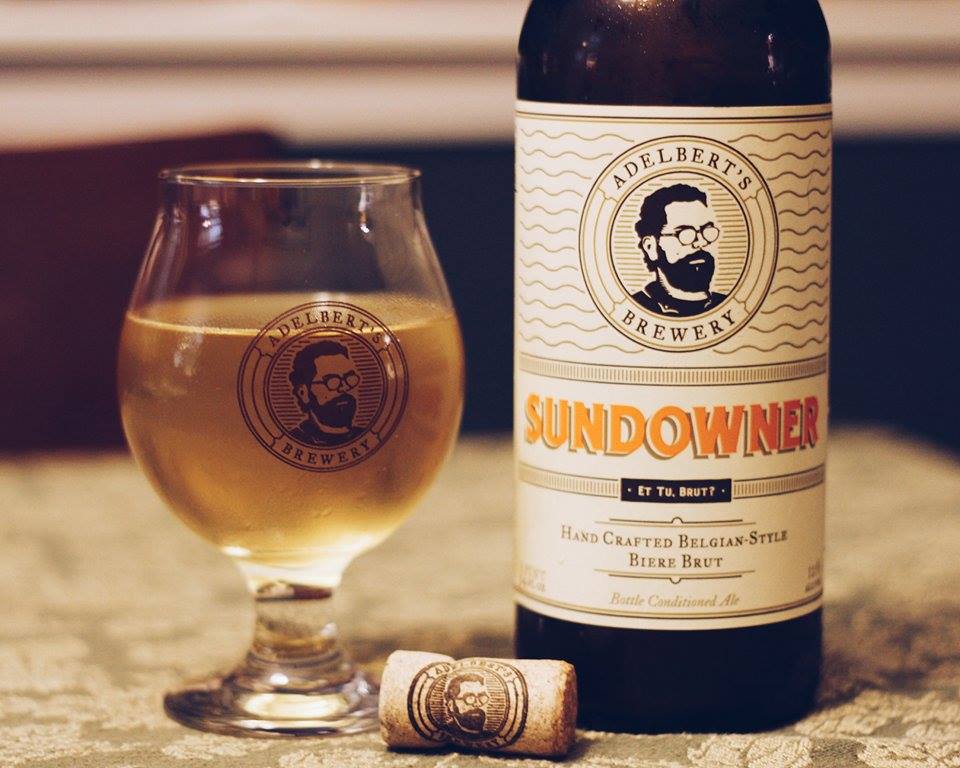 “Due to our focus on cans and new fruited sour line, Sundowner did not make it to market last year,” said Scott Hovey, Adelbert’s Founder and Brewmaster. “However, it has continued to be one of the most requested beers we’ve made. We listened and are excited to bring it back to our customers. It is a great crossover style perfect for beer lovers and non-beer fans to enjoy together!”

Sundowner will debut in the taproom this Thursday, August 3rd with 30 cases available. The following week 100 cases will be available across the state of Texas. At a later date, an online direct to consumer retailer, Tavour, will release approximately 35 cases to its customer base.

The brewery recommends pairing it with fresh oysters, crab cakes or goat cheese. Adelbert’s recommends serving it similarly to the way one would serve champagne; between 45-55 degrees in a flute glass.