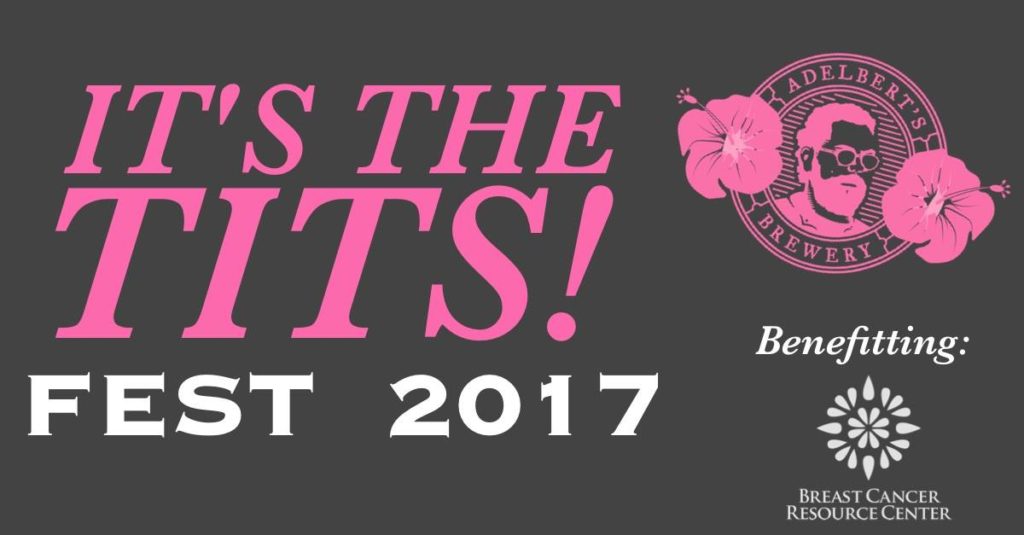 To kick things off, Core Power Yoga will host a yoga class starting at 11:30am with limited spots.  Per the usual, the event will be jam packed with family friendly activities, beer and a silent auction.

I caught up with General Manager, Sarah Haney,  to find out more about the event.

How did this event get started and when?

In 2015, we released the first batch of Hibiscus Saison. With the release, we thought it would be fun to do a fundraiser at the brewery with a special glass. People loved it! We had a great turn out and raised a decent about for the Breast Cancer Resource Center. Since our “It’s the Tits” glasses were such a hit, we decided to brand the event with the same name. Last year, the event was bigger with music, photo booths, market, etc. Last year, after the fundraiser and sales from Hibiscus Saison, we were able to cut the BCRC a check for over $4,000.

Tell us more about your relationship with the Breast Cancer Resource Center. How did it get started?

My mom is the 10+ year breast cancer survivor. The beers pink hue inspired me to partner with a breast cancer cause. Ray Anne, the executive director of the BCRC, is the mother of one of our former cellerman. He introduced us and it was a perfect pairing. They do such great work and are amazing to work with!

What is the story behind the name of the event?

It started from the glasses, which started as a joke at a Monday meeting. One of the guys joked, “That Hibiscus Saison is the tits man!” We thought it was funny and decided to play with it. The glasses sold out super fast the first year.

What’s on the horizon for the brewery?

Ch-ch-changes! We’ve added some new players to our team and are looking to expand our horizons. We have several ideas in the works. Many will start in the taproom. A new amber beer (to replace the retirement of our biere de garde and black ale, which is happening in the coming months), rotating IPA series, more fruited sours and that’s just what we’ve put on the idea board. In the short term, we’ll be releasing two versions of Barrel of Love this year. Blackberry Barrel of Love bottles will start shipping at the end of the month in to the market. After that, a limited number of Chocolate Barrel of Love kegs will be released with a limited run of only 25 cases of bottles releasing in the taproom. 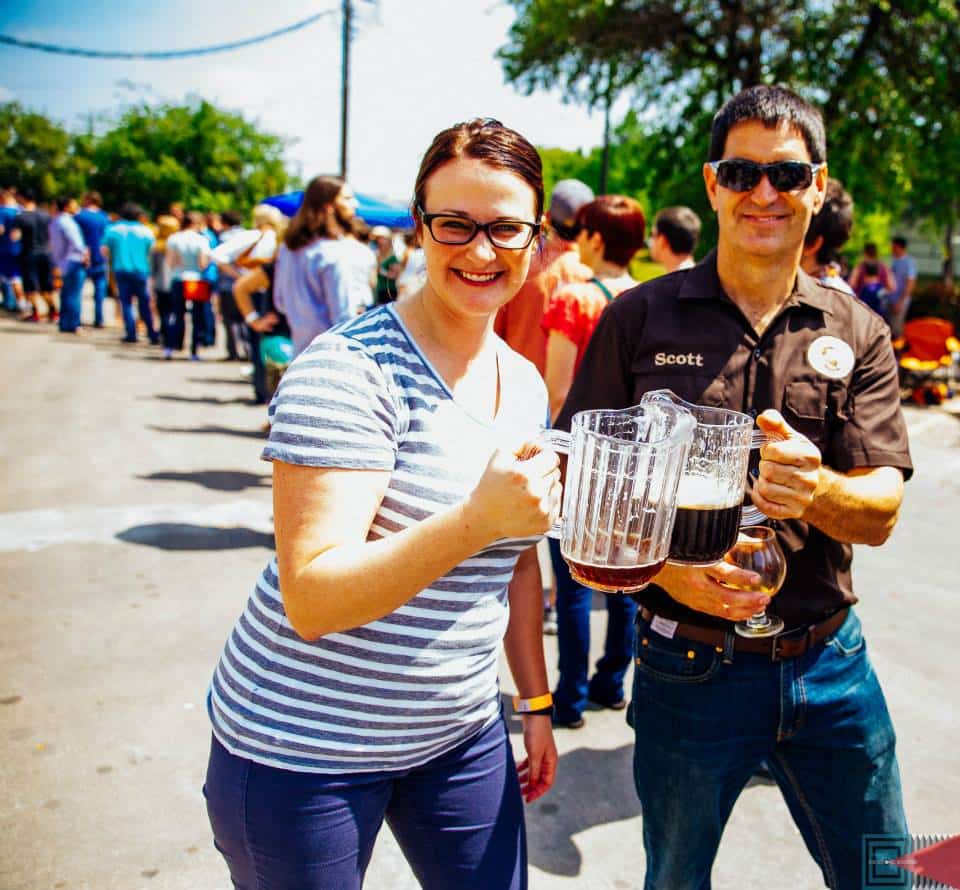