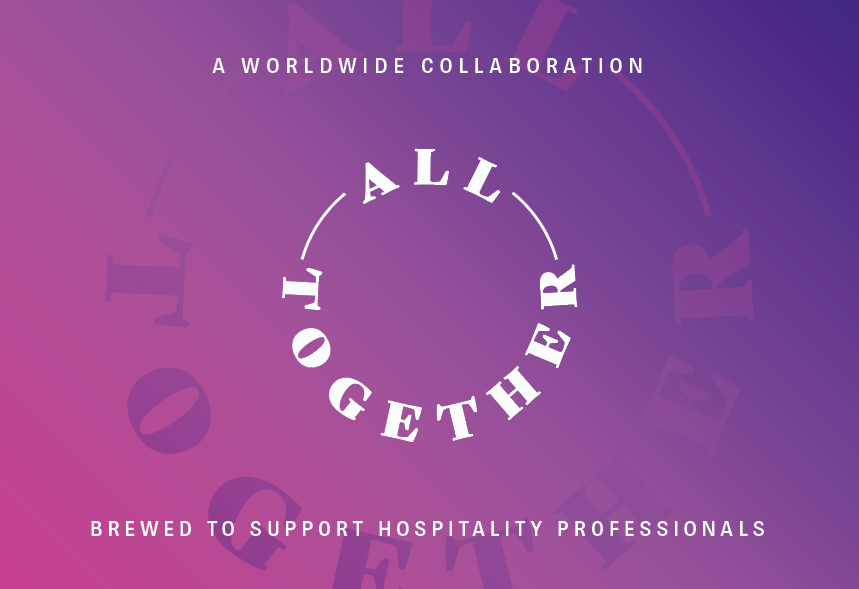 Jester King:  Released All Together IPA on May 29th

Jester King joined the collaboration because they are doing what they can right now to help the hospitality industry and that is important to them. They are also long time friends with the people at Other Half, so they are always happy to work with them. For the beer, they opted to go with the recipe to make an East Coast hazy IPA.  The proceeds of their All Together beer is going towards the Southern Smoke relief fund. Southern Smoke relief provides funding to individuals in the food and beverage industry who are in crisis. Be on the lookout for this beer release.

Batch Craft Beer and Kolaches: Releasing All Together IPA on June 2nd

Batch joined the collaboration because most of their staff have been unemployed by this. Batch’s John Snyder states, ” With the uncertainty of when we will open back up it’s nice to let them know we are still here for them and we are in this together.” Also,  Other Half has been a big influence on Batch in the past, so they jumped at the opportunity to help make this meaningful collaboration as big as possible. Their recipe is a neipa style that Other Half suggested, but they increased the IBUs a little bit. They were also having their glycol upgraded during fermentation, so they chose to use kveik yeast instead of London iii yeast, as to not need temperature control. The kveik will make their version a bit dry and pineapple. This beer will directly help the staff at Batch. Batch has been kind enough to provide the entire staff with weekly groceries and beer and these additional funds will help keep them home longer.

Next can drop is one week from today! All Together is a worldwide collaboration put together by @otherhalfnyc to support hospitality workers. Proceeds from this batch will go to @southernsmoketx. For our version we cooked a classic NEIPA double dry hopped with Citra, Simcoe, Cascade, & Mosaic 🍻🍻🍻 6.5%

St. Elmo Brewing Company : Released All Together IPA on May 22nd

Bryan Winslow, from St. Elmo, said he signed up for the collaboration as soon as he heard about it. He states that St Elmo is a very community focused brewery. It’s been a part of their mission from day one to work with and in their community as much as possible. For the recipe they followed the guidelines pretty tightly, with the exception of using their house Kolsch yeast, not Chico (an American ale strain.) On how the beer helps the community, Bryan says, ” The first thing this beer helps is our brewery.  It connects us with the brewing world and will be actual sales for St Elmo that supports our Front-of-House team.  Secondly, we will donate 50% of the profits from this project to Southern Smoke Foundation, which directly helps food and beverage workers in Texas.” St. Elmo is sold out of this beer.

👉🏼𝐀𝐥𝐥 𝐓𝐨𝐠𝐞𝐭𝐡𝐞𝐫 is HERE! We brewed this West Coast IPA as part of a worldwide collaboration to raise money for the service industry workers impacted by the COVID-19 pandemic. Brooklyn's @otherhalfnyc started this project, created an IPA recipe, and did the artwork — participating breweries then brewed their own version of the IPA. Our version of All Together is a crisp, bitter, and bright West Coast-style IPA. (6.5 ABV) and is available *** NOW in 4-packs, online-only and ready for pickup at NOON today. (Warning: Very limited.)⁣*** 50% of profits from our beer will be donated to @southernsmoketx, a non-profit organization devoted to helping people in the food + beverage industry! #alltogetherbeer

Vista Brewing : Released All Together IPA on April 21st

There are many great reasons for breweries to join this collaboration. Vista Brewing joined because collaborations and giving back to the community are a core part of their company’s mission. Karen Killough, co-founder of Vista, says, “It’s really a genius initiative — a global effort with the synergy of the recipe, graphic design, and even label printing —building a big media presence to benefit and bring awareness to hospitality workers who may be struggling.” The open-source recipe gives two options: a NEIPA and a West Coast IPA. When it came to brewing the beer, Karen states that there was no choice for their brewmaster, Pat, who came to them from many years in the San Diego brewing scene. Vista brewed a classic and easy-drinking West Coast IPA. To make it their own they used their aquifer-fed well water.

Vista believes that giving breweries the choice to select their local beneficiary is a really awesome idea.  Vista chose to benefit its hyper-local community in Driftwood, TX.   Stating that Driftwood is a community of ranchers, first, but also a small community of family-owned hospitality businesses.  Vista chose to put their dollars back into these businesses by purchasing meals from Dripping Springs restaurants operating to-go services and donating those meals to Vista’s own employees who are on furlough 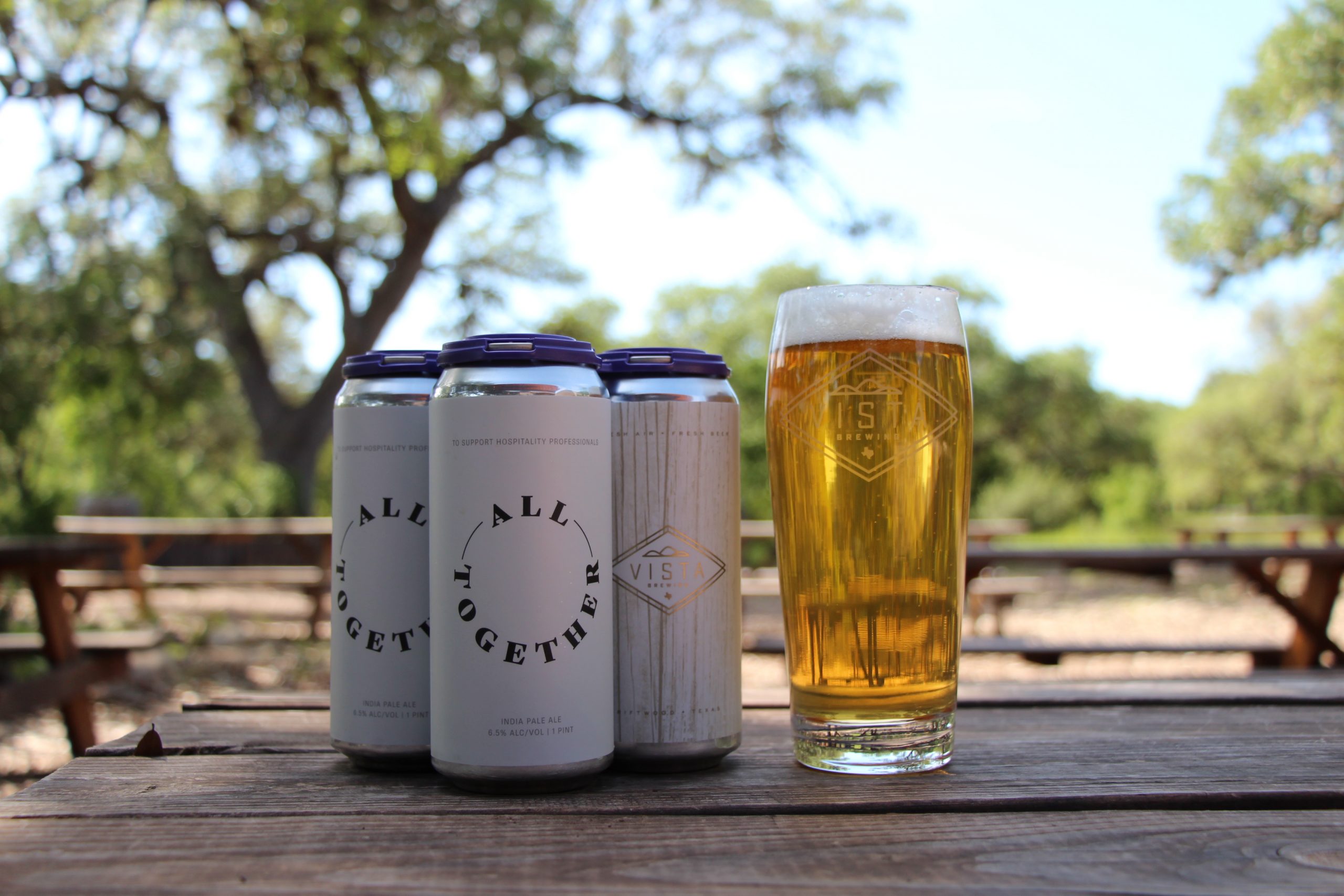