Founders Kris and Ryan will be there to guide you through the beer tastings.

Beer Flyers are 21 and up only. Seating is limited.

All cars are pulled by our 1960 Alco diesel locomotive.

Parties of two may be seated at shared tables.

This train ride is 3 hours round trip with no layover.

Pictures from the Bluebonnet Beer Co and the Beer Flyer

The name of the brewery was inspired by the community – located on Whitestone Boulevard, the name also reflects the actual stone found in the area. The theme for the beers at Whitestone Brewery is a wide variety with a focus on quality. The lineup consists of six mainstay beers that represent core beer styles: Konverter Kolsch, Long Gone Blonde, Boondoggle Brown, Siesta Saison, Lovely Day IPA, and the Porch Daddy Baltic Porter. Along with the mainstays, the brewery will produce seasonal beers in a variety of styles.

Currently you can only find Whitestone beers at the source. You’ll need to head over to the brewery to get your hands on their beer. They do both growler and crowler fills, you are able to get them to go. The brewery will likely start to distribute to local bars later this year (2016). 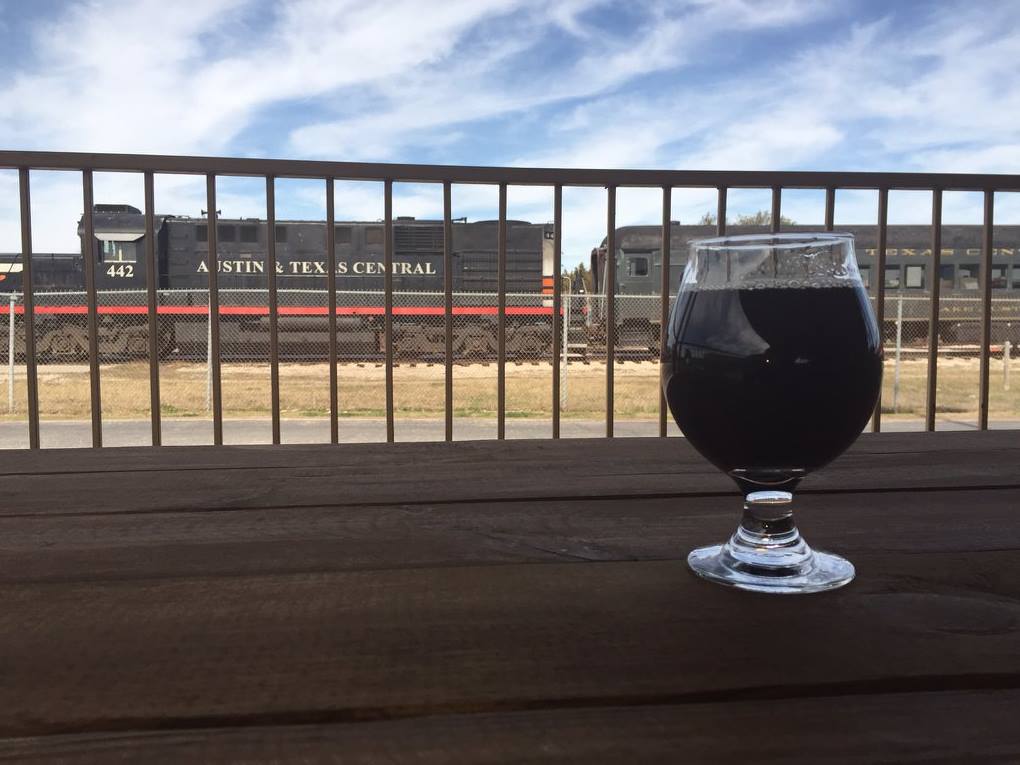