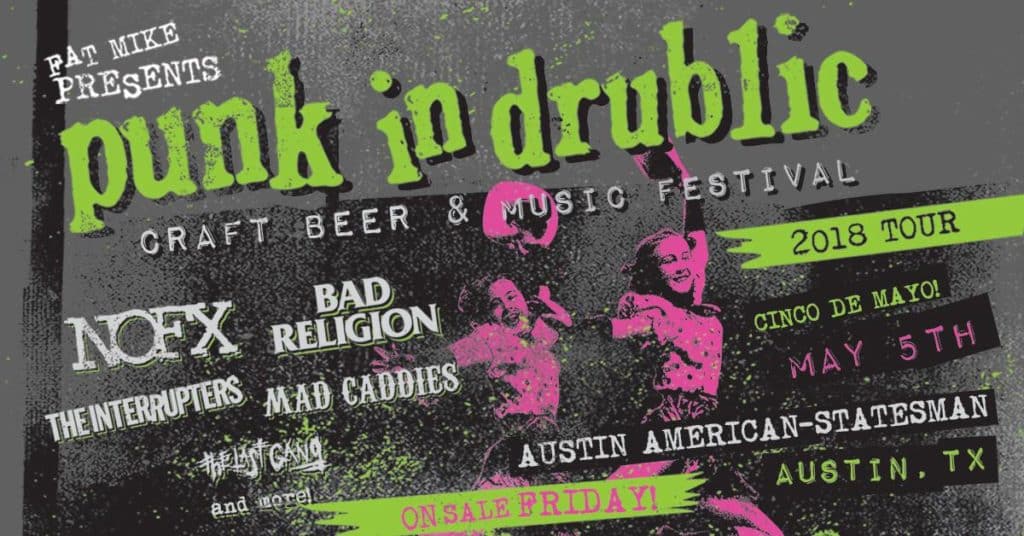 Due to effects from the recent situation with NOFX in Las Vegas, Punk In Drublic is unfortunately no longer able to continue as a tour.

The September 22 show scheduled for Circuit of the Americas in Austin, Texas has been canceled. Refunds will be automatically given from point of purchase.

Punk in Drublic expands it’s tour this year by kicking off in Austin on May 5th featuring performances from NOFX, Bad Religion, The Interrupters, Mad Caddies, and The Last Gang along with a stellar line up of craft beer. Per the website,“this Punk In Drublic festival date will feature up to four hours of craft beer tastings featuring over 100 craft beers, including some of California’s best and local favorites. Craft beer tastings are included with admission.”  I caught up with Fat Mike from NOFX to find out more about the event.

This is the first time that the Punk in Drublic Craft Beer & Music Festival has made it to Austin, what can craft beer fans expect?

Well, there’s free beer and 5 outta 6 great bands and around 7000 old punk rockers…. so expect a peaceful, pleasant afternoon…. I mean, what could possibly go wrong?

How did Punk in Drublic get started?

John Reese and Cameron Something asked me if I wanted to do a show called Punk in Drublic with 21 bands and 21 beer companies. I said if you get Bad Religion to do it, I’ll do it. They didn’t get Bad Religion, so the show never happened. Six months later they approached me again. I asked if they got Bad Religion. They did. So we started planning not just a show, but an event that we would take all across the world. I’m so stoked on how it turned out. It’s a show that I would go to. That’s the idea. We made a festival that WE would love to go to. That’s it. Yay!

Stone Brewing has partnered up with Punk in Drublic to create a special release, what can you tell us about the beer? What was the inspiration?

All I can say is that They listened to me about what kind of beer I wanted. It’s not too strong and reminds me of when I first started drinking Anchor Steam when I was 21 in SF. I even got to pour in the hops. It was Cameron’s idea. Let’s put the most independent punk band with the most independent beer company and race fast cars on a figure 8 race track. Well, that didn’t happen, but we are putting on a really fun punk show FOR ADULTS!!!! 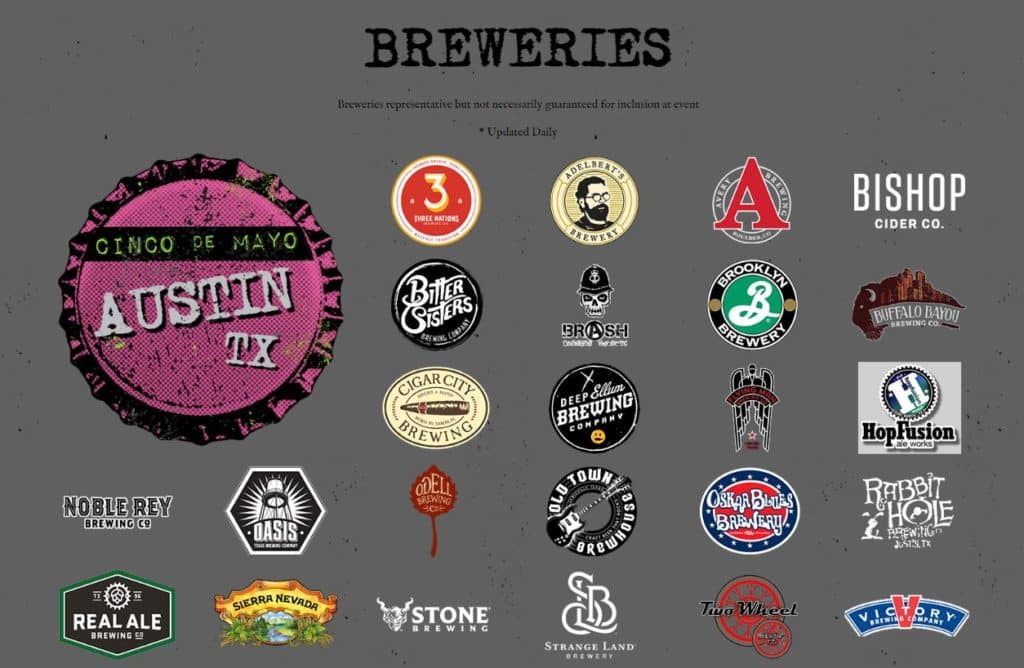