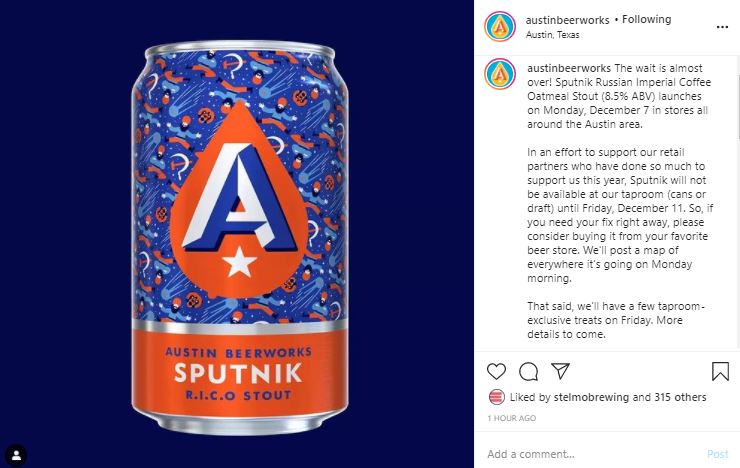 McGregor | Irish Red (is back on tap)

Sputnik | Russian Imperial Coffee Oatmeal Stout | In stores on Monday, Dec. 7th and in the taproom on Friday, Dec. 11th

“You can grab the anniversary bottle (200 available) and “4” aveiro goblet on 𝐒𝐀𝐓𝐔𝐑𝐃𝐀𝐘. Both will be available for purchase online and in the brewery. FOUR will be on draft at noon Saturday (reservation required).” 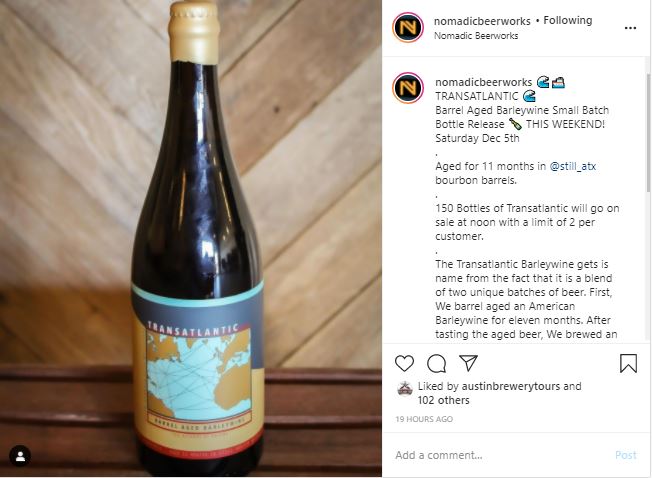 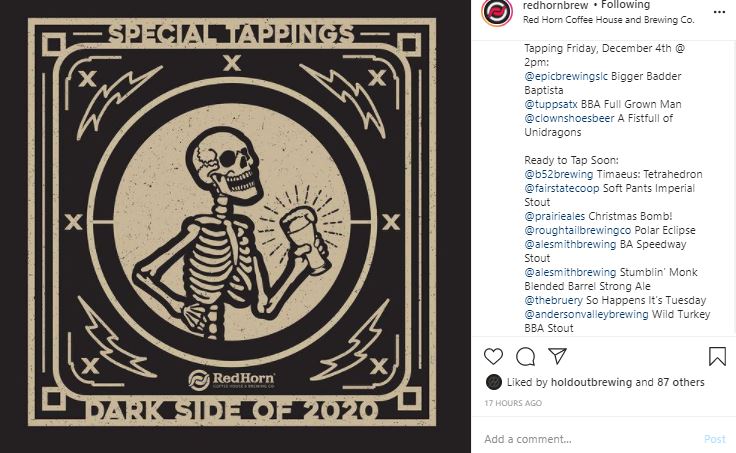