Respect Your Elders | Newest Small Batch Brew made with Elderflower

Schwarzengiggles |Schwarz Bier | (Is Back) 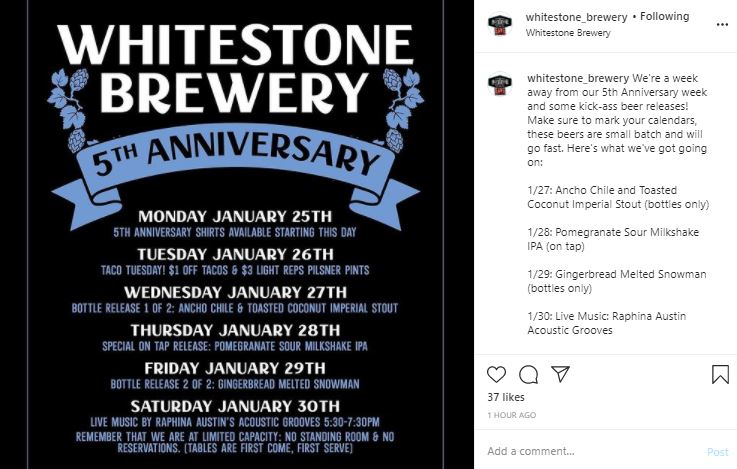 Tuesdays on the Half Shell | Every Tuesday 3-10

Cookies & Craft Brews At-Home Pairing | Pre-order by Monday, Jan. 18th | At-Home packages will be available for pick up starting February 24th and there will be a virtual Zoom tasting at 4PM on Saturday, February 27th.

One Shot Distillery and Brewery