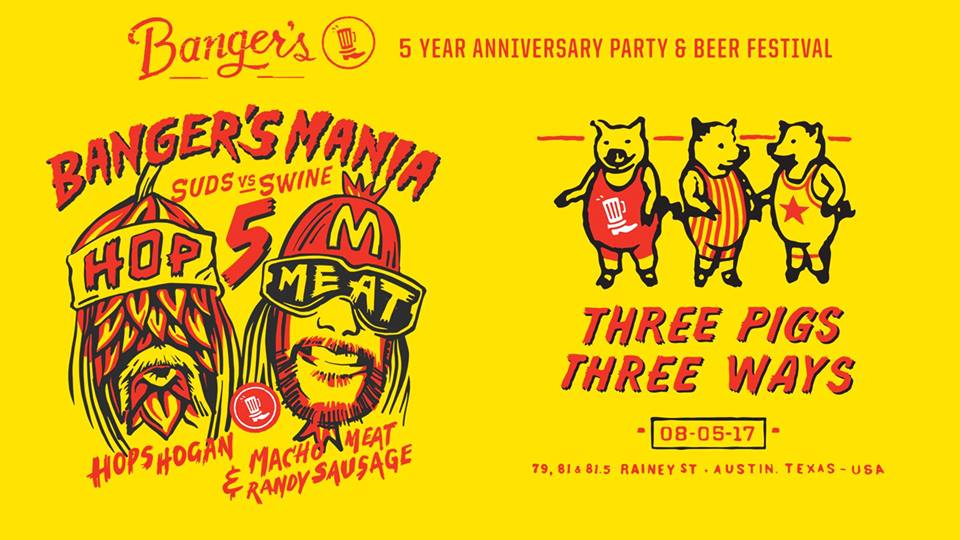 DESCRIPTION: Banger’s Sausage House & Beer Garden, home to the city’s widest selection of handmade sausages and craft beers, celebrates five action-packed years with a party and international beer festival on August 5, beginning at 11 a.m. The event features live local music all afternoon through the evening, three whole pigs cooked three ways, a specially curated beer lineup with the release of at least four special collaboration beers, and a Meet the Brewer: Ask Me Anything lineup. An hourly raffle will be going on to benefit a local charity – the prize will be one of the new Banger’s growlers filled with Pinthouse Pizza’s Electric Jellyfish IPA.

For more information, check out the Banger’s event page at https://www.facebook.com/events/

TICKETS/PRICE: Free entry
Tickets for raffle given with each
​$15 ​Smokeout plate, but you can buy additional tickets for $5 each. Profits will go to charity.

Banger’s Sausage House & Beer Garden offers one of the Lone Star state’s widest and most innovative selections of hand-crafted sausages and craft beers. Opened in 2012 in the heart of Austin’s Rainey Street, Banger’s has more than 100 craft beers on tap. The menu includes an array of exotic, traditional and vegetarian sausages, creative plays on comfort food favorites and a Southern style, big band brunch every Sunday.

The beer hall and beer garden seats approximately 450 at communal tables and regularly feature live music from local acts. Lunch is served Monday through Saturday, starting at 11:00 a.m.; dinner seven nights a week starting at 4:00 p.m. and Sunday brunch from 10:00 a.m. – 4:00 p.m. Reservations are available Monday through Wednesday. Banger’s is available for private functions seven days a week. For more information, call Banger’s at 512-386-1656 or visit bangersaustin.com, follow on Instagram, Facebook and Twitter. ​ 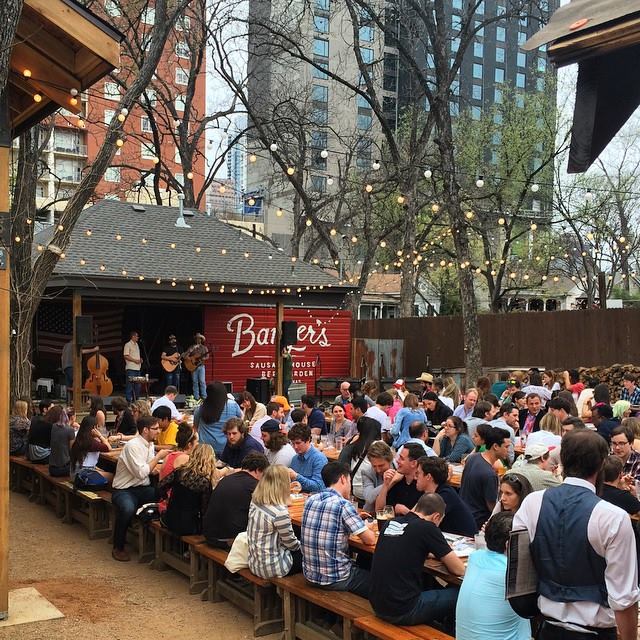