“Beer is what brings us together, but the relationships are what make us stay.” | Sarah Eshelman, Beer Necessities Austin Founder

Beer Necessities is a very casual group of Austin women and those that identify as such who get together to drink & discuss craft beer, making wonderful connections along the way. Established in September 2014, the group typically meets several times a month at various bars & breweries around Austin. Remember pre-COVID when meeting up with groups of people was the norm? Beer Necessities offers everything from laid back cheers sessions to learning from women in the industry, as well as behind-the-scenes brewery tours. Beer culture is often male-centric, so this group allows women (drinkers, brewers, bartenders, and beyond) an opportunity to meet other beer-loving women while sharing delicious beverages and stories along the way.

This September marks the group’s 6th Anniversary, and the organizers are determined to continue the festivities of celebrating women coming together through beer…socially distanced, of course. Karen Brown, Pam Catoe, and Melanie Ross currently co-organize events for the group and are thrilled to share some upcoming event details! 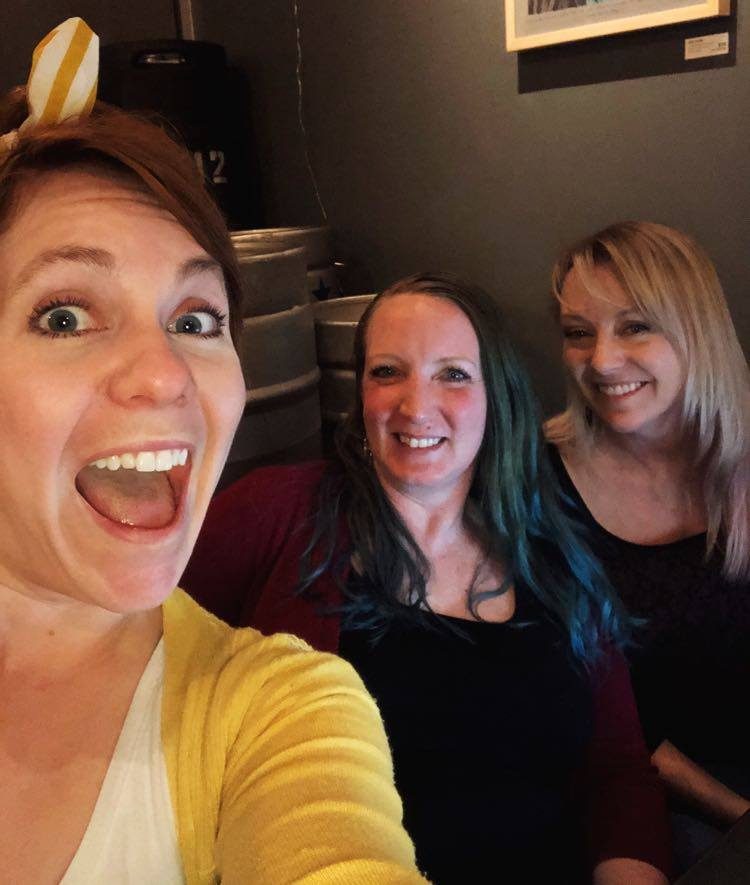 What is the History of Beer Necessities, you ask?

The Meetup group was formed by Sarah Eshelman who currently resides in Seattle. Thanks to her inspiration, there are currently sister chapters in Seattle, Chicago, Philadelphia, & Portland. Eshelman’s motivation for starting the group & continuing to support chapter openings all over the U.S. comes from a genuine regard for creating “all-women” spaces. She noted, “I love beer, I love learning about beer, and I love hanging out with other ladies who love beer. I strongly believe that all-women spaces are incredibly important. There’s an automatic ease and confidence that comes with all-women spaces — there’s no ulterior motives, there’s less judgement, there’s a feeling of “just hangin’ with the girls” that is pure magic.” 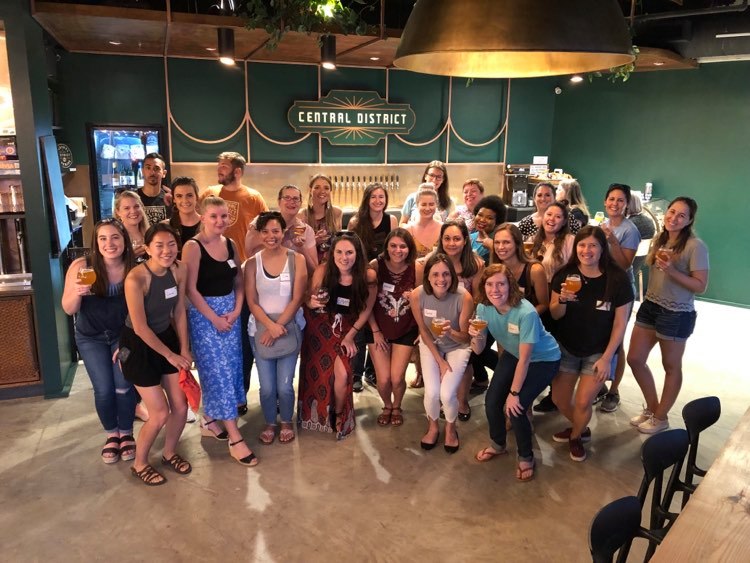 What to expect for the 6th Anniversary?

Each year Beer Necessities links up with a local organization to fundraise for, and this year is no exception. With Covid19 surging, the organizers have opted to support 3 groups in an effort to spread support to multiple Austinites affected in different ways. All raffle money raised will be donated to the African American Youth Harvest Foundation helping address disparities and ensure access to vital educational, economic, and enrichment resources to underserved, at-risk youth and their families on their path to self-sufficiency, the Mike & Sherry Project, which aims to create accessible mental health counseling specifically to our Austin bar and restaurant community during Covid, & the Central Texas Food Bank, helping to fight hunger in Austin. 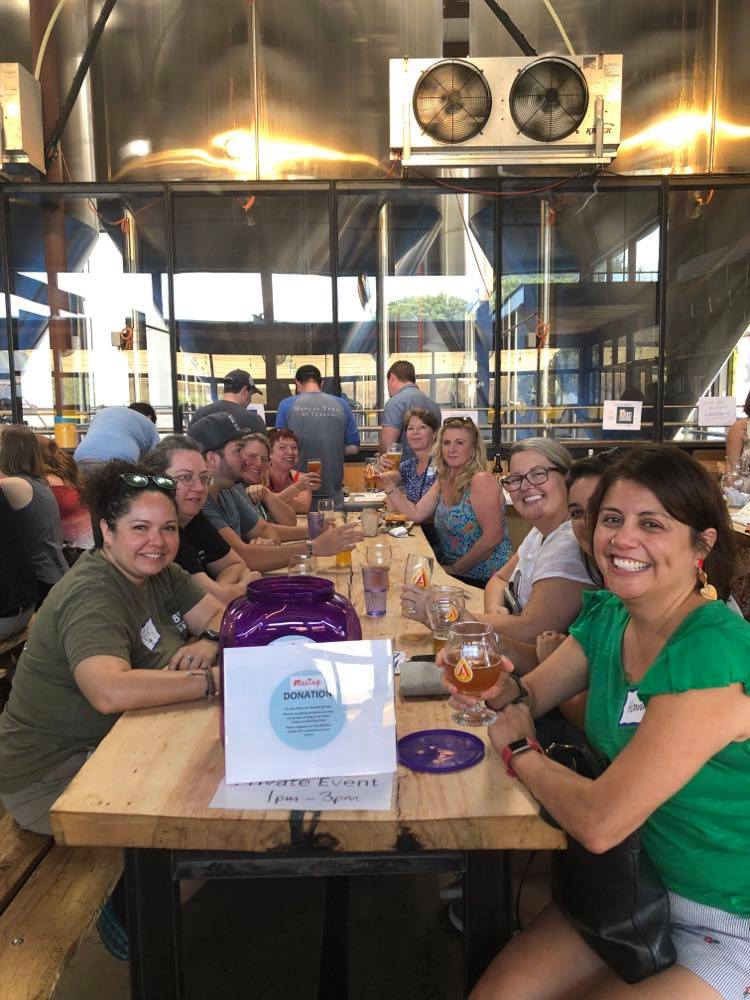 Plan for the “Party”

The Anniversary Party will take place via zoom on September 12, 2020 from 3pm – 5pm. Become a member to receive login details to join the festivities. Join the Meetup group or via Facebook.

*If you aren’t following any of the breweries you happen to stop into, please do!

If you are a woman in Austin, whether you are a longtime resident or recent transplant, a beer guru or a total novice, as long as you are interested in craft beer & sharing it with other women, Beer Necessities would love to have you! Join the Meetup group, or via Facebook. You can now find Beer Necessities on Twitter & Instagram as well. 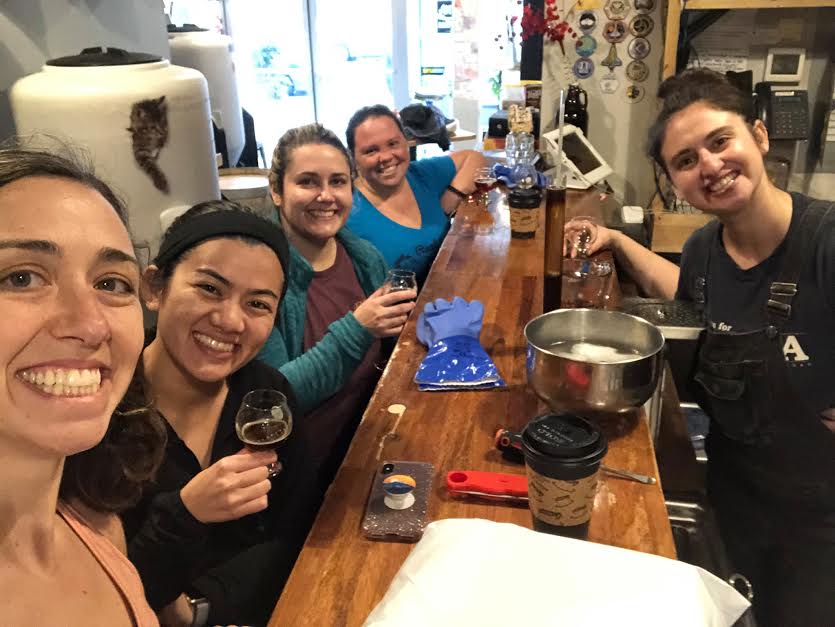 Eshelman also offers streamable Beer Barre classes. Although on a hiatus for the summer, you can enjoy them on her website. Before the pandemic, she taught barre fitness classes in a brewery (using the bar as the barre…how clever!) & would celebrate with a group beer afterwards. “I wanted to bring together my loves of teaching fitness, drinking beer, and connecting people.” When the lockdown happened, I moved Beer Barre online. I’d stream a live barre class on Facebook, then pour myself a beer and dance around my living room. Students would join from all over the country!” Since moving to Seattle Eshelman misses most Austin dark beers that she grew to love so much. “Some of my standards were 512 Pecan Porter, ABW Black Thunder…My fave seasonals were 512 Cascabel Cream Stout and ABW Sputnik.” All great choices, Sarah!