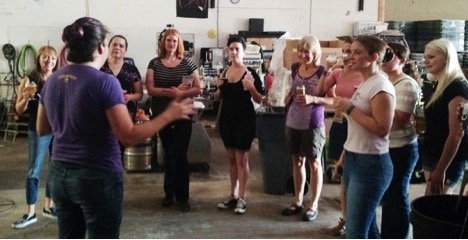 Al the events have a casual vibe and the women that participate run the spectrum of beer knowledge from the basics to full-blown beer nerd.

The group relaxes in the tasting room to the tunes of The Lonesome Band while Amy and Debbie cut up fresh mangos and load them into a Randall connected to the newest Independence release, Red Bud.

The result is a mango-infused Berliner Weisse, a slightly sweet, slightly tart refreshing beer with chunks of fresh mango. 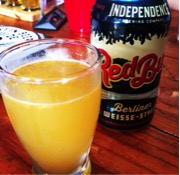 With a Red Bud Mango in hand, the group embarks on a tour of the brewery and a short history of the Austin beer culture.

Amy and Rob Cartwright started Independence in 2004 with 3 mainstay beers and a 14-barrel brewhouse system. Today, the brewery has doubled in size, expanded their offerings to six mainstays and four seasonals.

They revamped the tap room and installed a new 60-barrel system.

There are additional plans on the horizon to include a pilot system and barrel experimentation. Only a tour of the entire brewery space gives the full impression of how much the brewery has evolved.

Sarah from Beer Necessities, does a great job of putting together engaging, educational and downright fun events with the intent to unite the women in the Austin beer community. If you want to learn more about beer and the people behind it, or just want to join a group of beer loving women, check out Beer Necessities Facebook page. 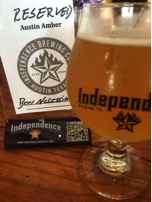