Beer with Gin | The History of St. Patrick’s Day 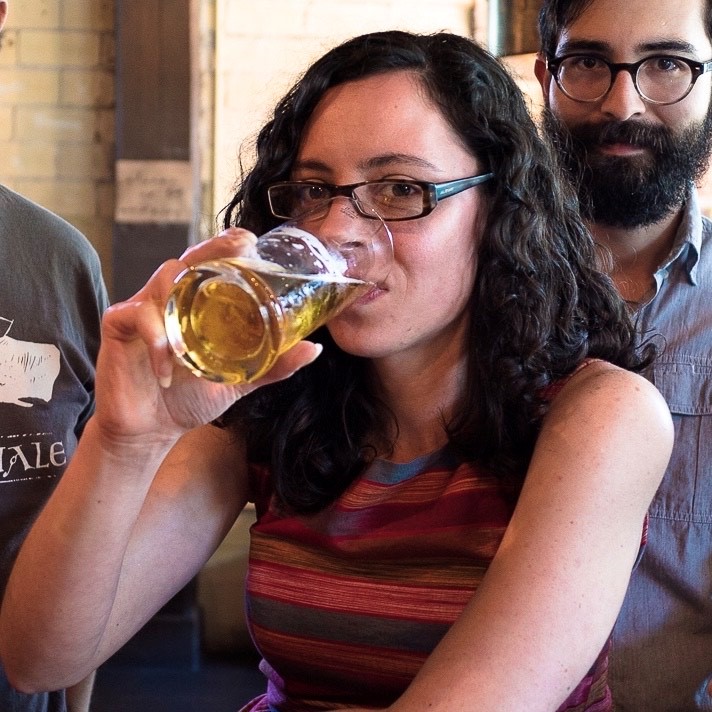 Welcome to our series “Beer with Gin” where we hear from local beer expert Virginia (Gin) Benavidez, co-founder of The Beer Museum to discuss the origin of St. Patrick’s Day.

If you’re like me, then you probably celebrate St. Patrick’s Day by drinking way too much, telling people you’re wearing green panties, and constantly singing all the lyrics you know to “Danny Boy,” which means you really just sing the first line about the pipes calling over and over again. But you’re at least sure to pronounce the word “poips” to make it sound super authentic. (Good job.)

Why do we do this? How did St. Patrick’s Day become the drunken celebration of all things green and Irish that it is today? I wondered this myself, so I took to the library to find out. I thought I would find the answer in researching the history of St. Patrick, but I was way wrong.

I went into this knowing that I knew practically nothing about St. Patrick. I knew he was the patron saint of Ireland, so I figured that meant he was the saint of clovers and potatoes and beers or alcoholic coffees or something. However, after perusing three different biographies about St. Patrick, I found out that not only did I have no clue who St. Patrick was, but pretty much nobody else does either! Somehow that was comforting.

What we do know about St. Patrick is he is indeed the patron saint of Ireland. He was captured from Roman Britain and taken to Ireland as a slave when he was a teenager. After several years he escaped Ireland and returned to his family, but eventually made his way back to Ireland to teach Christianity to the people there. He is credited with converting all of Ireland to Christianity, but that claim, along with several others, has been disproven over time. There were other Christians preaching in Ireland before St. Patrick’s arrival, so it’s unlikely that St. Patrick achieved their Christian conversion single-handedly. It is apparently also untrue that he rid Ireland of snakes and taught about the Holy Trinity using a shamrock as a comparison, but these are still the legends that are attached to his name. 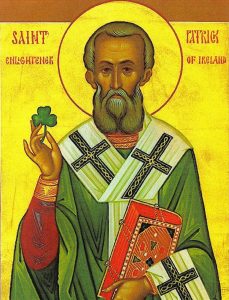 When it comes down to it, we don’t even know when or where exactly St. Patrick was born, nor when or where he died. He lived at the turn of the 5th century, but his birth and death dates are debated even now. Regardless, St. Patrick’s Day has been celebrated on March 17 since at least 900AD, as March 17 was believed to be St. Patrick’s date of death for a long time.

Patron saints are celebrated on the days of their death with a “feast” day (in this context, feast doesn’t mean a meal, but rather just a time of observation), as their day of death was their “birth” into heaven. So initially, St. Patrick’s Day was simply a religious holiday in Ireland called the Feast of St. Patrick. The giant party we associate with St. Patrick’s Day actually evolved over time in America, believe it or not. I’m guessing you believe it because America is always looking for an excuse to party. Why else would we have invented birthdays and the Super Bowl?

The celebration of St. Patrick’s day was, of course, first brought over to America by Irish immigrants. As with many groups migrating to America, there were different waves of immigration. The Irish who came to America in the 1700s were largely Protestant, and it’s in the mid-1700s that the first St. Patrick’s Day parades were being held in various parts of the Thirteen Colonies. From what I understand, these parades wouldn’t have had any particular color scheme associated with them. Though if they did, that color wouldn’t have been green. Blue was more closely associated with Ireland at this time and orange was the color affiliated with Irish Protestants.

The next big wave of Irish immigration to America happened in the 1840s-1850s when Ireland was experiencing the infamous Potato Famine. This time, it was large groups of Irish Catholics who made their way to the U.S., where they weren’t exactly welcomed with opened arms. Upon arriving in America, Irish Catholics were treated very poorly on account of their religious and political beliefs, as well as their social status. Over time, though, Irish Catholics came to realize that their numbers allowed for great political influence. By the 1880s and 1890s, Irish Catholics could be found in positions of high political power, which seemed to be a sign of their acceptance in the U.S.

It’s around this point that the relatively subdued St. Patrick’s Day parades start going OFF. THE. CHAIN., so to speak. With so much Irish representation in the U.S., it was time to go all out! Roll out the barrels of beer and whiskey, decorate with shamrocks, and saturate everything in the color of the Irish Catholic Nationalists: green. Wild St. Patrick’s Day parties and parades have become so popular that they’re actually held all over the world now – even in Ireland! Imagine that. It came full circle.

So, with all the work it took to get to this point, and with everyone taking part in the shamrock shenanigans, you basically have no other choice but to at least drink a green beer on March 17. And if you don’t, I’ll slap you. I know it’s supposed to be a pinch if you don’t wear green, but I make my own rules, and believe me when I say that if I don’t see a green beer in your hands this Tuesday, I will straight-up slap your face.