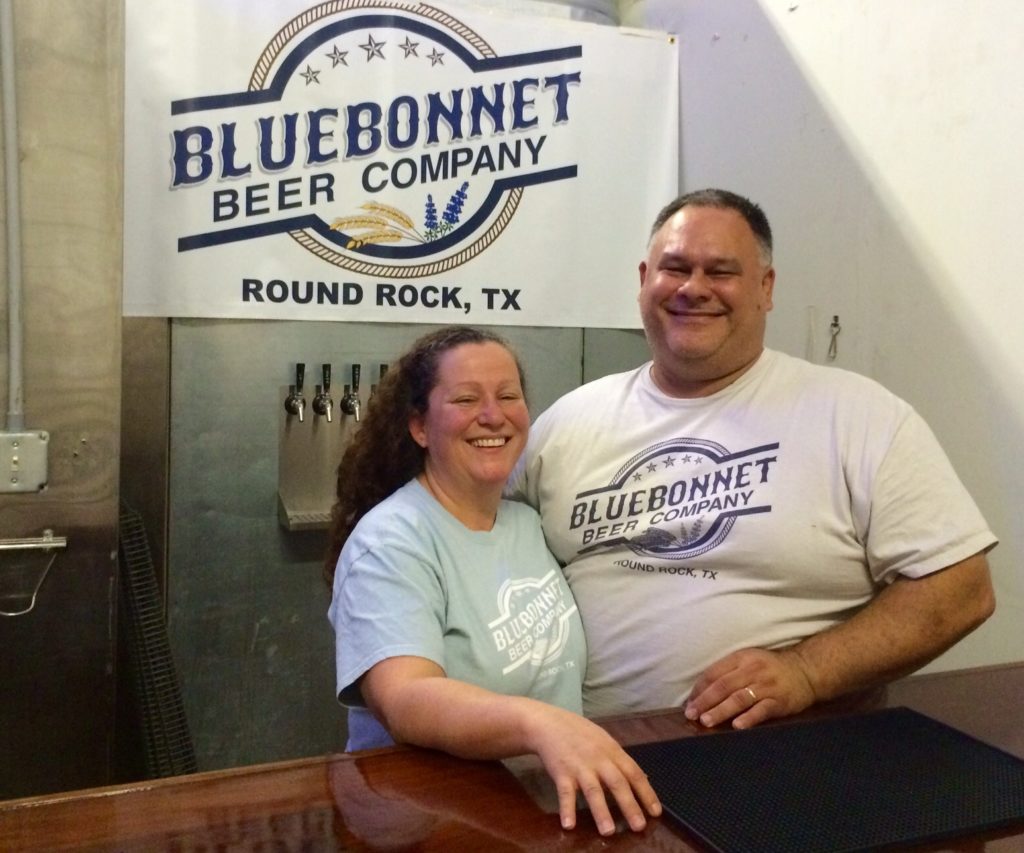 The People:
Situated in a non-descript industrial park tucked behind the Round Rock post office sits Bluebonnet Beer Company. The epitome of a small startup “nano” brewery, Bluebonnet Beer is the brainchild of decorated former homebrewer David Hulama and his wife Clare. David started homebrewing while studying Biology at UT in 1995. The hobby quickly turned into a passion as he progressed from brewing with extract to mini-mash and then making the jump to all-grain in his free time all while building his career at Dell. As craft beer began to boom in Austin in 2008, David and Clare decided it was time to take a big leap towards opening their own brewery by enrolling David into the Professional Brewing Program at University of California at Davis.

David excelled in the program, even participating in a 2-week internship at Stone Brewing in San Diego during a break in the program. All of his hard work paid off as David was one of only 13 students to pass the exam out of his class of over 30 student. David came back to Texas and as is often the case life got into the way. He settled back into his normal life with Clare and his three then middle-school-aged daughters. His old boss from Dell came calling offering a raise and promotion for David to return and his dream of opening his own brewery fell to the back burner. David and Clare made it a point to attend as many Brewer conferences to learn about the industry and David was thoroughly embarrassed at the Craft Brewer’s Conference in Chicago in 2012 where he bumped into one of his former professors from UC Davis and had to share the news that he had still not opened his brewery. The Hulamas returned to Texas with a renewed burst of inspiration and in December of 2014 they opened the doors to Bluebonnet Beer Company.

The Beers:
David is a purist when it comes to beer styles yet uses plenty of local Texas ingredients to add some flair and uniqueness to his portfolio. As Austin likes to keep things a little weird, David subscribes to the city motto to “Keep Round Rock Mildly Unusual” in offering a bit of a non-traditional line-up.

Texas Pecan Brown Ale – light to medium body ale with a nice blend of Chocolate and Caramel malts with a slight nutty sweetness throughout finishing dry, as do most of their beer.

American Amber Ale – more Pale Ale than Amber. Crisp “C” hops give a delightfully citrus and piney aroma and bright hoppiness throughout. Nice medium body with plenty of malt to backup all of the hop flavor. Based on David’s Gold Medal Winning entry from the 2012 AHA National Homebrew Competition.

Current Seasonal
Smoked Porter – nice restrained Rauchbier with just the right amount of Beechwood smoke that imparts a deep, intensity without resembling a campfire. Would be perfect with some fatty brisket.

Limited Release
Immortal 10 – “Kelley” Imperial Stout – The first in a new series of big beers all coming in over 10% ABV that commemorate one of the most horrific train accidents in U.S. history that took place in Round Rock in 1927. A passenger train collided with a bus carrying the Baylor University Men’s Basketball which was traveling to Austin for a game against the Longhorns killing ten students and athletes. Onboard.

It had a very nice creamy mouthful and body on account of the use of wheat and oats, but overall was a bit too sweet and unbalanced for my tastes. Although it would be interesting to see how this beer would age all by itself or perhaps barrel aged. It should also be interesting to see what other beers come out of this series, with an Imperial IPA and a English Style Barleywine being the next two styles to be featured. 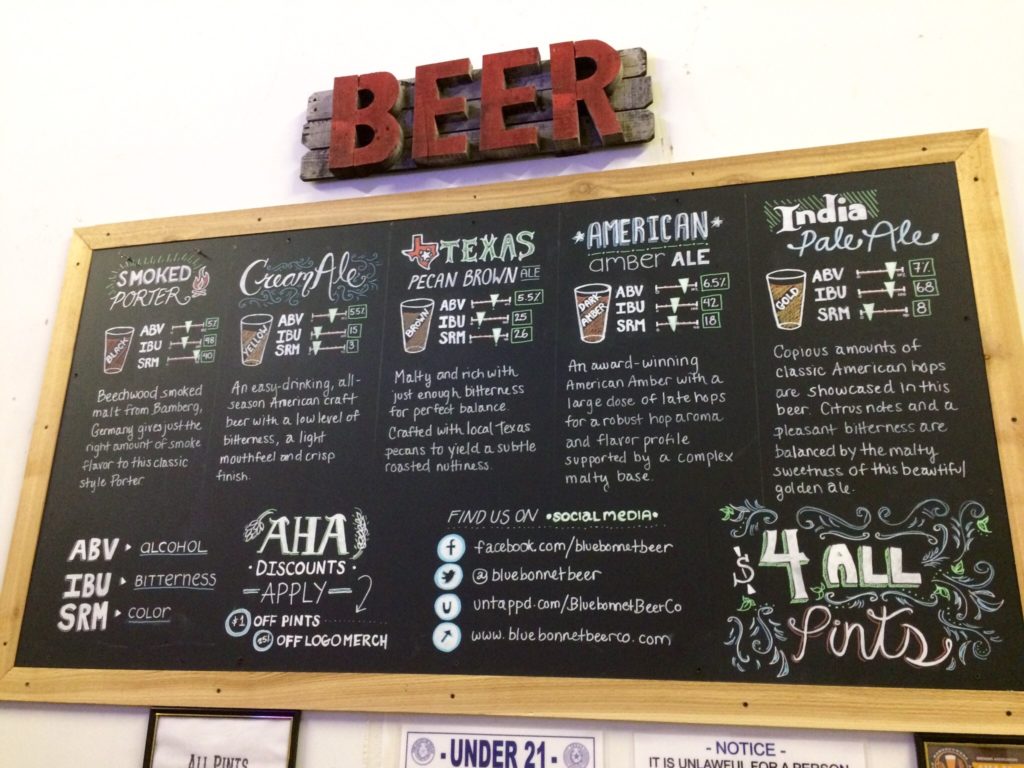 The Brewery:
In the true spirit of a small startup, Bluebonnet Beer began production on a Frankenstein-ed 1 BBL brew system making only 4 quarter barrel kegs at a time. Barely making enough beer to satisfy the growing crowds at their office park taproom, Bluebonnet Beer has been limited in their self-distribution only being able to satisfy orders for a handful of local accounts including The Brass Tap, Dig Pub, High Country Market, Greenhouse Crafts Foods and Flix Brewhouse. During the summer of 2015 they upgraded to a bigger, yet still tiny 4BBL brew system which allowed them to brew a respectable total of 150 BBL of beautiful craft beer in 2015. Building upon their steady growth throughout 2015 including a widely successful Oktoberfest party at the brewery, David and Clare are currently soliciting a new round of fundraising to substantially increase their production capacities in 2016. David is still working at Dell, moonlighting at the brewery while Clare handles most of the sales and day to day operations. It is David’s goal to be working full-time for the brewery as soon as economically feasible for both the business and his family. 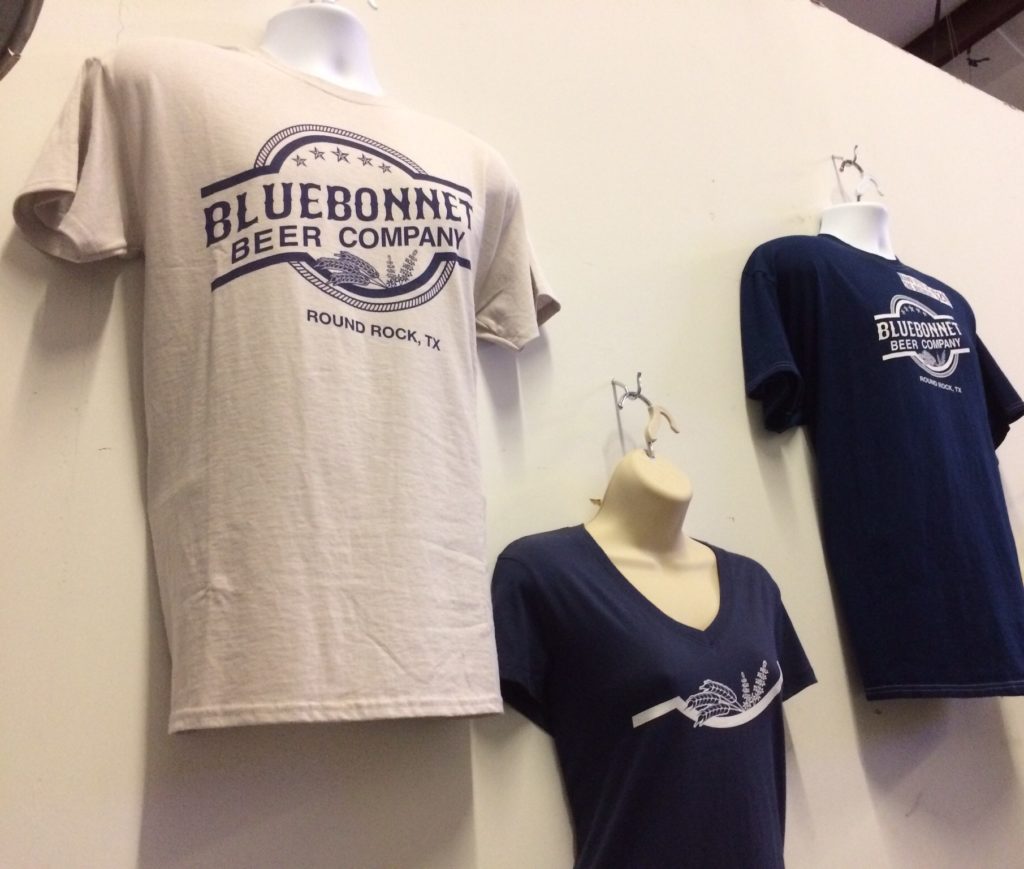 About David Siegel:
Growing up outside of Boston, I got turned onto craft beer while attending UMass-Amherst. After graduation, I headed out to Seattle where my thirst for good beer only grew first into a home brewing hobby, then a writing position covering “What’s Pouring in Seattle” for a national beer paper and eventually into a job in the industry as Sales & Marketing Manager for a small microbrewery outside of the city.

Moving to Austin in 2010, I was lucky to land with a large natural foods grocer running their beer, wine and cheese departments. In 2015, we moved up to Round Rock and I became a Stay at Home Dad to my beautiful daughter Avery. When not chasing after her, I love to cook, hike and follow my beloved Boston sports teams. 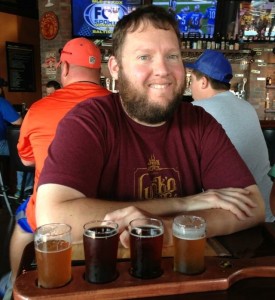