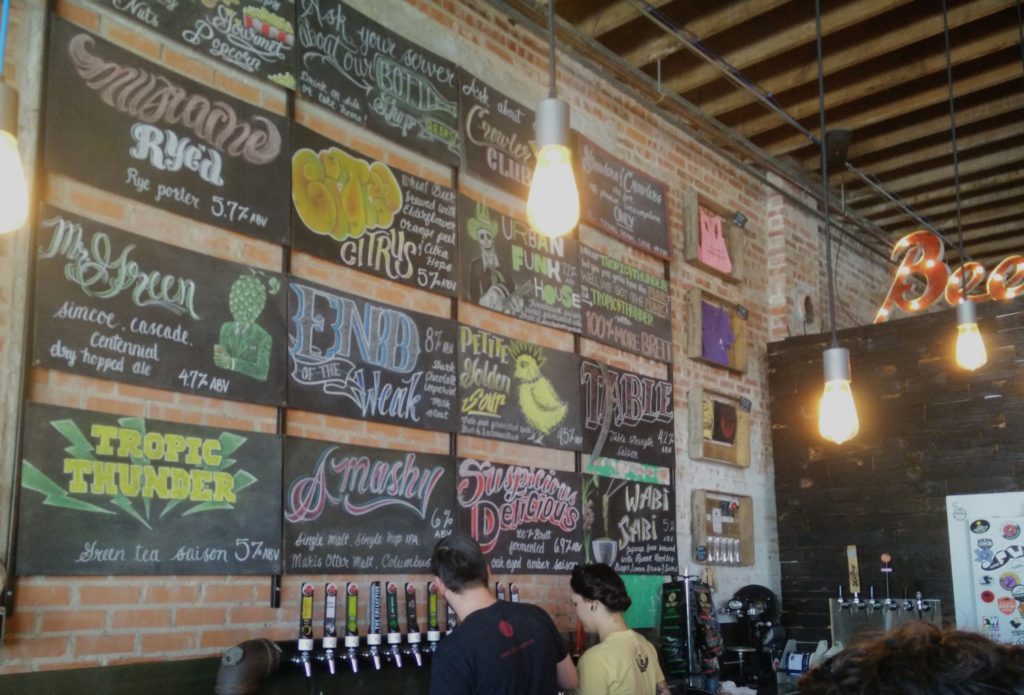 The Collective Brewing Project is located near the Southside of Fort Worth serving up fresh #funkytownbeer. On our way to Dallas from Austin we decided to stop by, check them out and say hello to our friend Tony Drewry aka the Beer Pedaler aka the Godfather of #ShotgunFriday. You can get there in less than 3 hours from Austin but I recommend stopping at the Czech Stop off 35 in West, Texas for some good Kolaches! 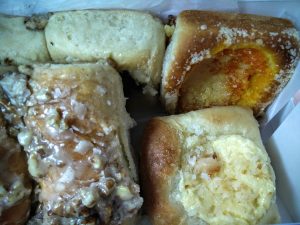 When we arrived, there was a Jester King-ish long line at the door.  We quickly realized they were having a special bottle release for their Blackberry Petit Golden Sour. The line moved quickly and before we knew it we were inside overlooking the taproom. There were two lines to the left side to order beers at the bar and one line to the right for bottles to go. We jumped on the left line and ordered several different types of beers to sample.

CBP has a really good and unique vibe about it.

Tony Drewry was working hard but found some time to take us on a tour and talk to us about The Collective Brewing Project:

Longtime friends, Mike and Ryan started with a love of home brewing and after a trip to GABF 2012 along with Ryan’s wife Tessa. They decided to turn their passion into a brewery. The result is one of the most unique small breweries in the state of Texas with lots of ideas for the future.

Collective Brewing Project has a 7BBL Brewhouse. The brewery’s focus is on the Sour and Funky Ale styles and few saccharo beers too. Their Barrel Program is at nearly 100 barrels consisting of mostly red wine barrels but they also a few Witherspoon Distillery Bourbon Barrels. Currently, they are the only ones that use a Foeder in North Texas. They do some primary fermentation in barrels, mixed culture fermentation, wood aging, fruit sours and Ramen beer – Wabi Sabi! 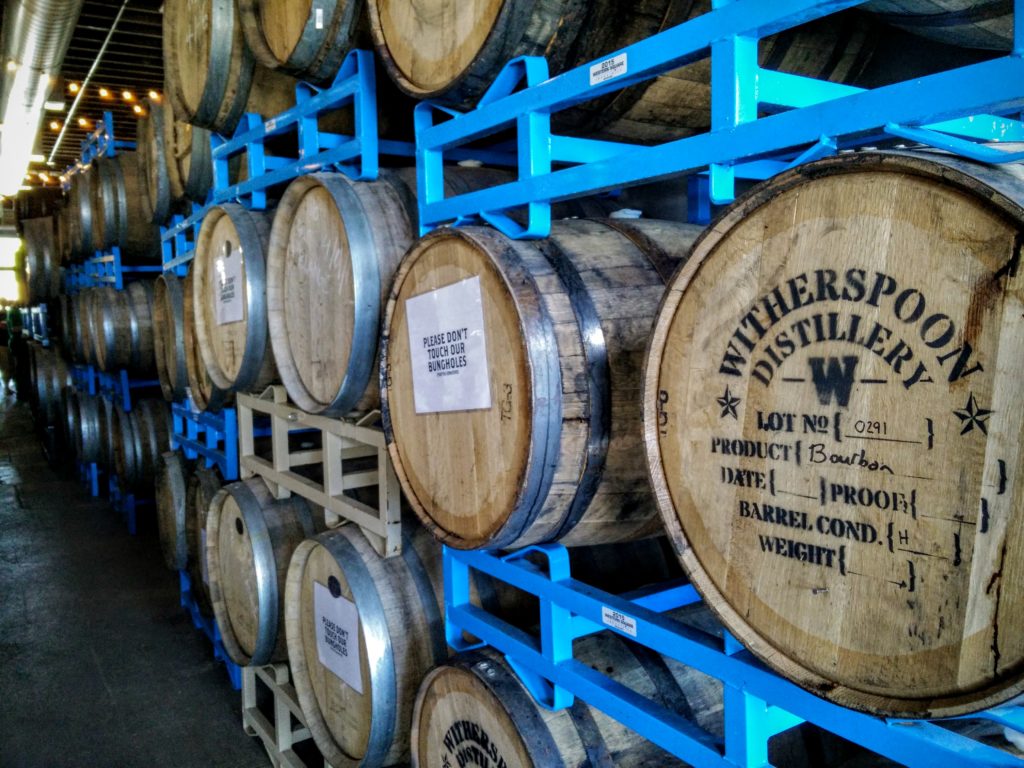 Every week they observe #shotgunfriday!

First Crowler machine in Use in Texas

Collective Brewing has a brewpub license and therefore, they are able to sell their beer to go in growlers, Crowlers, and 500ml bottles.

CBP has many projects in the works including Austin distribution beginning this month (June 2016 bottles and kegs) at select locations. Houston area and select statewide distribution is in the planning.

They have the longest running Beer Yoga in DFW and also love bicycles (actual bikes hang from the ceiling by the bottles to go area). 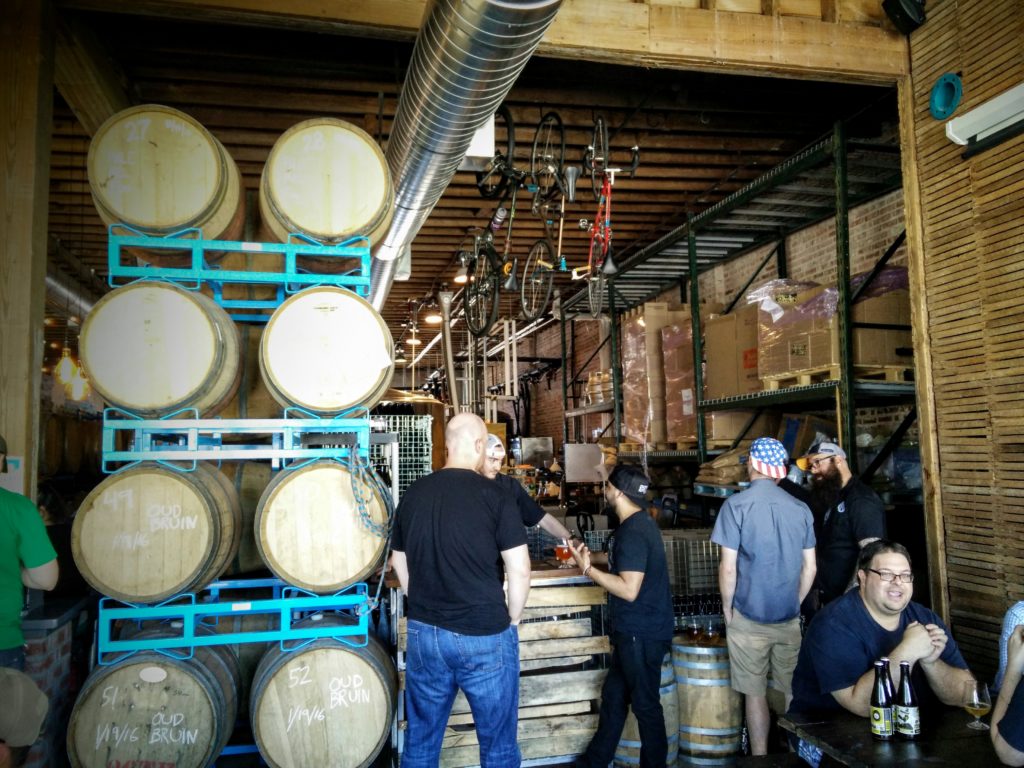 Collective Brewing Project will celebrate their 2 year anniversary this November 2016. 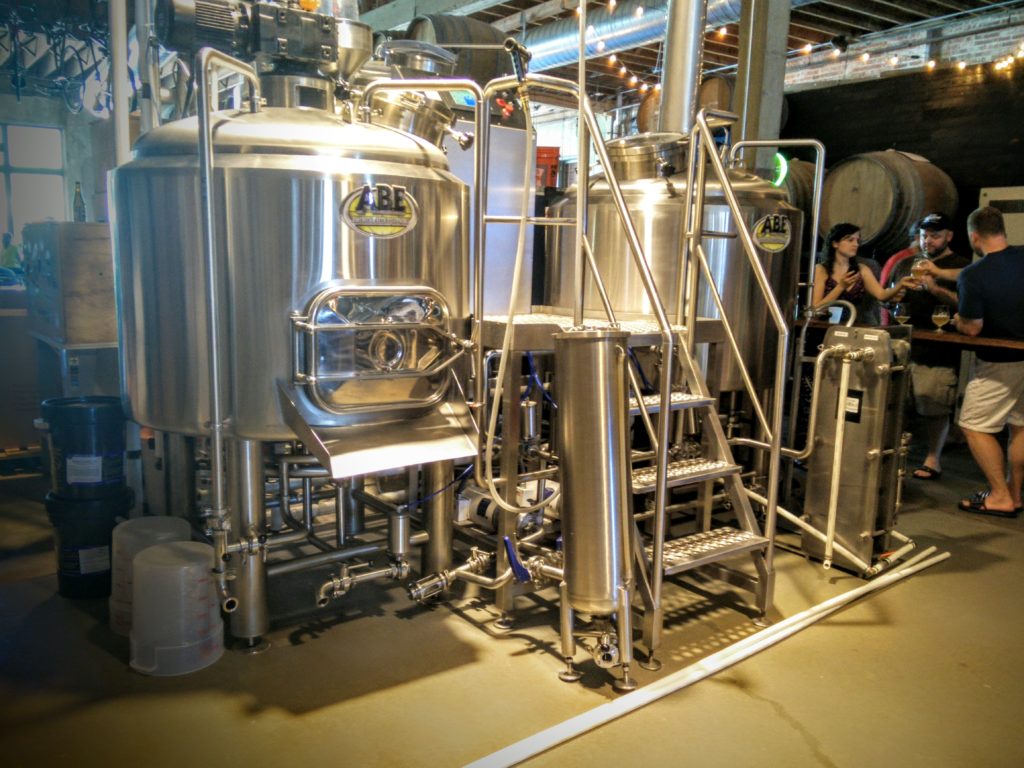 Again, if you are driving up to the DFW area, this is a must stop and tell Tony we sent ya! 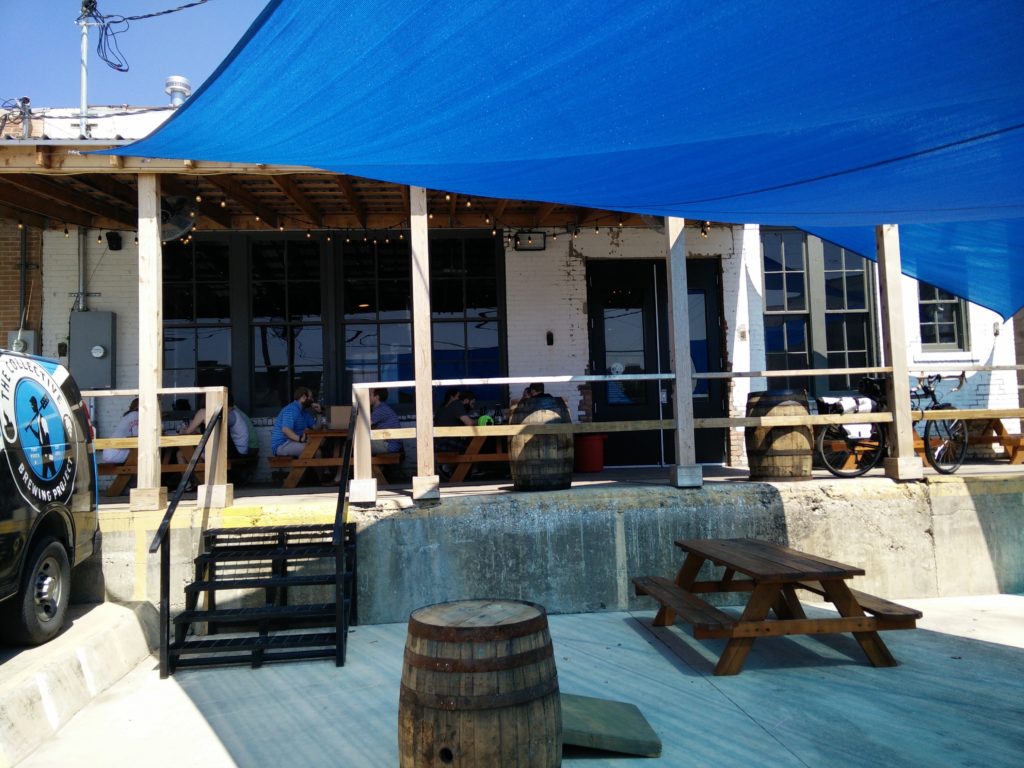