The Bruery from Southern California has announced that they are expanding into Texas: Spring 2016.

Benjamin Weiss, marketing director for The Bruery, told Craft Beer Austin that they will be launching in Austin the first week of April 2016. They will also be expanding to Dallas right after Austin followed by Houston and San Antonio sometime later in the year.

Below is our Q & A session with Benjamin from The Bruery:

Why Austin and why now?

We wanted to get into Texas for years. Texas is a big game. Timing has been about our capacity limitations. We had to wait until we had enough beer to send out to Texas. Austin is the perfect place in Texas to make the start. It is a young and hip city with a lot of cool bars. We do some out there beers and you guys have breweries in town like Jester King and Austin Beerworks that are doing fun stuff and lead the way for us to have an opportunity. It is the local breweries that started it all up and got everyone’s attention. They made them realize that there is something more out there than Shiner Bock.

Which distributor are you using for Austin and why?

Flood is the distributor for The Bruery in Austin. They were highly recommended by our friends from Jester King. Also, Flood has a similar vision as The Bruery; smaller independent guys who really understand craft beer, not the ones who are just trying to create a giant portfolio. Flood understands the craft beer market and that is what is important for us. We have no representatives (no sales reps) in any market therefore, it is very important to us to have a distributor who feels strongly about our brand and will help sell our beer.

What beers are coming first to Austin?

You will see everything, around 30 beers, from our year rounds. These are the beers that are coming out in the first shipment:

From Bruery Terreux
Saison Rue-  farmhouse-style ale brewed with rye and fermented with brettanomyces. Released year round.
Another specialty that will only be seen at one of the launch events.

You will also get 2-3 new beers every 2-3 months, seasonal, bourbon barrel aged, sour beers and random beers. You will get everything that the rest of the Country has been getting.

Where will be The Bruery launch party and when?

The first launch party will be at Jester King Brewery sometime in the first week of April (we are working on the exact date). Patrick Rue will be there for the Jester King launch party along with 3 other people from our team. Probably a few days after we will be doing some events in downtown Austin.

What has been going on in The Bruery?

In the last year or two we went through a lot of expansion. We launched the Bruery Terreux project in the last 8 months. This is a new brand that focuses solely on farmhouse-style ales fermented with wild yeasts as well as oak-aged sour ales.

The original ‘The Bruery’ brand will focus specifically on experimentation with non-wild ales, modern twists on classic styles and aging beer in bourbon and other spirit barrels.

Bruery Terreux, which translates to “Earthy Bruery”, first and foremost takes inspiration from the earth, presenting flavors in as natural of a way as possible, as nature intended. Wort will be brewed on our brand new GEA CRAFT-STAR brewhouse and then transported to Bruery Terreux’s own facility a few miles (about 3 miles) down the road. All fermentation, barrel aging and packaging will take place at this second facility.

Our current brands that are brewed with wild yeasts or bacteria such as Saison Rue, Oude Tart, or Hottenroth Berliner Weisse, are now brewed from Bruery Terreux. The recipes are the same, but will be overseen by wild beer specialists like Jeremy who came from the wine industry and will be bottled under the new branding. Exciting new beers will also be added to Bruery Terreux’s lineup.

We have completely different staff at two breweries, one who is dedicated to the sour side and people who are dedicated to the clean side. We focus attention on that and make the best beer as possible.

We are hoping to open a second tasting room for Bruery Terreux.

The biggest thing for us this year is launching in Texas! We are constantly innovating and trying to keep up with our brand.  Last year in 2015, we produced ~10,000 of barrels of beer. We spend a lot of time, energy and money, making sure we can put out the best product possible.

For us at The Bruery, it’s all about making the best beer. 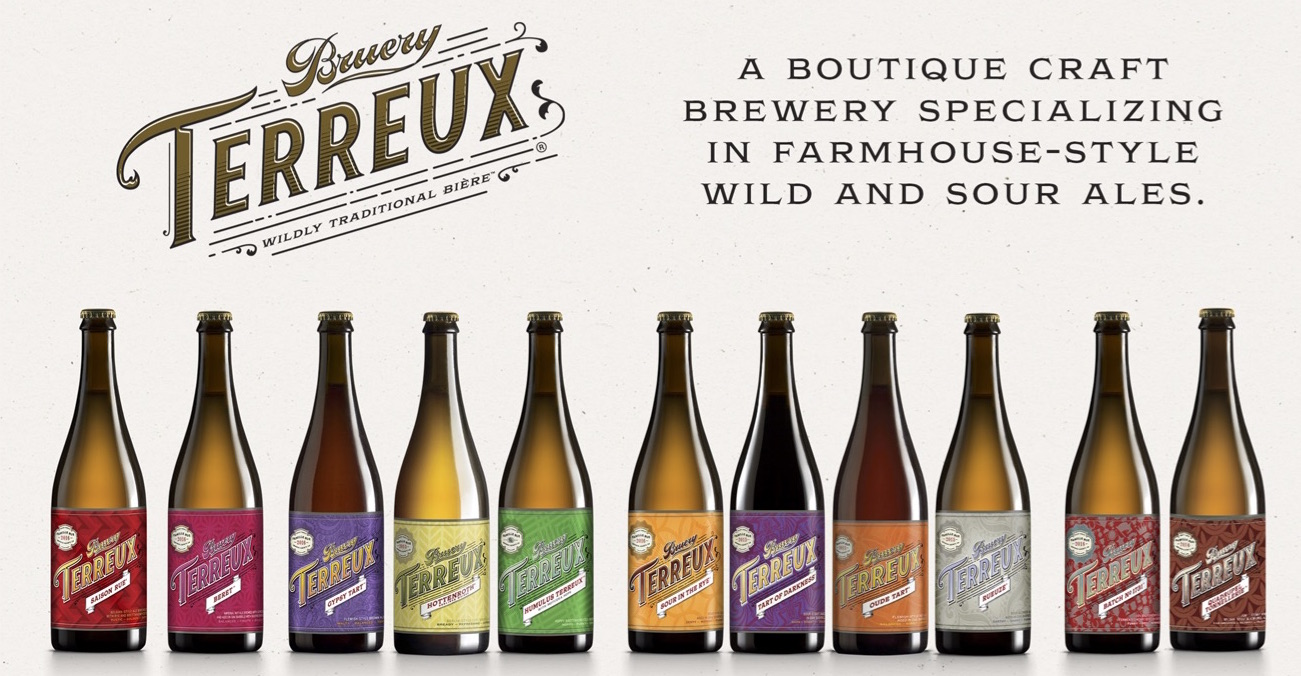 More About The Bruery:

Patrick picked up homebrewing as a hobby, later to become an obsession, as a distraction to the banality of law school. Soon he was winning numerous awards for his beers and driving his wife, Rachel, mad with the messes that he would leave on the kitchen stove. Upon finishing school, he took it upon himself to draw up a business plan rather than study for the California Bar exam – a risky endeavor that shows through still today in the creative, genre-tilting beers that The Bruery prides itself on.

The Bruery is founded on the excitement that Patrick felt in those first years of homebrewing and we continue to strive for that same passion in every aspect of our business today. We never stop challenging ourselves to develop distinctive & imaginative beers, constantly pursuing improvement in all that we do. We brew dozens of original beers each year with our list of ingredients and inspirations growing perpetually. Our collection of oak barrels has also become a primary element of our brewery. Nearly half of our beer is aged in wine or spirit barrels bringing forth flavors reminiscent of the Belgian countryside or classic American distillers.

We greatly value our customers as well as our employees at The Bruery and want to give them all an impassioned way to spend their time while sharing a beer worth talking about.