Much has changed in the Craft Beer scene both in Austin and beyond in the last several years. When we moved to Austin in 2012, there were maybe 17 breweries and now in 2019 we are at or approaching 70. But that’s just Austin…other Texas cities such as Dallas and Houston have seen similar or higher growth. Much of that, along with an increase of out-of-state Breweries, is available to the Austin Craft Beer consumer. We have also witnessed some of those Breweries bought out by big beer (Damn You Wicked Weed!).

Has Craft Beer peaked yet? Has the bubble burst? Is it slowing down? Will we see more closures?

On top of all that, it looks as though “Craft Distilleries” are on the rise. Are people’s palates getting bored with Craft Beer? Will Texas Bourbons be the new Juicy IPA?

To get some insight, we reached out to some of the prominent people from Austin Breweries to see what they had to say regarding:

“For 2019 as a whole in the craft beer industry, I think flat will be the new up for a lot of breweries and it will take new products in new markets to sustain much growth above 10Kbbl. In Texas, there’s room to grow to capture more market share from the biggest players, so I think we’ll see good growth across the board, although I suspect we’ll see more closures from breweries who aren’t differentiating themselves well or who require quick growth to satisfy investors. Hopefully, 2019 goes down as the year Texas brewers are permitted to add that finishing touch to the marketing experience of visiting a brewery – the ability to take beer to go for sharing with friends and family to spur them to ultimately purchase it again and again through normal retail channels.”

“We’ll continue to see the trend of lower alcohol beers and a shift towards craft brewed lagers.
As a note: Swifty’s theory is that the demographic of craft beer drinkers are getting older and hence their palates are shifting from “in your face beers” to lighter styles such as Kolsch and lager beers.” 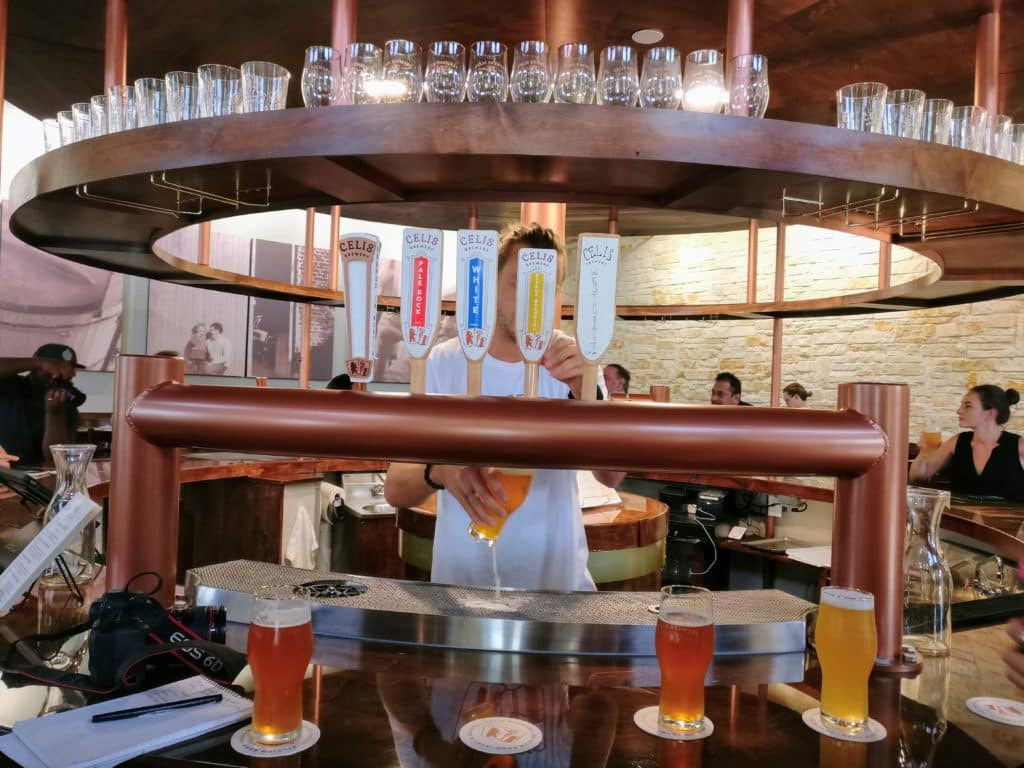 “The craft beer industry in Texas, and particularly in Austin, will continue to grow in 2019. We will likely have a few more breweries opening, as well as more brewpubs. I expect growth in brewpubs because don’t have to mess around with distributors and retail. They can be more innovative with small batches of beer and really play with food and beer interactions. The opportunity for exploring beer styles and innovation at brewpubs is endless. Texas is definitely a maturing craft beer market. We are absolutely way past the infancy stages and are catching up with more established areas like Colorado that had a strong craft beer industry since the 1990s. With that maturation, we are seeing much more competition. That competition brings about the possibility for the merger of breweries that aren’t able to go it alone. On the positive side, that competition will also result in a lot more collaborations between breweries. Not just local breweries collaborating, but also with breweries in other parts of the country, and internationally. VinePair recently recognized Austin as The World’s Top Beer Destination for 2019. That is a sure sign that we are arriving as an industry. With that type of recognition comes added expectations. Some breweries will have to step it up with quality and consistency. Consumers palates are much more refined and they expect better beer. People traveling from other locations to try our beer will come with high expectations. Those breweries that aren’t focused on quality and consistency will not be successful. It’s going to be an exciting year!”

“I think that 2019 is going to be quite a year for the beer industry, specifically in TX. My prediction is that we’ll see some pretty substantial overhauls to the alcoholic beverage code coming out of the sunset committee review of the TABC. Overall I’ve been incredibly impressed with the new TABC administration that took over after a disastrous 2017. They’ve taken a practical approach to enforcement and have engaged with all stakeholders to better understand how to be a better agency. I’m also moderately confident that we’ll be able to pass legislation finally allowing breweries to sell beer to go. Moderately is a big step though, in years past I’ve been cautiously optimistic.

“I think the larger craft breweries will continue to look more like their non-craft, multinational competitors in terms of the beers they make and marketing strategies they employ. I think smaller, independent breweries will become even more focused on being retailers for their areas/neighborhoods. I expect overall growth to stay solid, but increased competition to force more closures.” 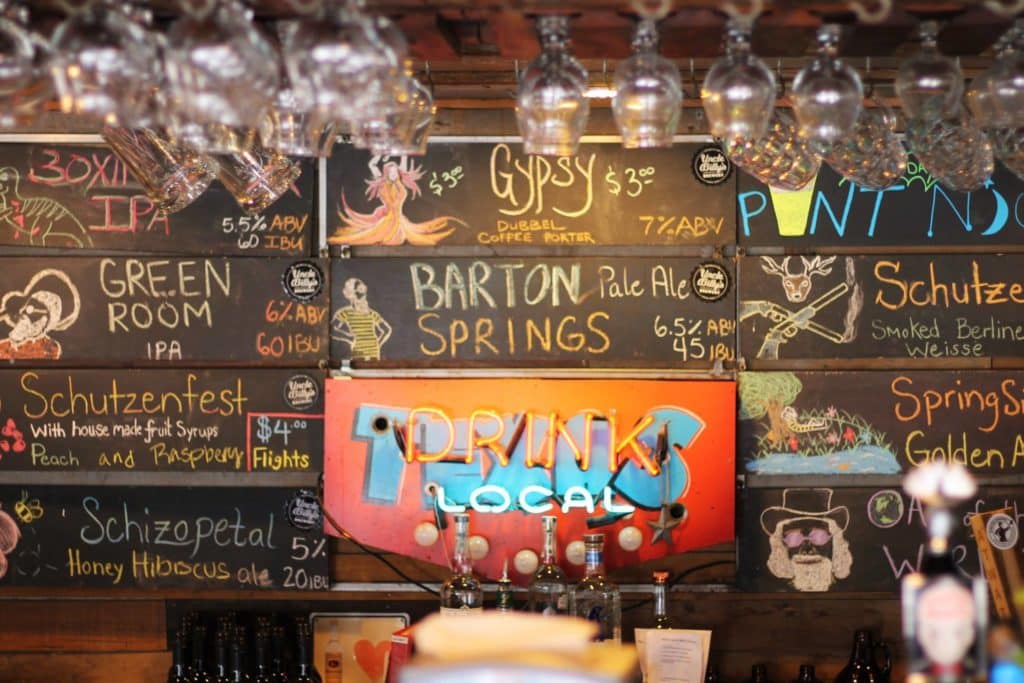 “I think 2019 will be an exciting ride for the craft beer industry, but a tough one. I don’t see the craft beer market getting any easier with additional competitive pressure. Consumers have all the choices and new, interesting products will attract most of the attention, but the good, quality, mainstays will need to continue to support the majority of sales. The fact is, there are way too many breweries, brands, and products. I’m also sure there will be a few more new breweries, but there will also be consolidation and some brands and breweries will disappear.

Consumers seem to be looking for more “sessionable” products. They want flavor and drinkability. Beer sales nationally are flat or maybe slightly declining while Spirits and Wine are growing again. I believe our situation at the Uncle Billy’s brewpub is good. If we can maintain a solid, profitable business and hopefully grow sales of beer, food, and drink at the brewpub our prospects to whether a challenging market is favorable. In other words, we need to compete as an establishment, not just as a beer brand. Introducing Uncle Billy’s Spirits in the past year gives us a big opportunity that we need to take full advantage of, as part of the overall mix.”

“Boutique and seasonal/limited releases are going to increase in popularity. This isn’t a new trend, but don’t expect it to go anywhere for a few years.
Imports! The return of the import. Yes, please. I think there will be a growing interest in the beers that got individuals interested in beer a decade ago. The last decade has shown a huge decrease in these beers because of the “local” movement. I feel the trend for craft beer bars will be serving true “local” offerings with more of their rotational taps being imports.
There will be more openings and closings of craft breweries than ever before. With the continued restructuring of the outdated laws regarding production and distribution around the country, more people will find it appealing to try their hand in the craft brewing game. With openings increasing, competition also increases and forces brands to compete for attention. With the competitors increasing faster than the drinking demographic closures are unfortunately going to become a more regular occurrence.
Near-beers and non-beers. With craft breweries unable to spread their influence over underserved demographics the near-beer segment will continue to grow at a faster clip. 2018 saw the rise of alcoholic sparkling and still waters as a trend, and I believe we will see another similar trend this year that pull demand away from craft beer.”

“I am predicting a continued elevation of beer and the democratization of wine. Beer will be seen as a legitimate choice at high-end dining establishments, and the expert pairing of beer with food will continue to grow in popularity.”

“Macro beer will continue to make it difficult for consumers to discern what is truly local, craft beer. We’re big fans of the Brewers Association’s independent craft brewer seal and the GoTexan seal.”

What are your predictions for Craft Beer in 2019? Let us know in the comments below…Cheers!