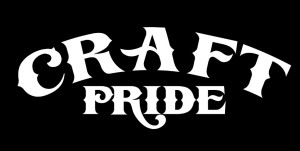 Husband and wife team and owners JT and Brandy Egli bring their passion for all things beer to Austin. Located in the heart of the burgeoning Rainey Street district, Craft Pride boasts an impressive 54 taps highlighting a mixture of popular and unique styles from breweries throughout the state. In addition, two cask engines located at the bar will feature one-off and limited edition brews.

Not available anywhere else in Austin, Craft Pride will offer 20 oz pints for most beers. These “Texas-sized pints” allow the beer to be presented in a proper manner, leaving room for a true pour with appropriate head. Half pints and flights will also be available, giving patrons the ability to try new beers more conveniently. For the grand opening on February 28th they will be tapping special kegs and casks from 512, Adelbert’s, Austin Beerworks, Deep Ellum, Hops & Grain, Jester King, Ranger Creek, and Real Ale.

A unique retail space called Bottle Shop is located at the rear of the space and allows guests to purchase bottles of their favorite craft beer to-go. Satiating late night appetites is the Bacon Bus situated in the spacious outdoor area. Craft Pride will also offer table service in their backyard.

Together over 20 years, the Eglis took notice of the flourishing craft beer scene in Texas, quickly realizing a desire to create a new niche that would lend a hand to the steadily growing community. Creating a fun and inviting space that also conveys the concept behind Craft Pride, the bar creates a memorable experience for dedicated beer lovers and casual drinkers alike.

“The bar was built to honor Texas craft beer and we felt the interior should be as customized as the beer we serve,” states co-owner JT Egli.

Utilizing various elements from the original house as well as repurposed wood from trees in the yard, the design is as original as the bar’s concept. An oversized wooden cutout of the state of Texas is suspended from the ceiling, including holes denoting the locations of each brewery in state. A large star cut out representing Austin lines up with a star inlaid in the floor.

“I wanted to create a dramatic yet comfortable atmosphere for the interior,” states  Brandy Egli. “I think this crafted elements really add to Craft Pride’s unique look and feel.“

Led by Cicerone Certified bar manager Chris Booth, the talented staff is committed to providing the highest level of service for each customer. Throughout the year, Craft Pride will host various events including beer release parties, ‘Meet the Brewer’ events, new brewery launches as well as live music performances.