My biggest passions are travel, beer and wine. I will go anywhere where I can explore and learn by personal experience, and I’m serious about it. This last Summer (2015), I discovered a few craft breweries in the British Columbia area of Canada. New breweries are opening consistently throughout the province. It takes a voracious thirst and some level of obsession (or a paying gig anyway) to keep up to speed on all of them…and more are coming! 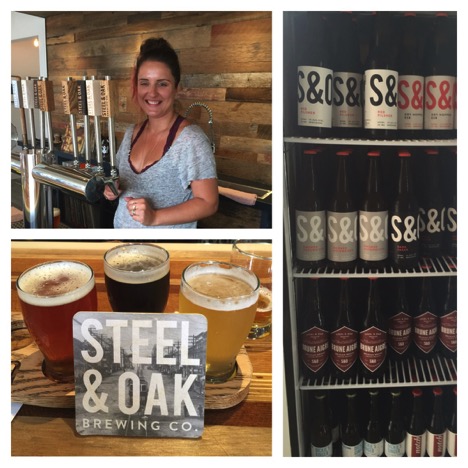 Steel and Oak set high standards for my trip.  They have a beautiful facility, small but immaculate space with friendly and knowledgeable staff ready to pour their devotion for finely craft beer in your glass. While drinking your beer, you can enjoy the music from the vinyl collection of records they play at the tasting room.

I tasted the following beers:
Smoked Hefeweizen: A highly original take on the German classic, with notes of banana and clove paired with the smoked malt body.
Red Pilsner: A darker than usual lager brewed with caramel malts, lighter than it looks with a robust complex flavor profile.
Dark Lager: Dark as chocolate but surprisingly light, it is unfiltered and has a strong malt flavor accented by almonds, toast and caramel.
Smoked Lager: This one took me by surprise, highly smokey and medium bodied, dry hopped with a note of citrus finish. A very original take on a summer beer. 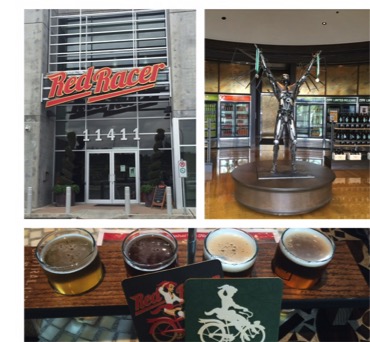 Beautiful brewery! This state of the art facility has grown into one of Canada’s leading breweries. They have a few seasonal creations and a fully stocked retail store at their premises.

I tasted the following beers:
Red Racer IPA: an IPA with a strong hoppy kick and a clean dry finish, nicely balanced with a fruity aroma.
Thor’s Hammer: this is their version of a gnarly wine, a seasonal full in body and flavor, you can sip it as wine and even store in your cellar for a year or so, bold and delicious.
Red Racer India Pale Ale: robust red ale that is smooth and velvety with toasted malts and hints of toffee and caramel flavors.
Red Racer Pale Ale: big hop flavors and a relatively light body, refreshing with a lingering light bitterness, good for anyone looking for hops without high ABUs.

Their Red Betty beers are currently available in Austin. 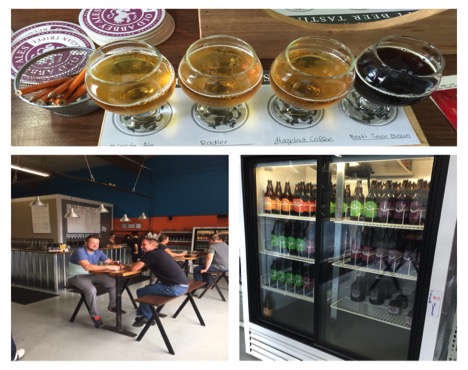 My absolute favorite this time around! Old Abbey Ales has a big warehouse-like facility with lots of seating space. The day I went, they had 17 varieties on tap and one of them with the name “Brett Texas Brown”! I never expected the name “Texas” for a beer in British Columbia, but was pleased to try it and the name put a smile on my face.

My flight selection included:
Blonde Ale: Easy drinking blond ale with a lightly sweet malt body and crisp hop finish.
Radler: this was what I would consider a Shandy. Despite the fact that shandies are easy to make at home this was so refreshing and well balanced without any cloudiness and with the perfect amount of lemonade flavor. It was so tasty that I went home with a growler full of it.
Hazelnut Coffee: amazing strong aroma of toasted hazelnut in a body of crystalline golden beer. It left my palate with an incredibly refreshing feeling without any trace of sweetness. Very unique beer, never tried anything like that before.
Brett Texas Brown: a dark brown gentle on the malts with yummy hints of espresso and an earthy aroma. 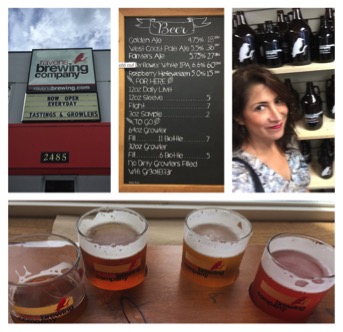 Ravens Brewing has a small tasting room where great beer is made with elegance and is crafted just perfect. This is the newest brewery in Abbotsford but is quickly becoming popular.

I had the opportunity to taste the following beers:
West Coast Pale Ale: This well balanced pale ale has a solid malt backbone and reasonably prominent hop presence, plus a big tropical nose and flavor, a clean and crisp malt profile.
Golden Ale: This refreshing creation has a nutty flavor, citrus notes and beautiful golden color. This beer is light and quaffable.
Raspberry Hefeweizen: Fresh raspberry taste without being sweet but refreshingly tart with enough pale malt character, so it tastes like a Hefeweizen and not like a wine cooler. Extremely well balanced with raspberry color and aroma.
Farmers Ale: A traditional saison, light enough to satisfy a heavy thirst yet very robust, malty with a slight sweet finish and a beautiful golden color.

Red Truck Beer (Vancouver) was the last Brewery I visited. 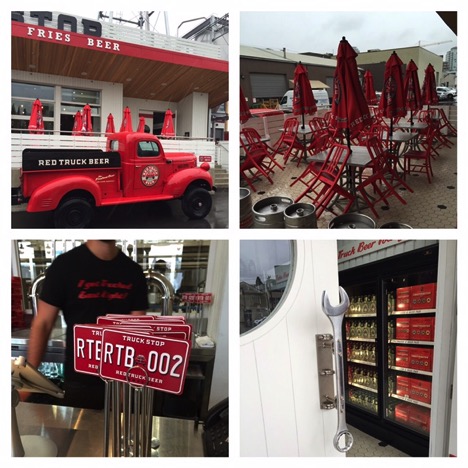 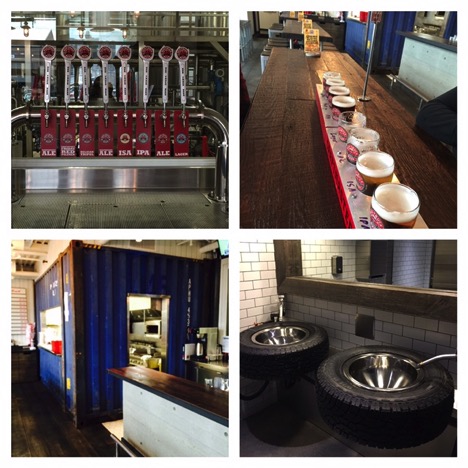 Red Truck Beer is a place like no other! Located in downtown Vancouver, the whole place looks like an old diner at a vintage truck stop with enough space to accommodate a large crowd. Everything is very well put together and through the glass you can see the huge tanks processing the beers. The kitchen area is inside of a train container/wagon, and the bathroom sinks are built out of big truck tires!

Let’s take a look at the beers:

The Lager: One of my favorite styles because of it’s easy drinkability. Amber in color, with a light nutty aroma that gives you a nicely rounded bready flavor and a subtle hop character.

Firefighter Friday (Red Wheat Pilsner): This limited edition beer was a collaboration with the Vancouver Firefighter Charitable Society. It has a red wheat and pilsner malt base with a smooth crisp finish.

Red Truck IPA: (I drank many of these as I bought a case to take home) it’s a nice floral and piney beer with lingering bitterness. I thought of it as a light IPA for people who like the flavor of hops but don’t like high IBUs.

American Amber: A very nice balance between malt and hops with a subtle sweetness from the malts and nice bitter bite from the hops. 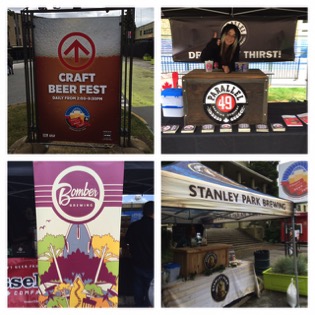 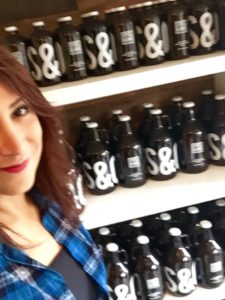 Guest Post by Aleida Taddei.
Love everything about Texas! The hill country, the wildlife, the friendly people, the food (mainly bbq) and a true loyal fan to local brewers and wineries.
Animal lover, enjoy hiking and the outdoors and have and enjoy mixed media and create as much as art work as I can with the busy life I live.
Traveling is another very big passion, consider the world my backyard and will play in it until the end of my days.
Prefer Belgium style beers but recently started to develop a taste for IPA’s and sours.
Follow me on Instagram – Elealey