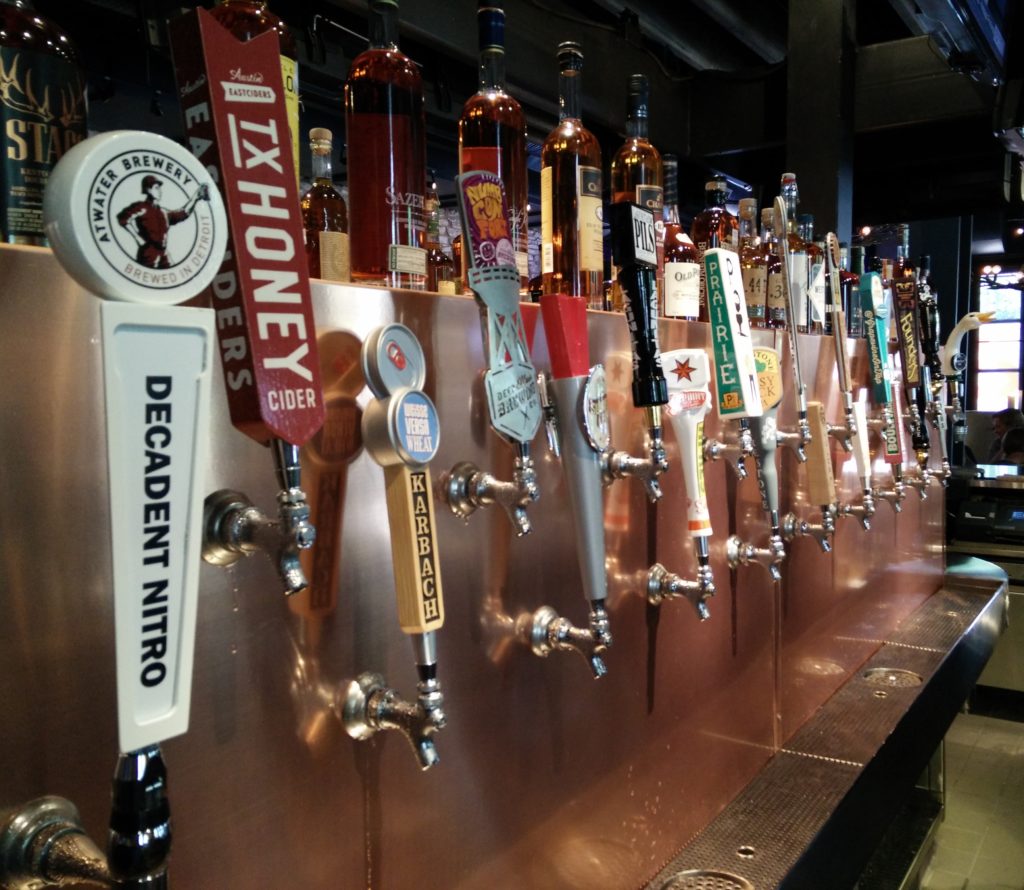 Eureka specializes in American classics with a modern twist. They have bright green chairs at the high top tables, wrap around copper island bar and community booths for family seating and comfort. There is also a stage for live music.

We were invited to experience Eureka’s soft opening. 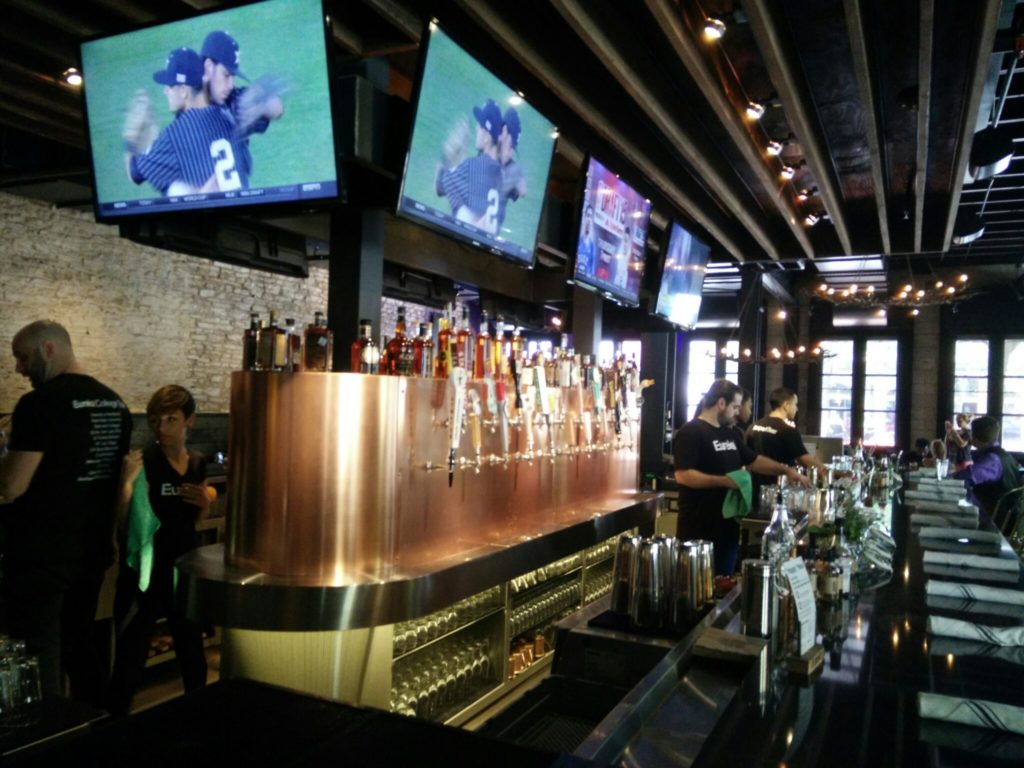 Eureka has 40 American craft beers on tap, 21 of them are rotating and over 40 small-batch whiskeys. There is a huge sign on the back wall with all the rotating taps and a separate beer list which includes bottles on the menu at each table. 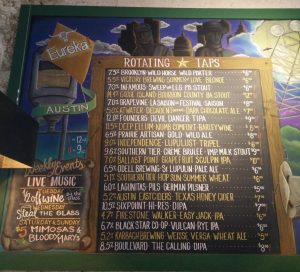 Rich ordered Brooklyn Wild Porter and I decided to try their special Moscow Mule featuring Texas’ Dripping Springs vodka, house made ginger lime syrup, and citrus (I decided to save the beer for dessert). For Appetizers, we ordered cheese fries and Golden Ale muscles. The muscles were made with Hans’ Pils from Real Ale Brewing and jalapeño bacon stock. They were delicious and had a little bit of a kick on the back end. 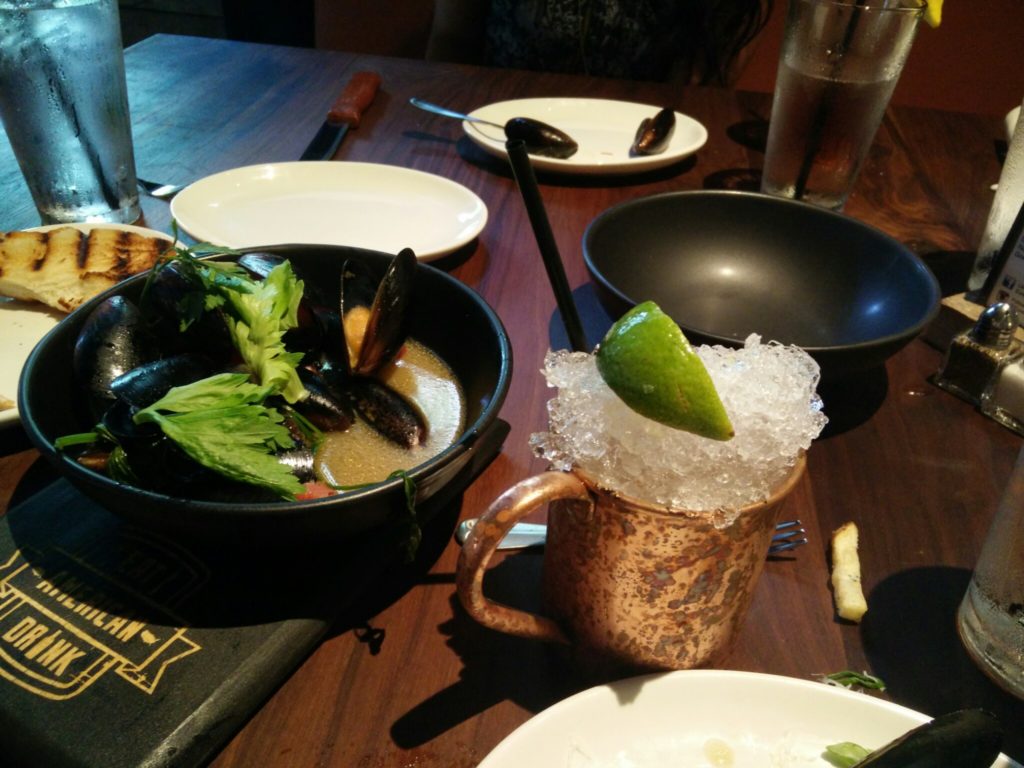 For entree, I ordered Bone Marrow burger and Rich ordered Fresno Fig burger with sweet potato fries. I decided to skip the bun and just eat the burger. It was perfectly prepared. “They use locally sourced ingredients when possible.” 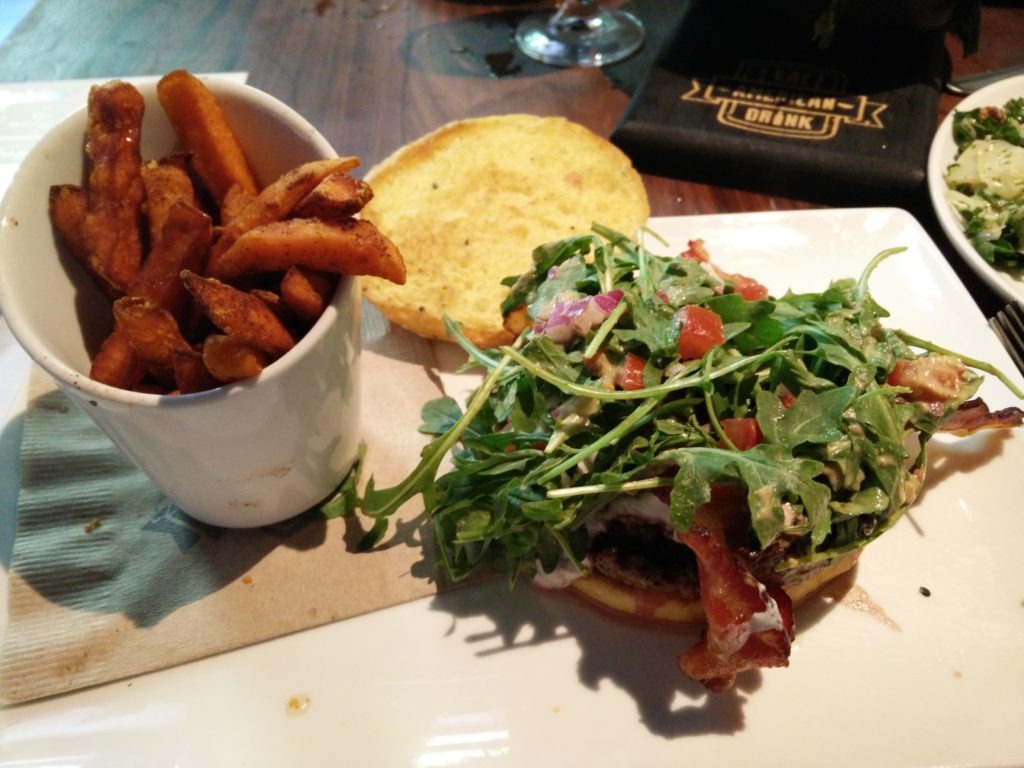 Dessert time came around, Butterscotch Rum Pudding sounded good but we were stuffed. There is always room for beer! We wanted something different that was not on the menu. We asked the bar manager if we can have a special beer float. Here is what we had: 1 Infamous Brewing Sweep The Leg Peanut Butter float, 1 Goose Island Bourbon County float and 1 Southern Tier Creme Brûlée float. I’m so glad I saved the beer for dessert. When you go visit Eureka, make sure you ask for their secret beer float and tell them Craft Beer Austin sent you! Most likely it will not be on the menu. 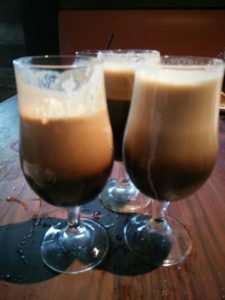 Here is the official press release:

(Austin; June 3, 2015)— Specializing in American classics with a modern twist and an expansive American selection of craft beer and small-batch whiskeys, Eureka! opens in Austin in one of the city’s historic landmarks on the world-renowned Sixth Street on Thursday, June 25. The all-American restaurant offers guests a unique dining experience complete with 40 American craft beers on tap, and over 40 small-batch whiskeys in a contemporary yet rustic atmosphere. Eureka! provides the surrounding community with a trendy casual place to dine, drink, and socialize while enjoying special events and live music throughout the week.

“Eureka! embodies what the city has to offer with an exciting ambiance while providing guests with exceptional hospitality, an innovative bar program, live music, televised sports, and a well-rounded dining experience for all to enjoy,” says Paul Frederick, CO-CEO of Eureka! Restaurant Group.

Located in a 140-year-old building, the design of Eureka! expresses historic yet rustic aesthetics and industrial influences. The 5,000 square foot restaurant seats 200 guests in a dining room comprised of eclectic seating options including extra large booths, high top tables, community tables, and the restaurant’s center piece, a stand-alone wrap-around copper bar. Eureka! incorporates tables and paneling handcrafted from hardwoods retrieved from historic American barns, factories, and whiskey distilleries. And of course there is a stage for live music performances.

Eureka! is located on 200 East 6th Street, Austin, Texas 78701. Hours are from 11 a.m. to midnight Sunday through Wednesday and 11 a.m. to 1 a.m. on Thursday through Saturday. Additionally, Eureka! features daily “hoppy” hours from 2 p.m. to 6 p.m. and reverse “hoppy” hour from 9 to 11 p.m. and weekend brunch from 11 a.m. to 3 p.m. For more information on Eureka!, please visit www.eurekarestaurantgroup.com.