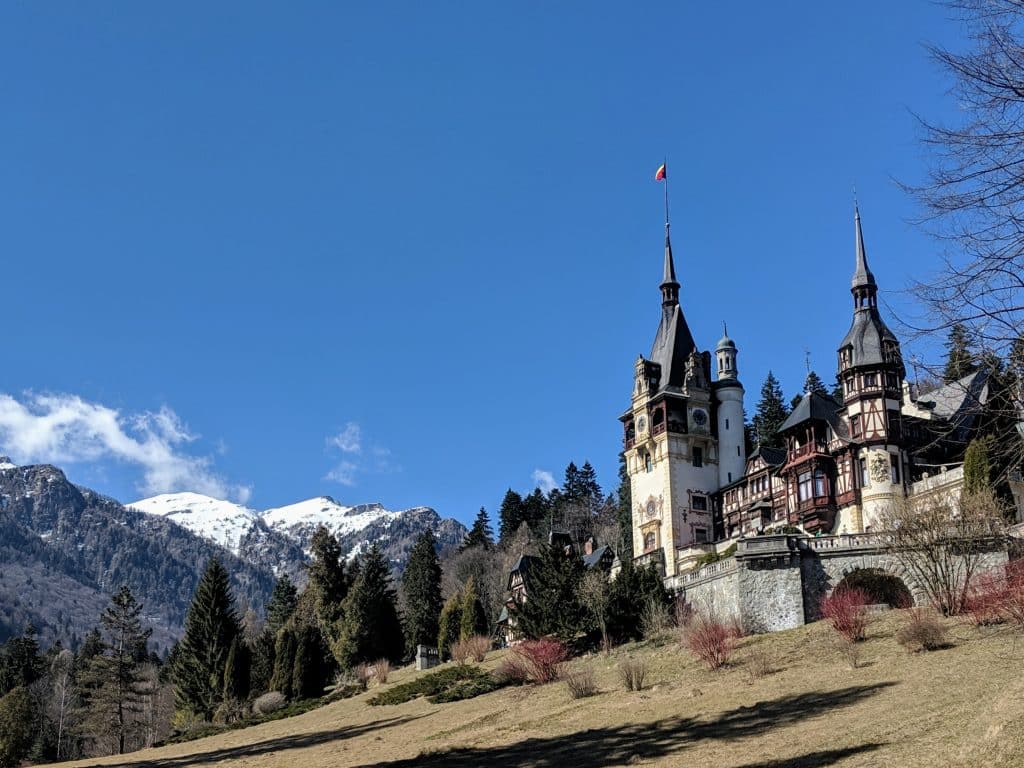 When I think of craft breweries in Europe, Romania is not on the top of my mind. Yet, after this trip, I think Romania should be added to everyone’s European vacation list. We love traveling to Eastern Europe! It is a bit cheaper, less crowded, and a different culture. When we travel, we definitely try to seek out the local favorites. In Romania, it would be their wine! Yet, they also have an up and coming craft beer scene as well.

We rented a car and drove to Transylvania. Our first quick stop was Sinaia. In this place, we learned what beers were macro owned. Of course, we do know many craft looking beers are not actually craft, but when you just land and drive two hours, from Bucharest, a cold beer sounds good. We walked to a decent local looking pub and learned that the craft looking Silva is Heineken owned, along with Gambrinus and Ciuc also being Heineken owned. Just a heads up, when you are in the area!

After some sightseeing, our next city stop was Brasov. Tipografia was a place we enjoyed visiting. There, we were able to drink beers from, our now favorite Romanian Brewery, Hop Hooligan. We enjoyed their Crowd Control IPA and Sencha, a Tea Pale Ale. 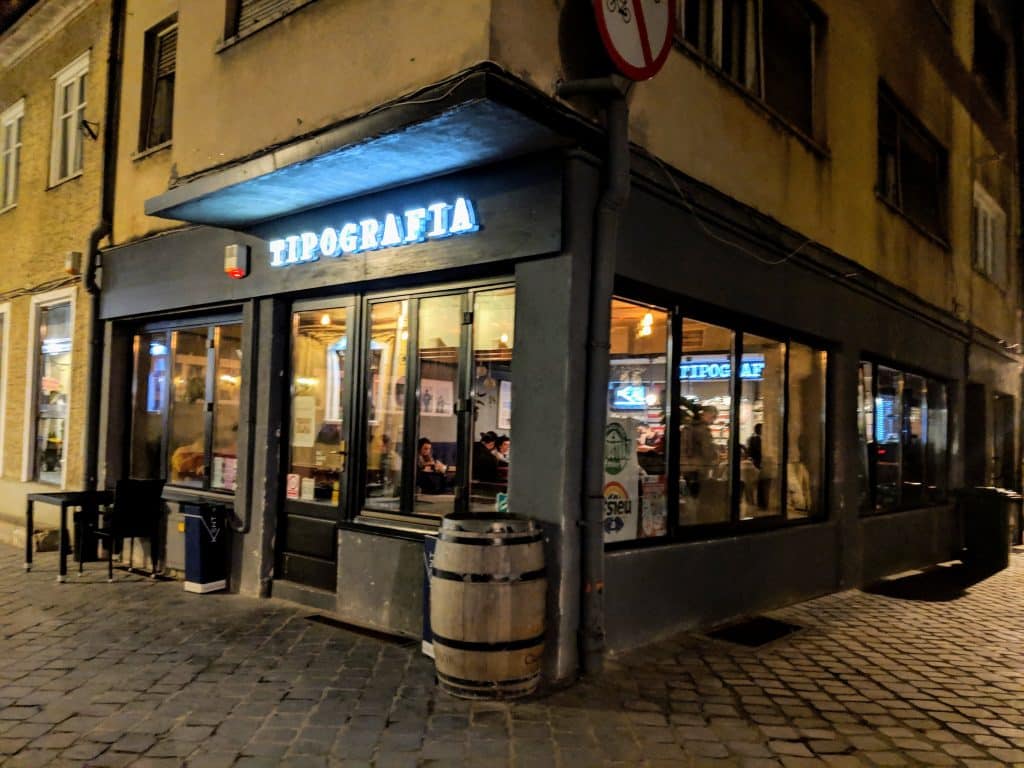 We also made a quick run into Bistro de l’Arte. There we tried two more different craft beers. Those included: Mustata de Bere IPA and a Perfektum IPA. 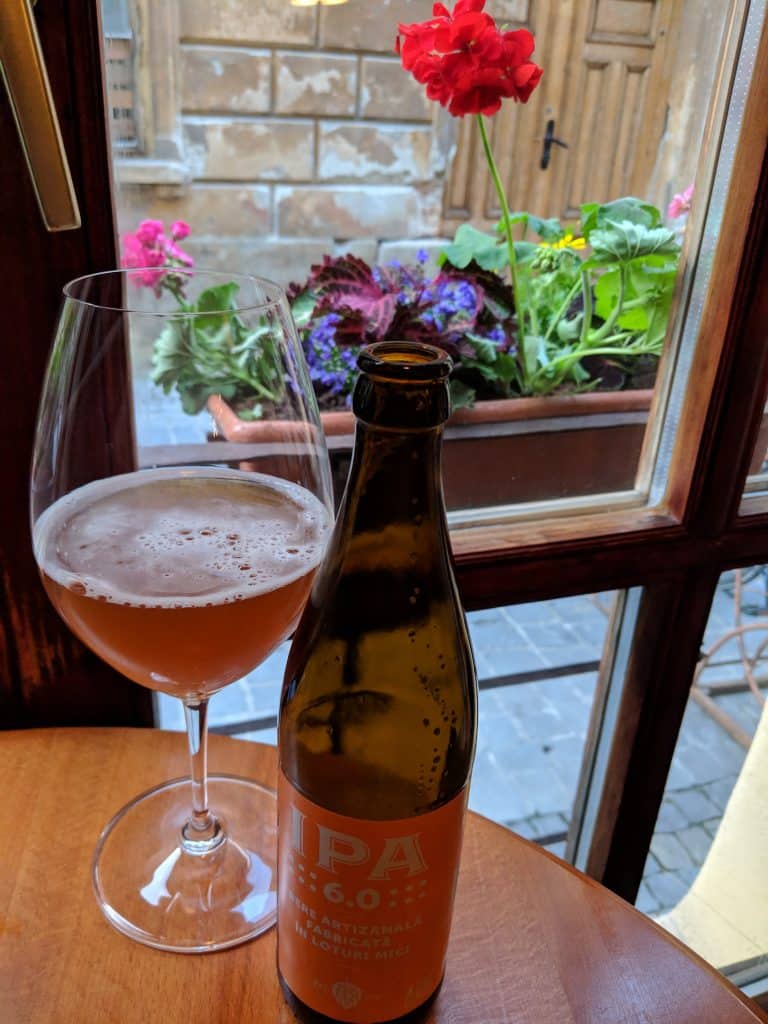 Another recommended pub is JAR and a recommended bottle shop is The Liquor Store. We just ran out of time to fit it all in. We were also enjoying our Romanian wine and of course sightseeing.

After Brasov, we had a brief night in Cluj-Napoca. It is a college town, so there are many bars and an assortment of places with craft beer. Beerologique has many recommended places. Despite arriving pretty late and having to leave in the morning, we

did make it to Klausen Burger, for dinner, as they are also a brewery. We only had two at there: Arrogant IPA and a Clovus Pilsner. Both were as expected, decent, but not our favorite. 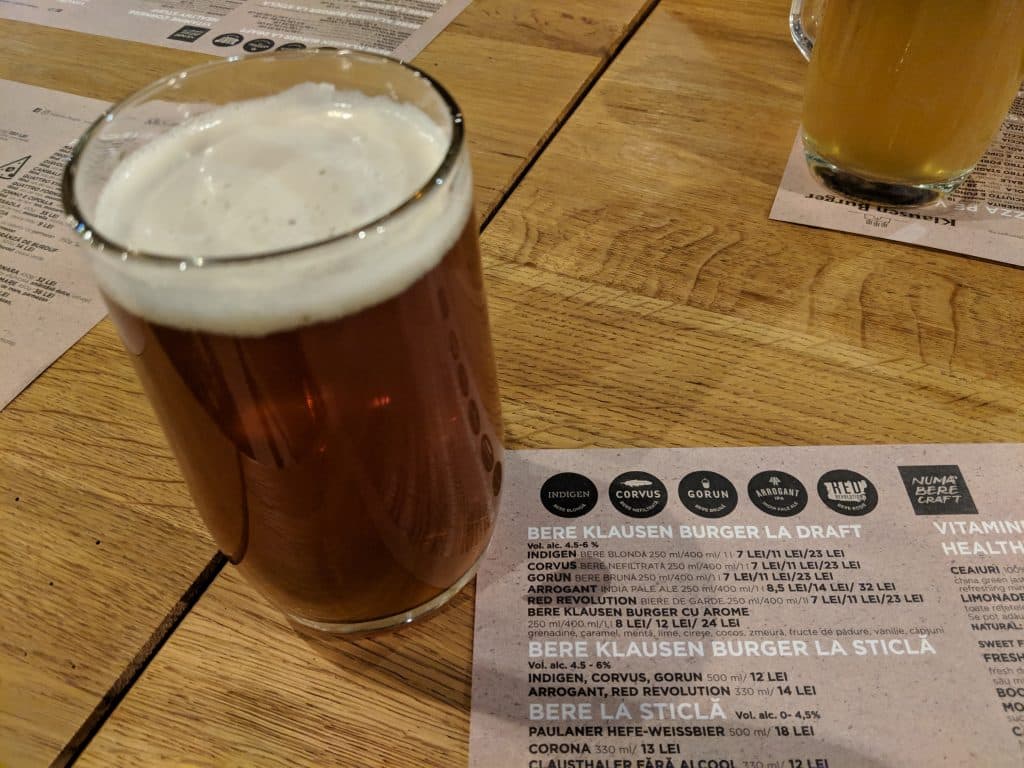 From dinner, we ventured to a recommended bar called Sisters. This was one of my favorite spots of the trip for beer.

We tried the following:

We were making our way through many different Hop Hooligans and enjoyed the variety. 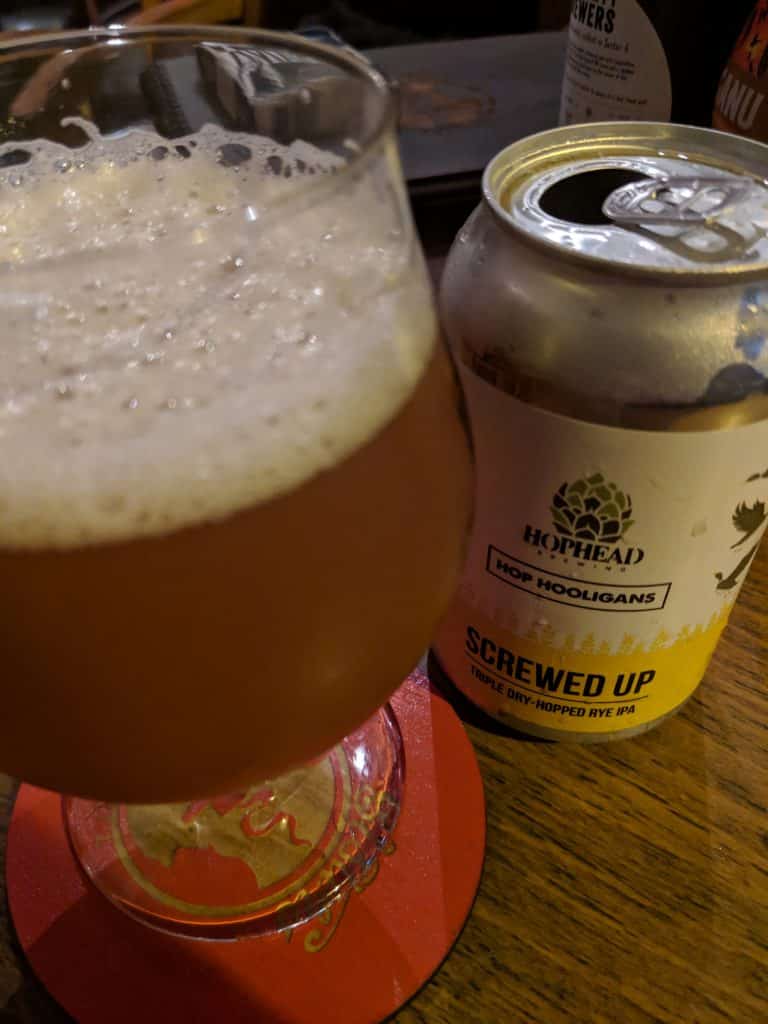 Next stop was Sibiu. A charming old town, that I fell in love with! It was one of my favorites stops this trip.

There are two main places where we found craft: St. Andrew’s Scottish Pub and NOD. The Scottish pub is everything you can imagine from a themed pub. Yet, they had a decent selection.

Here is what we had: 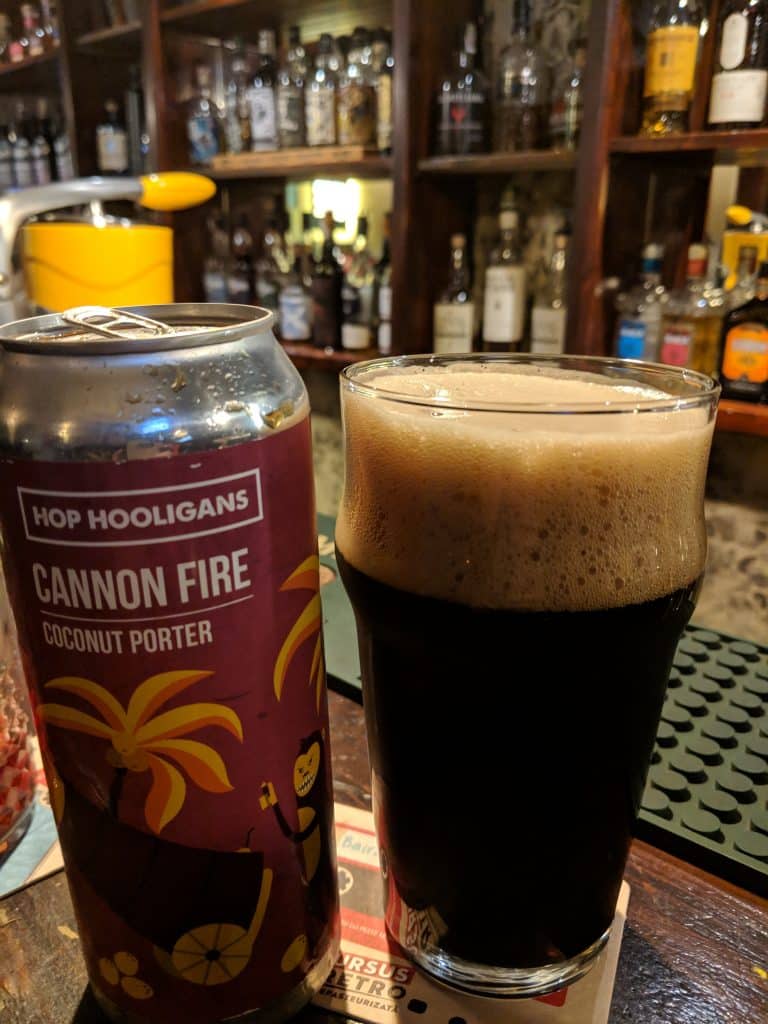 We also enjoyed another placed called NOD. It was smaller and more my style. A cute cafe with a patio area. We sat at the bar and enjoyed talking to the bartender. He was very interested in the beer we were trying and did tell us that the craft beer industry is very new to him. We figured as much but were very glad the industry keeps expanding.

We enjoyed the following:

In Sibui, our hotel was right near a very small, quaint bottle shop called EcoZen. The person helping us, who we believe was the owner, was very excited to show the selection and talk to us about the beer. Their selection was extensive for Romania. 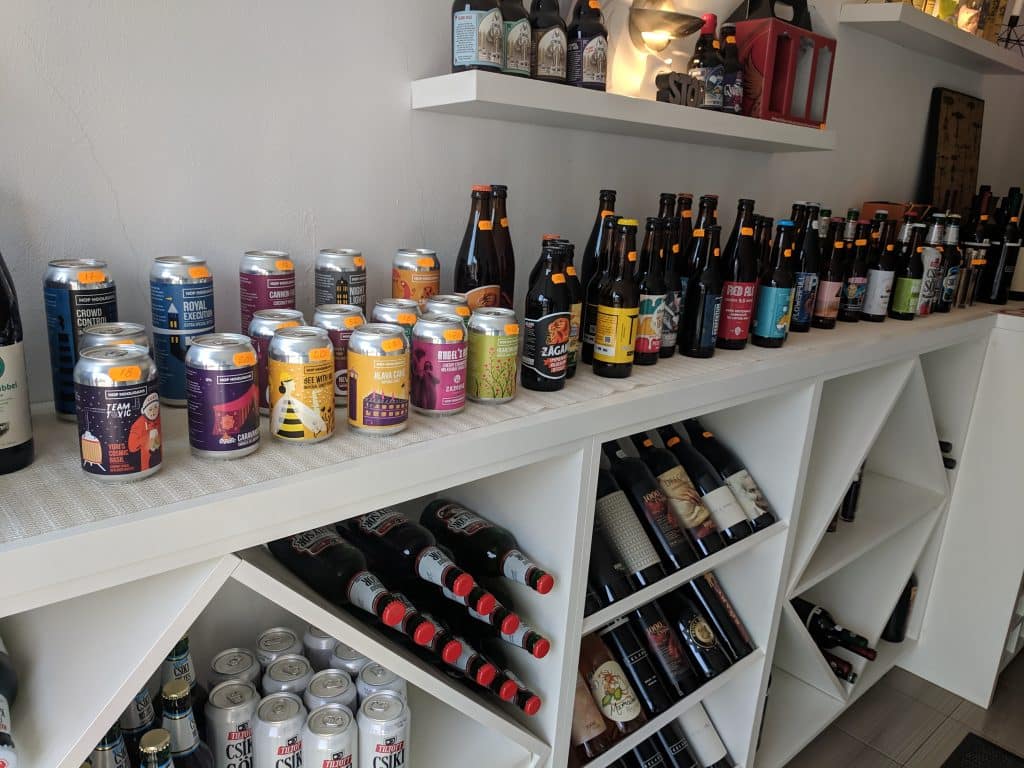 We ended up buying: 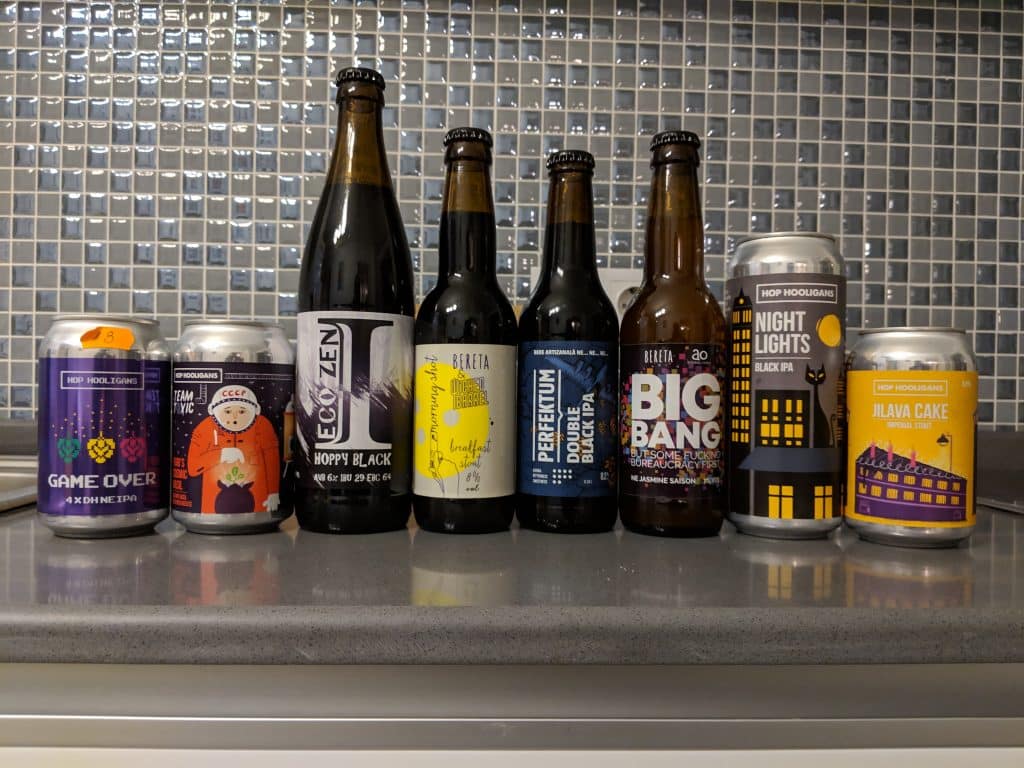 Then, another road trip! We took the long way to Bucharest for a more scenic drive. 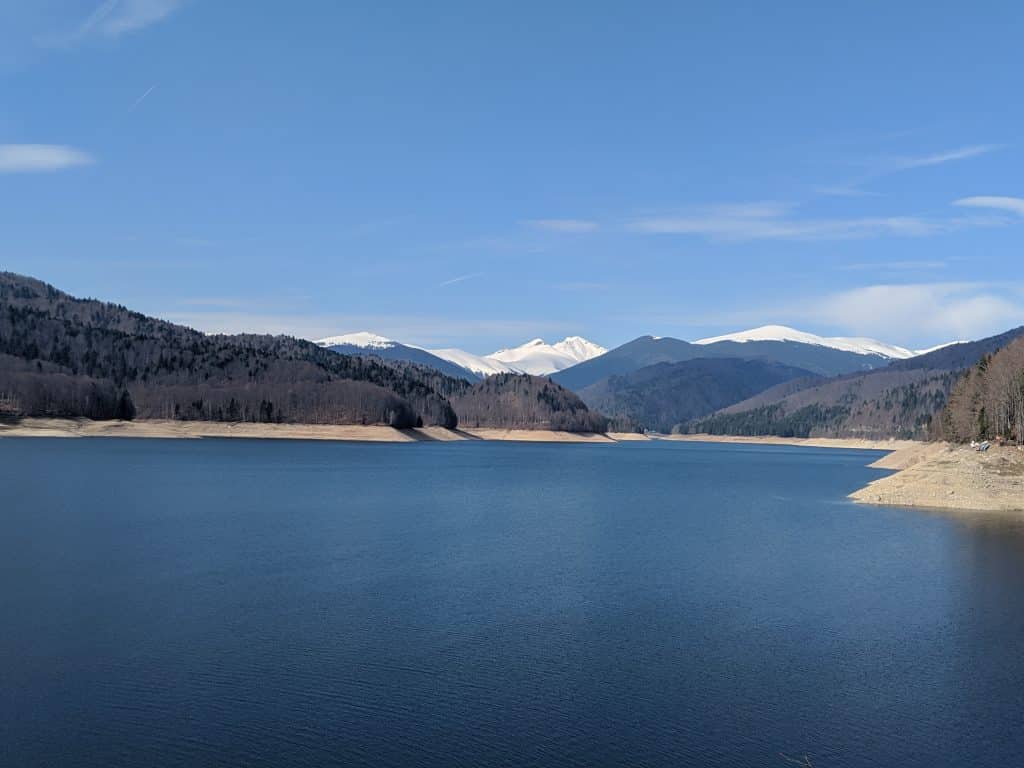 Once in Bucharest, there were many places that have craft beer, but due to a short amount of time, we tried to go to the most highly recommended ones. We only had Friday, and some of Saturday, to partake in sampling beer. The old town was very active on the weekend nights. A family restaurant in the day will not be family friendly at night.

We spent a good amount of time at Beer O’Clock. Where we tried:

Bereta – Dark Side of the Hops – Black IPA 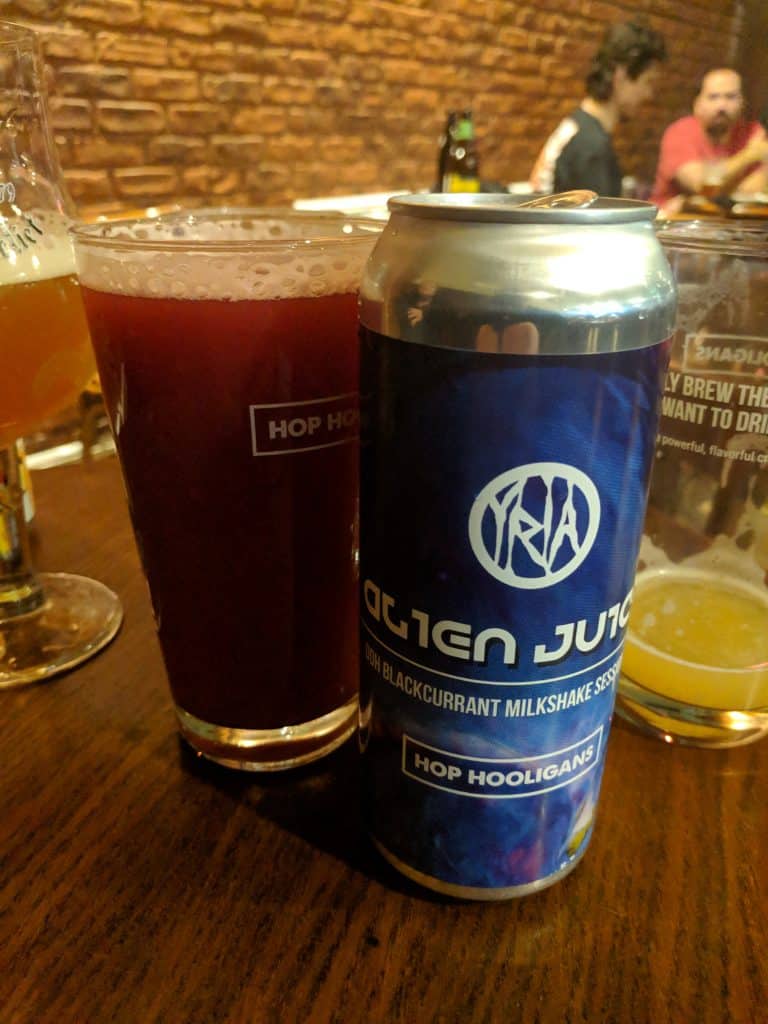 There are many other places in the capital city. More information can be found from Beerologique. Bucharest, of course, has more offerings, being the biggest city. Yet, from a touristic perspective, it was my least favorite place that I visited. 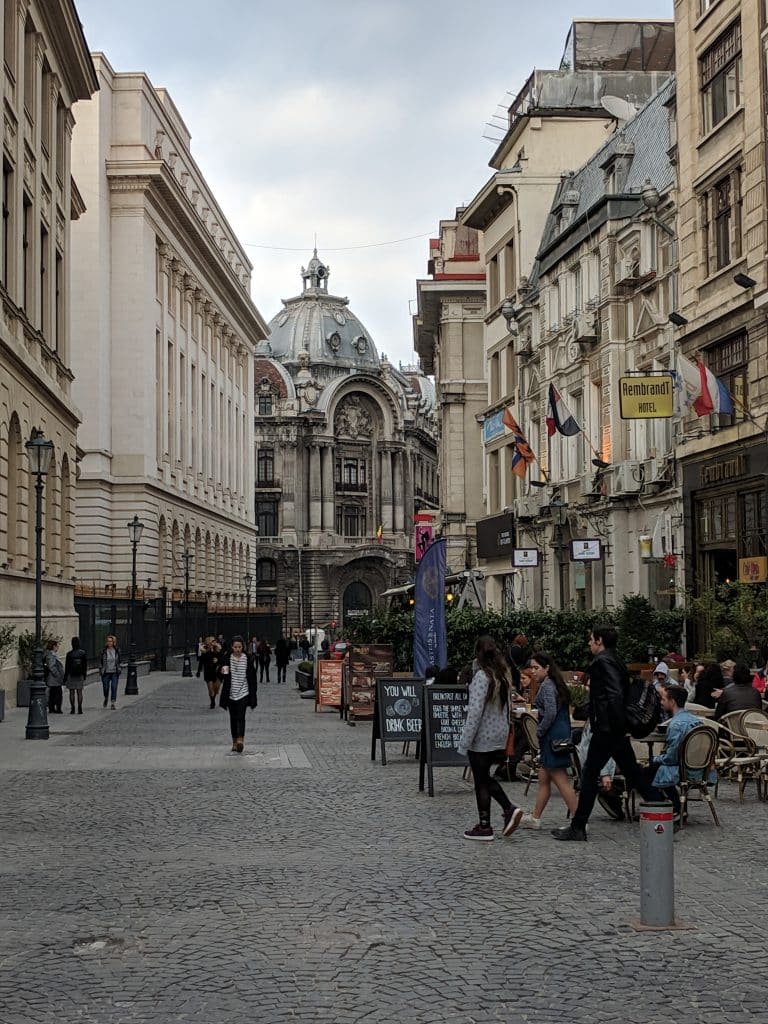 I highly suggest that Romania is considered when making travel plans. We left the U.S on a Friday night, arrived on a Saturday night, and had 7 full days before leaving on a Sunday morning. You can easily visit castles, travel to the wine region, enjoy patio cafes, see quaint old towns, wine bars, and enjoy craft beer.  The people were all very friendly, it truly is a lovely country!