South Africa is not a place most people would normally think to read a craft beer article on. In fact, for all of the breweries that are actually in South Africa, it was not the easiest place to find all that many details on.

South Africa’s beer scene is dominated by anything SABMiller. If you do not look for craft beer, you likely will end up with seeing mostly SABMiller offerings. As an avid traveler, I am used to this in most countries. Finding the craft beer is half the fun on these trips, South Africa was no exception. I have found the craft beer community throughout the world to be some of the most friendly people to grab drinks with. Again, this was no exception. I was welcomed, shown around, had some great meals, and met some good people. It was much the same as I would expect in the U.S.

Cape Town’s beer scene is one of the most developed in South Africa. It currently features some of their nation’s oldest craft breweries, such as Boston Breweries and Jack Black, along with newer ones that are growing rapidly like Cape Brewing Company and Devil’s Peak.

Featured with the brewery scene, craft beer bars have also started to take a hold there. One of the first bars to start stocking craft beer is a restaurant called Banana Jam Cafe. For Austin reader’s, this place had the vibe of the Whip In. It is an odd collaboration of different areas, Caribbean food and craft beer, that just seems to work. Along with this, they are building their own brewery in the building.

I met with the owner of Banana Jam, Greg Casey, and it was interesting to hear about the accomplishments and issues that they face in South Africa for craft beer. Banana Jam was the first bar in South Africa to even have 8 taps of beer, and then 16, and then 32. There is even talks of starting growler fills once his brewery, Afro Caribbean Brewing, goes operational at the bar. This would be another first for South Africa (and likely all of Africa). On a side note, it is always interesting to see what selection of American craft beers that bars can get. In this case, there was a wide selection of Rogue and Cisco Brewers available. As someone living in Texas, I am slightly jealous that he could even get Cisco in Cape Town, but we cannot even get it back home. With that said, Greg takes the time to import a lot of the beer himself, so they are not available anywhere else in South Africa.

The way the taps seem to work in South Africa also differs. Unlike the U.S., bars often are not responsible for providing the taps to serve the beers. This is partly due to the large breweries, like SABMiller, can afford to supply equipment to dispense their kegs at bars. It was a way to get their beer on tap at as many locations as possible for bars that could not afford the equipment themselves. Due to these practices, it has caused a problem for a bunch of new breweries, who are coming onto the market, as they cannot afford the costs to provide equipment to dispense their beers. A lot of bars expect them to provide the equipment for their beer, which causes a problem for many breweries to spread. Cameron Doubell, who is a part owner of a new brewery called Atlantic Storm, put this as one of the hardest parts of getting on tap and spreading craft beer. It would run around $1,000 just to be able to be on tap. Those are expenses that you need to make up before you even start making a profit.

Back at Banana Jam, this has caused a long list of breweries that are trying to get on tap. Greg has taken a different approach to the taps, he built a tap wall much like you see back at the U.S. There are no expectations for breweries to provide their own equipment, just to provide solid beer. It has gotten to the point where he is able to select the best beers from the region to put on. Banana Jam is not the only bar that has taken this approach, just one of the pioneers. A small chain in South Africa, called Beerhouse, has also joined the growing craft beer scene. With two locations, one on the main bar street of Cape Town and the other being outside of Johannesburg, they are known for their large selection of local beers in bottles, along with their tap wall.

On a more local note, a UT grad and Houston native Mitch Lockhart, moved to South Africa a number of years back. He currently is starting up what will be the first attempt at a farmhouse styled brewery in South Africa called Beard & Barrel Brew Company. To him, it seemed like a lot of the breweries opening were focusing on trends that were already past in other countries. He wanted to go for a style of beer that is almost non-existent in South Africa while trying to change people’s perspective on what beer could be. Mitch currently is in the very early stages of opening with only a couple of batches having been released at Banana Jam. One of the plus sides of being located in South Africa is the abundant supply of used wine barrels due to the proximity of the wine region. The current plans are to move his brewing over to the future Afro Caribbean Brewing to start having more steady releases. 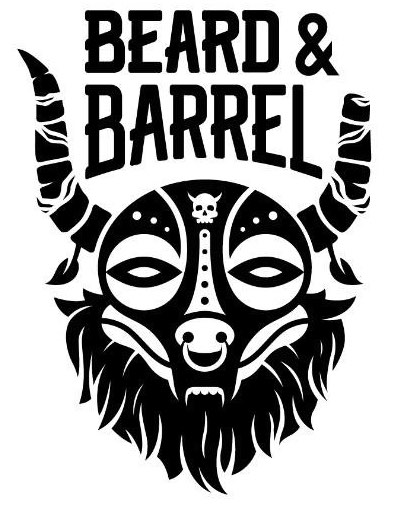 One of the nicer taprooms around Cape Town belongs to Devil’s Peak Brewing. Located in a triangular shaped building, the taproom features many of their mainstays as well as some of their more limited releases in 750ml bottles. Devil’s Peak is named after one of the mountains that Cape Town surrounds. Taprooms like Devil’s Peak make it hard to differentiate that you are not in the U.S, let alone in Africa. 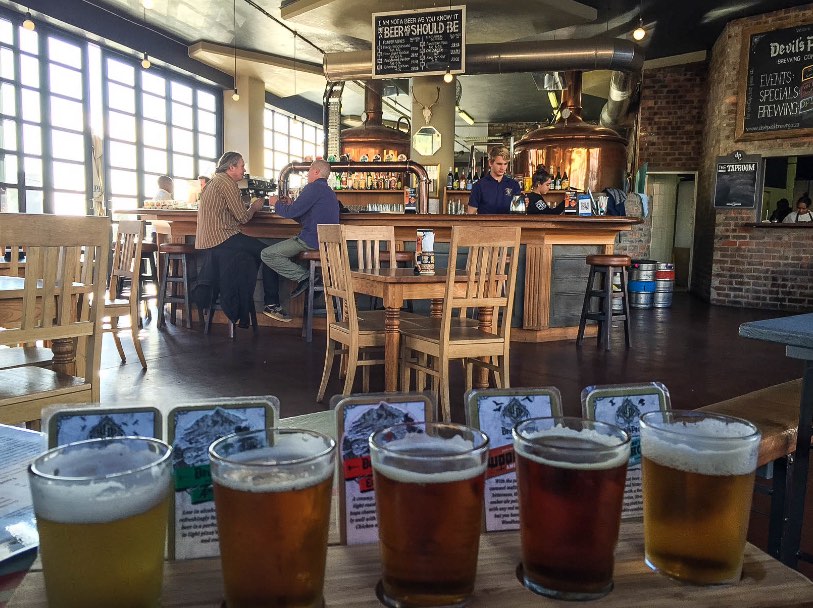 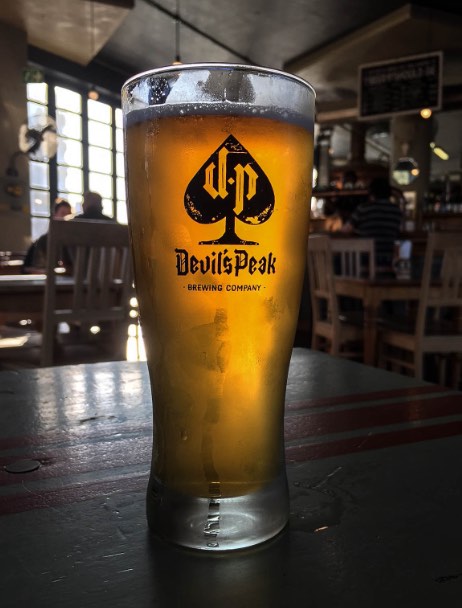 Along the eastern Indian Ocean coast of South Africa is Durban. While the city’s beaches and surf town feel give it a more California vibe, it’s beer scene is a little further behind that of Cape Town. Unity Bar is definitely the place to start to get a good feeling of the local beer. We went on a Wednesday night and were lucky to get the last table available. Unity takes a great gastropub approach to both food and beer. While taps only focused on their house brewery, That Brewing Company, as well as another local brewery, Old Main Brewery.

As for That Brewing Company, they started out to supply Unity with a house beer that they could always have on tap when they first opened. What was not expected was the immediate demand for locally made beer at the bar. Seeing how small the brewing system was when they started, expansion was going to happen over time. Luckily for me, that time happened to be a week before I arrived.

The new brewery is located further north from the bar. It is definitely an upgrade from a brewery perspective. It is a much larger system, with a more industrialized feel to the taproom (which also offers food). Seeing how they were only a week in, they were still on their first batches of beers brewed on the new system. What they had available was their Pale Ale, Hefeweizen Red and a Blonde. Distribution is still limited to only a couple of bars around Durban. Their main focus is to keep Unity supplied, along with always having beers on tap at the taproom.

For additional beers in Durban, check out Hillcrest Tops west of Durban. It probably had one of the best selections of bottles that I ran into in South Africa.

As far as South Africa as a whole, their brewing scene seems to be growing rapidly. At it’s current point, there are around 150 craft breweries around South Africa. They are not limited to larger cities; many smaller towns are starting to have brewpubs or breweries. An example of this would be Clarens Brewery, in the Free State. Located in a town surrounded by mountains near Lesotho, Clarens Brewery has been hosting one of the better known craft beer festivals in South Africa – Clarens Craft Beer Festival. They have been about promoting craft beer to a wider audience since they have opened. When dealing with a country that the market is saturated by one main brewery, it is hard to reach out to that many people. Having events like this leads to more people connecting with craft breweries and the people behind them. 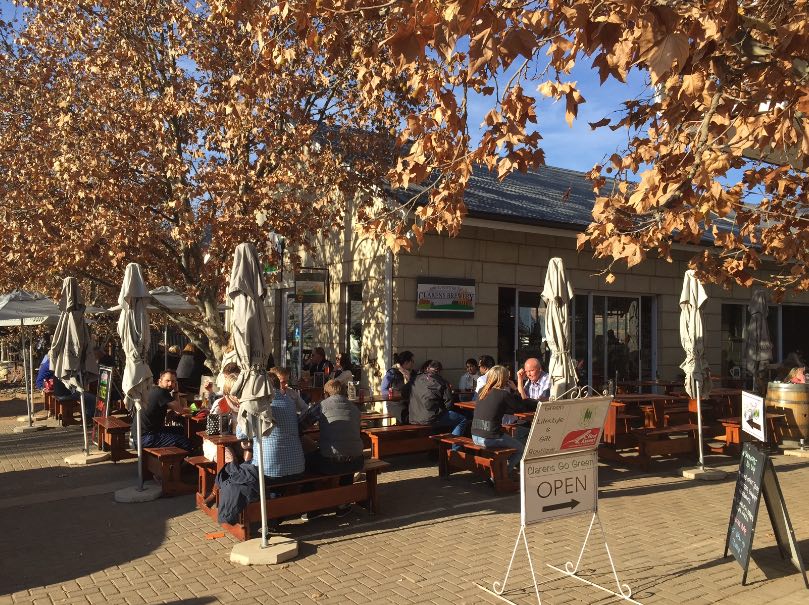 South Africa has a lot to offer for any visitor. The scenery, people, cultures, food and beer all make it an absolutely great place. If you do end up making it there, be sure to do some research into where you can get some of the local beer. The growing scene can use any support it can get. 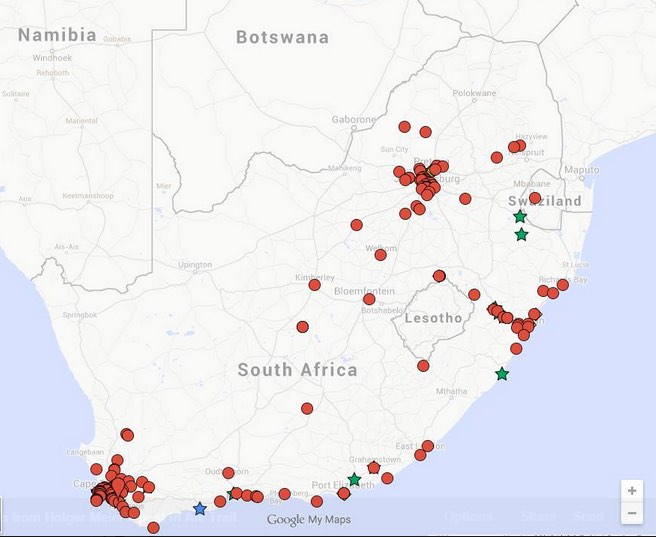