HOPS & GRAIN DEBUTS A PORTER FOR EVERY SEASON WITH “PORTERCULTURE”

Austin-based Brewery Adds Fifth Can to its Permanent Portfolio

(Austin, Texas) – Austin-based Hops & Grain Brewery is adding a fifth can to its permanent lineup, a Baltic style porter aptly named PorterCulture, which will join its predecessors Pale Dog, The One They Call Zoe, Greenhouse IPA and the award-winning, ALT-eration. Brewed with Austin’s absence of a true winter in mind, PorterCulture is the answer to the Hops & Grain team’s yearning for a dark but drinkable beer that can be enjoyed in the dead of winter, as well as the sweltering heat of summer.

A base of Pilsner and Munich malts, blended with de-husked black malt and chocolate wheat lends the PorterCulture a smooth mouthfeel, with a clean and crisp lager finish. Throughout the porter, notes of coffee, dark chocolate, graham crackers and just a wee hint of roast make itself known. Wanting to highlight the malts, the hops were kept at bay with only a hint of bitterness at the early stages, with raisin and caramel flavors joining the party at the end. The avid outdoorsmen (and woman) of Hops & Grain find that PorterCulture is just the perfect, decorous touch to Austin’s nature-friendly living, whether it be a spirited game of disc golf, a nice hike or a mountain bike ride, this beer is the perfect companion!

Hops & Grain owner, Josh Hare, is thrilled to launch the brewery’s fifth permanent brew to Texas, and is already scheming about barrel-aging and other projects in the Greenhouse, Hops & Grain’s 3 bbl pilot system where experimentation is encouraged.

“This was a long time coming. It’s always exciting for us to see one of our small-batch, tap room creations grow into a full blown, year-round adult, and PorterCulture is no exception. We’re really looking forward to the wonderful projects that will soon come from our barrel-aging program using PorterCulture as the base.”

Hops & Grain’s PorterCulture will launch at the brewery and select restaurants, bars and retailers throughout Texas starting Monday October 20, 2014.

About Hops & Grain: Specializing in craft beer and sustainability, Hops & Grain Brewery is located in East Austin (literally at the end of East Sixth Street) at 507 Calles, Austin, TX 78702. Hops & Grain Tap Room is open Wednesday-Friday from 2 – 10PM, and every Saturday from noon – 8PM with tours of the brewery given on Saturdays at 1, 3, and 5PM. Tours are approximately 45 minutes and include special samples not available in the tap room. For further information please visit www.hopsandgrain.com or call 512.914.2467. ‘Like’ us on Facebook at Facebook.com/hopsandgrain and follow us on Twitter @HopsandGrain. 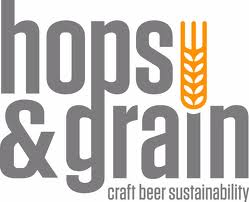