I’m excited to see A Pale Mosaic on draft available year round in Austin. Here is the full press release. 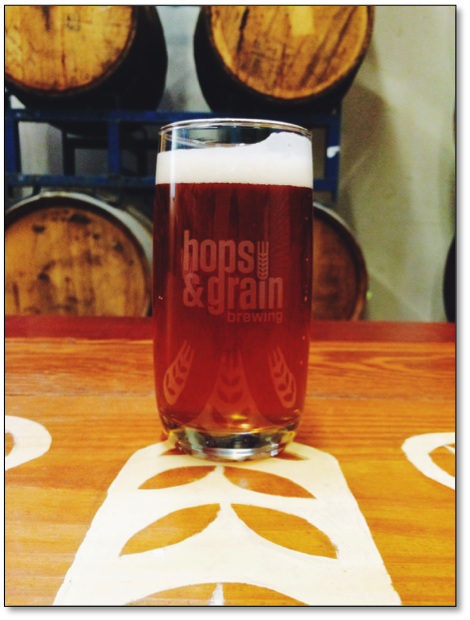 (Austin, Texas) – The team behind Hops & Grain is happy to announce they are releasing A Pale Mosaic on draft in select bars around Austin. While the team continues to churn out the permanent can line up Texans love so much, they also really dig experimenting on their 3 bbl pilot system. Over the years, this system has yielded some fan favorites (including PorterCulture and of course, the Greenhouse IPA) that are just too good not to regularly offer—A Pale Mosaic is one of them. How is it possible for Hops & Grain to start brewing one of their limited releases year round? A number of reasons; first Hops & Grain is always growing, adding new tanks and equipment, and second they now have long term contracts for purchasing Mosaic hops—a luxury most breweries of its size don’t have. The elusive Mosaic hop has been all the rage lately, both for its incredible flavor complexity and uniqueness. In 2013, Hops & Grain was able to brew a few test batches with Mosaic hops.

Now after years of planning, Hops & Grain is excited to be able to offer it on tap around Austin. A Pale Mosaic begins with a German Pale Ale malt base with small additions of Vienna for added breadiness and body. The bittering charge comes in the form of Oregon grown Nugget hops, with the dry-hopping consisting of 80% Mosaic and 20% blend of some of Hops & Grain’s favorite complimentary hops. For now A Pale Mosaic will be a draft only offering.

The first kegs will be tapped on Thursday, April 2 just in time for the Austin Beer Guide’s Spring issue launch event at the Draught House (4112 Medical Pkwy Austin, TX 78756).

More Austin bars will tap A Pale Mosaic kegs in the coming weeks, so keep an out at local craft beer purveyors.