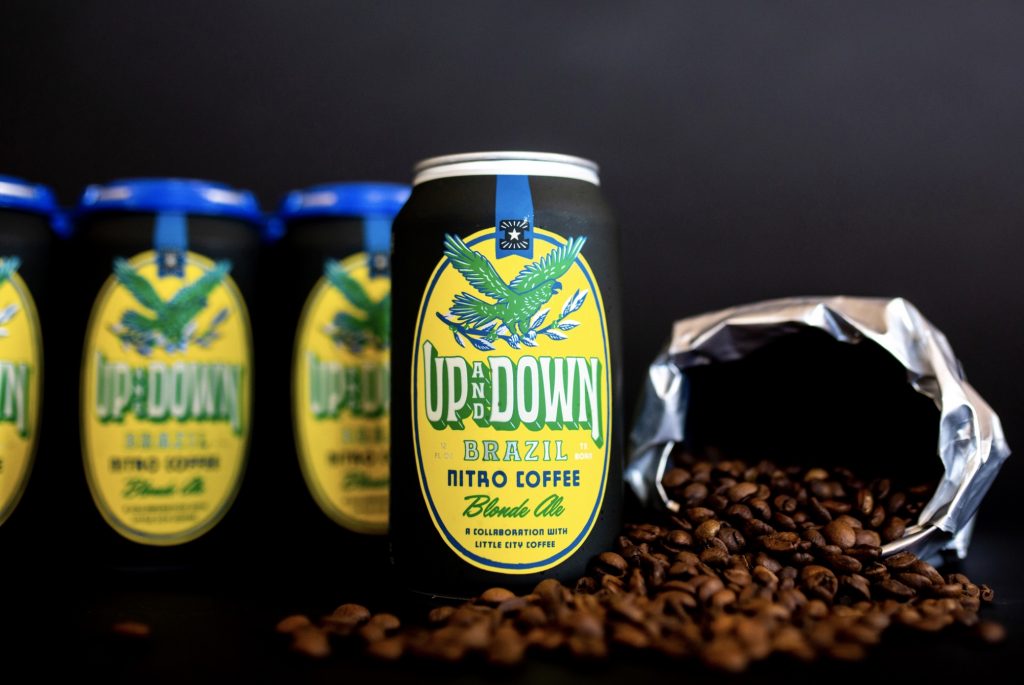 Over a year ago the Independence Brewing team set out to find a coffee worthy of a significant brewery milestone: The company’s first packaged coffee beer. Naturally, the team reached out to Joel Shuler and his team at Little City Coffee Roasters who travel the world to bring unique and high quality coffees to Austin and whose roastery is located just down the road from the brewery. After piloting several recipes using coffees from different regions, the two teams decided that they would like to use a Brazilian coffee in the beer and booked a trip to Minas Gerais, Brazil to visit with some of Brazil’s top growers, many of whom Joel has cultivated relationships with over the past decade.

The two teams visited multiple farms over the course of a week, crisscrossing the world’s largest coffee producing region. After countless cuppings of mind-blowing coffee, they settled on a Yellow Bourbon from grower Augusto Borges Ferreira whose micro lot won a Cup of Excellence award in 2018. The result is a groundbreaking silky smooth nitro coffee blonde ale whose tantalizing aroma and rich coffee flavor are as close to a nitro coffee as a beer can get. 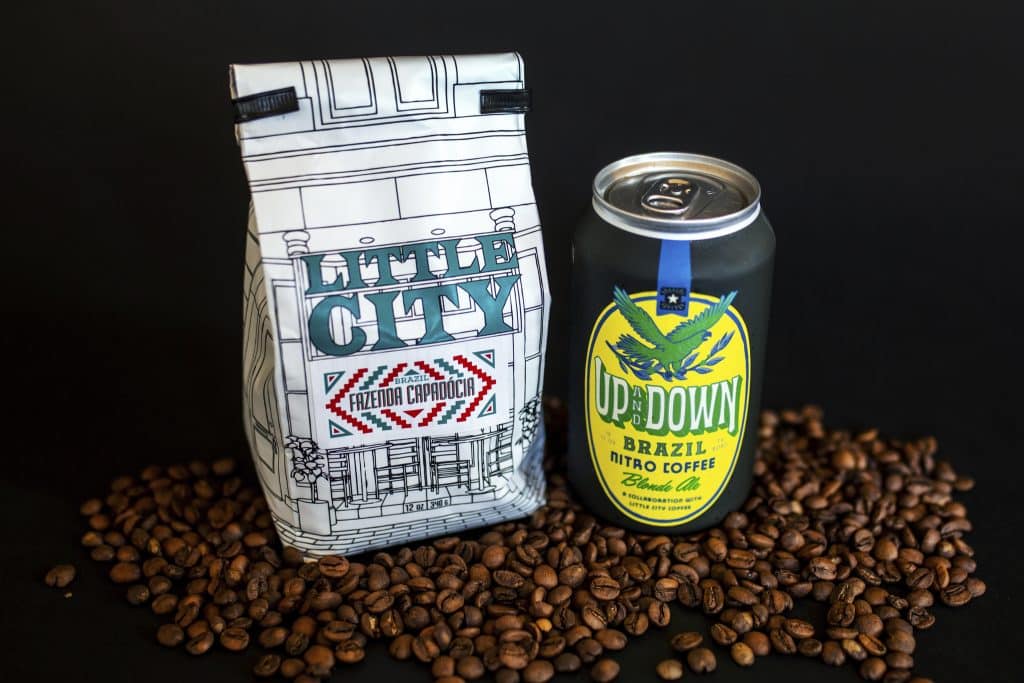 Up and Down: Brazil  is a 5.6% alc/volume blonde ale that was brewed with 180 lbs of whole bean coffee per batch and comes packaged in a special widget can—the same technology that is used in canned nitro coffee. Independence is one of only a few breweries in the country to use these patented cans, and among the very first to experiment with canning a nitrogenated coffee beer. As with all boundary pushing ventures, this innovation involves both high risk and high reward for the 15-year-old brewery.

“Working with coffee in beer is risky,” says head brewer Brannon Radicke, “if not properly handled, it can quickly degrade to a stale kind of vegetal flavor. That was a big concern for us going into this—how to preserve freshness. Breweries often address this problem by making their coffee beers big stouts or porters with lots of roasted malts that mimic that roasted coffee flavor. However with our beer we wanted to do something different by showcasing the coffee as much as possible. By using a light blonde ale as a neutral base, there’s no way to hide off-flavors. We decided that the only way we were going to do this beer was if we could nitrogenate the beer instead of carbonating with CO2. In our experience nitro produces a more shelf stable product. There’s a reason why most of the canned coffees you see on the shelf are nitro.”

“This release is particularly exciting because of the opportunity it presents to showcase coffees from around the world,” says Jonathan Barraza, one of the brewers at Independence who traveled to Brazil and led the effort in bringing the beer to fruition. “If all goes well, we hope to bring this beer back next year featuring beans from a different coffee producing region that Little City sources from－Ethiopia, Mexico, Colombia, Myanmar, Indonesia, Yemen—the possibilities and flavor profiles are endless.”

Co-founder and president Amy Cartwright seconds that excitement. “Adventure is the lifeblood of Independence Brewing, it’s why we started the brewery and why we continue to innovate. With this beer we wanted to create something that is truly new, a hybrid of our two favorite beverages—beer and coffee.”

Up and Down: Brazil will be available in HEB, Central Market, Whole Foods, and select bars and restaurants throughout Texas December 1, 2019 – March 31, 2020.

The business is a proud and active member of the communities of Austin, Dallas, Houston, San Antonio, and El Paso. The brewery and its taproom are open to the public for tours in Austin, Texas. Anyone interested in learning more about Independence Brewing Company beer or tours of the brewery, should visit independencebrewing.com or follow @indybrewing on Facebook, Instagram, and Twitter.

ABOUT LITTLE CITY COFFEE
When Little City, an iconic Austin café and coffee roaster, was forced to shutter in 2011 after nearly 20 years in business, Joel Shuler, of Austin roaster Casa Brasil Coffees, stepped in to purchase Little City Coffee Roasters to keep the brand alive. Their team is passionate about coffee and actively travels the world to source small, unique lots of coffee directly from growers. In order to ensure that quality is maximized throughout the supply chain, careful attention is paid to every detail, from the partnership with the growers to the storage and roasting of the coffee. Within Little City’s climate-controlled warehouse, the beans are roasted to order. Each small batch is cupped by our team of coffee professionals to ensure that the coffee hits the shelves at its full potential. Little City firmly believes that “everyone deserves a great cup of coffee” and their blends and microlots are as at home at a coffee shop as they are at a corner store. The results are smooth, unique coffees that are as approachable as the classic Austin coffee shop that inspired them.