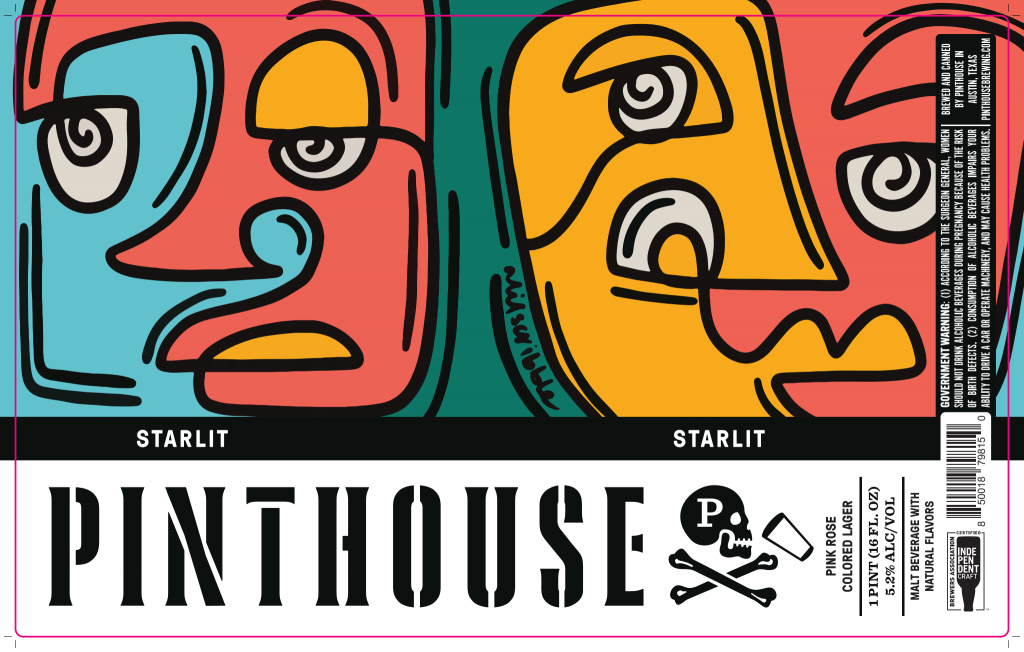 Pinthouse Brewing is honoring Juneteenth by releasing a collaboration brew with Central Texas artist, Alannah Tiller. Saturday, June 19th at 11 am you can purchase 4-packs of 16oz cans of their Starlit Rosé Lager (5.2% ABV) exclusively at the newly opened Ben White location. To add to the wins, a portion of the proceeds for Starlit will be donated to the African American Youth Harvest Foundation.

According to History.com, “Juneteenth (short for “June Nineteenth”) marks the day when federal troops arrived in Galveston, Texas in 1865 to take control of the state and ensure that all enslaved people be freed. The troops’ arrival came a full two and a half years after the signing of the Emancipation Proclamation. Juneteenth honors the end to slavery in the United States and is considered the longest-running African American holiday.”

What to Expect with the Beer?

Starlit has a dry lager base with a mix of old and new-school hops: Tettnang and Loral, respectively. Expect a vivacious pink color from the beer’s hibiscus cold-steeping and delicious fruit flavors of black currant, blood orange, guava, raspberry, and strawberry. A perfect refreshment for an Austin summer day.

According to Head Brewer, Kirkland Wheeler, “Stars were used as pathways to freedom. To me, they give a sense of hope, promise, and freedom. When the name came about, it seemed fitting for this beverage. A red beverage seemed fitting to celebrate Juneteenth. I also happen to enjoy crisp, fruited drinks, especially in the summertime.”

Pinthouse reached out to Central Texas artist Alannah Tiller, also known as aLILscribble, to craft the label artwork for Starlit. Tiller knew right away she wanted to be a part of the project. “I’m so grateful, Pinthouse reached out to me and I pretty much immediately accepted,” she notes. Adding, “I’m such a fan of the Brewery so this was truly a dream collab for me.” Tiller started aLILscribble full-time roughly two years ago and says, “It’s been such a ride! I find inspiration all over really, from the faces I see every day, to whatever environment I’m in.” When it comes to this particular project, she explains, “Because this collaboration is coming out during a Texas summer, I used that as my influence. I wanted the work to be really fun and vibrant, so I went with a minimal line drawing layered atop a color palette that was chosen to reflect those feel-good summer tones.” 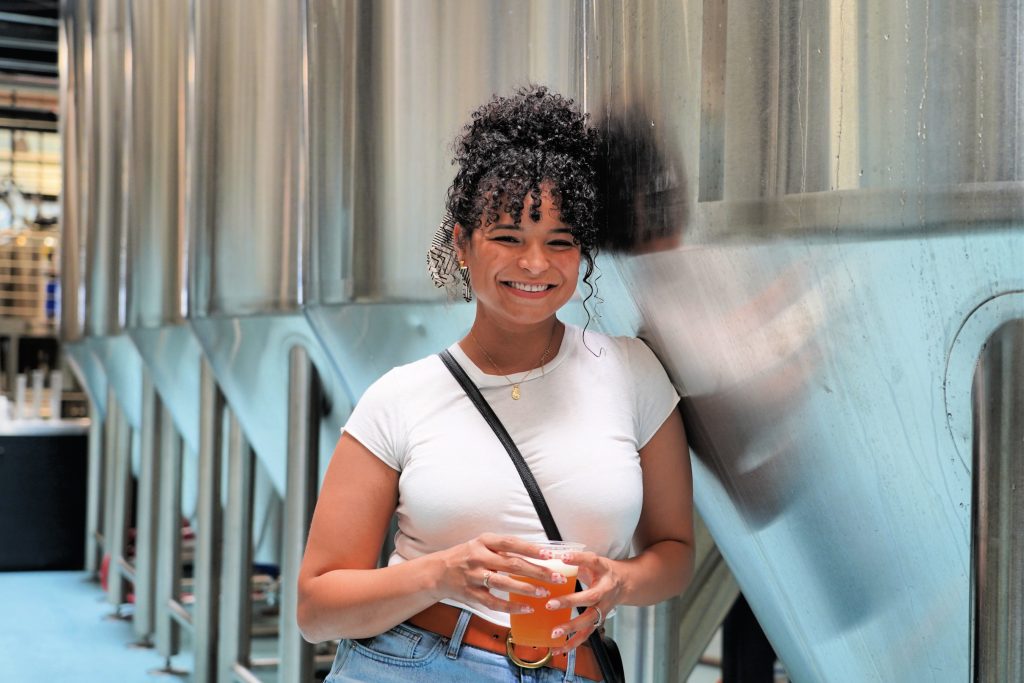 Tiller will be selling limited edition prints as well as featured Starlit artwork throughout the release event.

Pinthouse Brewing is the most recent addition to the growing Austin-staple brand. The Ben White location is the fourth space to open as an independently owned and operated brewery in Southeast Austin. Pinthouse focuses on brewing with quality and innovation. On the new space, per Pinthouse, “A 4-vessel, 15-barrel brewhouse manned by brewing alumni from all three Pinthouse Pizza locations will aid in the continued growth and increased breadth of Pinthouse offerings here in Central Texas.”

Starlit’s proceeds benefit the African American Youth Harvest Foundation (AAYHF), which offers school and community-based programs intended to enhance the quality of life for low-income and African American families. Their programs have helped roughly 9k families receive services. Tiller states, “Pinthouse chose AAYHF for our charitable donation and I was so grateful when I found out. It’s so important to support organizations like this, especially after this past year. The work they are doing for the youth in the community needs to be supported.” The AAYHF received local support as a chosen organization for several Austin-area Black is Beautiful beer proceeds over the past year as well.  According to Jacob Passey, Director of Brewing Operations for the Pinthouse brand, “We wanted to have an annual project to concentrate on after participating in “Black Is Beautiful” last year…We wanted to create an evolving collaboration with local artists,” he continued, this “seemed like a great way to develop something unique to Pinthouse.”

“It’s a cool project to be a part of,” Wheeler expresses. “Most of my efforts here go towards making quality, tasty beverages. That’s lovely and all, but anytime a brew can assist in positive impact to our community it is so much better,” he affirms. “To be able to find a way to give back to the African American Youth Harvest Foundation means the world to me. There has never been a better reason to drink a beer,” Tiller concludes.