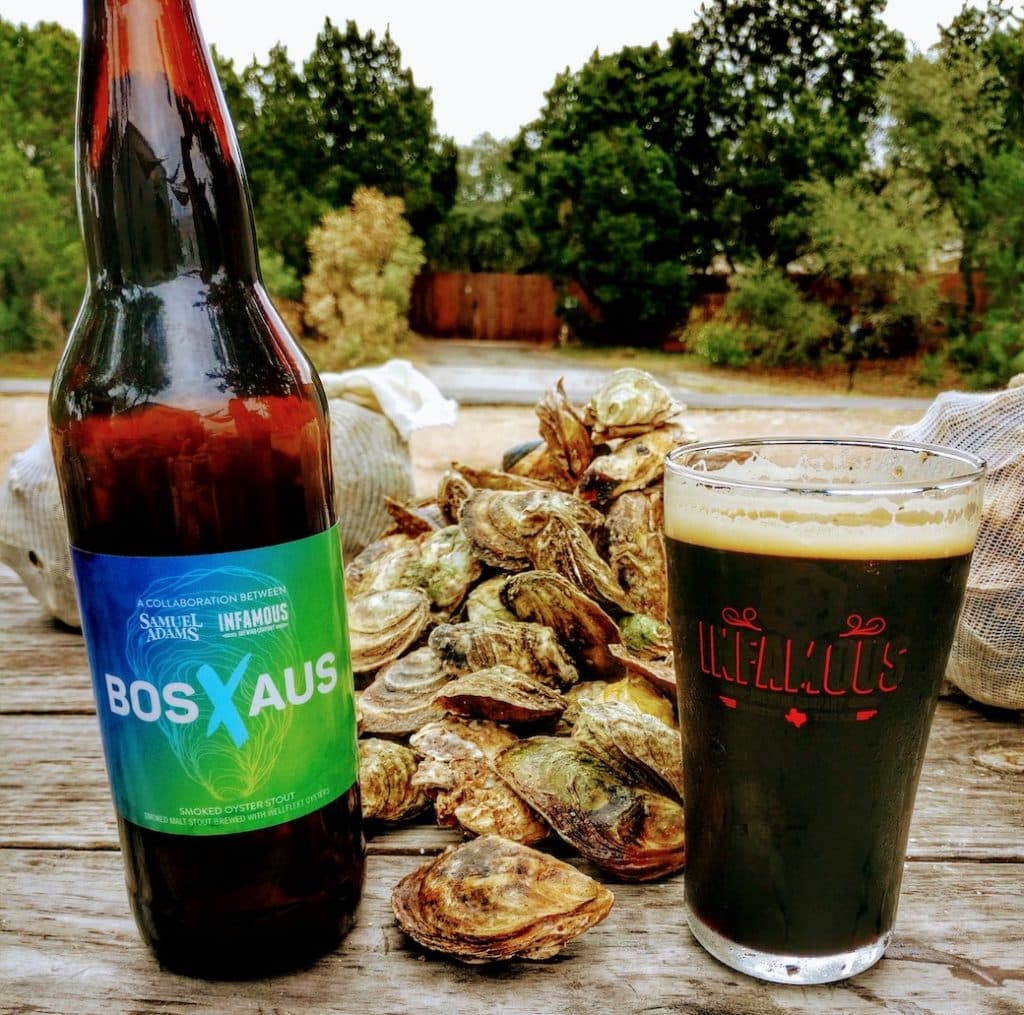 Samuel Adams flew a crew to Austin, including Brewer Jennifer Glanville, to brew a collaboration beer with Infamous Brewing. The beer is called BOSxAUS and it is an Oyster Stout which we be available in March right around the time SXSW is going on. 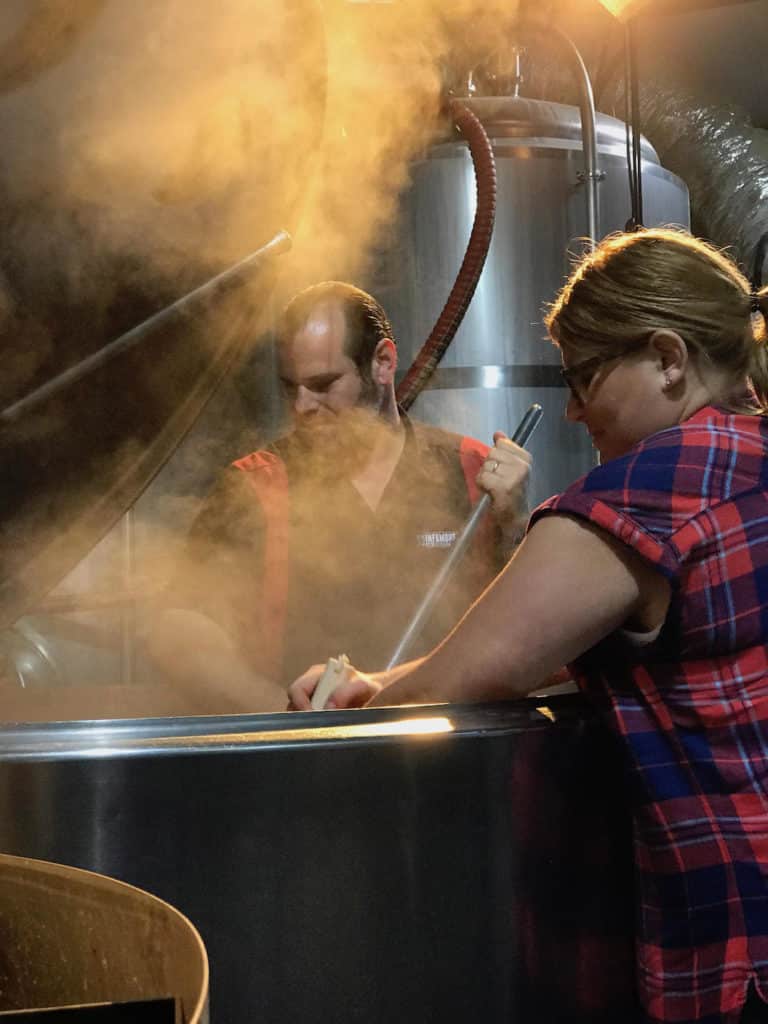 Samuel Adams is also hosting a Pop-up Pitch Competition in March where small businesses will compete with their pitch to win up to $10,000!

Infamous Brewing was part of Samuel Adams “Brewing the American Dream” a few years back. Brewing the American Dream is a philanthropic program started by Jim Koch that helps small businesses in the food and beverage, hospitality, and craft brewing industries combining expert business coaching and advising with access to small business capital(via non-profit microlender, Accion). 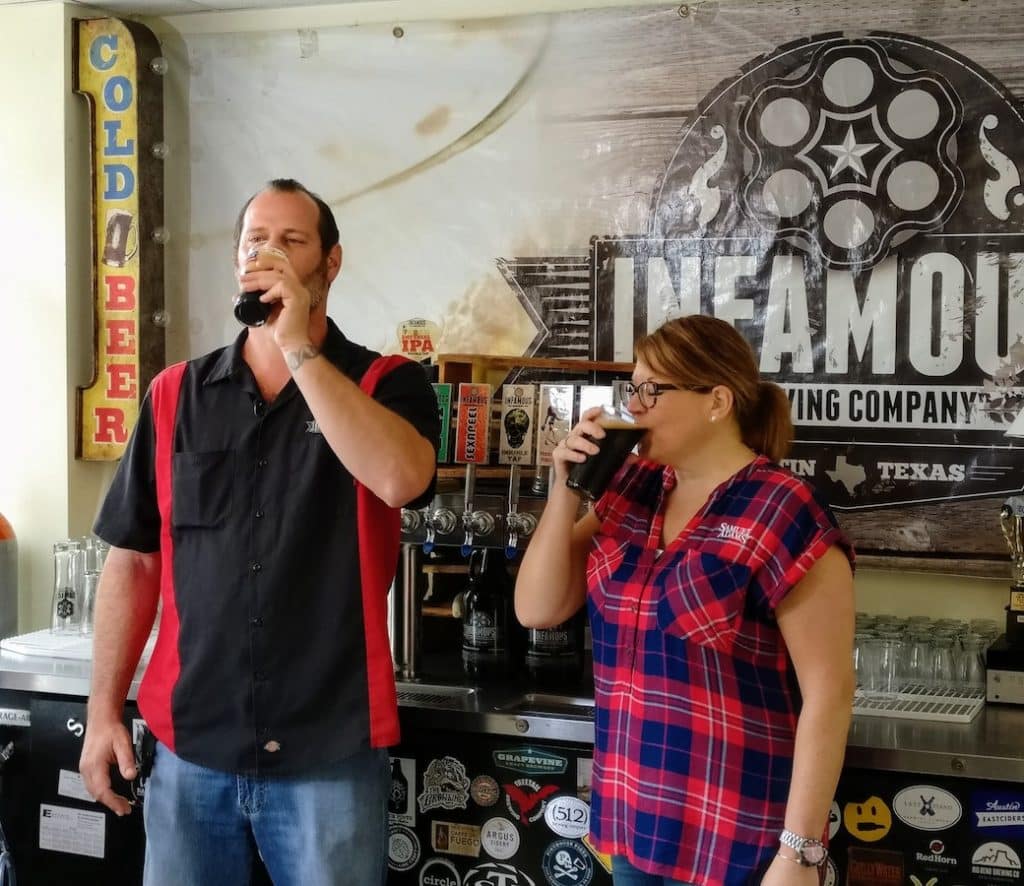 The Pitch Room is a dynamic event where a panel of distinguished expert judges offer entrepreneurs advice on their 2-minute sales pitch. Contestants will be judged by a panel of experts including Lockhart Steele (Co-Founder of Eater.com & VOX Media Editorial Director), Justin Breton (Head of Partnerships at Foursquare), Koel Thomae (Co-Founder of Noosa), Samuel Adams Brewer Jennifer Glanville (“Most Creative People in Business” according to FastCo) and more.

A Limited-Release Collaboration Beer: In addition, Samuel Adams will be serving an exclusive, limited-release beer, called BOS x AUS, brewed in collaboration with Austin-based brewery and BTAD participant, Infamous Brewing. BOS x AUS is a smoked oyster stout that will be served at the Pitch Room event and at bars and restaurants.

HOW TO ENTER: Small food, beverage and hospitality business owners and craft brewers interested in participating in the Pitch Room Competition must submit an application at http://btad.samueladams.com/about/pitch-room.aspx. Entrepreneurs must have a product that is currently packaged and ready to be on shelf. Applications will be accepted from February 6th until February 21st. Participating contestants will be notified by the Samuel Adams Brewing the American Dream team on March 1st.

RSVP: To attend the Pitch Room, RSVP via Eventbrite: https://www.eventbrite.com/e/samuel-adams-pop-up-pitch-room-competition-tickets-31832145805

WHY: Samuel Adams is celebrating 33 years of brewing, and despite the craft brewery’s success, brewer and founder Jim Koch hasn’t forgotten how hard it is to start and run a successful small business. That’s why he created Samuel Adams Brewing the American Dream, a unique program that provides the two things he wishes he had when starting Sam Adams: real-world business advice and a loan.

Since 2008, Sam Adams and our nonprofit partner Accion, have lent more than $15.5 million to roughly 1,200 food and beverage businesses through our Brewing the American Dream charitable program. As important, we’ve coached and mentored more than 6,000 small businesses and helped to create or save nearly 4,900 jobs across the country. Nearly $1 million of this capital has been lent nearly 40 U.S. brewers. To learn more, visit btad.samueladams.com.