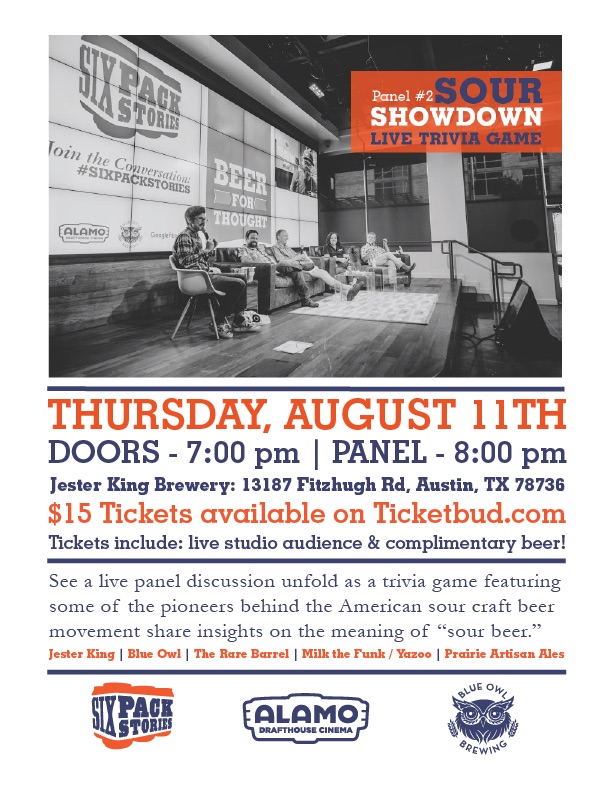 The Sour Showdown will feature founder Jeffrey Stuffings from Jester King, Jeff Young of Blue Owl Brewing, Jay Goodwin of The Rare Barrel, Brandon Jones of Milk the Funk/Yazoo, and Michael Lalli of Prairie Artisan Ales. See a live panel discussion unfold as a trivia game featuring some of the pioneers behind the American sour craft beer movement share insights on the meaning of “sour beer.”

Tickets for this panel include entry and complimentary beer from Jester King, Blue Owl & Prairie.

Stanley’s Farmhouse Pizza will be available for purchase.