What normally is the largest beer festival in the US, the Great American Beer Festival, was forced to change their award ceremony for the second year in a row. This year, it happened during the CBC (Craft Brewers Conference), which allowed many of the breweries, and brewers, to at least attend the award ceremony, unlike last year. It brought back the feel of older events, just without the masses of people participating in the yearly Great American Beer Festival session happening right after. 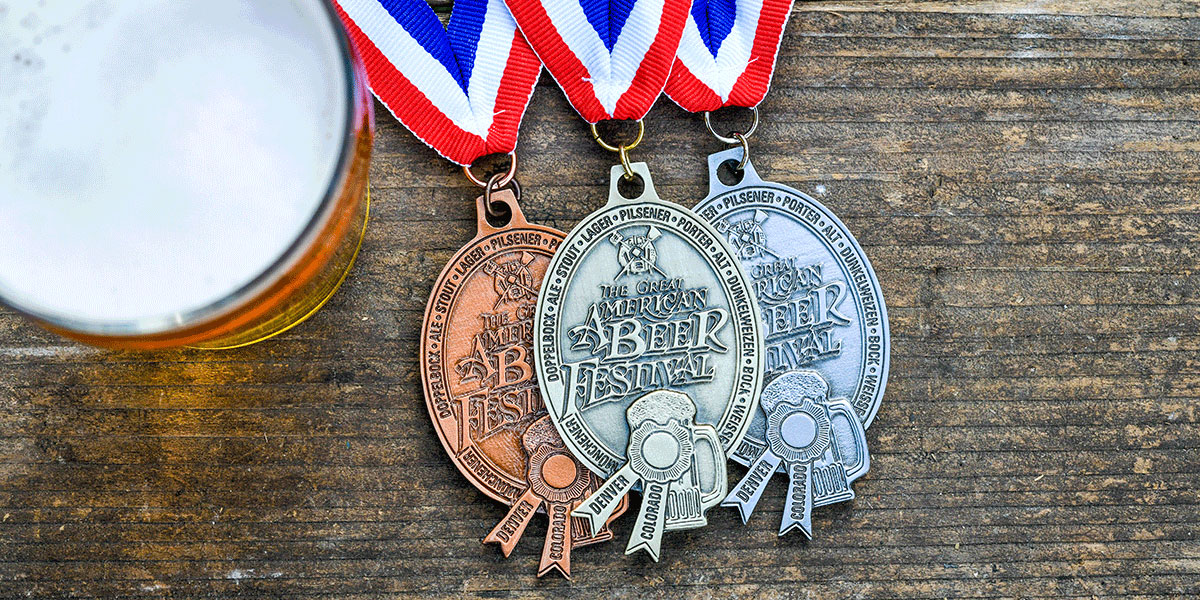 This year, there were 7 more categories than last, bringing the total number down to 98. With that said, the Wet Hop category has yet to be judged to allow breweries more time to complete their Wet Hop beers. Expect those medals to come out sometime in mid-October (Edit: Article updated as of October 15th to reflect the winners). Along with that, there was no Collaboration category or Pro-Am category. The categories range from American Wheat Beer to Wood-and-Barrel-Aged Sour Beers. The number of entries per category ranges from just 24 (Session Beer) to 427 (Juicy or Hazy IPA).  The average entered per category came out to 99.6, up from 97 in 2020. Basically, the competition gets tougher each and every year.

The total number of competition entries submitted to the festival was 9,680 (up 874 from last year) coming from 2,192 breweries (down 472 from last year) across the US. All 50 states, along with Puerto Rico and Washington D.C., were represented this year. 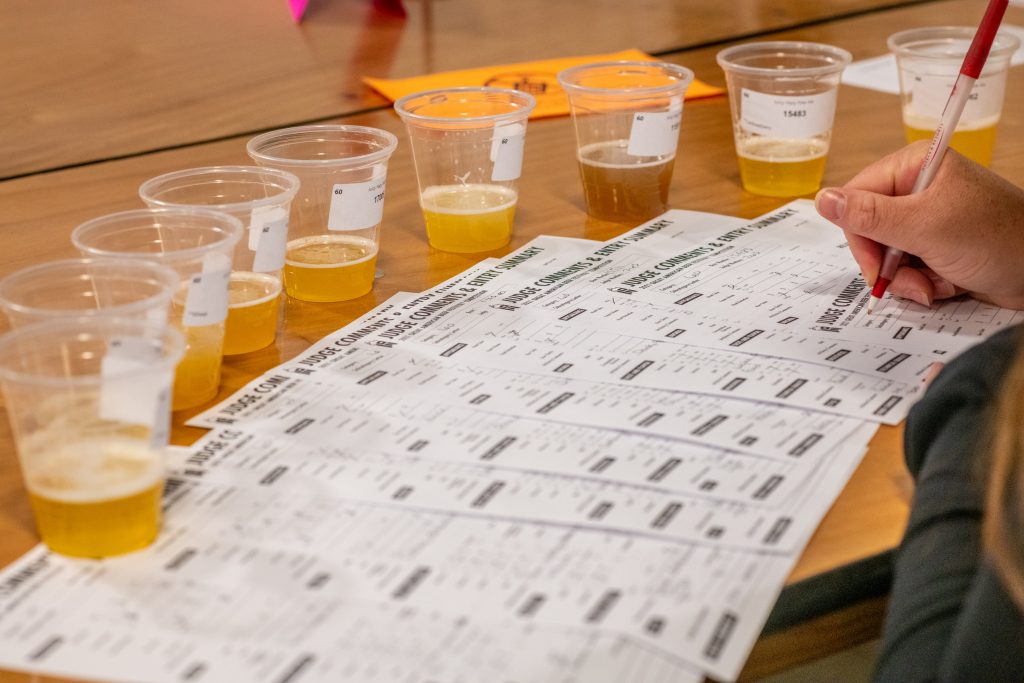 A total of 425 new breweries entered beer into the competition, while 30 were first-time winners.

One brewery had the largest medal haul from GABF with 3 medals -  Moontown Brewing Company (Whitestown, IN). This is the second year in a row that an Indiana brewery took home this honor, last year with Sun King, out of Indianapolis, taking home the most.

The state of Texas brought home 14 total awards. They are as follows:

Here is a quick breakdown of how Texas has done since 2010:

There has been a substantial drop in the medals Texas is bringing home since 2017. Overall, more breweries are entering, more beers are entered, and it gets harder to win consistently. With that said, Texas outperformed their 2020 numbers.

Here are the numbers of gold over the same time period: 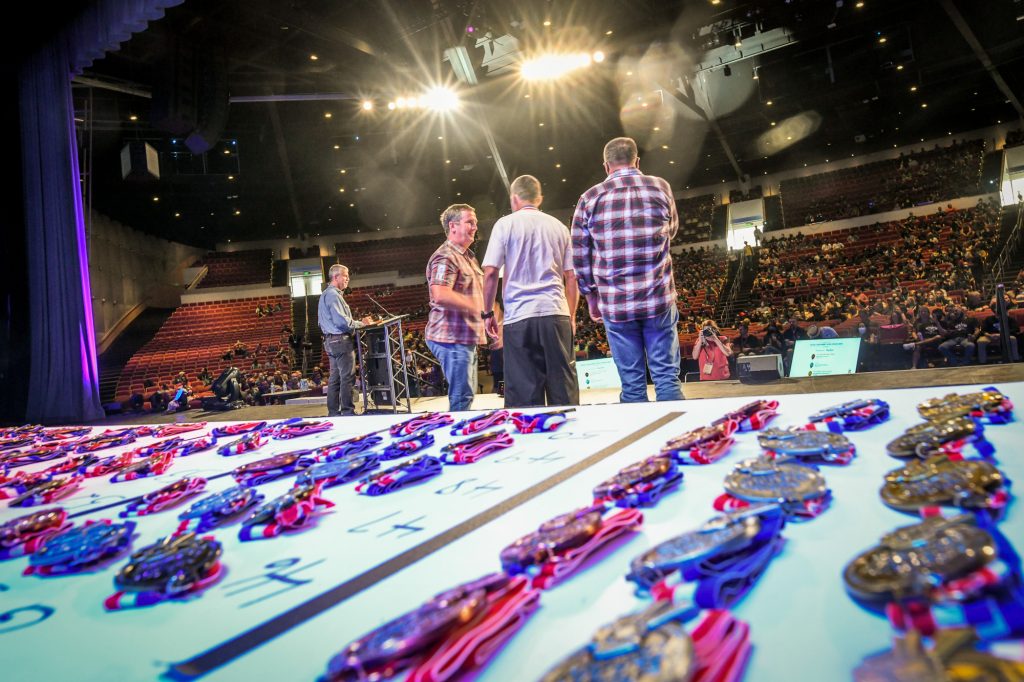 As far as where Texas placed as a state, they finished with the seventh-best haul of medals out of all states (staying level with last year). Illinois had the biggest improvement of them all, increasing their medal haul by 10 this year. The main difference, this year, is that Colorado fell one to the number 3 spot, while Washington took home the second most. Traditionally, Colorado and California take the most medals.

Iowa is the only newcomer on this list from last year for the top 10 medal hauls by state.

These ratios should continue to go up as more and more breweries open (and not many categories are being added). Traditionally, Colorado always "led" when you looked at it this way. However, Oregon took that honor last year, and Iowa sneaks in with the most medals per brewery this year. Texas improved slightly, but still falling behind in counts compared to the states in front of us. 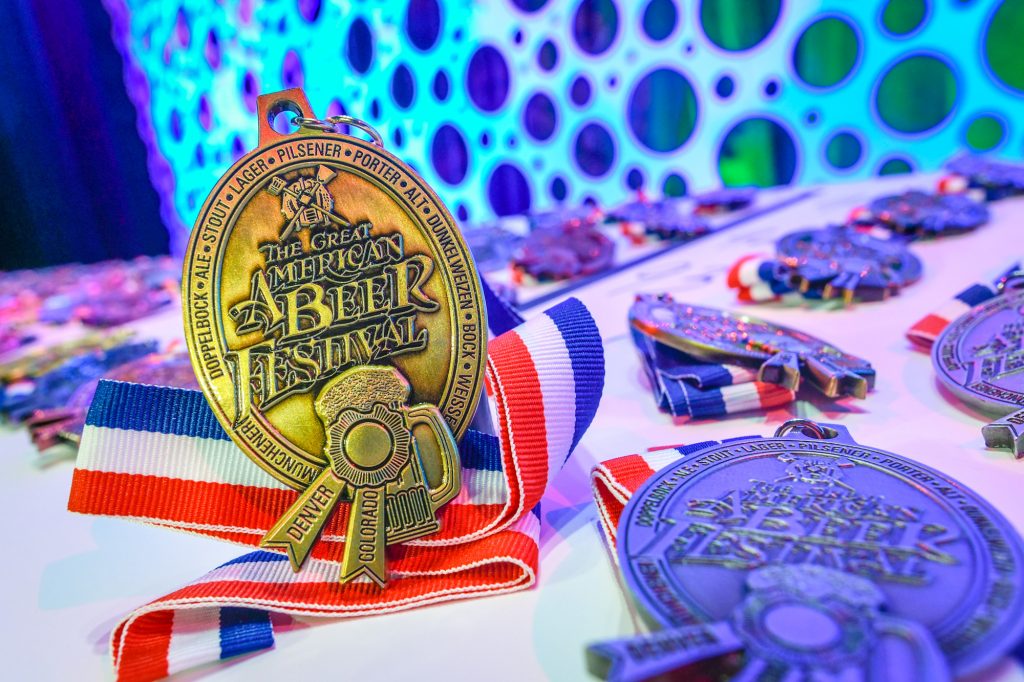 – Real Ale did get back to winning medals. Last year was the only year since 2012 that they did not win a medal.

- The two breweries with the longest winning streaks in Texas belong to Save The World and Pinthouse Pizza (if you do not differentiate between the locations). Both have a medal in 5 straight years of competition.

- If you are curious who are the top awarded breweries in Texas (if you take out macros and places that shut down), here they are:

- Four beers from Texas, this year, had previously won a GABF medal before:

Shiner Bock, along with Saint Arnold Summer Pils, have been the biggest individual craft beer winners from Texas overall, with 6 medals each. Real Ale Real Heavy now shares that honor with those two. Next up comes Celis White, with 5 medals,

Here is to hoping that the festival can be in person next year!