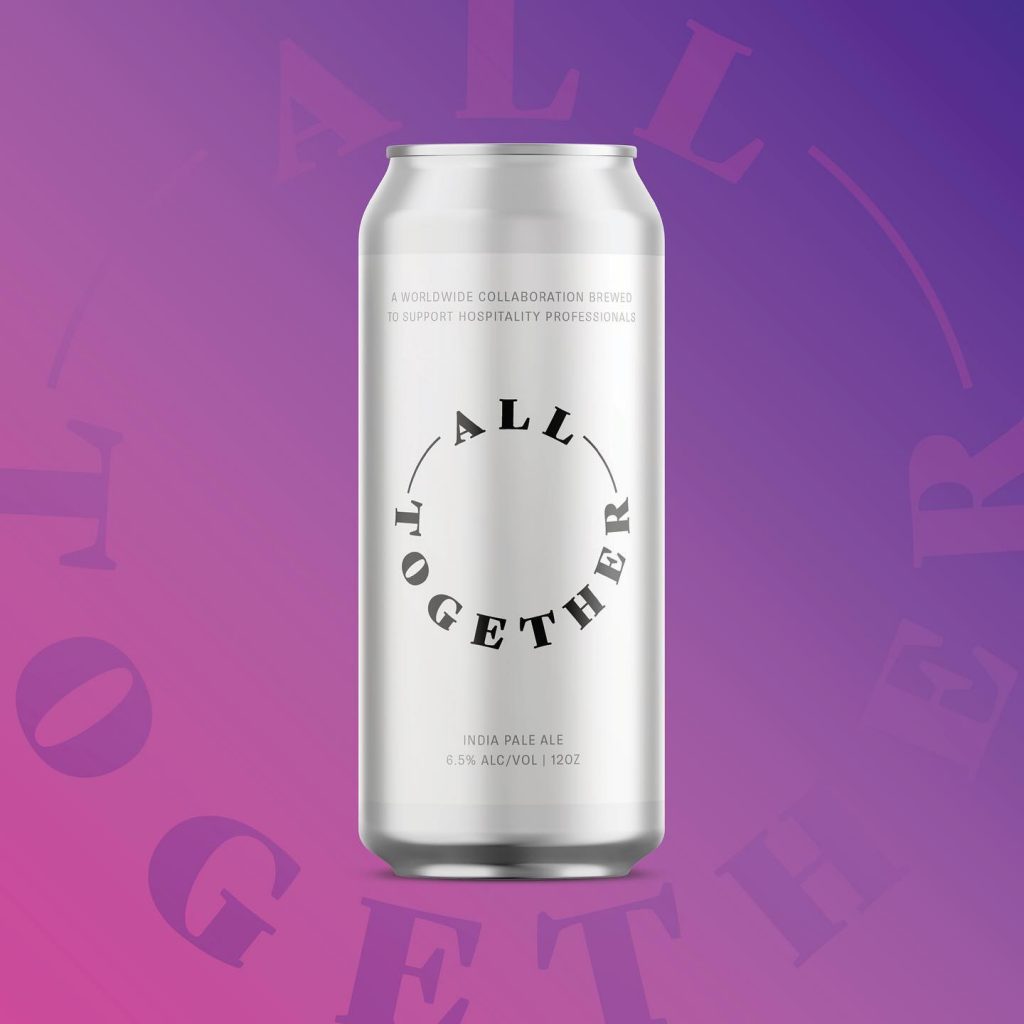 Texas Breweries Brew All Together IPA

Kunstler Brewing joined the collaboration because they love using their brewery as a cause to support other causes, and have done so many times.  They are hoping that All Together makes the public more aware of all the amazing people who are a part of making the craft beer industry as dynamic, and fun as it is. Vera Deckar, owner/head-brewer, says, “It takes more than an owner, and a brewer to have a thriving business.  We couldn’t do this without our staff, and many others involved in the industry, and with this beer, we celebrate them all.” Kunstler also stated that anytime they have done a collaboration with anyone, they have learned something, and this is no different. They used the recipe provided by Other Half Brewing and simply changed the yeast and water profile to create a classic West Coast IPA. Their All Together pours with a bright golden hue and greets you with fresh floral, and herbal aromas, brightened by citrus.  On the palate, there are notes of grapefruit and lemon zest, orange pith, dank pine, all balanced with a malty backbone, and finishing delightfully dry. For the charity they are supporting, they stated: “After moving operations from the Tavern to the Curbside model, we have noticed a huge drop in tips.  While we pay our beer tenders above minimum wage, they are still accustomed to tips.   Altogether is going to make up for this drop in tips.  Whatever is not needed will be donated to our friends at Hoppy Monk, who have been furloughed.”

Turning Point beer also found a good reason to join this collaboration. They state that it was a no brainer because the craft beer community is like one big family– when some are hurting, we’re all hurting. If there is an initiative put in place with the intent to help those in need, they will join it time and time again. Rachel Neil, the taproom manager, states “This nightmare has derailed many peoples’ lives in DFW and across the country. Our co-workers, neighbors, friends, and family, are suddenly unable to carry on their lifestyles securely. For some, this includes basic necessities such as food, housing, and supplies. By brewing this collaboration, we’ve pledged to donate proceeds to the North Texas Food Bank to do our part in aiding those in our community who were hit hardest by this pandemic.”

Dave Ohmer, General Manager of Urban South – HTX, states that they jumped on this collaboration at the chance to contribute to both our local hospitality community and the industry that they love so much. He, like many others, said it was an easy decision to make. They primarily stuck to the guidelines set forth by Other Half Brewing in the recipe. They did make slight changes to the hops based on what they had on hand, using a blend of their hand-selected Citra, Mosaic, and Centennial hops. Their beer sold out by April 30th. Dave tells us that, they chose to donate a portion of proceeds from All Together beer sales to Southern Smoke Foundation here in Texas that supports food and beverage industry workers in crisis. He also said that the project also helps them keep their brewing team employed and busy with a creative outlet during the shutdown.

As there are many great reasons to brew the All Together IPA, Jared Chacon says they started looking at ways to help the community as soon as the pandemic hit. He states, ” We went through many ideas of how to provide aid and relief before we heard about the All Together collaboration. It was the perfect opportunity to use our gifts and skills to bring much needed help to our neighbors both local and across the state. Plus, the beer recipe looked delicious on paper so we had to get in on that.” Since the recipe looked so delicious on paper, True Vine brewed the original recipe. They are donating to the Texas Restaurant Relief Fund. This is a fund set up by the Texas Restaurant Association to give aid to both  small Texas restaurants and their employees.