With over 7400 breweries in operation (and new breweries opening up literally every day), it’s no surprise that the craft beer world is as competitive as ever.

Many other factors (that people tend to have strong opinions about) continue to complicate, even further, the complex and somewhat uncertain future of how and which craft breweries will survive and which will thrive:

I certainly don’t see any time soon when these challenges will get any easier. I do believe the argument could be made that given all of the major factors I just outlined, the craft beer world may have to kind of crash and burn, dust itself off, and then decide where it’s going to go in the future. I realize the phrase “crash and burn” isn’t exactly a phrase that craft beer fans want to think about, but I genuinely do believe that there are too many people who have gotten into the beer business that just really aren’t committed to brewing consistent quality beer(aka they’re in it for the money).  Unfortunately, these beers still get shelf and tap space just because they are new (I realize I used this almost exact phrase in the last article I wrote, but it seriously is one of the most concerning things I see when the market demands nothing but something always new and seems to care less and less about consistent quality).

On a somewhat brighter note, the one thing I continue to see despite all of these challenges is, for the most part, a continual strong camaraderie among craft beer lovers and breweries. Unlike any other industry out there, craft brewery owners seem to have a remarkable ability to put all their differences and the fact that they are business competitors to the side and do things that are simply unheard of in virtually any other industry:

…and the list goes on. That said, the most significant example of this, in my opinion, is how friendly and supportive brewery owners are (generally speaking) to one another at various consumer gatherings, ranging from tap takeovers to large beer festivals with often many brewery owners and sales representatives in attendance. During these types of events, the overwhelming attitude always seems to be “let’s support one another by encouraging everybody to brew the best beer possible by educating consumers why they should drink and support craft breweries.” 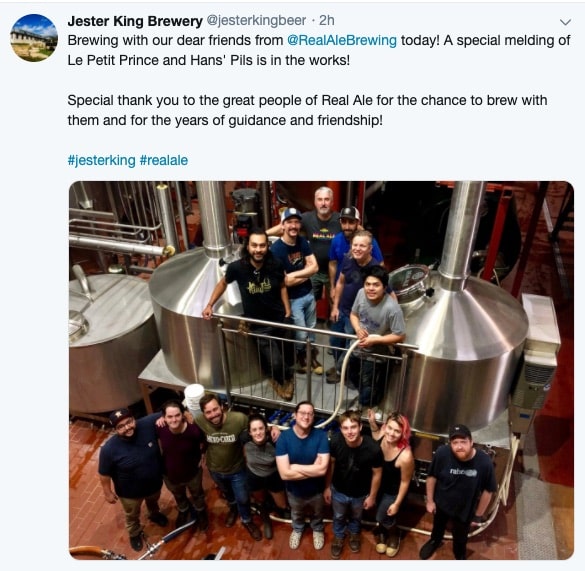 Recently, Beer Connoisseur wrote an article titled “Is Co-opetition At the Core of Craft Beer’s Future“? The writer goes on to explain that “Co-opetition” is actually a term that NASCAR legend Darrell Waltip came up with to describe how racers cooperate with each other to get to the front of the field and then compete with one another for victory at the finish line. The article regularly references how in many industries various competing companies end up sharing knowledge in an effort to reduce product development costs only to be relentlessly competitive once the end product is available in the marketplace. Throughout reading this, what continually came to my mind about how the beer industry is different than other industries is the end goal of making new competitive products, or in the case of the brewing industry, maintaining consistency with your existing beers and releasing new offerings people seek out.

On one end of the spectrum, you have highly competitive industries in our competitive American Capitalist System. The smartphone and automobile industries are prime examples of where although different companies end up borrowing ideas from one another, the end goal is to beat (or, make that eventually destroy) the competition.

The, on the opposite side of the spectrum, you have craft beer. Here breweries acknowledge they are competitors, are running a business and therefore have bills to pay, but an overwhelming majority seem to believe that having all of these various competing beers on the market (within reason), keeps themselves and their competitors on their toes and the end result is better beer for everybody. Even in the cases with the most bitter (no pun intended) feelings towards a small brewery that sells to the largest brewing company on the planet, hearing something to the effect of “I wish Brewery XYZ would have stayed independent, but I still really like their IPA to this day.” Craft breweries almost seem to be like training partners in the gym in that although you are “competing” against the guy who can bench press 30 more pounds than you can, you are glad he/she is around to share his wisdom when you run into sticking points and to give you a spot for your next set, and unless you are a sociopath, you have no interest in beating your fellow gym member to the point where he ceases to exist!

I recently had the pleasure of attending a Sierra Nevada tap takeover here in Austin, TX in which the founder, Mr. Ken Grossman, and his son, Brian attended.

I met Ken & Brian Grossman one time before, and they are both exceptionally down to earth, easy to talk to, passionate beer enthusiasts. The local Sierra Nevada rep Jody Hunt and his colleague put on an excellent event, the turnout was great and included several staff members from Sierra Nevada’s local wholesaler along with the owner of the well established Real Ale, Brad Farbstein.

There were also beer and wine stewards from local grocers as well as the head beer buyer of the bar in attendance. The reason I’m bringing up all of these different people attending is to illustrate just how much respect and camaraderie there was among all of these different people. Even though they are competitors of each other or in the case of the wholesaler, have many other competing suppliers they are obligated to work with and represent in the marketplace.

Yet, somehow, maybe because of the nature of beer being such a wonderful social lubricant that has brought people together for centuries (Humprey Boghart once said, the world is three drinks behind) all of these competitive differences are completely shoved aside and you hear people say “I really like your latest release,” despite the fact that they have or planning to offer a very similar beer to the market.

As a seven+ year veteran of a Fortune 50 tech company, mostly in client support roles, I can tell you with the utmost confidence that the only person you would ever hear talking in a positive manner about a competitors’ products is somebody who is probably on their way out the door! Contrast that with beer, and working it professionally as I did for two years, I can also tell you with confidence that one of the absolute worst things you can do at an account is to speak negatively about a competitor.

The subject of craft breweries collaborating on all new beers and innovative projects (one of my current favorites are three breweries in Colorado collaborating on a new pale ale and share their passion for not just beer but also comic books) certainly warrants its own series of articles. But, needless to say, collaborations have been very common for years, and only continue to grow.

Each year, in Denver, Collaboration Fest is held, which their website states over 200 different breweries participate in. Talk about letting the competitive business guard down in exchange for letting the creativity flow!

How long will this camaraderie last? While I would like to say forever, I’m not sure if that will always be the case. After all, business is business, and a couple of things history has taught us that nothing lasts forever, and to take this even a step further, business partnerships often seem to have a limited shelf life. That said, perhaps the future of craft brewing is just continuing to knock down barriers between competing breweries and the normalization of local and regional craft breweries working together more and more, and who knows, maybe someday we will look back and say “remember when everybody used to hate it when a big brewery bought out a small one.” But even if that is the case, to maximize its future, craft beer will have to continue to seek that delicate balance of managing to buck the competitive capitalist norm with the sobering reminder that at the end of the day, brewing and selling beer is a competitive business. 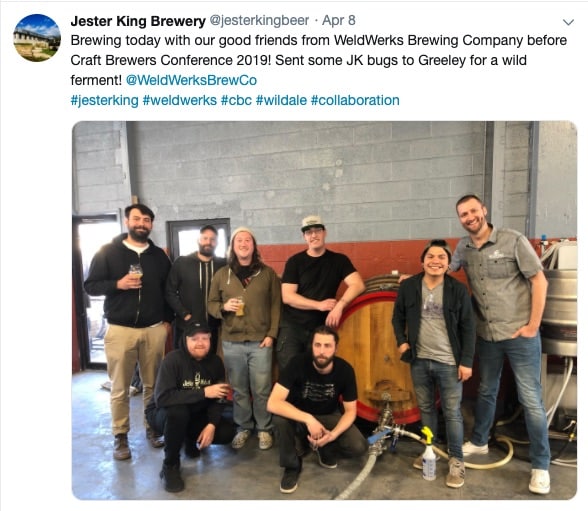 Texas Is As Craft-Competitive As You Get! 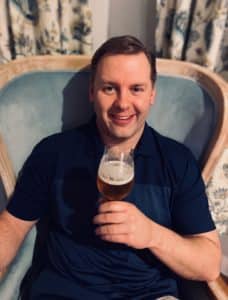