“I work for an amazing company. This past week we lost our brewmaster Steve Anderson, and I took this weekend to reflect on what he meant to others and to the brewing community, which is why I didn’t post about it. My words cannot do justice to his accomplishments, so I have copied the press release from the brewery.”

Steve Anderson, Brewmaster at Big Bend Brewing Co., passed away on Wednesday, November 25th, 2015, at his home in Alpine, Texas, after a valiant fight against cancer. Big Bend Brewing Company lost our Brewmaster; all of Texas lost a true craft beer pioneer and a friend.

Born in 1962 in Dallas, Texas, Steve was on the forefront of many of Texas’s cultural changes of the last five decades. Moving to Austin as soon as he finished high school, Steve was an instrumental part of Austin’s burgeoning punk scene. He was a member of Cry Babies, Screws, Toxic Shock, and was the original singer for Scratch Acid. He was there for the Big Boys shows at Raul’s, which would later turn into his beloved Showdown. He was in the movie Slacker. And he helped create the craft beer phenomenon that Texans enjoy today.
Steve loved beer. He was, in the words of one of his closest friends, “the best man in the world to drink a beer with.” Steve’s entire career was a tribute to beer, friends, and having beers with friends. 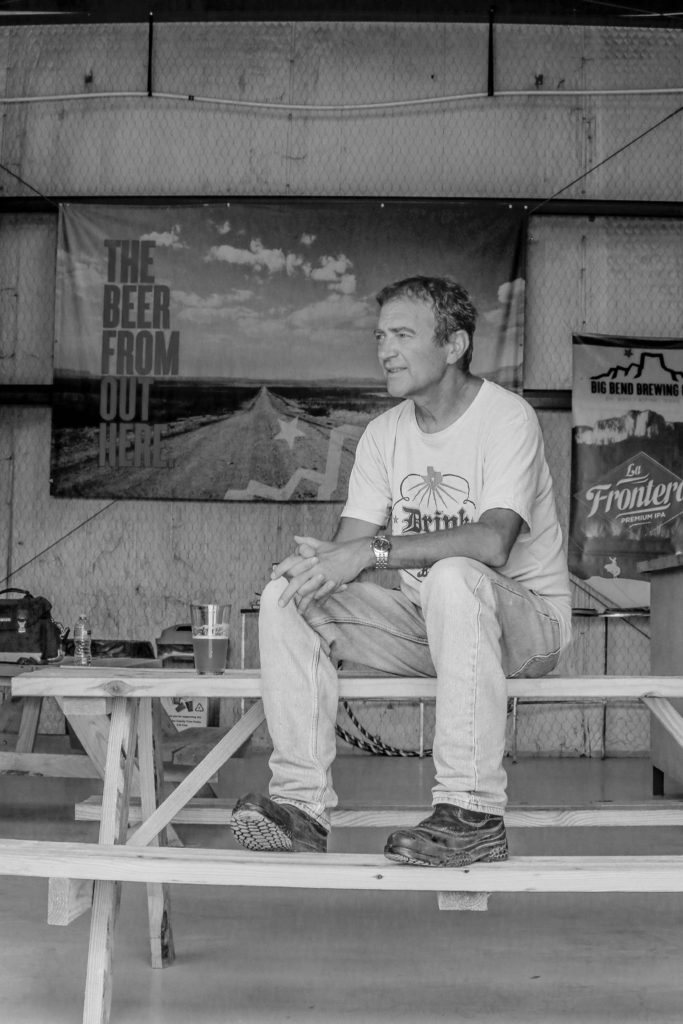 In the 1980s, he was homebrewing and working as a bartender for long-time friend Billy Forrester at The Texas Showdown, a legendary Austin beer bar on the Drag. After taking a trip together to the Great American Beer Festival in 1991, Billy and Steve were inspired to open a brewpub. Unfortunately, brewpubs were not legal in Texas at that time, so they made a deal: Steve would attend the Siebel Institute Brewing Program to refine his brewing knowledge, and Billy would lobby the Texas Legislature to change the law. Two years after that trip, with the law successfully changed, they made their dream a reality and opened Waterloo Brewing Co. at 4th & Guadalupe, making Steve the first Brewmaster of the first brewpub in Texas.

Sadly, Waterloo became an early victim of escalating Austin rents in 2001 and the building was torn down. Thankfully, it had already inspired a tidal wave of interest in craft brewing in Austin, launching the amazing craft beer culture that continues in the city today.

After Waterloo closed, Steve became the Head Brewer at Austin’s legendary Live Oak Brewing Co. Steve worked closely with founder Chip McElroy from 2001 to 2012 to build Live Oak to the renowned and long-standing brewery it is today.

As the population exploded in Austin, Steve and his wife Ellen Weed yearned for a slower pace of life. After owning a second home in Sanderson for many years and falling in love with the Big Bend region of Texas, Steve dreamed of opening a brewery out by the National Park. In 2012, he found a team of people who loved Far West Texas and craft beer as much as he did, and he left Austin to start Big Bend Brewing Co. in Alpine, Texas. Over the past three years, Steve and the team grew BBBC from zero to over 5,000 barrels of annual production.
Last spring, Steve transitioned all day-to-day production brewing responsibilities to his apprentice Amy Oxenham, the Brewery Manager Henryk Orlik, and BBBC’s bright team of young brewers. Steve turned his attention to developing our small batch brewing program, purchasing a small brewpub system to brew specialty series, collaborations with other breweries, and exclusive tap room beers. Unfortunately, we collectively ran out of time before Steve could make this vision a reality.

But we will carry on his legacy. To honor Steve, we will be naming the taproom at BBBC “Steve’s Cantina.” We welcome current, future, and aspiring Texans to share great craft beer and memories from one of the originals. There will be only brewers in Steve’s Cantina, no brewmasters: it will only ever have one.

A Celebration of Life party will be held at Big Bend Brewing Company at 3pm on Saturday, December 5th. Please bring a dish to share and come have a beer in Steve’s honor. 3401 W. Highway 90, Alpine, Texas. (432) 837-3700. info@bigbendbrewing.com
In lieu of flowers, please consider making a donation to Pints for Prostate, an organization created to encourage men to have regular prostate screenings.
http://pintsforprostates.org 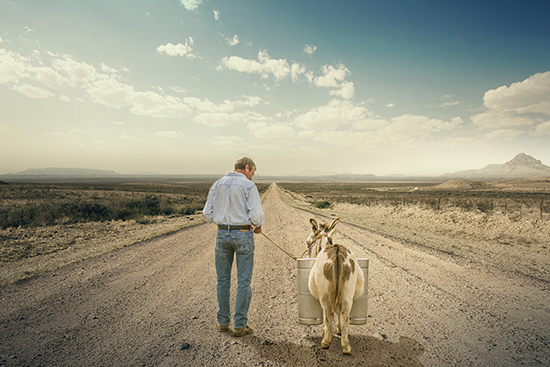