Three of your summer’s favorite beer events are right around the corner and you don’t want to miss what they have in store this year! Lager Jam 6 returns to Spokesman this Saturday, brought to you by the Austin Beer Guide, followed by Banger’s epic 7th Anniversary Party on August 3rd, and the boozy Texas Lambic Fest, debuting for its 5th year at a new venue on August 4th, Batch Craft Beer & Kolaches on Manor road.

Lager Jam 6 party packs are sold out; however, the event is free to attend and there will be plenty of swag for purchase including, shirts, limited glassware, and onsite screen-printed tees. Lagers are much beloved by Texans, and Lager Jam was mentioned in a recent VinePair article.

Beer List: the festival plans to bring you 18 beers on draft, including several fun collabs, and 12 canned varieties. 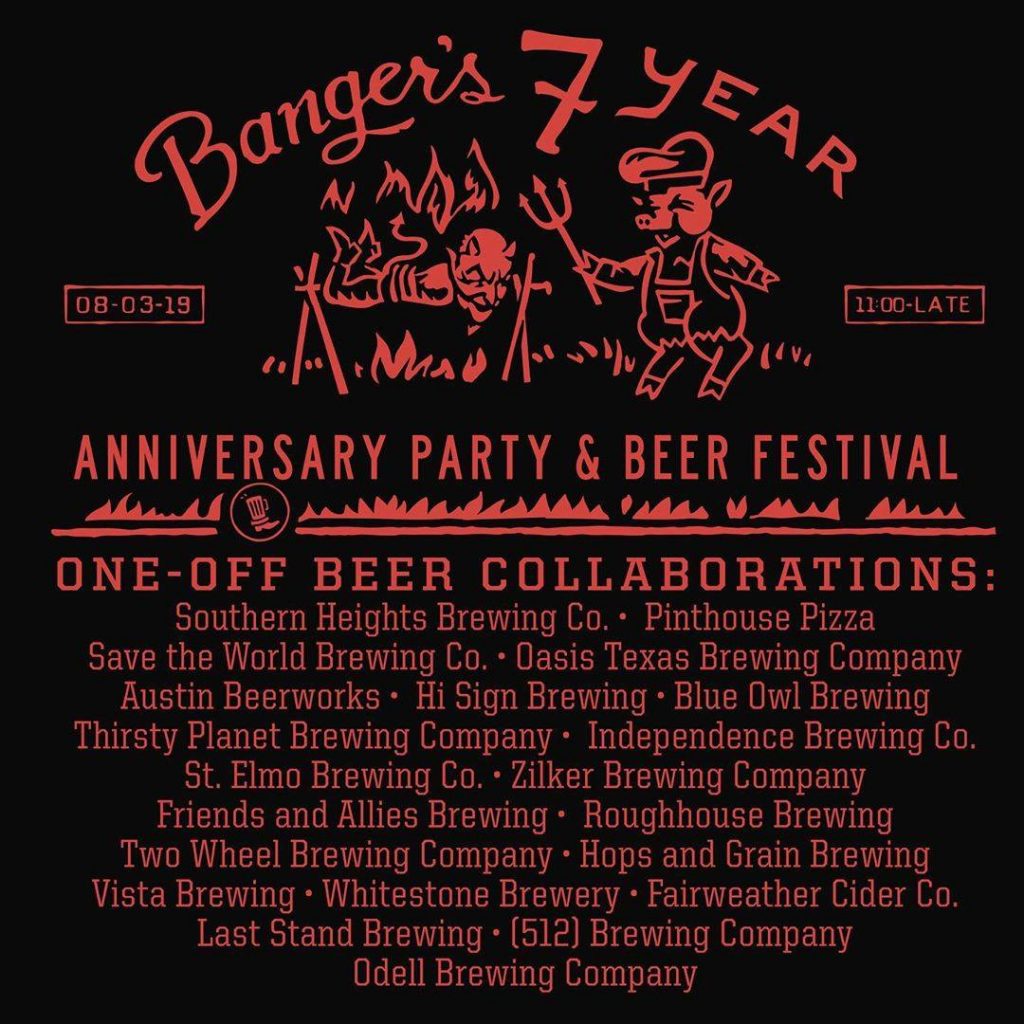 For their 7th Anniversary Party, Banger’s Sausage House & Beer Garden is pulling out all the stops and tapping some of the best kegs from their cellar and combining them with one-off collaborations from various breweries. Food will feature a collaboration between Evan LeRoy and Banger’s Chef Ted in the new Smokehouse.

Texas Lambic Fest is an annual event that focuses, on you guessed it, Lambic style beers. Each year Belgian beer enthusiasts gather to share their beers, share thier stories, and come away with new friends.

This year the festival plans to be bigger and better, starting with the expansion to the Batch Craft Beer & Kolaches open space. New comers to the festival will be able to purchase beer to share from their expansive bottle selection, along with beers on tap. So what does the ticket price get you? Access to the festival, a 2019 commemorative glass, live music, kolaches, bites from Josh Kotschedoff, head chef of Austin’s own Oasis Brewing Company, panels featuring some of Austin’s own best and brightest beer professionals and much MORE!