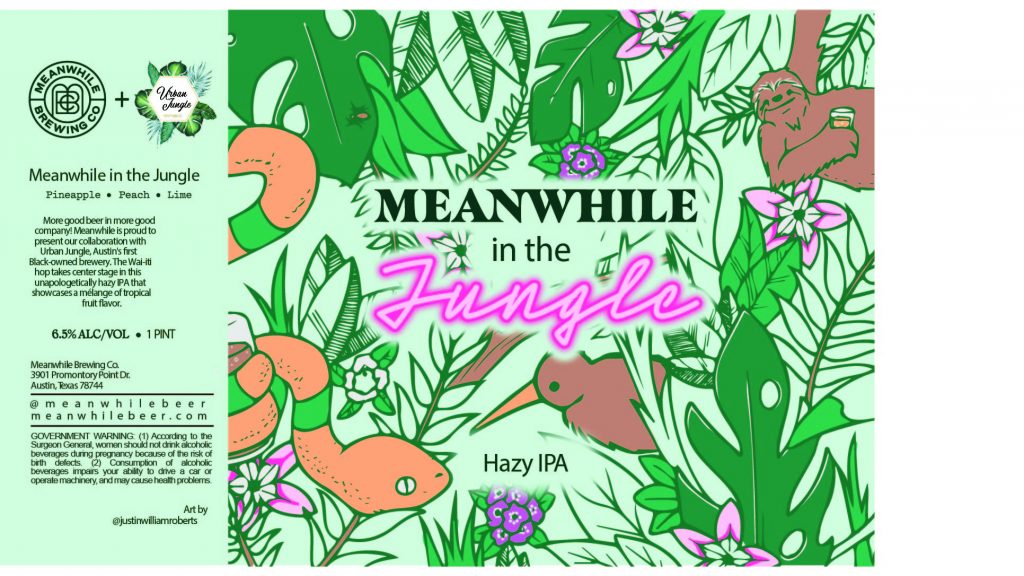 What a week, huh? We hope everyone is safe, warm, and thawed out a bit after the #Snowpacalypse of 2021! Thank you to the amazing beer community we have here that went out of their way to donate water, food, and get up and running as quickly as possible to offer some neighborhood TLC.

Who Are These Awesome Folks?

Urban Jungle Brewing is the product of the husband and wife super team, Shannon and Tiana Harris. We posted a story in August welcoming the first black-owned brewery to the Austin area when they were very much in the beginning stages of planning their brewery. We’re happy to report that’s no longer the case! Many updates to come, stay tuned!

Meanwhile Brewing joined the Austin beer community earlier this year during the pandemic. The kick-butt team hails from Breakside Brewing in Oregon and, lucky for us, brought their stellar skills and delicious beer to share with us Austinites.

What better way to warm back up than to snag the first delicious Meanwhile and Urban Jungle collaboration? Initially planned to release on Valentine’s Day as a piece of Meanwhile’s epic party event plans, the duo has had to postpone the beer release to Saturday, February 20th from 3 pm-8 pm at Meanwhile due to this weather monstrosity.

“Meanwhile in the Jungle” is a 6.5% Hazy IPA brewed with exotic New Zealand Wai-iti hops bringing the tropics to Texas. Expect a fruity citrusy refreshing quencher. Why an IPA? According to Meanwhile’s Founder & Brewmaster, Will Jacquiss, “Shannon has expressed a desire to focus on super hazy IPAs and pastry stouts at his location. So, we decided to make a full-tilt, New England-style hazy IPA, featuring one of our favorites hops, specifically Wai-iti.”

Harris elaborates on how the relationship with Meanwhile emerged. “It felt right to do the first local collaboration under UJB with [Meanwhile] as they’ve been the most supportive and helpful brewery friends in the City since our announcement. The folks at Meanwhile are great and we’re appreciative to call them friends. We are truly blessed and thankful for the few breweries that have helped guide us in the right directions for opening.”

Jacquiss concludes, “We’re super excited to be working with Shannon. We’re pumped for him and his new brewery. It sounds like Urban Jungle will be kicking off construction soon, so we wanted to brew this beer together to celebrate.” 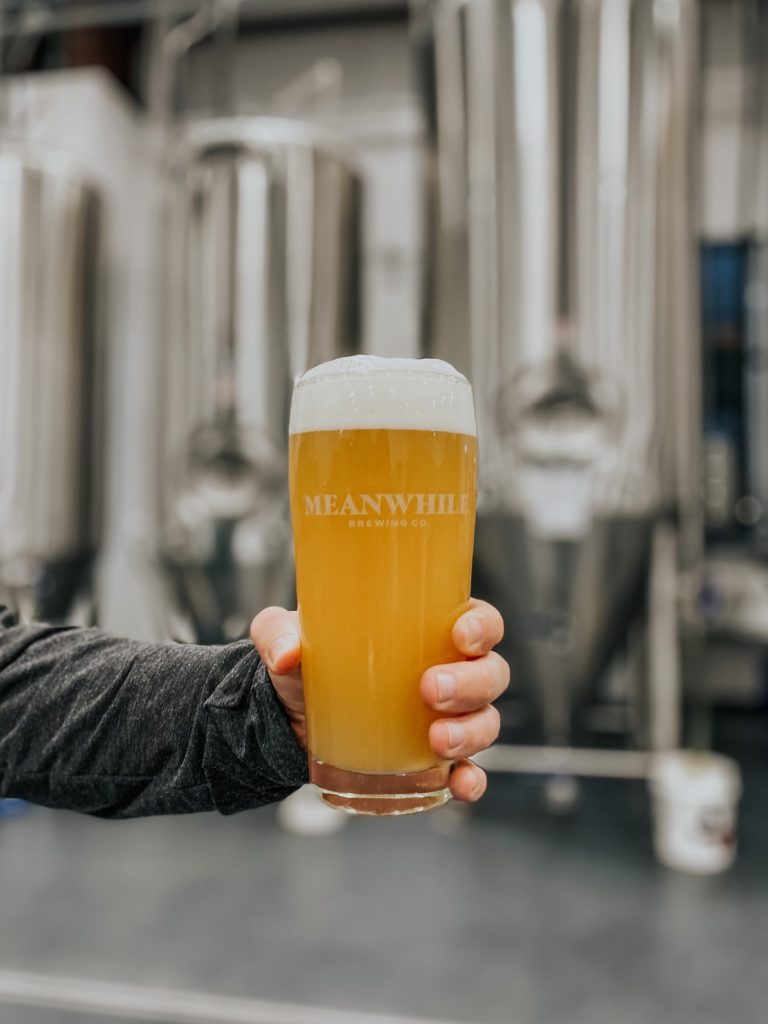 Cheers, Austin! Keep up the great work to #SaveTexasBreweries and #SupportLocal…