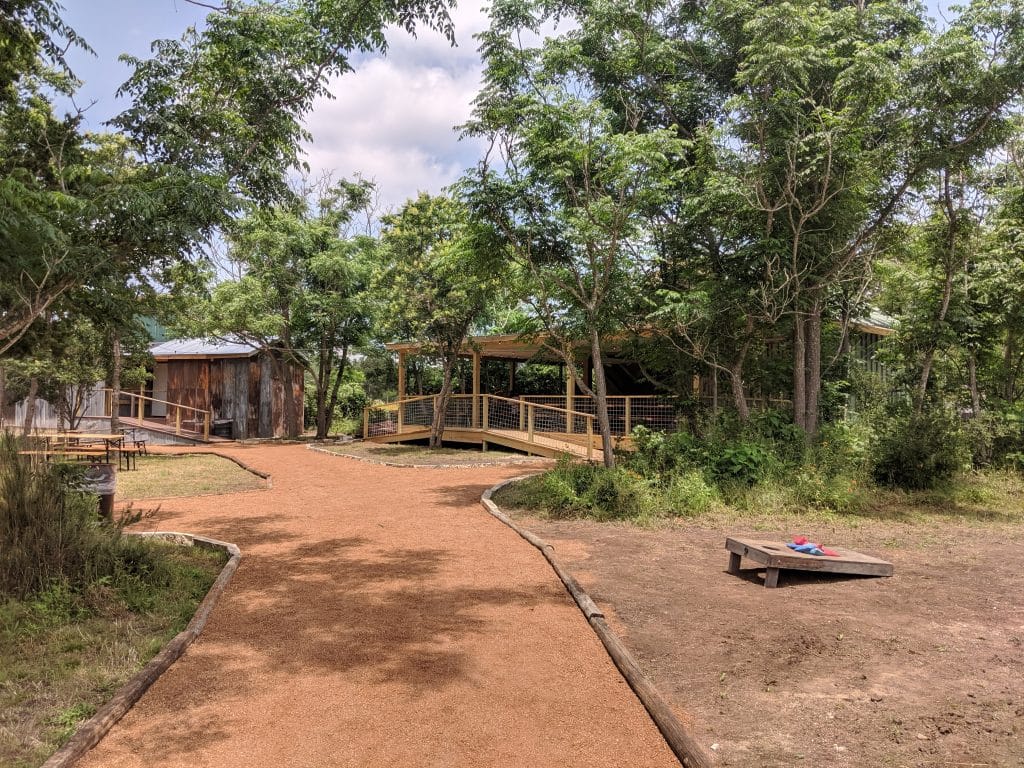 On Sunday, I made my way to the soft opening of 12 Fox Beer Company, another brewery located off of Fitzhugh Rd (near Dripping Springs).

The first thing I noticed was the decor and the outdoor beauty of their space. They had a large spacious patio that seemed quite welcoming (along with a friendly neighborhood brewery cat). Figuring it was the best way to get a taste of their beer, my husband and I decided on two flights of beer. Their flights of beer included a mix of Belgian and American styles.

I had a chance to talk with head brewer Aaron Luelling about the brewery. 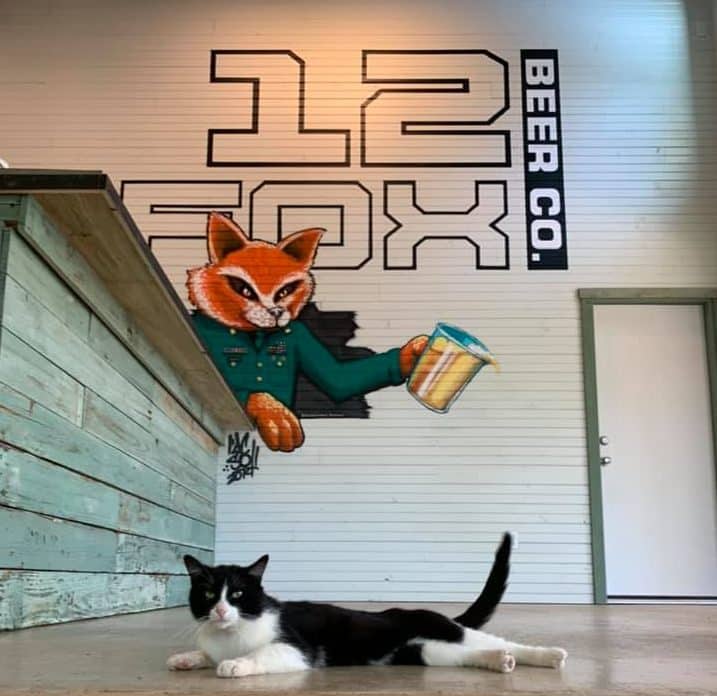 The History Behind the Brewery

The brewer, Aaron Luelling, was living in Las Vegas while working as a CPA. He grew tired of the desk job and wanted more fun in his life! A new hobby developed in homebrew. As his passion grew, he started entering homebrew competitions and was placing consistently in each category entered. In one competition, in Corona, California, he won best of show out of 272 entries. That was the point he started to consider opening a brewery.

He originally met Joe Hogge, co-founder of 12 Fox, at basic training in Ft. Still, Oklahoma. They were stationed with each other, to some extent, for four years. As Aaron started homebrewing, he began sending him beers to try and a relationship turned into business partners. As the serious discussions continued, Aaron decided it was time to make a move from Las Vegas to the Hill Country. His wife and kids started making trips out to begin surveying and understanding the dynamics and demographics of Texas Hill Country. Aaron states, “We really enjoyed the area and the people and we decided to make one more go of it and see what happens.”

Joe and Aaron also have a connection to a small town called Madras, Oregon. Joe is from there and Aaron’s cousin, Seth, lives there now. Seth has a 1,000 acre farm where he has worked with Oregon State University and created a proprietary varietal of barley. 12 Fox single sources all their base malt, Mecca Grade Estate Malt, from there. Aaron added “we refer to them as cousin Seth. Seth believes in terrior imparts and impact flavor.  To him and to us, flavor matters the most.” 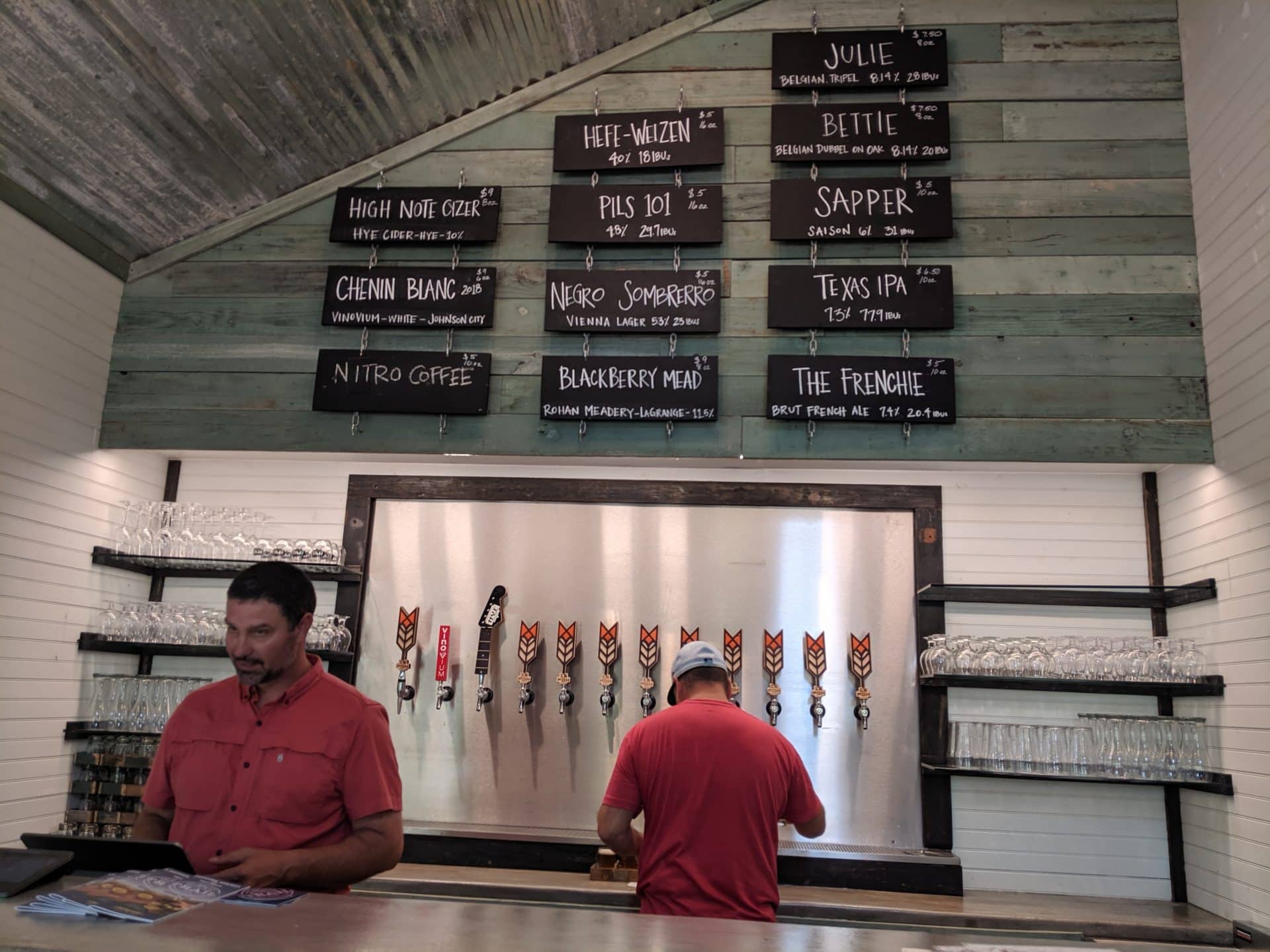 “I would like to expand the number of beers we can offer and identify the core beers consumers are requesting.  We will have seasonal and anniversary beers as well as one offs. The French Ale was supposed to be just that, a one off.  However, it is appearing that people are really enjoying it. I have always wanted to use a champagne yeast in a beer and never got around to doing one till now.  I talked to Matt Couch at Lazarus, in Austin, about blending yeast. I tried blending yeast with the tripel first to bring more stone fruit into the beer. So, I thought what about a type of Biere de Garde/Saison mix.  I really wanted to showcase our malt in a saison instead of the phenols and esters overpowering the beer. I actually, used the same saison strand as the Sapper Saison in the tap room, however, about 3/4s of the way through fermentation I hit it with the champagne yeast.  The result was that the champagne yeast left the flowery fruit of the saison yeast but removed the sour bitterness in the finish and replaced it with an apple grape punch. The beers we decided on were a combination of complexity, simplicity, consumer feedback, home brew awards won, and beers we like to drink.” – Aaron

Note: The Frenchie was one of my favorites. I was very excited to see a Brut —- and not another Brut IPA. Therefore, I am hoping it is not a one off!

“12 Fox comes from our military occupational service code (MOS) in the Army. We originally were going with Backroads Brewing Company, however, the USPTO (patents/trade office) said the name has too much likeness to Back Road Brewery in Indiana. This caused us to become even more original and tie the story to the name even more. “ – Aaron

The logo was designed by a competition through 99 designs. There were upwards of 50 designs submitted to us.  They did an internal evaluation with friends and family to gauge their interest in each logo.  They chose the current design mainly due to the uniqueness and the modernness of the design. 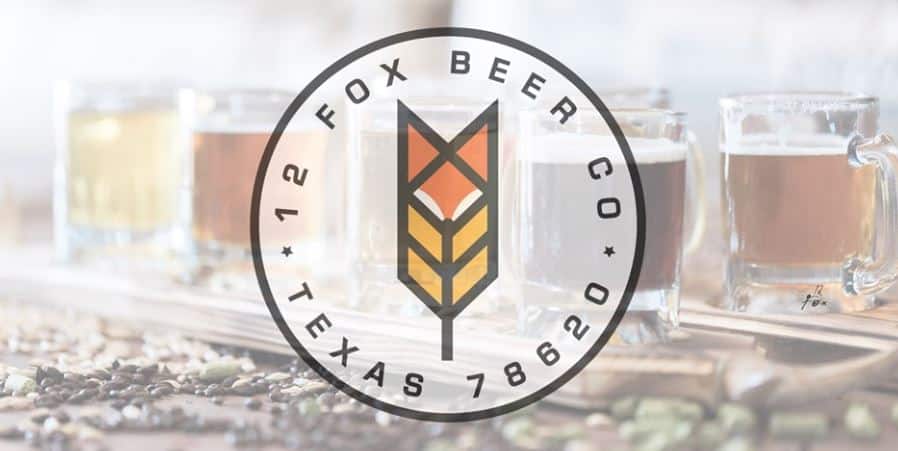 They also have food!

Melissa, Aaron’s wife, is the person behind the food.

“We love meat and cheese plates when attending breweries. We wanted one that was very Italian focused as that is her influence from her mother and grandma. I believe as long as the consumer is enjoying the food then we will offer food with a couple tweaks. We will be putting in a bakery for her to make spent grain pretzels, beer infused desserts as well.

We will have the food trailer on site, Waffelz, which is Joe’s wife’s sister, Angie. She will be putting together the menu for it.” – Aaron 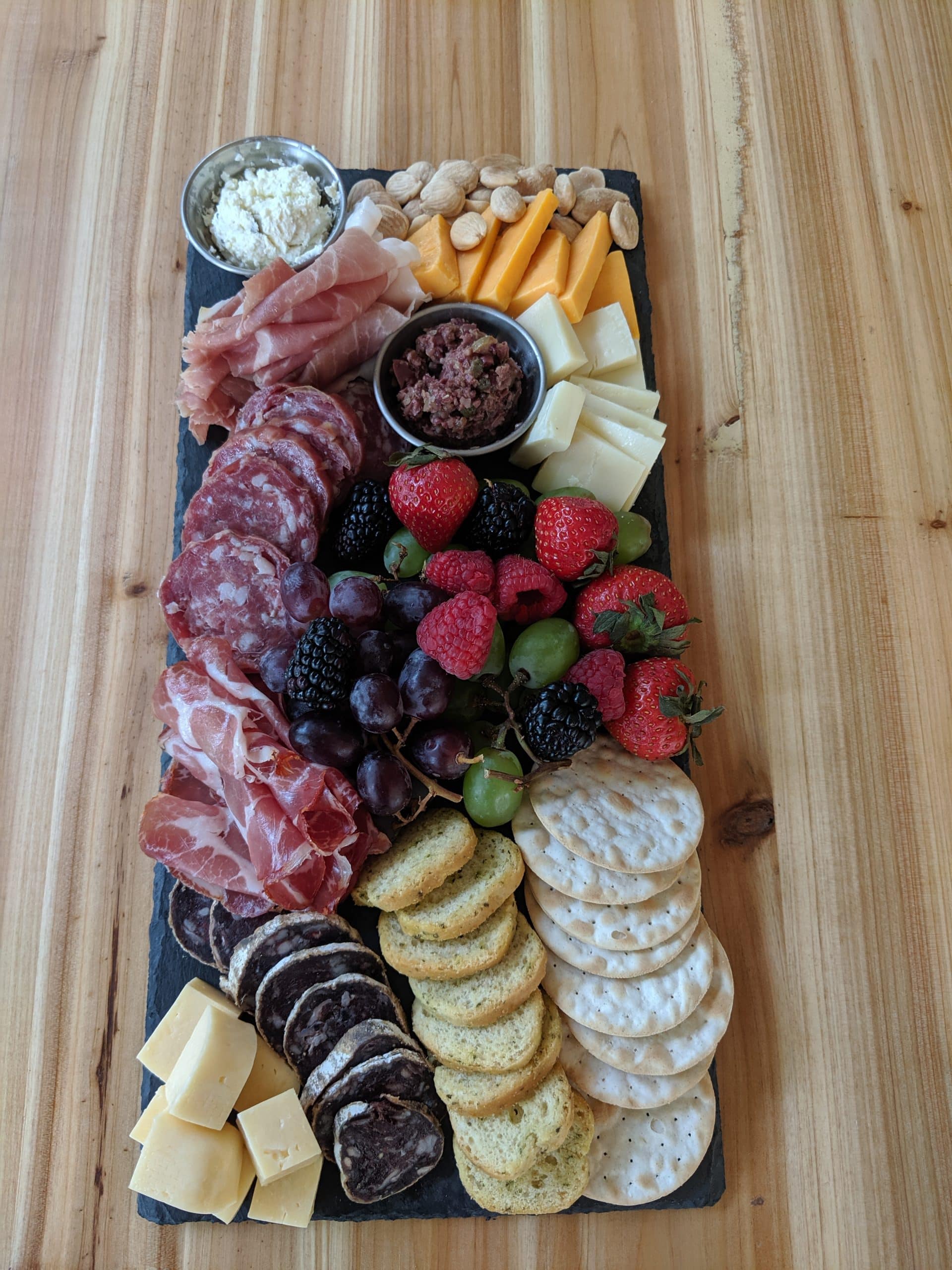 If you want to visit 12 Fox, they will be having their Grand Opening this weekend. 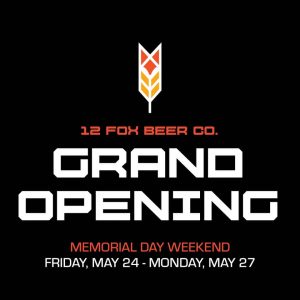