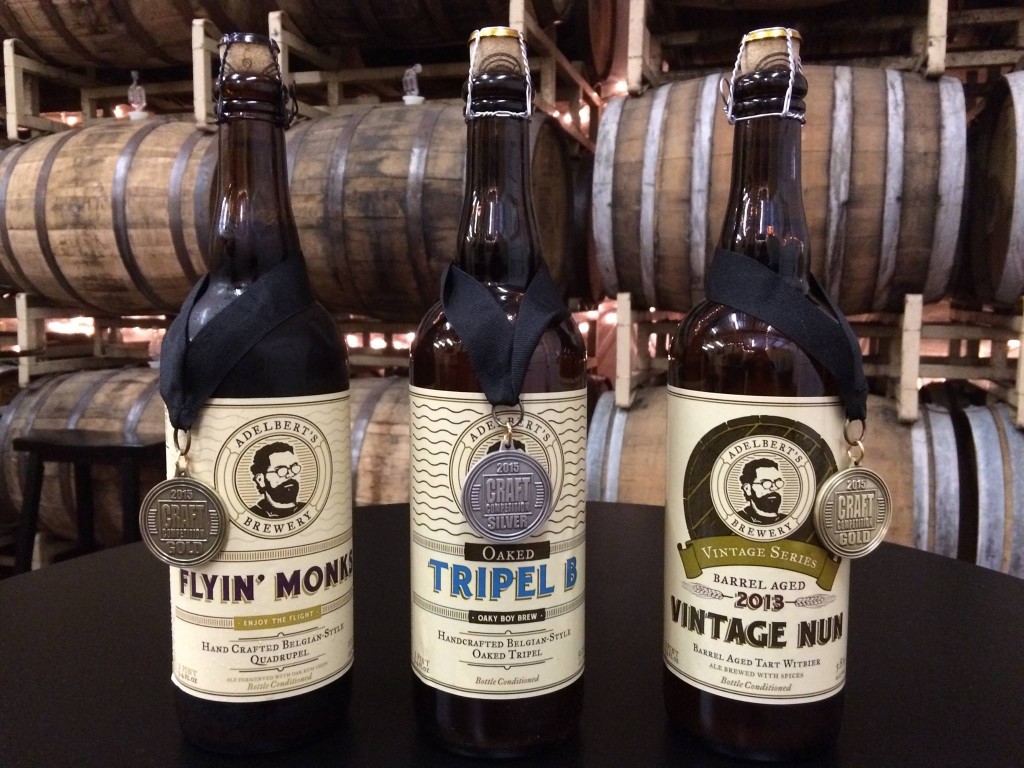 Adelbert’s Brewery is a staple in the Austin craft beer scene with their hand crafted Belgian Style Ales.

One of the original breweries in North Austin opening its doors in 2011, Adelbert’s is located in what has grown to become Austin’s Brewery District. They are a staple in the Austin craft beer scene with their Belgian Style Ales.

Odds are good that you have had an Adelbert’s beer and that you loved it. Aside from producing award winning beers, there are several things that set Adelbert’s apart from the crowd and make them a unique Austin brewery.

Scott Hovey started Adelbert’s brewery four years ago as a tribute to his brother Del, who was a world traveler. Unless you have visited the brewery, you may not realize that all of Adelbert’s mainstay beers are named after one of Del’s unique and entertaining traveling experiences. (See below for the Naked Nun story!) Adelbert’s prides themselves on creating unique hand-crafted beers that embrace traditional beer aging techniques and barrel aging. The result is a high quality and sometimes experimental beer – you can almost always enjoy a new take on beer in the taproom from the original Hibiscus Saison to the Del’s Apple Ale. 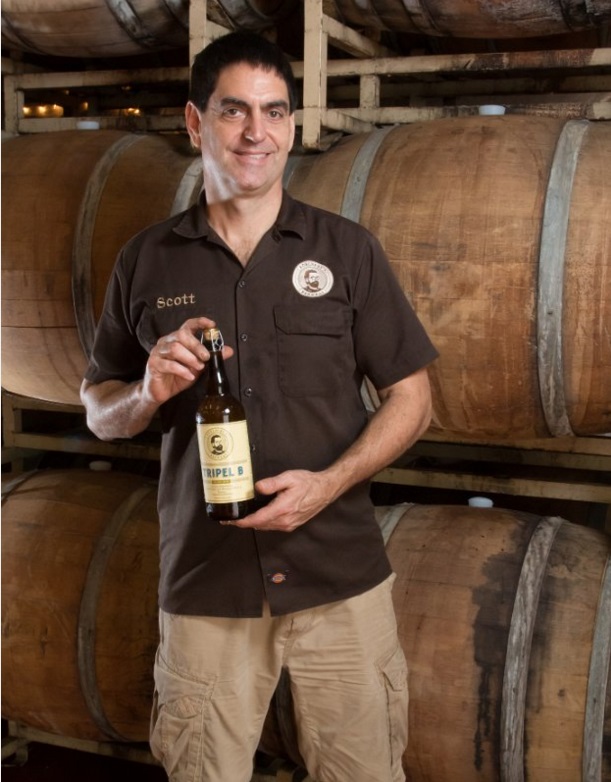 They are as authentic to beers made in Belgium sourcing the majority of their raw materials directly from Europe. Their malt comes from a small Czech Malthouse originally built in the 1300s, which spreads the malt out on stone floors to germinate like it has been done for centuries. Their specialty malts also source from Belgium, the UK or the Czech Republic.

During the brewing process they also us a decoction mash, a process rarely used by other breweries nowadays, to reach depth of malt flavor that can only be obtained with a decoction mash. They also use six different yeast strains, which are propagated in house, to add another layer of intricacy to each beer they brew. 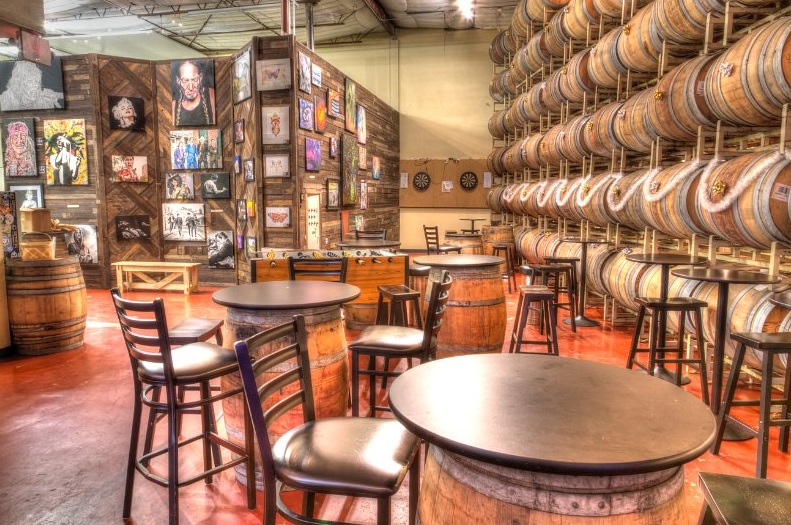 Adelbert’s built their reputation with their variety of bottle conditioned Belgian Style ales in 750ml bottles. In 2016, the brewery made several changes including switching to a brewpub permit, launching a taproom-only fruited sour series, and introducing cans.

The switch to a brewpub permit didn’t change anything operationally, but did open up the opportunity to sell beers to go. This new avenue for revenue also opened the doors for the brewery to release taproom only offerings of beers that may not be big enough to send to market, including their line of fruited sours only available in the taproom. They plan to use the taprooms as a testing ground for small batch brews that we may only see once or should be made in bigger batches for distribution.

The other major shift was adding cans to their lineup. They plan to keep their cans easy drinking and lower ABVs than their bottled counterparts. Naked Nun, Hibiscus Saison and Mango Wit are currently in production at the time of this post. Buzzbait Blonde has been confirmed as a future release along with several others still in development.

Adelbert’s has a fairly extensive line up between their mainstays, cans and limited releases. Below is a list of some of our favorites. Keep an eye out since their list is always expanding.

Naked Nun – This ale has a well-rounded aroma of citrus notes, clove, and apple. It is refreshing and soft, with balanced hints of bitter orange peel and coriander. Naked Nun was named to mark the time in Colombia when Del was robbed by bandits. They took his wallet, watch and every stitch of clothing. After hiding for a while behind some sheep, he finally got the attention of some local nuns, who were nice enough to give him a blanket and bus fare to get back home. Technically, he was the naked one, but Naked Gringo just didn’t have the same ring to it!

Hibiscus Saison – This saison’s vibrant pink color inspired us to give a percentage of the proceeds to the Breast Cancer Resource Center. Brewed with hibiscus flowers and dry hopped with Citra, this ale blends a hint of tartness with tropical fruit and citrus notes.

Tripel B – Their most popular brew, this complex, straw-colored ale has clove and pear aromas. A marriage of spicy and fruity flavors help perfectly balance its elegant malt profile.

Philosophizer – This smooth ale tastes citrusy with yeasty notes and a hint of peppery spice.

Dancin’ Monks – This clean, malty ale has a robust flavor with fruity, plum aromas. The carbonation balances the moderate sweetness from the malt, resulting in a dry and smooth finish.

Contemplating Waterloo – Brewed using Waterloo Antique Gin barrels from Treaty Oak Distrillery, this ale blends the flavors of Philosophizer with a a complex array of lavender, juniper and oak from the barrel to create a smooth, warming ale.

Barrel of Love – This past year’s Barrel of Love is a Belgian-style quad aged in whiskey barrels from Treaty Oak Distillery. Brewed with dark Belgian candy syrup and Trappist yeast, the quad offers complex fruity notes of figs, raisins and plums. The barrel aging imparts vanilla, oak, caramel and rye. The brewery also released a Blackberry infused version and has a Chocolate one in the works for 2018.