Back in 2017, when I first announced my intention to relocate to Austin, a beer industry friend in London messaged me with a link to the Craft Pride website, hugely excited that I’d be in the vicinity of such an incredibly cool craft beer establishment showcasing the best beers Texas has to offer. 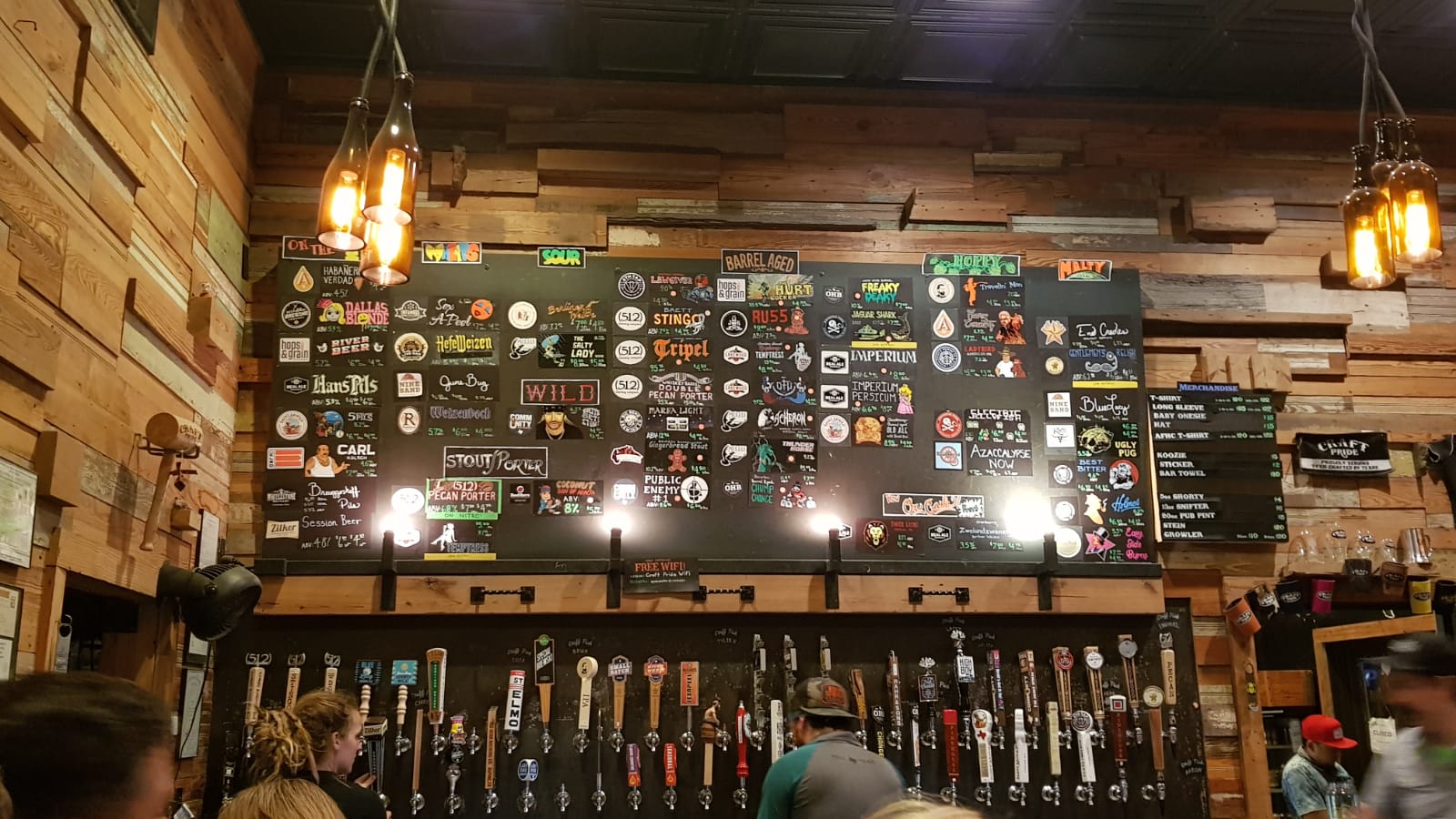 Fast-forward a few months and Craft Pride was, indeed, one of our first ports of call on arrival into the city, almost exactly four years ago. I was blown away to find a mighty 54 taps of Texan beer to choose from, including the glorious presence of two cask handles, and impressed to find paper menus with detailed tasting notes as well as the brightly colored chalkboard of choice. I totally fell for the saloon-chic décor – all-black flock wallpaper and heavily lacquered wood, and signature hollow-stump flight boards and knew immediately this would be a regular haunt. 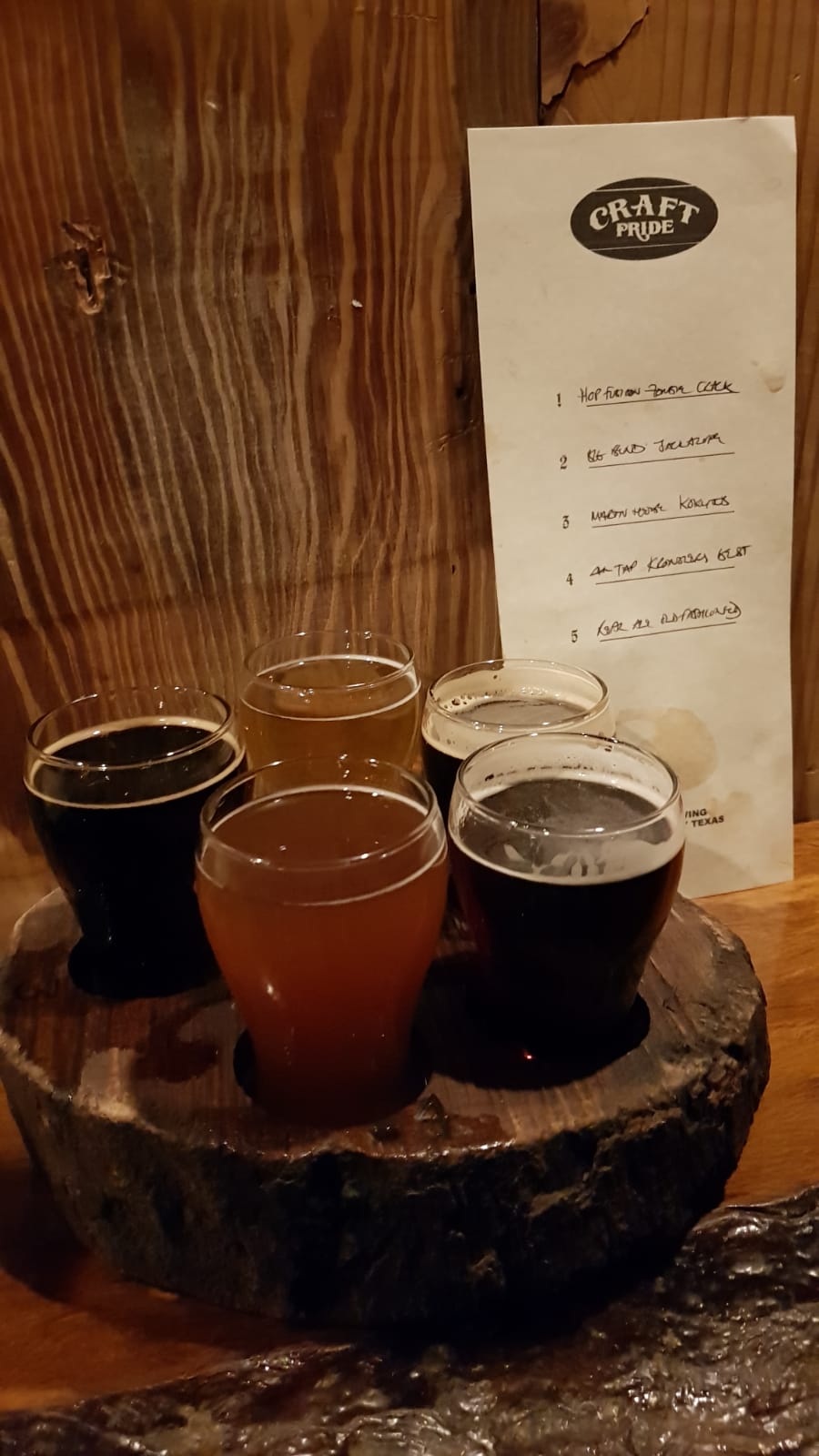 Rather suitably, Tupps Brewing’s bad-ass bold Full Grown Man Imperial Stout was the first beer I drank at Craft Pride – a rich, potent delight that introduced me to a brewery I would come to love deeply over the years. Craft Pride offered me my first tastes of beers from the likes of Oak Highlands, Spindletap, Hop Fusion, and Community long before they were available elsewhere in the city, and I feel lucky to have sampled choice brews from Big Bend, Rabbit Hole, and Collective Brewing Project who are sadly no more. A visit to Craft Pride was a gateway of discovery, an opportunity to sample top-quality beers from around the state after just 15 minutes (traffic depending) in the car. And oh, what beers! The care and precision that Craft Pride has taken in curating mouth-wateringly superb selections and getting hold of coveted limited releases across all styles of beer and regions of Texas has never failed to entrance visitors and have locals coming back for more.

When I learned last week that Craft Pride, which opened in 2013, would be closing its doors on Rainey Street for the last time this coming Saturday (October 23rd), I was crushed. In an increasingly uncertain world, and amidst the rapidly changing landscape of the city, Craft Pride has been the ever-present beating heart of downtown, where you always know you’ll drink great beer, hear great music and have a great time, all while supporting local. Rainey Street will never be the same again. However, there is a bright silver lining in sight – Craft Pride will be relocating to a new location outside the center of town. 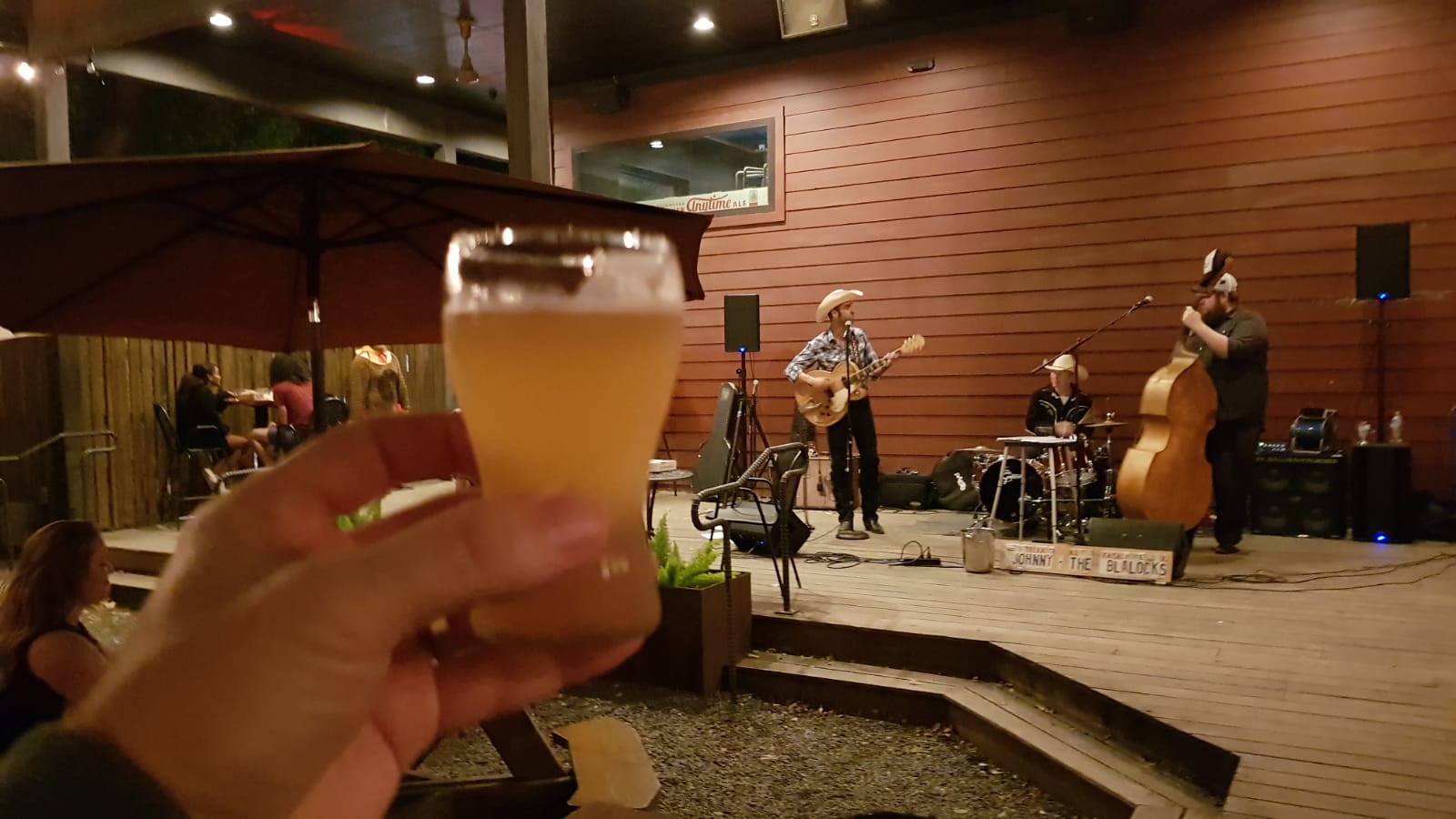 “With the opportunity to move Craft Pride, and after having been downtown all these years, I think it is now time for Craft Pride to offer an out-of-downtown experience to our patrons,” owner Brandy Wolf tells me. The new location will retain the Craft Pride commitment to serving Texan beers and showcasing new local breweries. “We are always welcoming to check out a new brewery,” says Wolf, “Craft Pride was built to honor Texas craft beer with our committed focus on how to best serve the beer.”

The love and respect that Wolf and Craft Pride have for Texas beer are reflected back by brewers and breweries they have worked with, and who are eager to support Craft Pride at their new location. Zilker Brewing has collaborated with Craft Pride on the Golden Boy Hazy IPA, which will be released at Saturday’s Texas Craft Brewers Festival, and will be available at the Craft Pride closing party afterward. “I have spent many years at craft pride as a bar patron, business representative, and a community collaborator and I can only respect everything they have done for the beer community,” says Zilker’s Sterling Skates, “Craft pride has always been hyper-focused on supporting and promoting local beer, the name craft pride itself shows what they are about. Prideful in the craft that is Texas beer.” 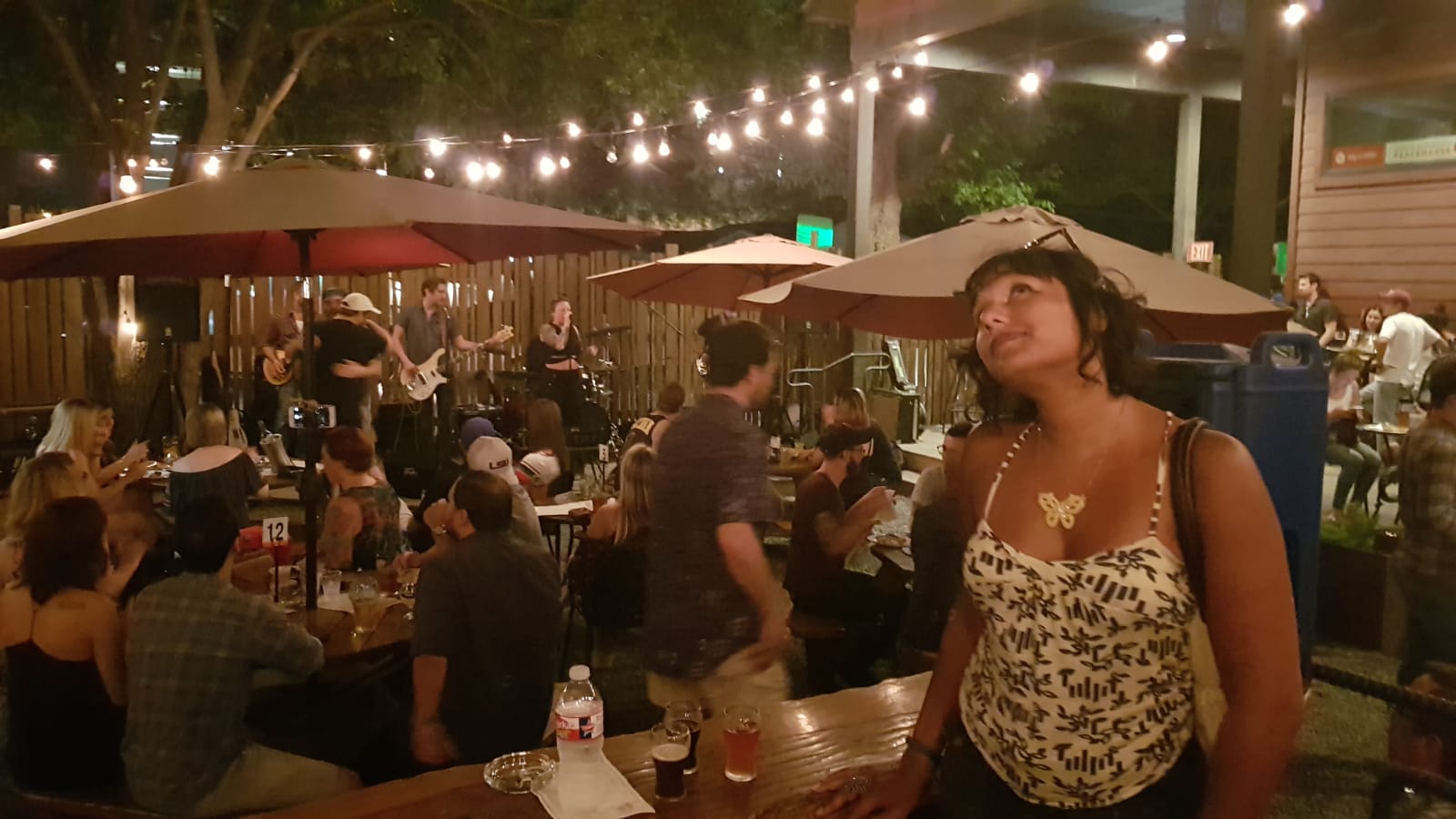 Across town at Hedgehog Brewing, Chris and Jonathan Harris echo the same sentiment. “Craft Pride has consistently provided customers and the Austin beer scene with a wonderful selection of Texas beer,” they tell me, “They’ve been big supporters of Texas craft breweries from day one and they’ve kept it up despite the influx of big-name out-of-state beer.” Hedgehog’s collaboration with Craft Pride is What’s In The Box, a rich, decadent Imperial Stout with roasty notes of coffee and chocolate, and will also be available at Craft Pride’s closing party on Saturday. “Craft Pride has supported and enhanced the local beer scene by providing a top-notch list of local and out-of-town beers, promoting breweries on social media, and by putting a spotlight and focus on the wonderful and diverse beers brewed in Texas,” said Chris and Jonathan.

Stalwarts of the Austin beer scene Independence Brewing have just celebrated their 17th anniversary and have been supporters of Craft Pride since they first opened. “They had a very knowledgeable crew with lots of character,” says Independence owner Amy Cartwright, who has worked with Craft Pride extensively over the years. “One of the things that was super special that I recall was the staff recommendation videos,” Cartwright tells me, “They created one for Stash IPA and another for Convict Hill Stout. The videos conveyed so much personality from the team members as well as providing excellent tasting notes.” 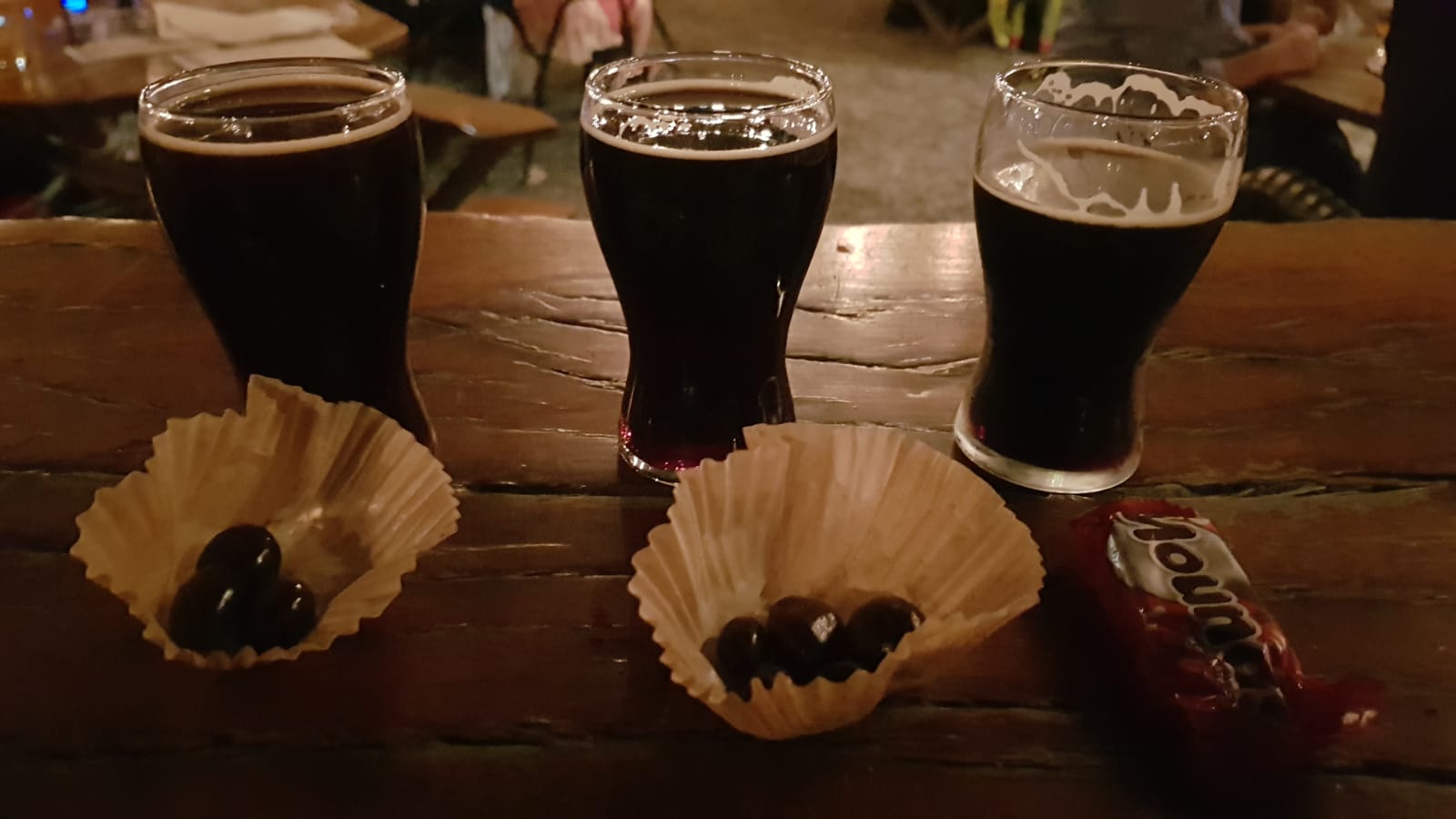 This attention to detail and genuine passion for Texas beer is why Craft Pride means so much to so many Austinites. Deputy director of the Texas Craft Brewers Guild Caroline Wallace has strong personal and professional attachments to Craft Pride. “Maybe I’m biased because they only pour 100% Texas-brewed independent craft beer, but ever since Craft Pride opened their doors on Rainey St. in 2013, they’ve earned a reputation for having one of the best beer lists around and some of the most knowledgeable beer aficionados behind the bar,” she says, “The Texas Craft Brewers Guild has been honored and humbled by Craft Pride’s support year after year as a Presenting Sponsor of our Texas Craft Brewers Festival and our Official After Party hosts.” Wallace is positive about the forthcoming move. “Though it will be incredibly bittersweet, I’m looking forward to personally helping Craft Pride drain the kegs on Saturday,” she tells me, “It’s the end of an era at 61 Rainey Street, but I can’t wait to see what Brandy and the team at Craft Pride do next!” 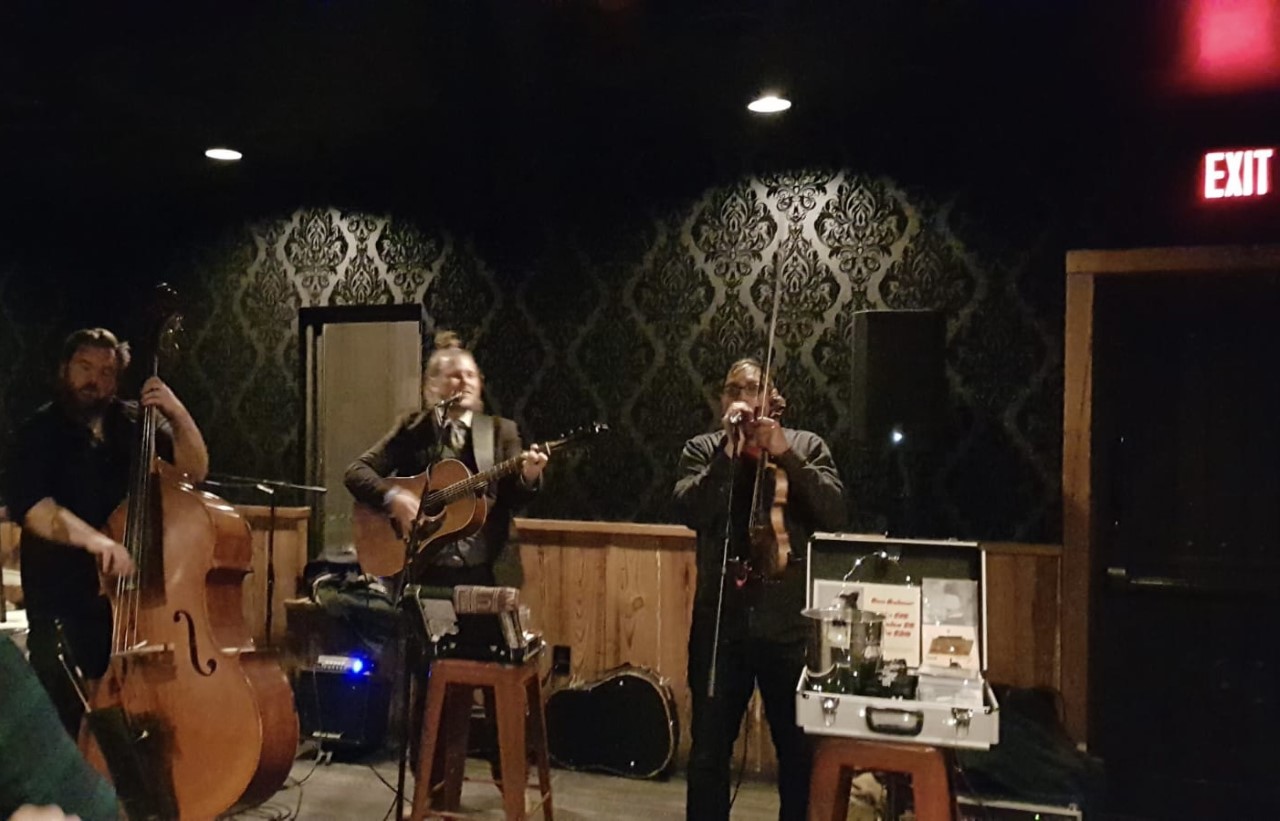 It’s not just beerfolks who are deeply attached to Craft Pride. As a venue supporting and promoting local musicians, Craft Pride has been deeply embedded in the culture of our music city, synergizing the beer and music scenes of downtown. Austin-based singer-songwriter Ben Balmer had a residency at Craft Pride from April 2018 until the pandemic hit, and has performed regularly since re-opening. He will also be playing the closing party on Saturday. “In a city where the rent prices are going up, and its musicians are treading water harder than ever, Craft Pride was a home to me and my band,” says Balmer, “The staff, the regulars, and even the vendors that come by all feel like a kind of family to me.” Balmer highlights the sense of community fostered at Craft Pride and its commitment to local music. “It was always a solace to me as a full-time original musician here to find a venue that serves up its music just like it’s beer: original, artisan, and based here in Texas,” he tells me, “Rest assured we’ll be cooking with gas on Saturday night for the goodbye.”

While Craft Pride will be sorely missed on Rainey Street, it will close its doors with so many amazing memories shared by Austinites and visitors privileged to have been a part of a phenomenal eight years. Over 65,000 beers have been checked in on Untappd at Craft Pride, and as loyal patrons drain the wall on Saturday night, the final number will certainly crank up a few notches. “Craft Pride is a very special place that attracts very special people and very special beer,” says Brandy Wolf. Of this, there is absolutely no doubt. Get down to Rainey Street and say your goodbyes on or before Saturday night, and watch this space for updates on the new Craft Pride location, that is certain to keep that very special spirit alive. 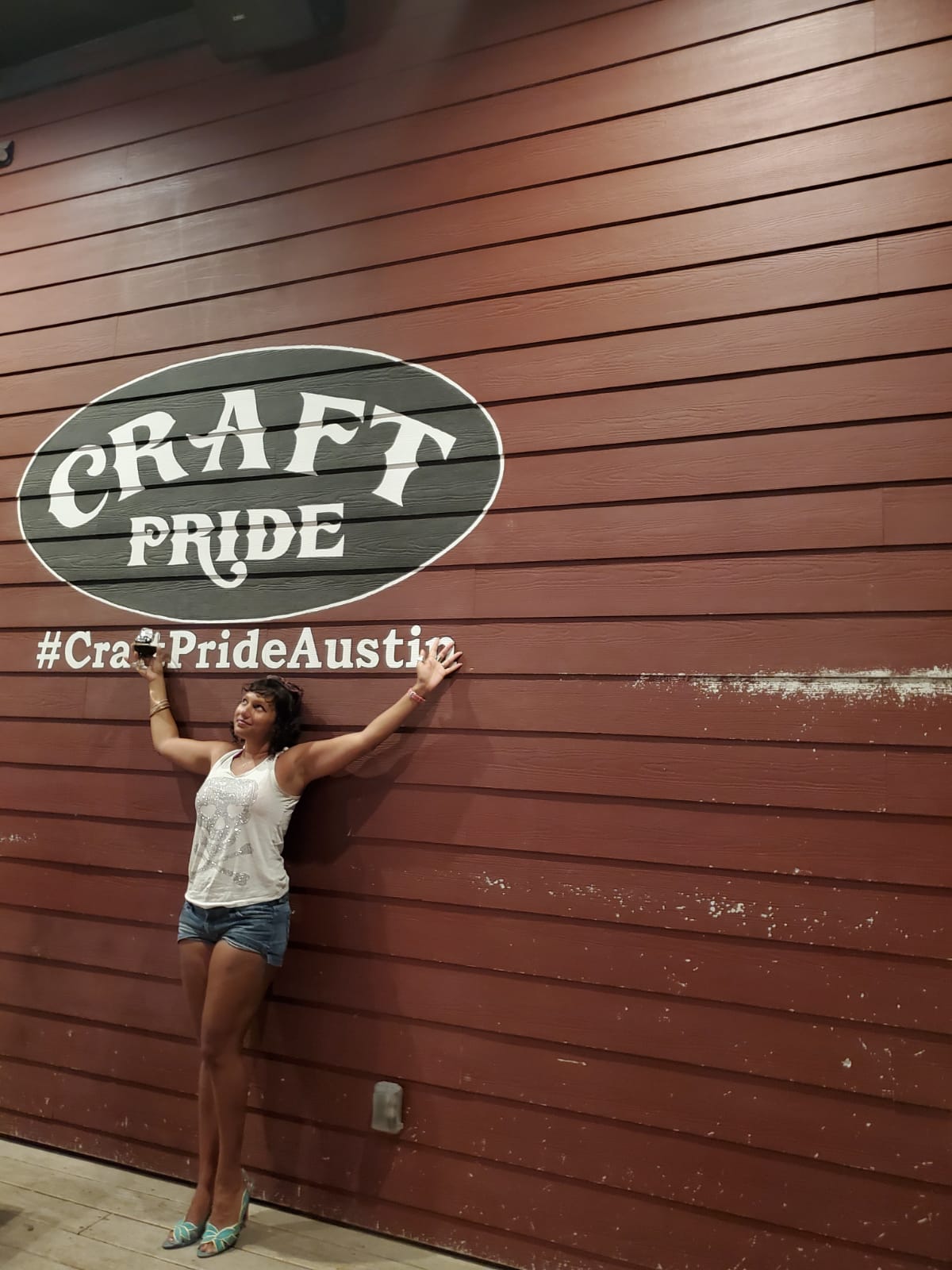 Ruvani is a travel-loving beer writer with bylines including Good Beer Hunting, PorchDrinking, Beer Is For Everyone, Texas Highways and Craft Beer Austin. She writes about beer in Central Texas and beyond, and is a vocal advocate for diversity, equity and inclusion in beer. As a British South Asian woman living in Texas, Ruvani brings a unique voice to the world of craft beer. She is also the founder of #SouthAsianBeerClub. Find her on Twitter and Instagram as @amethyst_heels, and read her articles at CraftBeerAmethyst.com.