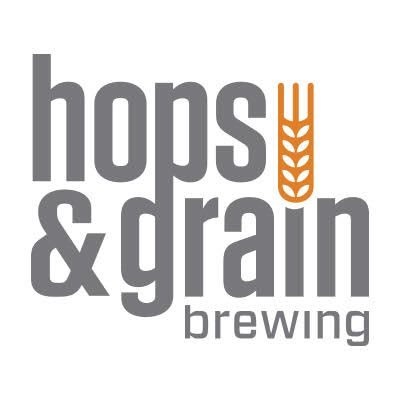 Rumor control: Hops and Grain is not, I repeat not, closing in Austin.

Hops and Grain Brewing (H&G) has been holding down the far-east end of 6th Street in Austin for eight years now. They’re tucked away in an industrial space behind the HEB on 7th Street that has plenty of parking and, initially, had room to grow. Their days of growing are long gone because around two years ago, due to their success at making excellent beer, H&G filled their original home to capacity and then some. They began looking for a bigger space around Austin but the only available properties were industrial buildings on the outskirts of town.

Then the City of San Marcos came calling and asked H&G to check out what they had to offer – and did they have something to offer. There’s an old commercial building within viewing distance of the County Courthouse dome just one block away. It originally housed the first HEB in town, then became a justice system building and then lay fallow a couple years before being transformed. You wouldn’t recognize it now with a completely new façade, multiple businesses along the front side and a tall grain tower, emblazoned with the Hops & Grain logo, on the side.

I had the fortune of attending a media event that started at the neighboring restaurant, Industry, where I met Sheila Garcia, the Chief Communications Officer for H&G. Industry is a restaurant built by industry veterans. They have a relaxed atmosphere and, what I can best describe as, a southern-style-experimentation-with-food disposition. We had a three course pairing of brunch dishes with H&G beer, and it was all excellent. We started with a corned beef scramble in béchamel paired with Haze County DIPA, then moved to the Nutella-stuffed French toast paired with Porter Culture, and finally, had the panko-crusted “everything” sausage with a fried egg and greens paired with The One they Call Zoe, a pale lager. The smoky sides of grits went perfect with the porter, and the Haze County rounded out the béchamel sauce nicely. (Editor note: drooling here ????) 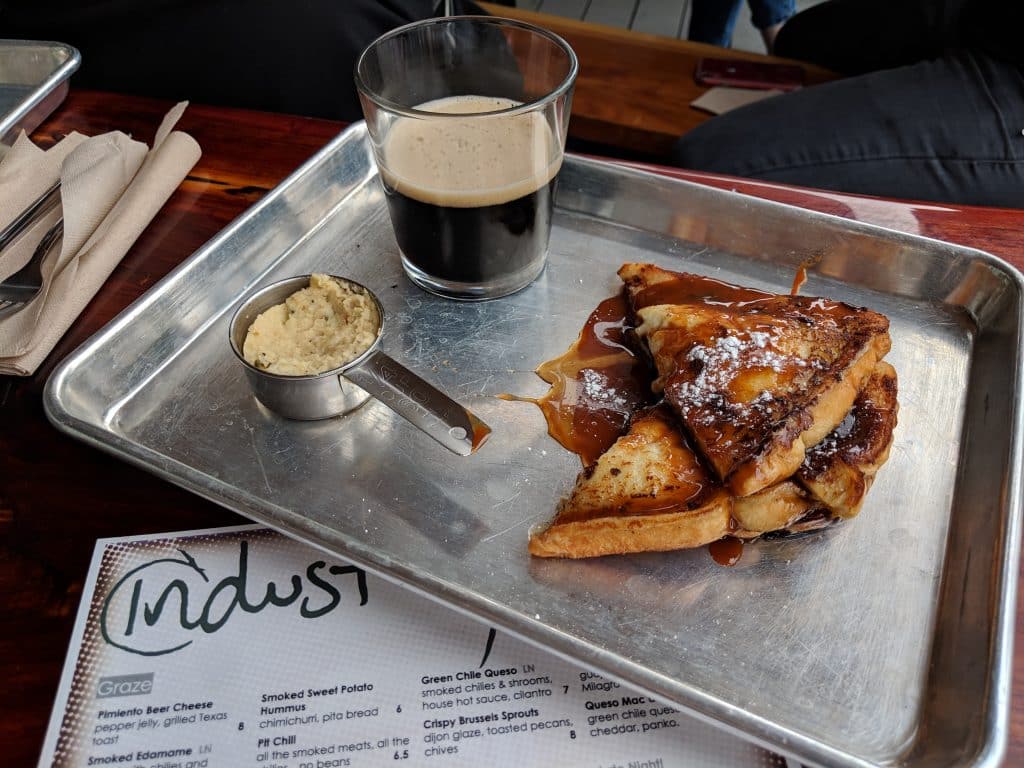 You may be wondering why I’m telling you this. It’s because Hops and Grain has a partnership with Industry so you can order at the restaurant, and they’ll bring it to the taproom. Let me repeat a little louder for the people in the back: You can order awesome food at Industry, and they’ll bring it to the Hops and Grain taproom! Honestly, heaven on earth just got a little closer.

As for the brewing operation, because it used to be an HEB, they have space, and more space, and then some more. We met founder, CEO, and President Josh Hare on the patio for a tour then entered the warehouse through the loading dock (which will be converted to office space) and came upon the grain mill, which has grains piped in directly from the silo. This provides scale and efficiency compared to Austin, where all grains are dumped by hand from 50lb bags. They have a 30 barrel (BBL) brewing system from Premier Stainless Systems and plan to have a 7BBL pilot system in the future. This will allow them to make 1,000 gallon batches up to five times per day. They currently have three large fermenters set up and plan to bring 14 more from the Austin brewery, which will free up a ton of space there, but will still leave room to grow in San Marcos. 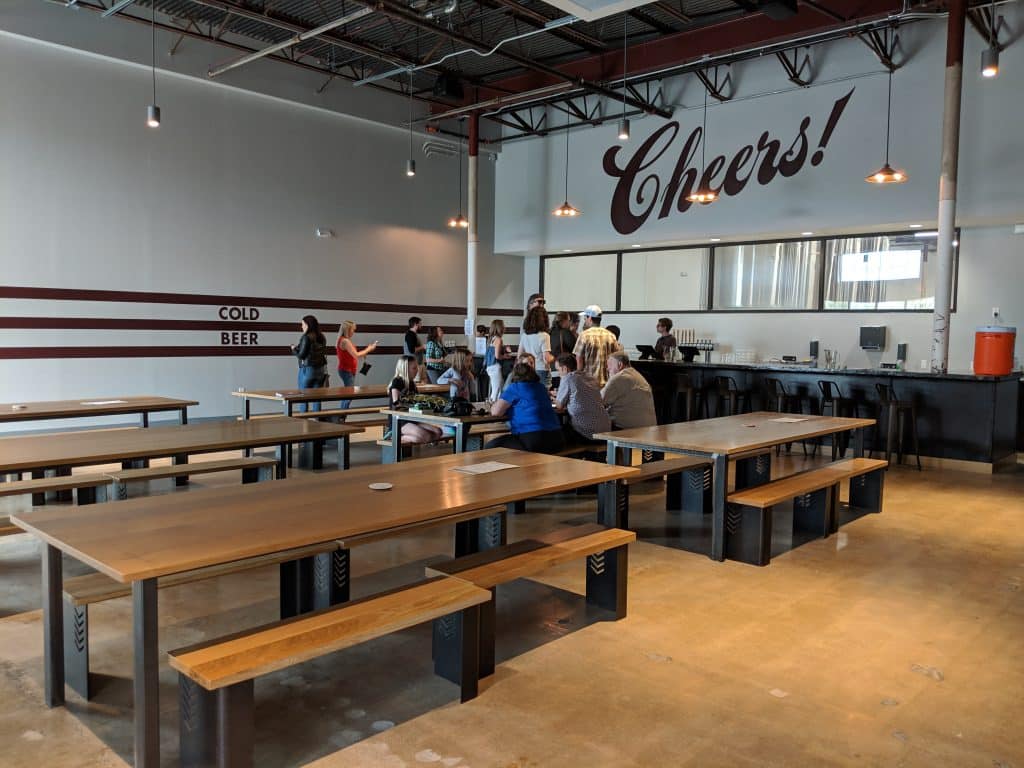 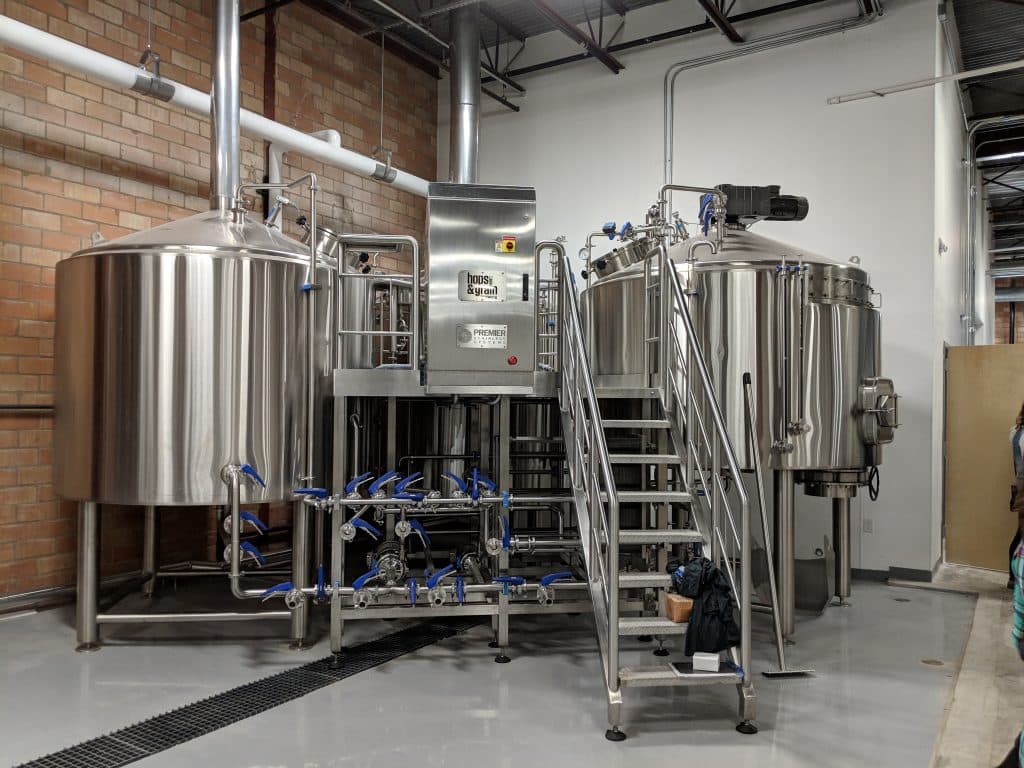 All of those fermenters give them almost 10,000 barrels of production per year, an amount they expect to surpass in the next six months as they continue to expand their distribution to Houston and DFW within the next year. That also happens to be the limit of production for a brewpub license in Texas, so they’ll be working out the legal parts of expansion at the same time. While they’ve been focused on building the new facility, and they’ve been “land locked” at the old one, they haven’t been working out many new recipes. Expect that to change now they have space that puts them at 15% capacity and a new pilot system. I also think we’ll be seeing some new beer recipes being canned for distribution. I’m looking forward to that – Dankus Khan in cans anyone? 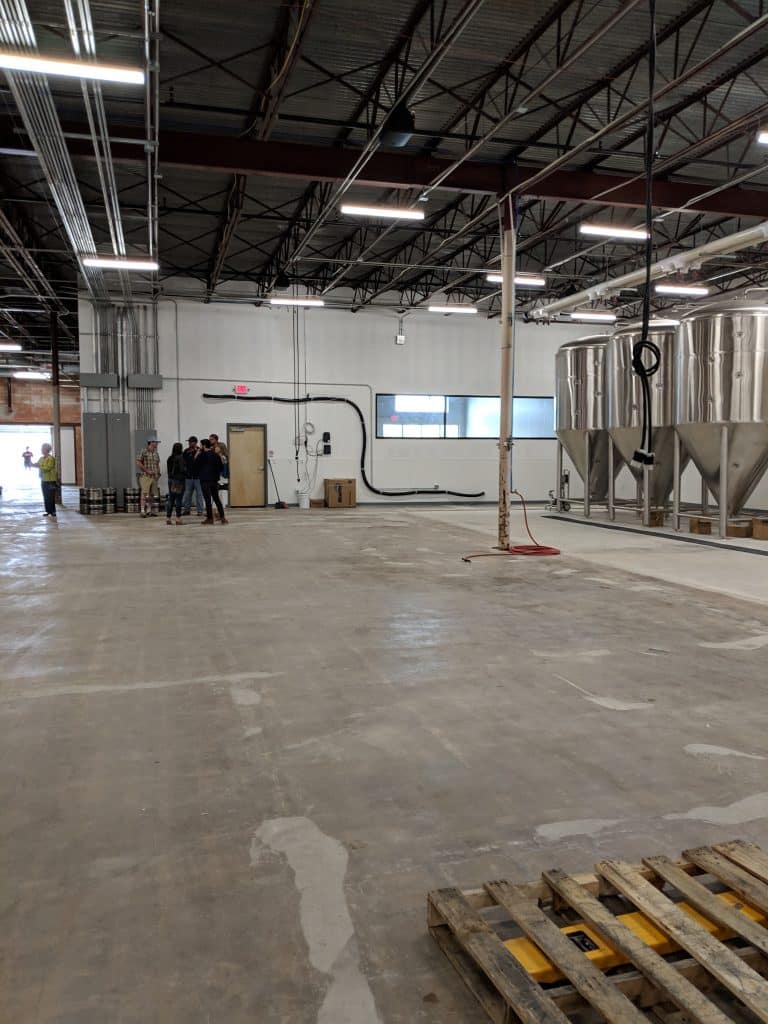 Josh told us they are very happy that the city reached out to them. They love the location, being able to have an industrial business so close to downtown and not far from the highway. A lot of the H&G staff live in or around San Marcos so this drastically cuts their commute time, as the bulk of operations are moving to the new facility, including office staff and the lab. Hops & Grain looks forward to being part of their new community, contributing to the economy and culture of San Marcos while making sure to minimize their impact by designing their buildout around keeping their commercial truck traffic out of downtown. They already employ many Bobcats and expect to hire more and even have Texas State colors in their merchandise.

If you want a quick getaway to a cool location with good beer and food, head on down to the new Hops & Grain location in San Marcos. While there, you can even jump in the river if you want.