Hopsquad Brewing Company plans to join the north Austin brewery district sometime late summer or early fall with a stand-alone brewery taking over the space previously occupied by Texas Office Products and Supply at the corner of Kramer and Braker Lane. The founders Alex Limon and his cousin Cesar Limon are planning to completely revamp the space by adding an outside patio deck, replacing the loading dock doors with glass rollup doors and adding a stage for live music. The brewery will consist of a 15bbl Deutsche brewhouse with two 30bbl and four 15bbl tanks for a total of 120bbl capacity to start.

The name Hopsquad originates from the idea of giving each beer a character based on an Austin theme: Lord Grackle IPA, Dr. Montopolis Pilsner, Prof. Plesant Pale Ale, Dutchess Oltorf Rogenbeir and Countesse Duval Saison will round out the first line up, “we wanted to go with a theme of characters so people will remember the beer by their character,” says Alex. They also plan to have “recruits” that will occasionally join the original squad, featuring one off beers. Alex was born in New Jersey, but was raised in Guadalajara, Mexico, so you can expect some interesting flavors from his background to show up in recruit beers, like a chili series or a lager aged in mezcal barrels.

Once open, you will find Hopsquad beers at the brewery and in limited kegs around town to start; but the space allows for plenty of future growth that could include cans or bottles. The brewery will be  dog friendly, have Wi-Fi and a rotating selection of food trucks. 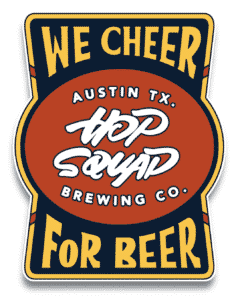 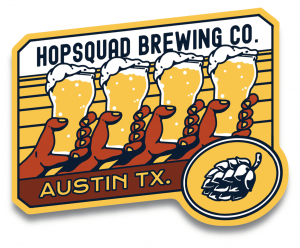 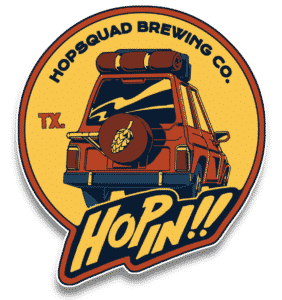