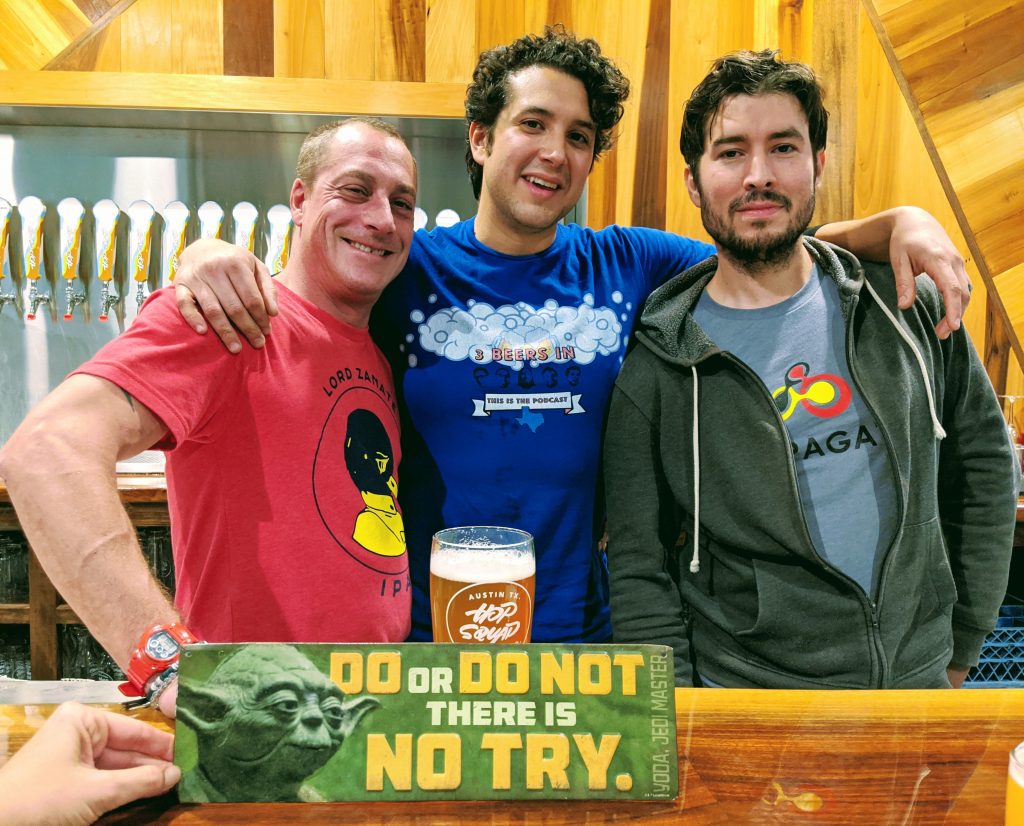 Hopsquad Brewing is Open for Business

That’s right folks, after many a month of wrangling and waiting, waiting, waiting for City of Austin permitting to get their shiznicky together, Hopsquad Brewing Co. is finally open for business in the northern “Brewery District” on Kramer lane. They had a soft opening the Saturday after Christmas and plans are for a Grand Opening on January 25th. 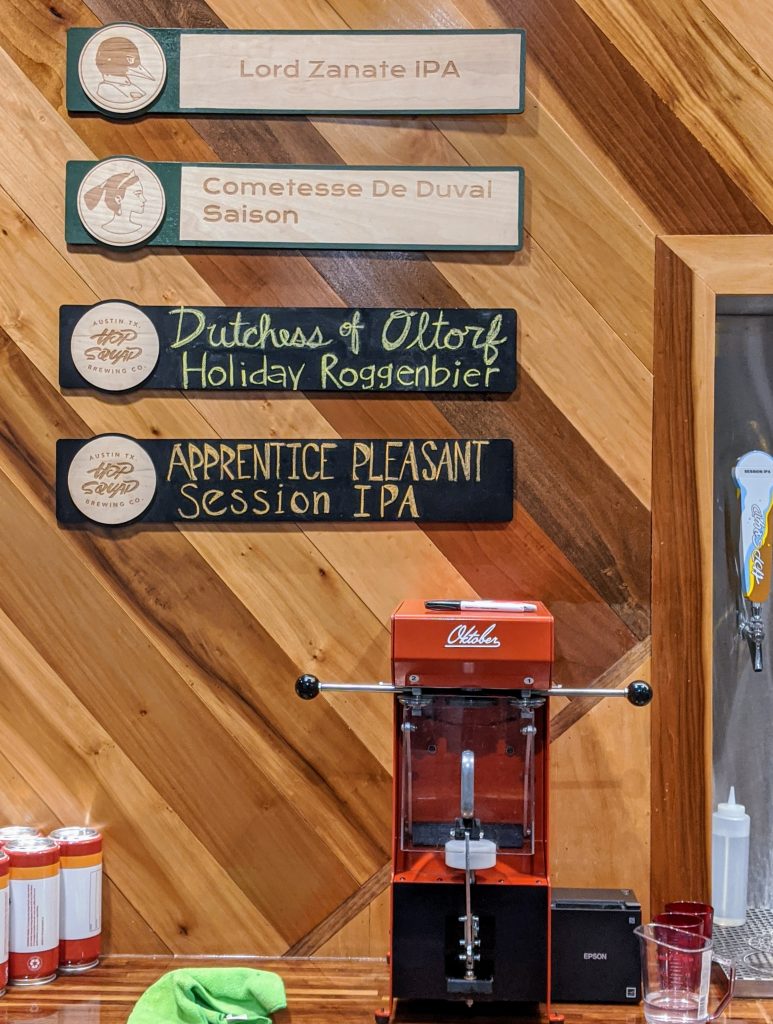 Right now, they have four of their beers on tap, and one cider from Fairweather. I just saw on Facebook (www.facebook.com/hopsquadbrewing/) that a fifth beer will be out this weekend. They plan to have a core line up of five beers – a pale, an IPA, a saison, a pilsner, and a roggenbier – and have space for a rotation of three other beers and one or two on nitro. The remainder of the wall will be dedicated to cider, wine, coffee, or more of their own beer. Current plans have them pouring only their own beers in the taproom with very limited keg distribution.

Hopsquad is the mindgem of two cousins, Alex and Cesar, who recently hailed from the worlds of marketing and law. They were homebrewers, having recently cranked out 15-gallon batches before moving up to the big leagues. A jump like that isn’t easy, so they brought on some experience by hiring a former brewer who spent five years at Oasis Brewing to be head of production, solely known to me as “Murph”. They’ve finished 10 brews total so far, and from what I tasted, their beer is legit.

You’ll notice I didn’t get last names (Google if you need them). That’s the kind of vibe this place has. Walk in, grab a beer, be best friends with the owners and staff. They wanted to create a place that’s easy to hang out in, where everyone feels relaxed and at home, and they nailed it. While I was there, on a night they’re closed, multiple people stopped in thinking they were open. They all got served a beer and the cousins and Murph took it in turn to talk to all of them. Everyone is welcome. 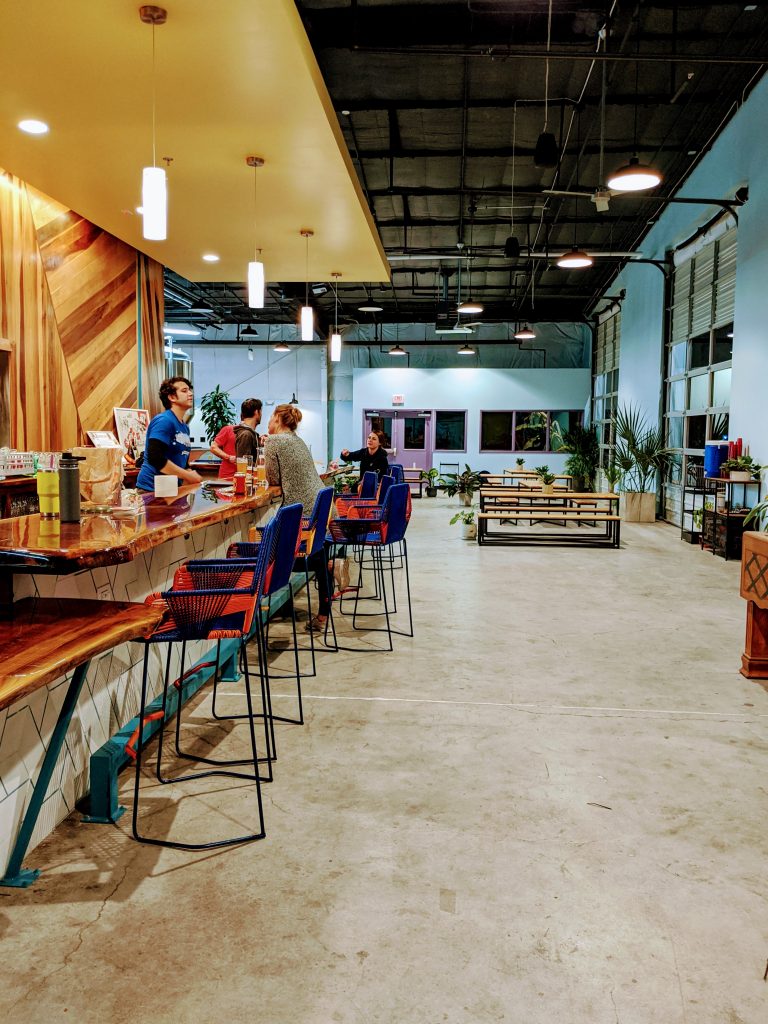 The space itself is huge; 10,000 sf of space, of which, about 4,100sf is open to the public, with the rest taken up by cooler and production space. That doesn’t include the big patio out back either, there is a lot of space to hangout. The walls are painted a light blue, which brightens the place up, with murals from an artist out of Mexico City, with more planned for the future. They imported their chairs from Mexico as well. They’re comfy and add a bright pop of color to the space and are cool to look at. This all attests to the cousins’ Mexican heritage, which you’ll see reflected in future beers.

They built a pony wall around the production area, so you can see them at work when they’re brewing. The brewhouse itself is 15bbl, with four 15bbl fermenters and two 30bbl fermenters. They have four serving tanks with another four in process in their giant 24’x24’ cooler right behind the tap wall. They also have a 1/2bbl pilot system they can experiment on and expect to have some of those results available one keg at a time. 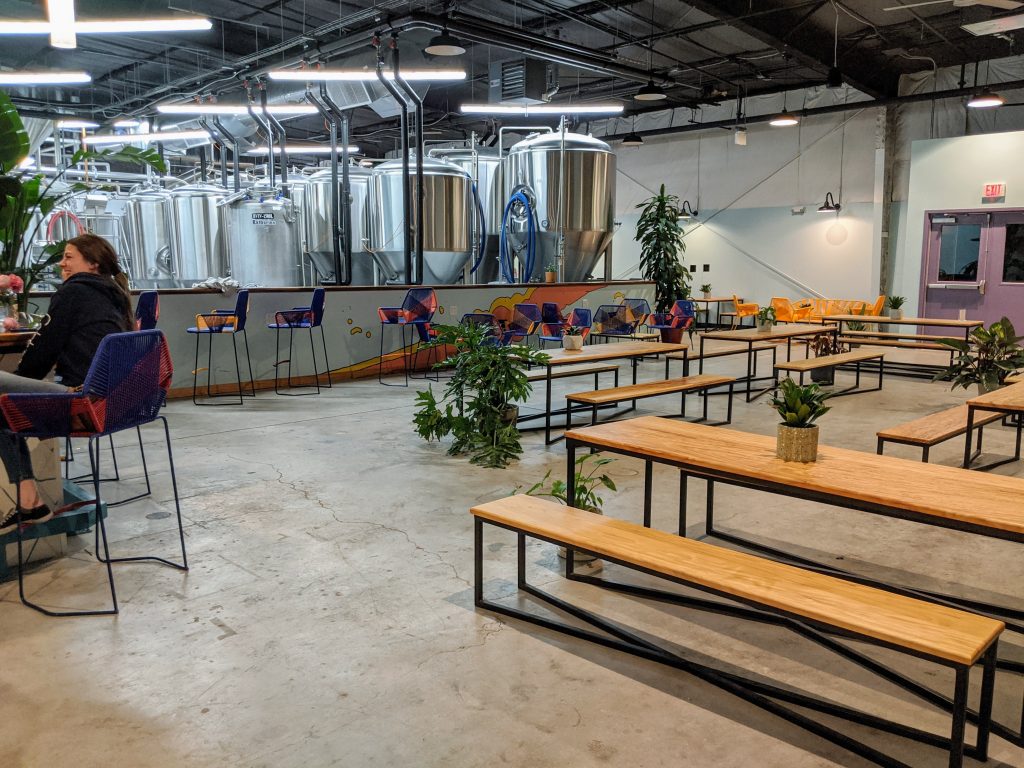 But let’s talk about the beer. I’m observing dry January, so I only had tasters, ahem. They had just brewed an amber the day I visited, and they have a dark cascading ale, a Mexican coffee porter, a SMASH IPA, and a Pils coming down the line. While there, I enjoyed their four beers on tap, which are all given character names based on Austin lore:

• Apprentice Pleasant, a session IPA which was light of body with a serious hop crunch. Crisp and tasty.

• Lord Zanate (grackle in Español) is their IPA, which has a medium malt body without being sweet or heavy and leans toward the piney resinous side of the spectrum.

• The Cometesse de Duval delighted. It’s a saison that is light and dry and will be great in the hot months of March – November.

• The Dutchess of Oltorf, their holiday Roggenbier, I thought hit the perfect spot of flavor, body, and drinkability. Light and crisp with a smooth maltiness. It was a little too easy to drink, honestly, and I took a crowler with me for February 1st. 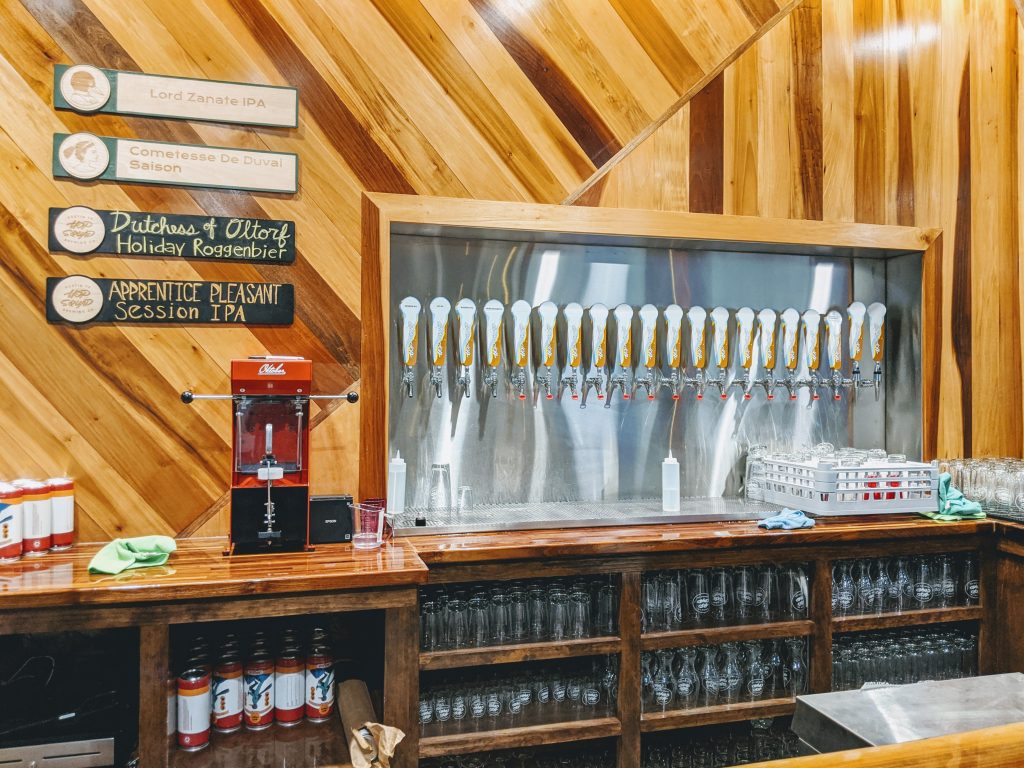 Out back they have a food trailer serving up Japanese style street food, Tsuke Honten (www.tsukehonten.com/). It’s parked by a solidly-built deck for sitting outside in the warmer months. They plan to have events around the food, like omakase date nights.

Concerning other forms of entertainment, they want to skew toward the unusual instead of the standard trivia night. There’s no plans set down yet but look for possible events in the future like a block party, game shows, or even Mexican-style wrestling.

On opening day, they had lines out the door and lots of people mentioned they had been waiting, waiting, waiting for Hopsquad Brewing to finally open. Well, they are open, and they have plenty of good beer and good vibes for you when you get there. Head on over, grab yourself a beer, and make some friends. 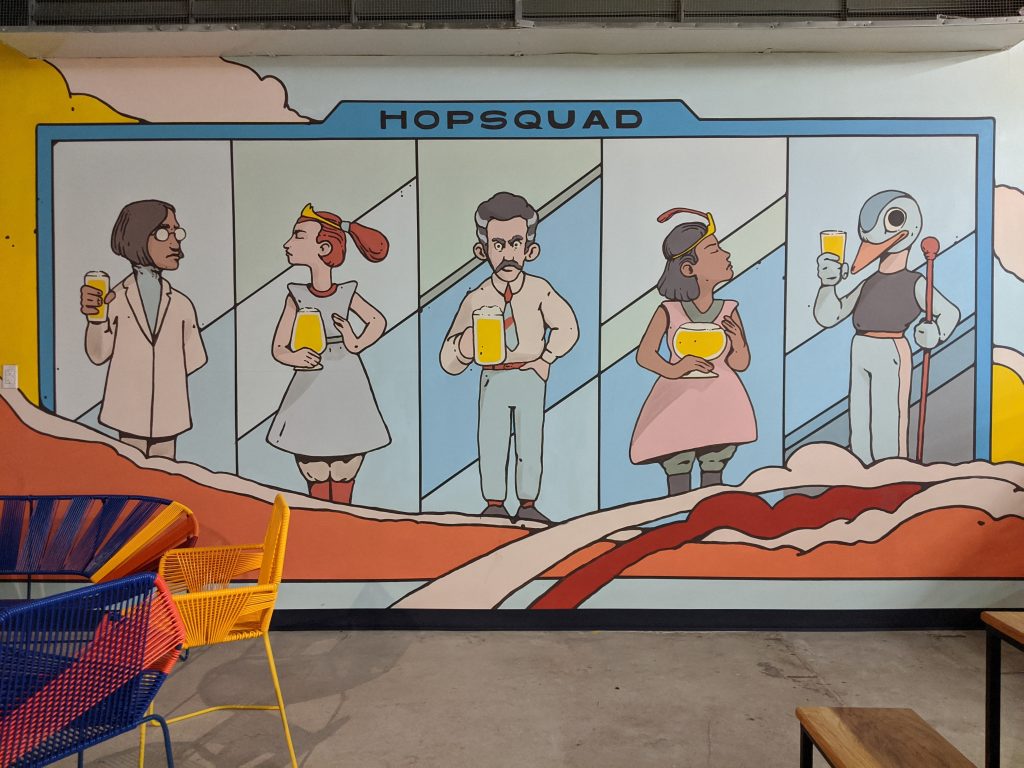