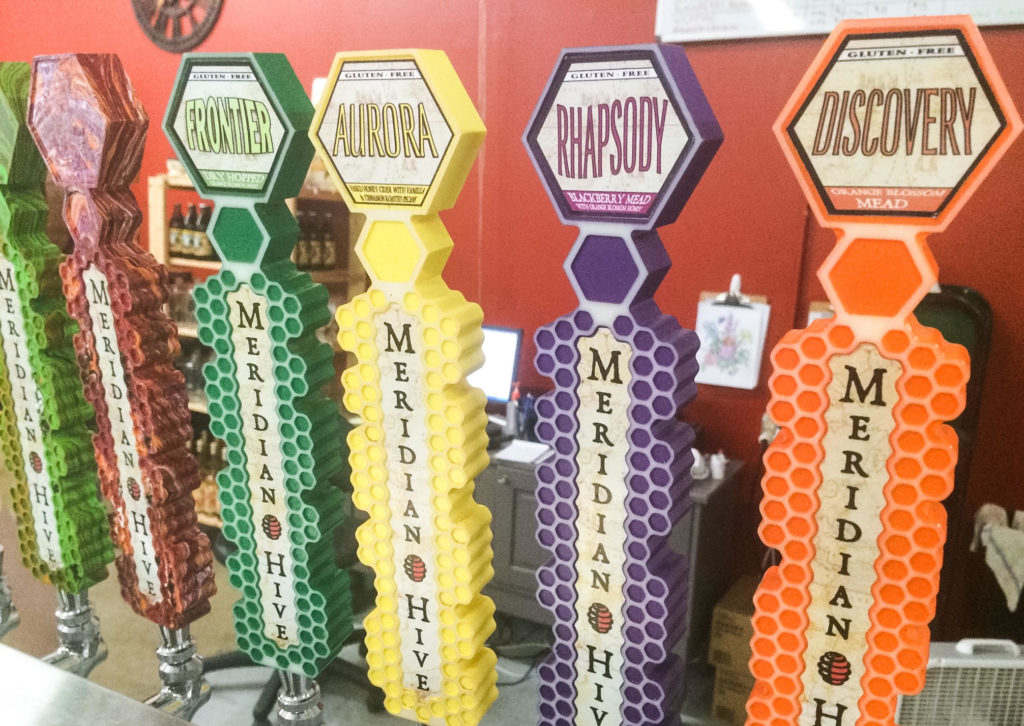 Mike Simmons and Eric Lowe opened the doors of Meridian Hive Meadery in August of 2013. The duo met while studying to gain their BJCP certifications so they could start judging homebrew competitions. Eric who worked in software development had plans to open an urban winery in Austin while Mike, had hopes of opening a brewery. They decided to meet halfway in the creation of Meridian Hive with Mike becoming mead maker and Eric taking on much of the sales, marketing and financial aspects of the business. Numerous meaderies were already in operation around Texas, but Meridian Hive holds the distinction of being the first “Urban Meadery” not being affiliated with any agricultural enterprise like an orchard or apiary.

Being the first of their kind, Meridian Hive really ventured out into uncharted territory. In a progressive, beer-centric city like Austin they felt that they had an untapped market that had yet to be explored. Not only did they have to find customers, but once they had to educate them to try break their preconceived notions about mead being a cloyingly sweet, beverage that people only drank during the holidays that was sold with a satchel of old, powdery mulling spices hanging from the neck of the bottle. Mike explains one of their biggest challenges “Most people get exposed to mead through video games, television shows, movies or literature like Beowulf, at a renaissance fair or for a small group while homebrewing, like Eric and I did.” It seems like they were on to something as mead has since become the fastest growing segment of the US alcohol industry in recent years. Luckily they have an award winning portfolio of meads that run the gamut from dry to sweet with a flavor profile for just about everyone.

Meridian Hive, like any mead or cider maker is licensed as a winery by the TABC as more than half of the fermentable sugars used to create mead come from honey, classified as an agricultural product which is different from a brewery that uses grain as the source of its fermentables. The sourcing of their raw materials and the mead making process more closely resemble that of a winery, yet Meridian Hive finds itself primarily in the craft beer arena competing with breweries for tap handles at local restaurants and bars and for retail shelf space. In numerous ways being a winery has been advantageous for Meridian Hive as they are able to ship their meads directly to consumers in and outside of Texas (using vinoshipper.com) and are able to sell and sample their products at local farmers market. Currently Meridian Hive participates in the Mueller and Lakeline Farmers Markets weekly.

Very quickly Meridian Hive has become one of the most celebrated meaderies in the country. Both Mike and Eric had won numerous homebrewing awards from competitions across the country including a few medals for their meads. Meridian Hive has faired very well in the Commercial Division of The Mazer Cup International, an annual mead competition held in Boulder, Colorado medalling every year of their short existence. This year they took home an impressive 5 awards including a Gold Medal for their unique and celebrated Meadowfoam in the Varietal, Semi-Sweet category. 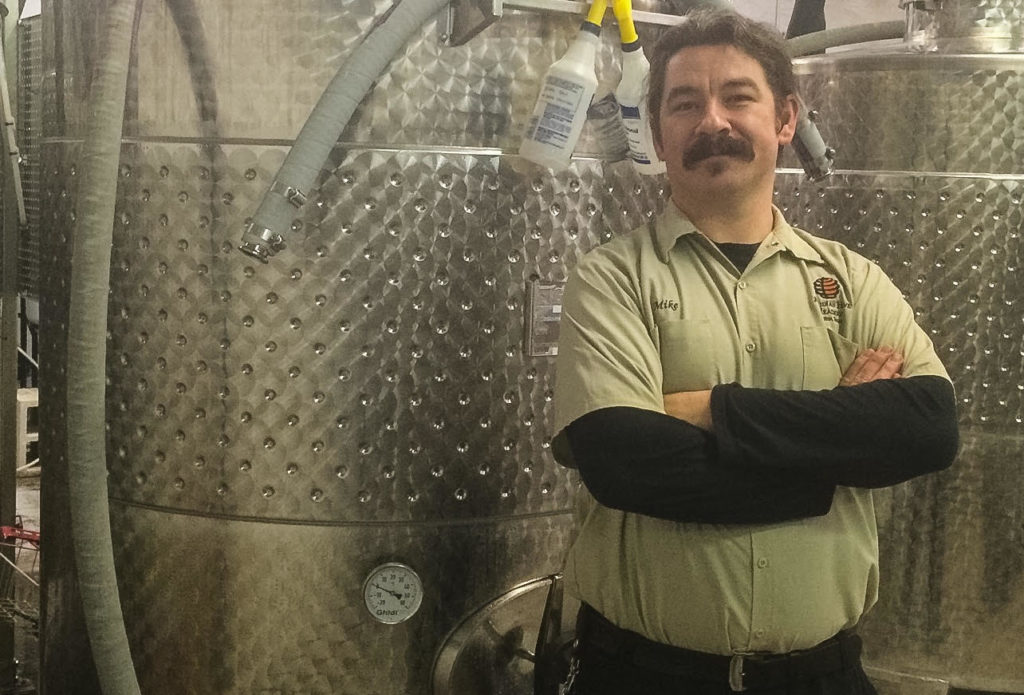 Tucked away underneath a labyrinth of toll roads in far East Austin is Meridian Hive’s sizable Meadery and Tasting Room. Where many beverage startups begin with “nano” facilities and scale up their equipment as sales increase, Meridian Hive dreamed (and spent) big building a big, expansive system sourced primarily from Criveller that can make up to 275 gallons of mead at a time.

Mead is all about honey and in more ways than one, honey is front and center at Meridian Hive. As you walk into the warehouse and production space you can’t help but see the massive stack of drums filled with honey. Each of these drums hold nearly 3200 pounds of delicious, raw Orange Blossom honey made sourced from Florida and California that is used in Meridian Hive’s five standard meads. Mike says, “I judged a few Homebrew competitions and saw a distinction between different honeys. Orange blossom honey is my favorite. It’s the most robust honey at the best price point. It smells the closest to the floral characteristics of the source of where it came from.” Mike uses other high quality honeys that that typically are not as consistent in flavor or availability for smaller batches of more experimental meads that typically do not get bottled and are primarily consumed at the meadery.

One of the coolest experiences that comes from visiting Meridian Hive’s tasting room is the bountiful honey sample table that is set up next to the bar. On the night of my visit, there were over 35 different honeys laid out to try including the aforementioned Orange Blossom honey. It is a very unique experience to taste the pure honey alongside the mead in which it is showcased to try to pick out the flavor of that specific honey. It is akin to crunching on some of the dried malts or sniffing the hops used in a craft beer, but is a bit more visceral. 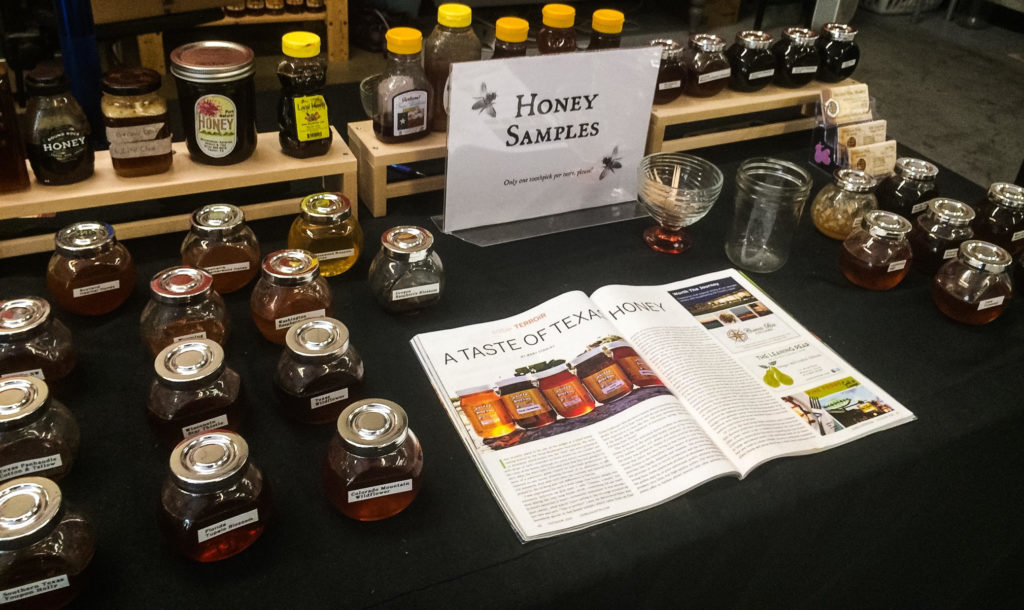 It is comforting walking into any beer bar and feeling immediately at home with their tap wall or beer menu. Sure there will always (if it’s a good bar!) be something interesting or new to try, but one of the most exciting aspects for drinkers of craft beer is the slightly jarring experience you getting walking into Meridian Hive’s tasting room. It feels altogether familiar to visiting a brewery yet as you mosey up to the bar you become aware of an entirely different experience with its own unique lexicon and set of flavor profiles.

Before we get to the meads themselves, let’s first dive into a little Mead 101. There are four main types of mead:

Like beer, meads fall across the spectrum of sweetness ranging from dry to semi-sweet to sweet. Mike says, “one of our biggest challenges is breaking people’s perception that meads are cloyingly sweet, as most of the meads that we offer are surprisingly dry.”

All of Meridian Hive’s meads fall into one of these categories, yet to simplify things for their customers they separate their tasting sheet into 3 easier to follow categories; Session Meads (which are lightly carbonated with lower 6-7% ABVs and designed to be drinkable and refreshing), Traditional Stills (which lack carbonation and tend to be more focused on the profile of the honey they are made from) and Specialty Stills (which also lack carbonation but turn tradition on its head by using more experimental flavor combinations). 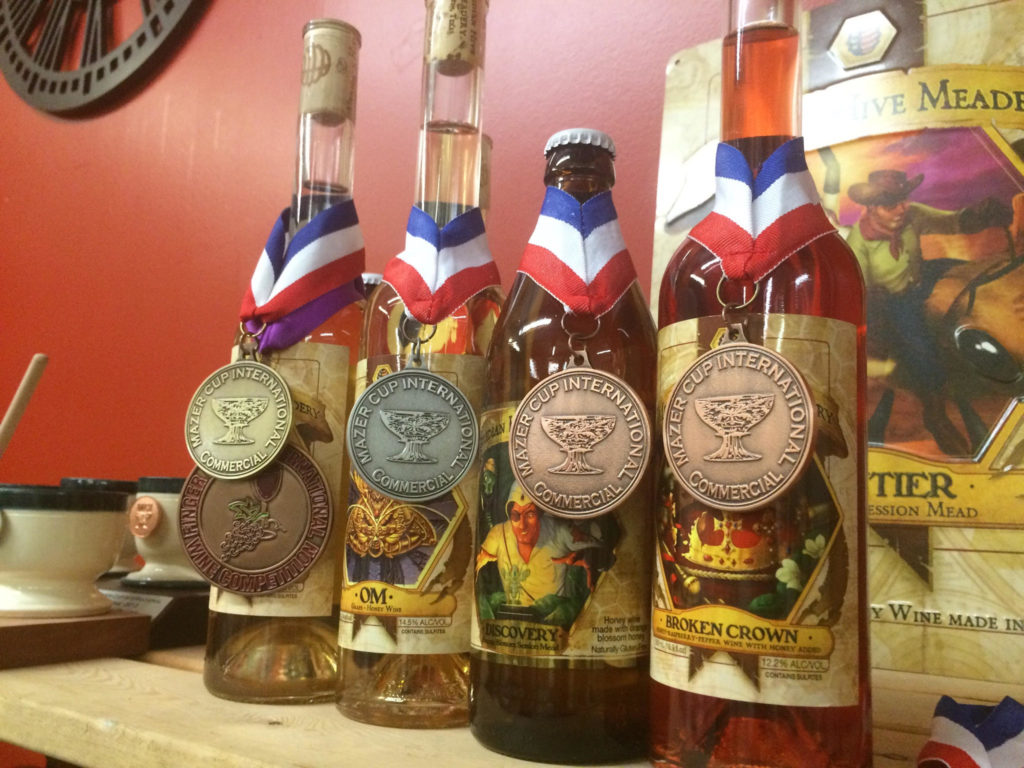 On the evening of our visit, there were 11 different meads available to try! I was surprised about the overall range of flavors and the distinctiveness of each different mead, especially considering the majority of them were created using the same honey.

Sessions:
Frontier: This dry hopped summer seasonal was very refreshing with delicate tropical and floral notes from the use of meridian (of course!) hops.
Discovery: Bronze Medal Winner at this year’s Mazer Cup. Semi-sweet yet very crisp with a light body.
Dynamo: Tart & sweet with a delicious warmth. Made with tart Montmorency cherries, cinnamon, almond and vanilla. My favorite of their offerings.
Rhapsody: Overall bestseller, made with real blackberries. Very balanced sweetness with a nice bright acidity.
Aurora: Winter seasonal reminiscent of a pecan pie featuring locally roasted cinnamon pecans and vanilla that showcases a specialty tropical blossom honey from Brazil.

Traditional Stills:
Blackberry Blossom: hints of lavender and hazelnut with a very nice dry finish
Sage: Silver Medal winner in 2014. Boozy (12.8%abv!), buttery and rich with a lot of bourbon characteristics and a unique french toast-like flavor.
Fireweed Blossom: Intense floral notes upfront with a sweet finish reminiscent of creme brûlée.
Meadowfoam: Gold Medal winner at this year’s Mazer Cup. The most unique and surprising of their meads that showcases a rare honey sourced from the Pacific Northwest that has distinctive notes of toasted marshmallow and cotton candy. This one is a real eye opener.

Specialty Stills:
Broken Crown: Bronze Medal winner at this year’s Mazer Cup. Bold and savory combining raspberry and chipotle pepper. Expertly made with the peppers being very present throughout the entire palette without ever being too dominant or overpowering.
Wildfire: Wonderfully spiced, sweet mead flavored with cinnamon, peppermint, and hibiscus with a prominent lemongrass undertone. 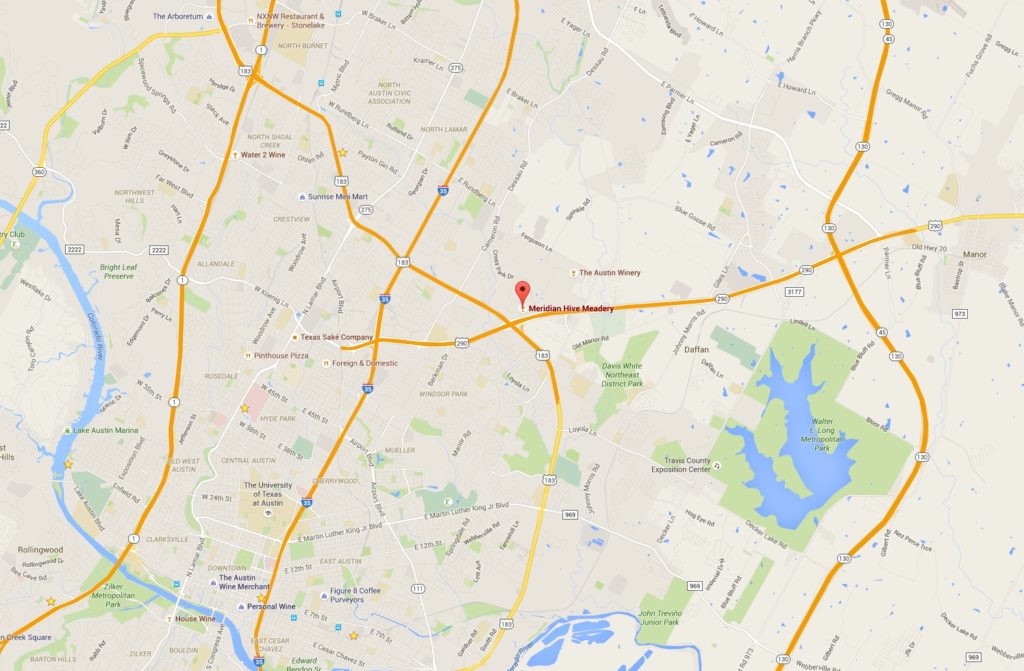