Ah… There is no event truer to the DIY nature of craft beer than Party World Rasslin’ seasonal wrestling shows at the 4th Tap Brewing Cooperative.

Here’s how it goes: every 3 months, and insanely talented team of volunteers throw the best damn party in Austin.

Party World Rasslin’ (PWR for those in the know) is a must-see event. I fully understand its not for everyone, but damn, to live in this city and not experience it once is a failing, my friend. Where else can you drink 4th Tap’s delicious +2 Vitality Blonde in plastic cups, then hurl them at the bad guys? Where else can you watch a real boy wrestle a cyborg? Where else can you step into another reality and share a beer with an honest to god wrestler? Where else will performers go out of their way to make you feel special for being there and a fool for showing up all in the same night?

From the parking lots comes chanting, “Hail Teen Worm!” Timmy Quivers shouts, the crowd roars back, “HAIL TEEN WORM.” I push past men in togas, women who seem to have transformed into satyrs, past cyclops and a lot of confused looking folk. As I move ever closer to the front of the crowd the smell of hot sweat begins to jostle the ripe heady notes of fermentation for power. The space is dark, save for the lights on the ring, where a barista wrestles a goat. No, that’s not right. Ralph Macchiato, barista from Seattle and all-around jerk wrestles Gary the Goat, one of my heroes. Gary headbutts Ralph (despite being mostly human shaped he still has goat horns, of course) and I blow my horn for Victory.

Each time they design new sets, new props, new lighting effects. Each time the wrestling gets better, the story gets crazier, and the lore gets deeper. I would know, I’ve never missed a show.

PWR is an event unlike any other, and kudos to 4th Tap for hosting these guys again, and again. Some of their cans are even designed by one Rory Blank—aka Hot Dog when he’s in the ring—and every time I pick one up I’m transported back to that magical place.

4th Tap is not afraid to get creative with their brewing choices either. If you’re not there for PWR (and don’t wait for the next show to go) you should definitely try their selection. The Can You Dig It is a tasty and every day sort of red ale. I could seriously survive on this beer and this beer alone. For the more adventurous try the seasonal Supernaut (if it’s still there!). I tried to describe this thing but honestly their description just rules: Big deep chocolate notes tempered with delicate malt sweetness. Finishes with a nice warming afterglow. Brewed with liberal additions of dark matter, this beer’s gravity literally tears a hole through space and time to send the imbiber across the golden rainbow. I think that about sums up 4th Tap. Great beer, completely unafraid of the weird, yet totally approachable.

I hope to see you there, and remember HAIL TEEN WORM! 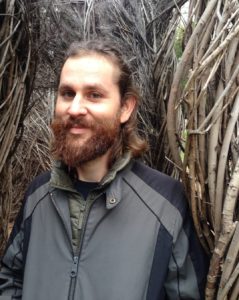