They’ve been undergoing some major improvements over the last few months and will reopen its doors Friday, MAY 5th from 4-8pm

Georgetown is also home to a new concept store on the square, bar/retailer Mesquite Creek Outfitters. The shop offers a well-curated selection gifts and outdoor apparel, shoes for hunting, fishing, and more. A beautiful bar at the front serves approximately 20 Texas craft beers, with wine and food options coming soon. Rentsch Brewery beer is one of the beer brands served at Mesquite Creek Outfitters.

Andrew Schwab and I have teamed up to bring you brewery profiles from the Austin area. The intent of this series is to give you the inside scoop on who these breweries are, what makes them different, and to provide you with all the beer-nerd specifics.

Our first profile in this series is Rentsch Brewery in Georgetown, which is currently  OPEN.

The People:
Andrew Rentschler, and father David, decided to start a brewery after Andrew spent some time abroad and fell in love with German style beers. At that point, Andrew devoted as much free time as possible learning everything he could about the art of making beer and testing recipes. Stefano Alianelli heard about his plans through a family friend and the two connected and have spent the past year pinning down the recipes on their pilot system.
Andrew grew up in Georgetown and it’s clear that this is an endeavor for his community. In fact, through pretty much every aspect of starting the business Andrew found himself working with mutual friends and acquaintances from all over the city. As Georgetown’s first brewery, Rentsch beers will appeal to a wide audience from everyday beer drinkers to the craft beer lover. 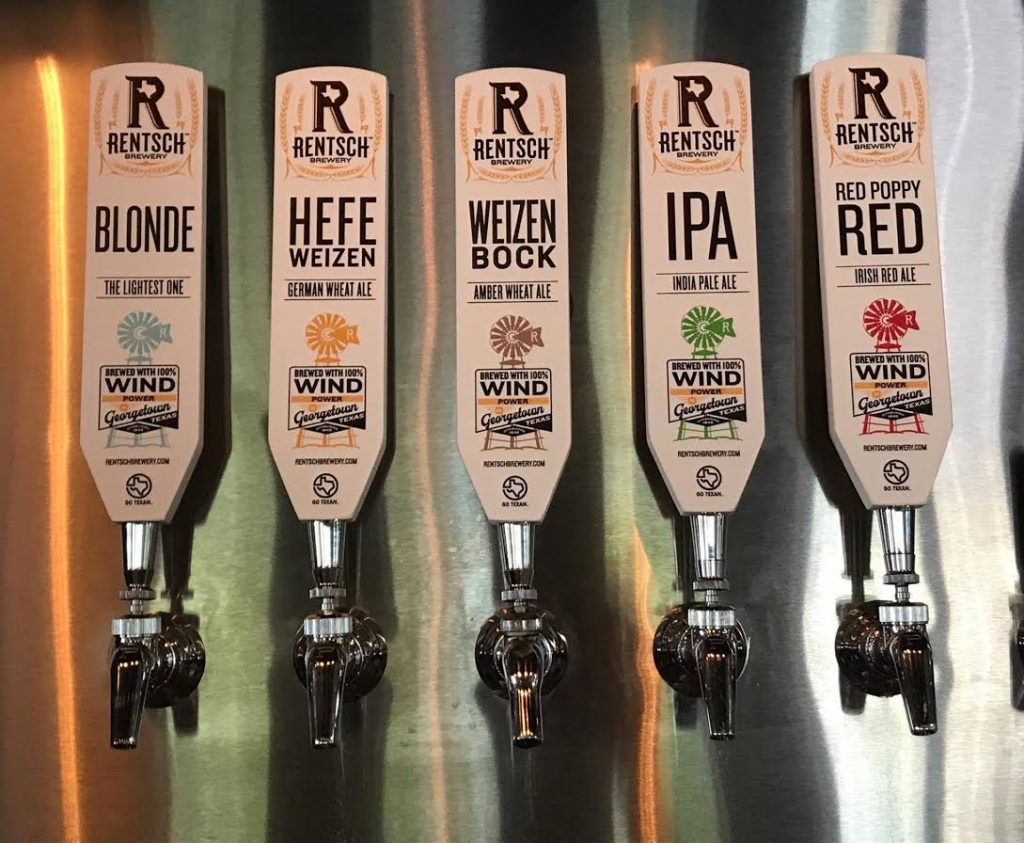 The Beers:
The beers planned so far are mainly German style and adhere to the Reinheitsgebot, or German purity law. Some of their initial offerings will include a Vienna Lager, Weizenbock, Hefeweizen, and an unannounced fourth beer. There will also be rotating seasonals after they open. All of their beers, at the beginning, are going to be more traditional German recipes that should be indistinguishable from their German counterparts. To begin, the beers will be available at select restaurants and bars in the Georgetown area. They do hope to expand this later, but are focusing on their local community first. 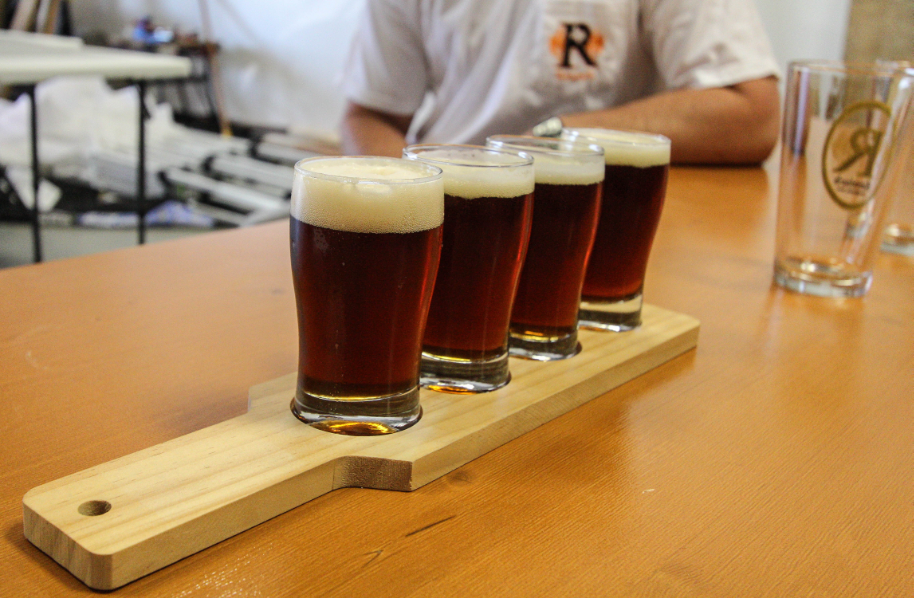 The Brewery:
The brewery is starting with a 7BBL system but already has plans to purchase a larger system. They have worked with the landlords and have access to more space to be able to fit a larger system when needed. Along with this, there are plans to eventually purchase a canning line to can their beers. They hope to be able to eventually put a beer garden in around their building as well. 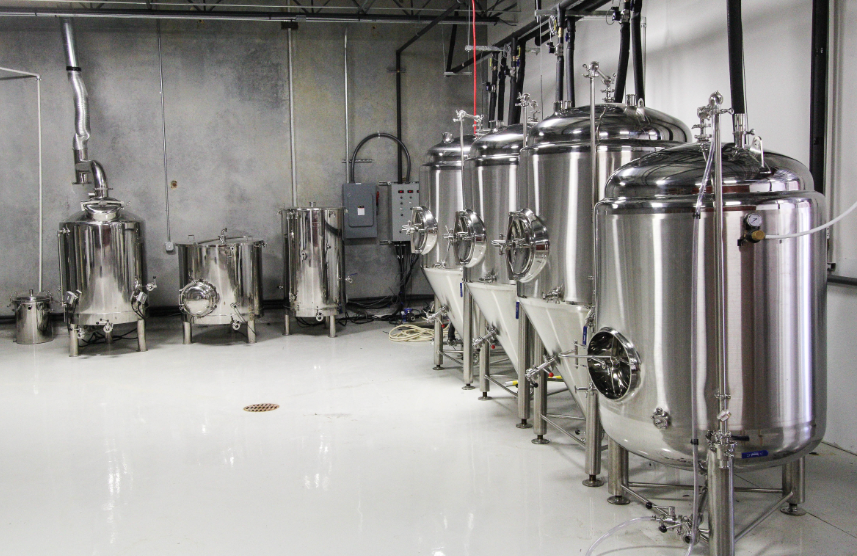 It turns out that Andrew also enjoys woodworking, so the beautiful wood bar in the tasting room is handmade along with the tap handles. The brewery plans to start by opening on Saturdays and also has an outdoor space that will include food trucks on site. Rentsch is about bringing beer and the community together. The brewery is kid and dog friendly (see details below). 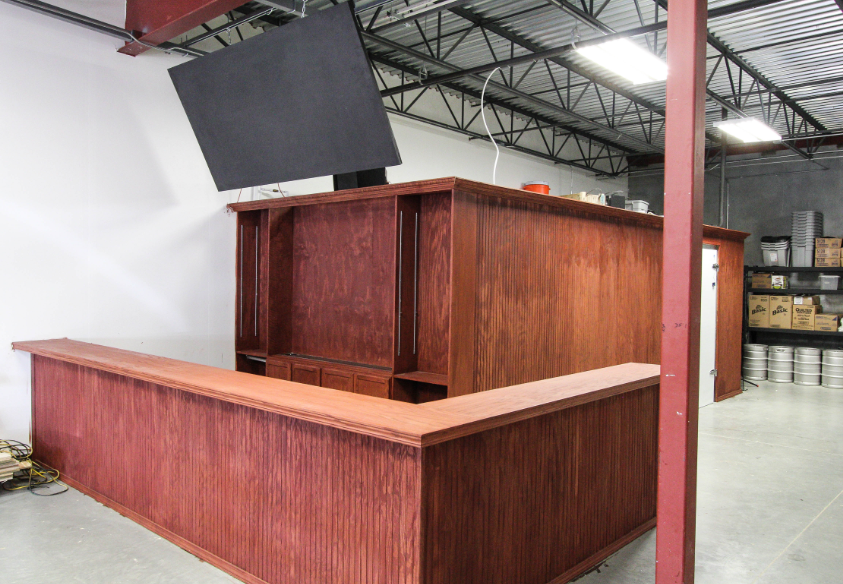 After speaking with Andrew and Stefano for only a few minutes it becomes clear that they are passionate about making great beers for the community of Georgetown. Since their current production is already spoken for – it seems Georgetown is excited about Rentsch Brewery. In fact, the people of Georgetown are anxious for Rentsch to open as they get calls almost daily about the progress of the brewery. Keep an eye on Craft Beer Austin for details about their grand opening party.

The Details:
Location: 2500 NE Inner Loop Unit 3105, Georgetown, Texas.
Hours: Starting with Saturday hours with plans to expand to weekends.
Pay Structure: Plans for a cash and credit token system – $10 for 3 tokens and a pint glass. $4 for 1 token (optional plastic glass).
Kid Friendly: Yes.
Dog Friendly: Keep ’em on a leash and outside and you are all set.
Parking: Have access to a large lot with ample space.
Food: Food trucks on site, bring cash.
Good to know: It’s tailgate style outside, so bring your camp chairs. There are plans to add wifi and TVs to the tasting room.