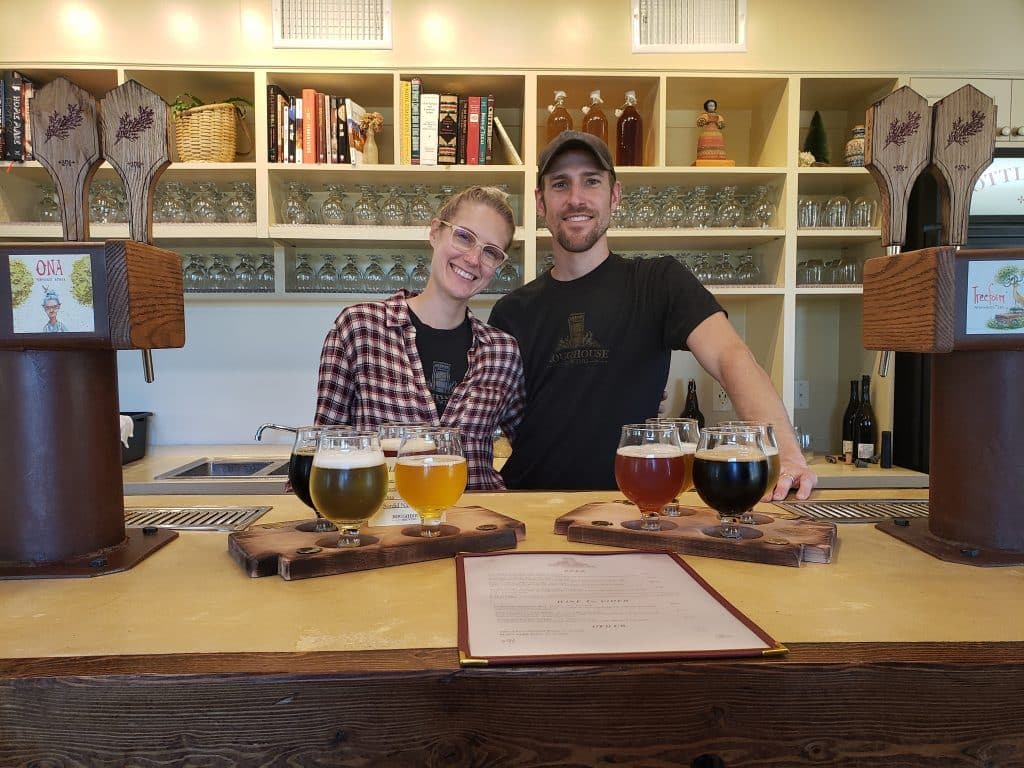 It is time well spent to make the relatively short drive out to San Marcos to experience this family brewpub in the Hill Country. Situated on five acres of the family’s ranch, Davy, Alex, and Andy Pasternak have created a beautiful, serene setting to enjoy beer and get away from the hustle and bustle of the city. But this isn’t just a little brewery in the woods, this is a legit farmhouse which is already turning out excellent farmhouse ales.

All of Roughhouse’s beers are fermented fully in four horizontal American white oak foeders using their house yeast culture, most of which has been cultivated here from various flora and fauna on the property. Fermentation of this nature takes approximately 6-10 weeks depending on whether additional fermentables, such as fruit, have been added. There definitely is no rushing this process, and all good things are worth waiting for, right? Every Spring they plan to cultivate more cultures from the land surrounding them, adding further complexity to their beers with the end goal being a mixed culture that was completely harvested here. The fermentation is not the only thing that takes time in this “yeast driven” brewery. Decoction and cereal mashing are very time consuming, old-world traditional brewing processes they employ for most batches. Several of the grains, sourced from local Barton Springs Mill, are in the raw form (as opposed to malted) which mandates the extra time involved. “Most of our malt bills only have two to three different grains, but we work them in such a way as to get the most character out of them,” head brewer Davy stated. Don’t let the laid back atmosphere of the place fool you, a lot of hard work is going on here. The foeders are 30 bbl each, and the direct fired brewhouse is 15 bbl, so that requires two 10 hour brew days to get one filled. 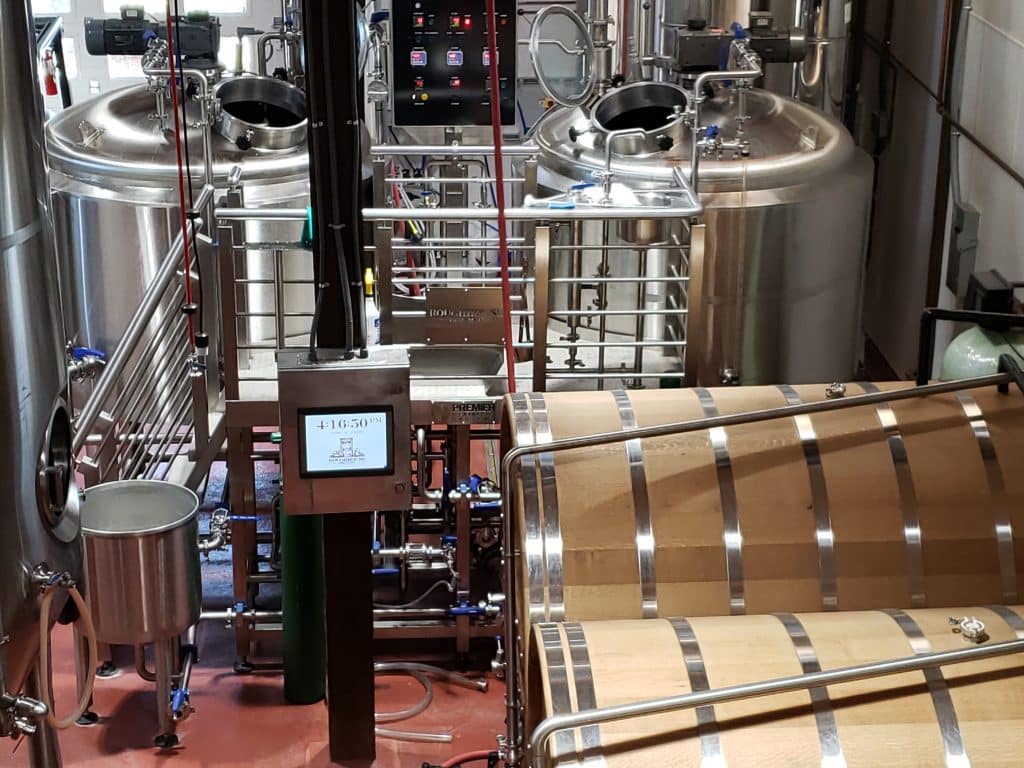 They opened with four original beers with a fairly wide variance. “We wanted to showcase the different directions we can take our house culture,” Davy said, and they definitely have done that. Rare Merit, a 3.3% ABV table beer is indeed a brewer’s beer. Light and refreshing with a hint of lemon flavor derived from the yeast. This is definitely a beer you can have a few of while working in the hot Texas sun. It’s also one you can have a few of while writing an article in the taproom. They also introduced Treeform, a farmhouse IPA with a lightly hopped flavor. Ona, named after their great grandmother, is a farmhouse amber with a malty caramel flavor fermented on Montmorency cherries. And the big one of the bunch is Sordid Nature, a dark saison with a rich body and subtle roastiness. At 8.2% ABV, this one lives up to its name. 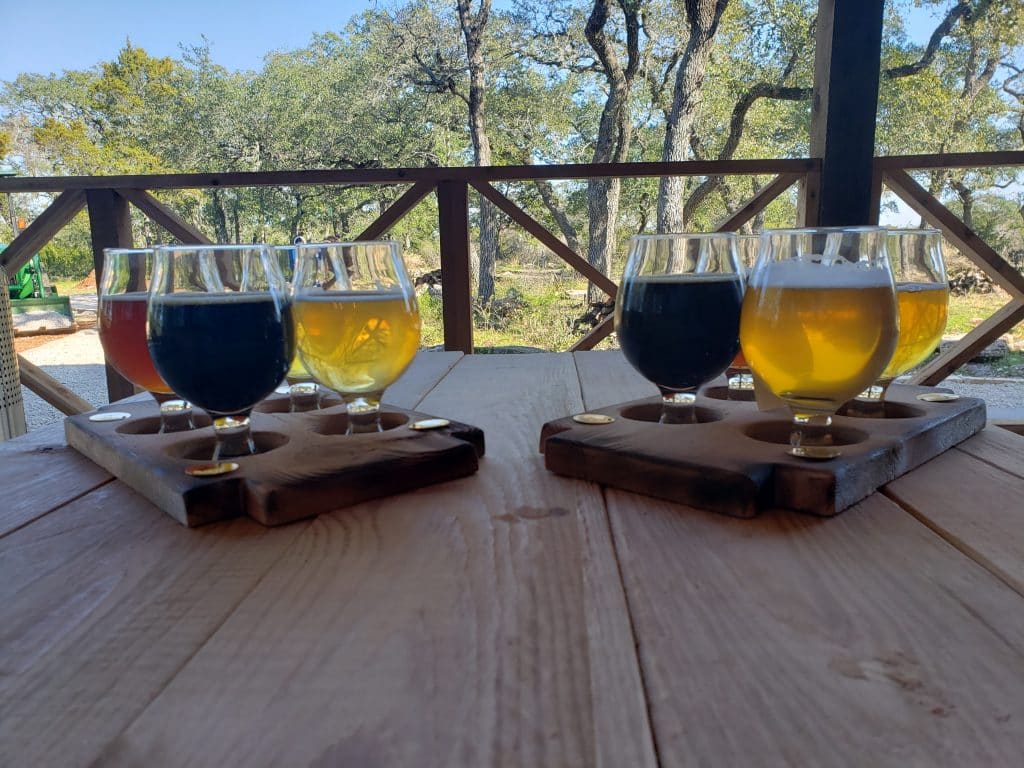 Their intention is to grow slowly, perhaps adding a couple more foeders when the time feels right. They won’t be one of those breweries who overextend themselves. The beer takes a long time to make, and it is with the same patience that they plan to expand. Now into their first few months of operation, they are on that path to produce 600 barrels this year. They are currently a lean, mean, mostly family machine. With Davy at the helm brewing, his wife Alex is the taproom and marketing manager, and brother Andy is both the cellar man and in charge of their sales and self-distributing efforts. Busy busy people these Pasternaks are!

If you find yourself hungry while here (or better yet, come hungry!), the food is outstanding. Chef Steve DeLeon and Davy met while both were working at Blue Owl Brewing. Steve gets his inspiration from the beer being served and available fresh local ingredients. All of the beer takes a long time time to produce, but is quick to get into your glass. The food is the same way. Some dishes may have taken a day or two to prep, but are served quickly, and all are delicious. At the particular time that I was writing this, one of their farmers was in the taproom and had brought them some fresh beef earlier in the day. These animals had been fed spent grain from the brewery. Cyclical things are things of beauty, and hamburgers were on the menu that night!

There is a space above the taproom that overlooks the production space that provides a nice place to chill, and there are plans in the works to host brewer’s dinners in the future. Outside you will find picnic tables and Adirondack chairs encircling the fire pit. Each location has an easy view of the newly built stage upon which live music will be played on Saturday nights that will range from blues to acoustic to ragtime jazz. The well done, rustic woodwork inside the taproom creates a real homelike, family feel. It is somewhat obvious from the pastoral setting and aesthetic of the place where the name Roughhouse came from, but Alex also told me that it has a playful, honest, familial tone. You can definitely feel that here!

If you can’t make the drive out to San Marcos (which you definitely should try to), you can find their beers in bottles and on tap at an ever growing list of outlets in Austin, Wimberley, San Marcos and now Round Rock.

Why? Because it’s awesome! 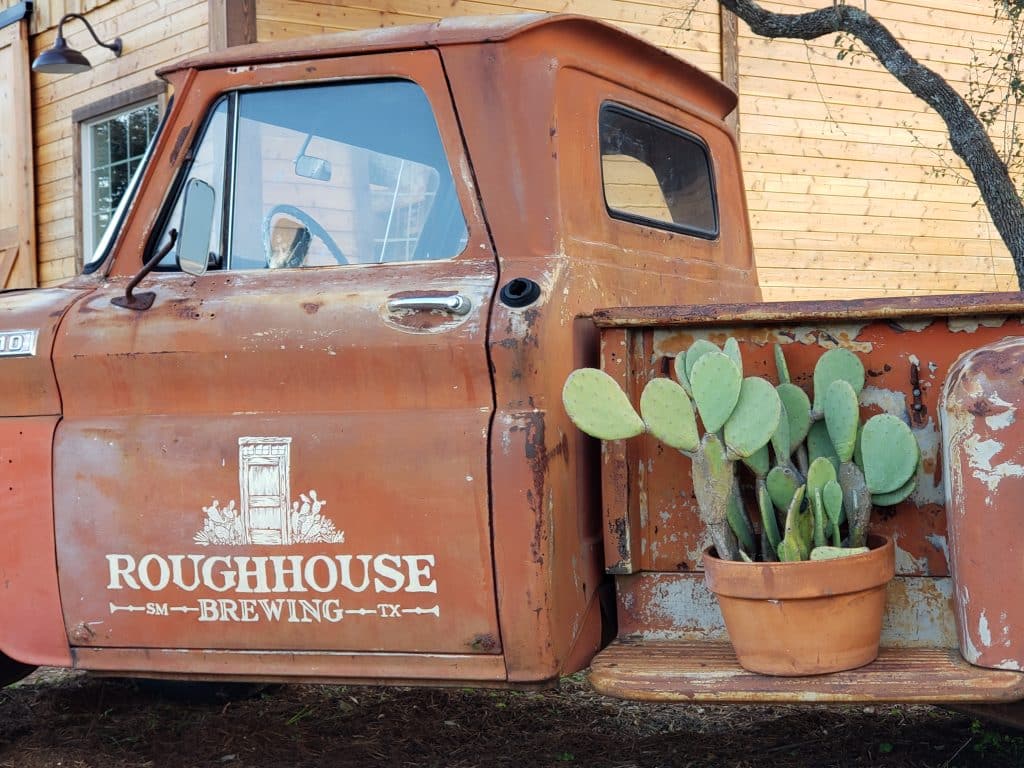 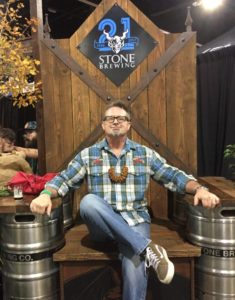 James Lipari is an avid homebrewer, Certified Cicerone, and lover of all things beer. You’ll likely see him in taprooms, brewpubs, and beer bars here and across the country. You can follow him on Instagram @beerlovesjames