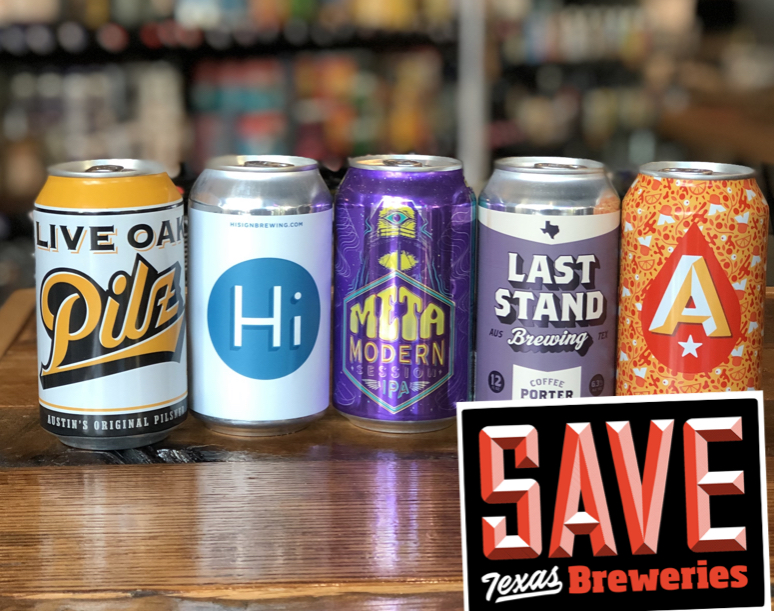 According to a survey of members by the Texas Craft Brewers Guild, two out of every three Texas craft breweries will be forced to permanently close by the end of 2021 due to the public health crisis brought on by COVID-19 and back-to-back shutdowns of on-premise business at “51% establishments.”

Statistics are based on survey results from 87 Texas craft breweries, representing approx. 40% of the TCBG’s operating brewery members.

“Texas has already seen craft breweries permanently close because of the pandemic and ensuing economic crisis,” Texas Craft Brewers Guild Executive Director Charles Vallhonrat said. “The outlook from here is even worse. We continue to implore Governor Abbott to finally do something to help them. His 51% Executive Order is crushing Texas breweries, and for no good reason. Before he inexplicably closed taprooms down for a second time, they were operating under the same health, safety, and social distancing guidelines as restaurants and other businesses that the Governor has allowed to remain open. We’re just asking for consistency and fairness.”

In a surprising turn of events, the TABC issued guidance for manufacturing and retail establishments to expand or reduce their licensed premise. While some breweries immediately took advantage of the new modification allowance, the guidance provided more confusion than clarity and certainly did not address the issue at hand: breweries are not bars.

In an effort to rally that community support, the Texas Craft Brewers Guild is calling on beer enthusiasts across the state to help #SaveTexasBreweries.

How you can help:

“Texans, if you want your local breweries to still be in business on the other side of this second shutdown, please continue to vote with your dollar and buy local, small, and independent beer,” Vallhonrat said.