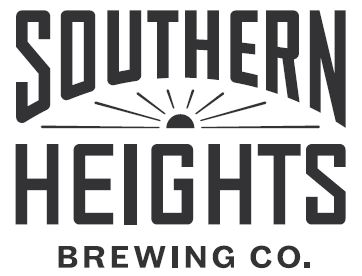 The southeast brewery corridor is expanding once again with the addition of Southern Heights Brewing Company conveniently located off of 183 south and Techi Center Drive, joining neighbors Friends and Allies, Hi Sign and Live Oak.

Austin Russell and Chris Rich are the brains behind the new operation that occupies a 7500 square foot space in a small warehouse complex that will feature a large taproom and plans for an outdoor patio.

The name Southern Heights was inspired by taking a leap of faith, “not everyone has the courage to follow their passion and make those crazy life-altering decisions, Austin says. We jumped head first into the unknown. The journey has been uncertain at some points but most definitely the adventure of a lifetime.”

Crafting great beers of all styles is the goal says Austin, “we don’t plan to limit ourselves to one particular style, we are an American craft brewery making all varieties of beer to the best of our abilities.” Their goal is entirely attainable due to the fact that the duo has managed to acquire a variety of fermenters including a horizontal fermenter acquired from Live Oak Brewing that will allow them to brew yeast expressive and experimental beers. “Why wouldn’t you want to own a tank that has so much history producing some of Austins finest beers, Austin says. We hope to add to the legacy of FV6.”

The duo has been mostly flying under the radar in terms of social media, and for good reason – it takes years to open a brewery and there are frequent setbacks. Distribution is eventually on the horizon; but for now, you can expect to find their well-crafted beers exclusively at the tap room.