The Women Behind Craft Beer in Austin: Part 1

Discovered among the earliest human writings was a clay tablet containing a poem written by a Sumerian poet called the Hymn to Ninkasi. The poem praises the Sumerian goddess of brewing – Ninkasi – and is actually the earliest recorded recipe for beer. This is significant because it demonstrates the role that women have had throughout history in brewing and selling beer. It wasn’t until the Industrial Revolution that women were virtually eliminated from the brewing industry.

Today, the tide is starting to turn, and although the numbers are still small, women are working in all aspects of the craft beer scene. The Women Behind Craft Beer in Austin series is designed to put a spotlight on women in the Austin area beer community. Austin has a distinct and growing beer culture and women are not only present in every aspect of it from brewers, distributors to consumers; they are also well respected leaders shaping the Austin culture.

The first article in this series focuses on the The Women Behind Craft Beer in Austin and will feature Gabriel Gregerman, Co-Owner and Tap Room Manager at Real Ale Brewing, Amy Cartwright, Co-Founder and President, Independence Brewing Co., and Sarah Zomper Haney, General Manager at Adelbert’s Brewery. This series will explore their background, how they got started, the challenges they have faced and what the future holds for them.

How They Got Started

Gabriel Gregerman, Real Ale Brewing
Travel is a key theme for most people when it comes to their love for beer and the same holds true for Gabriel – or Gabe – from Real Ale. The opportunity to travel and experiment with new beers had an impact on her current love for beer. Her husband Brad Farbstein, owner and President of Real Ale, was an avid home brewer when they met and they would frequently brew beer together. In 1998, something wonderful happened: Brad had the opportunity to buy Real Ale from the original owners Phillip and Diane Conner and the couple jumped at the opportunity.

Amy Cartwright, Independence Brewing
Amy’s beer influence began with a trip to Germany to visit her brother and his new baby. In Germany Amy fell in love with the German beer scene. While Amy was in college, she was part of the early Austin beer scene while working at the Bitter End. Amy recalls having to explain that they only brewed their own beers to patrons and ultimately ended up giving brewery tours at the Bitter End. Once Amy graduated college, she began a successful career in the corporate world and met her future husband Rob Cartwright, who was brewing at the Copper Tank. One day, talking over Rob’s homebrew Pale Ale in the garage, Amy suggested that they dive in and start their own brewery. At that time, most of the Austin breweries had shuddered and there were only a few survivors. Together they took the plunge and Amy said goodbye to the corporate world. Amy and Rob started Independence brewing in 2004.

Sarah Zomper Haney, Adelbert’s
With a Masters in Business, Sarah also had a successful corporate career. However, she was unhappy with corporate life. She was so unhappy, that her husband actually suggested that she quit. With his support, she took the leap and left the corporate world. Sarah had been a home brewer for years and when an opportunity arose to volunteer at Adelbert’s, she jumped at the chance. She quickly thrived at the brewery taking on jobs that no one else wanted to do. She did everything from serving beer to polishing the sinks. “You have to be willing to do the job that nobody wants to do”, says Sarah. Scott took notice and offered Sarah the job of General Manager. 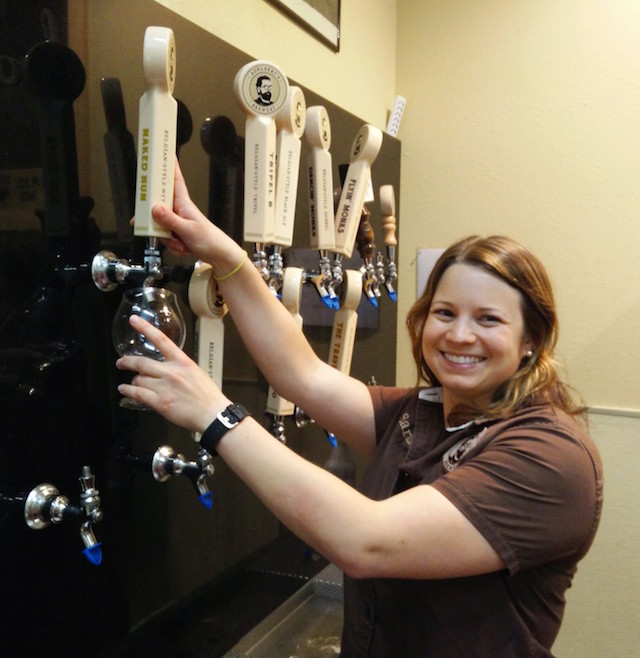 Gabriel Gregerman
At first, Gabriel kept her full time job while spending a lot of time at the brewery with her husband Brad. In her free time she started doing a few jobs here and there to help out. In 2001, she made the leap and began working at Real Ale Brewing full time. She would do everything from sales calls to payroll, whatever needed to be done – even assembling tap handles for their famous Firemans # 4 Blonde Ale. 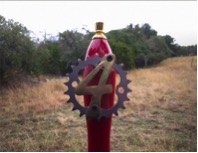 Running a new business had its own set of challenges, but Gabe recalls a bigger issue. The beer scene at the time included domestics and imports and “the general consumer level of education was completely different,” she says. She recalls taking the Full Moon Rye IPA to a small beer festival on the plaza in Houston and having people question why anyone would put rye in a beer! It was a challenge to get craft beer on tap in an environment where consumers were complacent with the current offerings.

Since Real Ale has has been around for over 19 years, they also have a collaborative relationship with other breweries and their staff.  The newer breweries, like Jester King, spent days and hours asking questions. Real Ale shared information and shared resources to help them get started. Real Ale didn’t see it as a competition but rather as a beer community helping, growing and working together.

Amy Cartwright
When Amy decided to focus on the brewery full time, the key challenge was cash flow. Like any new business, it can take several years to see a positive return. Amy also had the task of convincing bars in town to add an unknown Austin beer to the current lineup. There were already two long time staples, Live Oak and Real Ale, and no one thought the consumers wanted another Texas beer. Amy persisted and one by one Independence became an Austin staple. Several years ago, at The Gingerman Amy was asked to speak about beer at a women’s only beer event. It was an instant sell out. What stuck with Amy was how open and dynamic the questions were. There were women with a wide range of knowledge and each of them was eager to learn from what Amy had to say. That had a lasting impact on Amy and has influenced her work today. 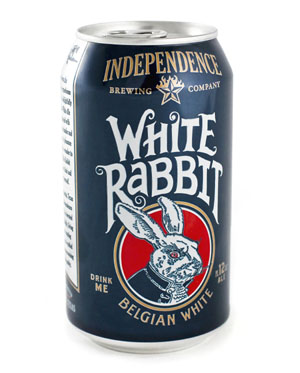 Sarah Zomper Haney
The beer industry is a competitive one and requires hard work. In the beginning, Sarah spent a lot of her time staying educated and involved in the beer community while she dug into the daily operations of the Adelbert’s brewery. Today as General Manager, she runs everything from the tasting room, marketing, special programs, payroll, recipe development, special events and tours. Occasionally while giving a tour, Sarah will encounter a man that rolls his eyes expecting to be bored and not get all the gritty technical details, but within seconds he is raising his hand asking questions. Sarah’s warm personality and incredible knowledge of beer is quickly apparent. Sarah is without a doubt a well-respected member of the Austin beer community and she is also a certified Cicerone beer server.

Looking to the Future

Gabriel Gregerman
Around twenty percent of Real Ales employees are women and that is something that Gabe is really proud of. “Women are part of the daily operations from marketing and sales, packaging, production, brewing and quality assurance” says Gabe. Today you will find Gabe in the tap room serving customers and staying connected with the people enjoying her beer, “They let me have my own personal happy hour every Friday,” she said. “So that’s cool!”

Real Ale just underwent a major brand evolution that touched everything from the labels and the website to the tap handles and the product offerings. You can look forward to new beer releases, new Brewer’s Cut styles, and maybe even a future brewhouse expansion – not to mention a 20th anniversary party in 2016.

Amy Cartwright
Today, after a recent brewery expansion, Amy gets to brew beer the way her and Rob want. They now have the opportunity to experiment with different styles without straying from the core of the Independence brand. Since the brewery expansion they doubled production and revamped the tap room. Independence has expanded their offerings to six mainstays and four seasonals and is currently offering pilot brews in the tap room. Amy is passionate about the brewery and what it stands for. Independence employs several women in various roles from tasting room manager, sales, packaging team, and quality assurance. 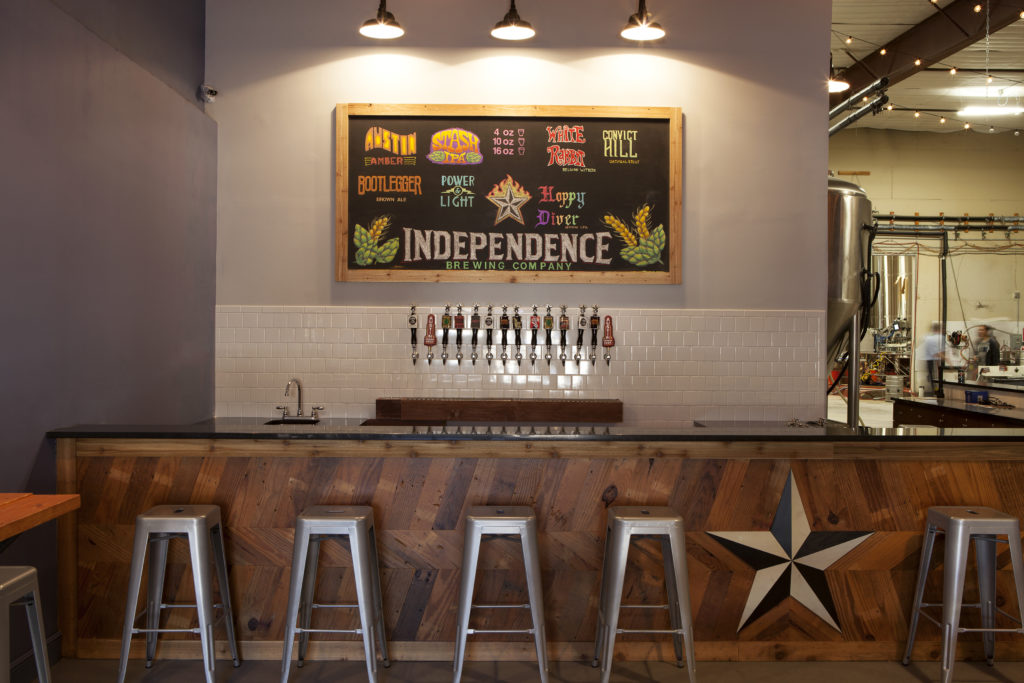 Sarah Zomper Haney
Sarah is a pillar in the beer community as an active member of the Texas Brewers Guild, which supports the interests of Texas craft brewers. She recently participated in International Women’s Collaboration Brew Day. Even though she runs the day to day operations, she still finds time to brew beer at the brewery and is currently co-creating a beer with Scott Hovey, founder of Adelbert’s. Adelbert’s Brewery is a tribute to Scott’s brother, George Adelbert Hovey. 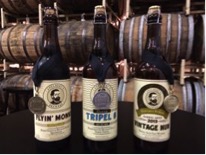 Adelbert’s is currently distributed throughout Texas, California, South Florida, New Mexico and they are re-launching in New York with other markets on the radar. The name of each of Adelbert’s beer tells a story from Scott’s brother Adelbert’s life and Sarah has plans to launch a program to connect with consumers to tell these stories. The brewery has also recently expanded and has plans to release several new beers this year. You will notice a lot of barrels when you visit the brewery and there are some big plans for those as well.

Gabriel, Amy and Sarah, represent The Women Behind Craft Beer in Austin. Women are not only part of the beer scene; they are a well-respected group that continues to grow and influence the craft beer market.

1 thought on “The Women Behind Craft Beer in Austin: Part 1”