There is a chance of over seventy 100° or higher days this year. No matter where the final count lands, this will be one of the hottest summers on record.

Recently, I was sitting at 4th Tap in a perfect air-conditioned Austin tap room, watching Metalocalypse reruns, and talking to Pam, Robbie, and Sam about this exact topic. What breweries in Austin have the perfect inside air-conditioned oasis to get out of the heat with a local craft beer?

For this list, I am limiting to breweries only, the focus is Austin proper (see the bottom of the article for some Austin area breweries that fit the bill), and just having air conditioning isn’t enough, it has actually to be cool inside. For instance, I love Lazarus and Zilker and while there is some AC, they have more of a patio atmosphere, so they didn’t make the list. If your favorite brewery isn’t listed below, feel free to yell at me online, but it’s probably for the aforementioned reasons.

Here is the list of Austin Area breweries where you may find me staying cool this summer with a locally made craft beer. 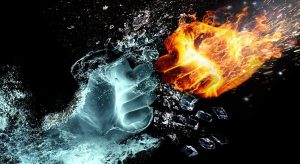 If you are in the Greater Central Texas area, here is a quick list of some other great AC-friendly places to hit to get out of the sweltering heat.

Stay Cool and We Hope to See You Around Town

I remember gravitating to beer early. In college (Hook em Horns), my roommate and I would hunt for anything that wasn't macro. In the late 90's that generally meant imports. So he and I drank our way through everything we could find at Bennigans (best import list in Austin at the time) and then The Gingerman. We were at Bitter End, Lovejoy's and Copper Tank every chance we could get. I have been a first hand participant and witness to the change in the Austin beer scene and I cannot wait to see it where it goes from here.