With all that is happening in the Austin beer scene, it is hard to keep track of which Austin breweries are in the process of opening around town. Needless to say, the Austin scene is exploding. This quarterly article is mostly focused on the Austin breweries that currently have locations, most of which are already under construction or about to release their beers. It includes updates from my previous January article and the new breweries that are just starting the process.

4th Tap – 4th Tap will be operating as a co-op production brewery located in North Austin in the same area as ABW, Circle and Adelbert’s, Their location is currently being built out while equipment is arriving. They are hoping for a late June soft opening, but would not be surprised if that gets pushed back a month. 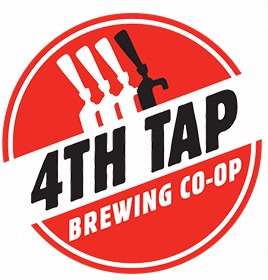 Aquabrew – A San Marcos brewpub that has been in the works for some time finally received their license to start brewing. They recently bought all of their equipment for the brewpub and are hoping for a September opening date for the downtown San Marcos location. Expect a gastropub, beer garden with a large patio, and live music. 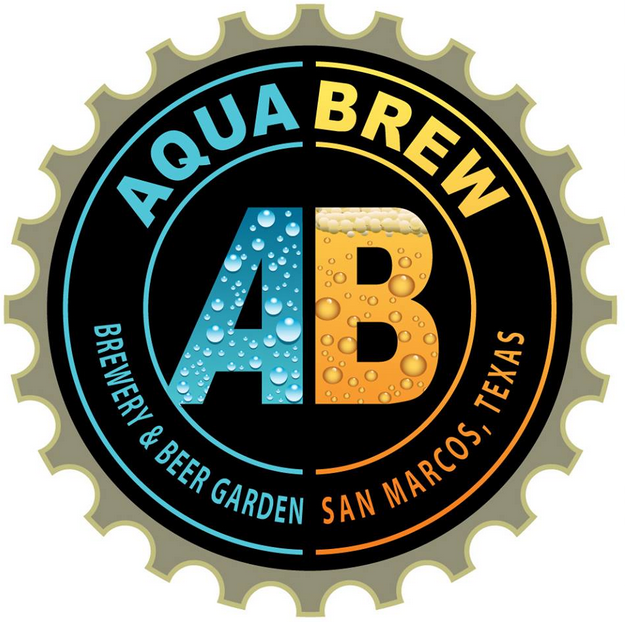 Atwater Brewing – This Detroit based brewery has been looking to open a place in Austin for almost two years now. It is sounding like they may be close to closing on a place in Austin (but, nothing is final). No real details on it other than to keep an eye out. I will probably know a lot more by the next update of this article. According to Atwater, they plan to release more information within 60 days.

Barrow Brewing Company – While this is not in Austin, I figured it was close enough to give them a shout out. Located in Salado, Barrow Brewing began renovation on their 1950’s feed store grain warehouse location back in February. Their lineup will include a Pale Ale, American IPA, and a Stout to begin with. Along with this, expect seasonal and other limited releases in their taproom. The planned opening is in the fall. 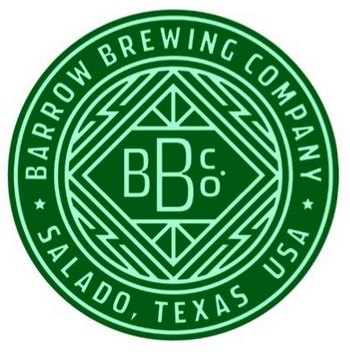 Blue Owl Brewing – Oh, hey, they are still on here. At this point, it seems like they will be a permanent member of this list. At least they are having fun with it (see their Austin Beer Guide ad). With that said, it is sounding like the end of May/early June will actually be the date for their opening. Blue Owl is focusing on sour mash beers and canning them. They will be located in East Austin (2400 East Cesar Chavez St. #300). To begin with, they will be canning a Sour Session Wheat, Black Sour Cherry Stout, Sour Pale Ale and Sour Amber Ale. 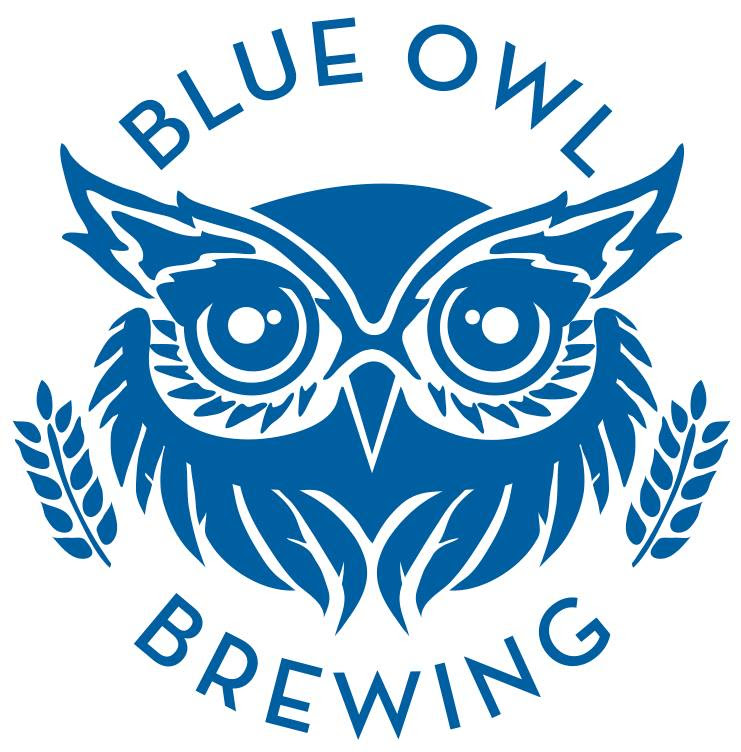 The Brewtorium – While they may not have a location, I feel fairly confident in this place happening. This North Austin brewery and kitchen plans to open in early 2016 pending a lot of issues (location, city approval, TABC license, etc). Pretty much, they have a long way to go, but hopefully we will see them in early 2016. They do plan to have a large outdoor beer garden that is dog friendly.

Bull Creek Brewing Company – Note: I have not had any real updates on this place. I reached out to them and it sounded like some things were going to be changed and announced in the near future. I do not know what is really happening or what it means, so here is last the article’s update with the same info that I had then.

This brewery has been in the works for some time now. They have been receiving label approvals for their beers since last April, which range from Imperial IPAs to Farmhouse Saisons. They will be located in Liberty Hill, which currently has no breweries. Their brewery and taproom is already built out and they should be opening in the near future. They will be bottling their beers.

Guns and Oil Brewing – Located just east of I-35 on 4th St, Guns and Oil is opening their brewery and taproom. While you may have seen their Maverick Lager around town, this will be their official taproom/brewery. They are hoping to focus mainly on Lagers that will include anything from Helles to IPLs, while throwing in random Ales. The taproom will likely have 6-8 taps. Just like many other breweries in town, they have been struggling getting city approval to be able to start construction. The current time frame has them starting their construction towards the end of June and aiming for a fall opening.

Idle Vine Brewing – Idle Vines is a newer one on the brewery radar for Austin area. They have recently worked out a deal for a location in Cedar Park. They will be working with a 30bbl brewhouse focusing on an American Pale, West Coast Style IPA, English Porter, and Cream Ale.as their core beers. Small batch Belgians and a funky series will be available at the taproom as well. They plan to have a large outdoor space with games, fire pits, and picnics. Expect a late October or early November opening.

Ironsight Brewers – It sounds like they are hoping to have all their permits in hand by early May. With that said, they are finishing up on setting up all of the equipment. Their first beers should be in their fermenters in the very near future. Their initial offerings will include a White IPA, Cream Ale, Amber and a Pale Ale. They do plan on canning later this year, but nothing is set yet. Along with these beers, they also plan to have a small batch series that will be available at the brewery. They hope to officially release in mid-to-late June. Ironsight is located in Cedar Park. 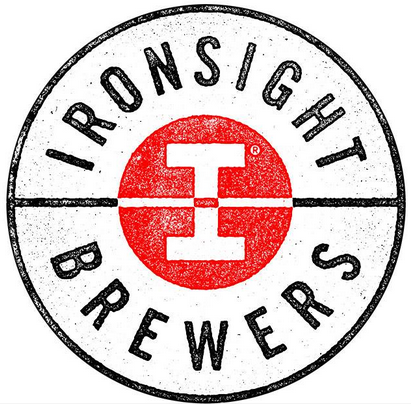 Lazarus Brewing – Lazarus Brewing currently is negotiating for a location on the east side of Austin. Christian, one of the founders, described what they are going for as more of a West Coast feel for the place. “I’ve been deeply influenced by what I would call a “west coast” style of brewery: small, cool space, zero distribution, super intriguing beers, and if you want to try it you’re going to have to come and get it here. Maybe start by thinking of Jester King and ABGB, but then throw in some Portland funk with a distinct neighborhood feel (and add coffee and comfy seating).” They do plan on having the “go-to” beers that will consist of IPAs, Stouts, and Pale Ales. Along with these, they will be having a barrel ageing program in addition to “special beers” that may consist of more Belgian styles. They currently are aiming for mid-2016 before they open.

Orf Brewing – Orf has a warehouse location off of Burleson that has required some major renovations before they can open. Their goal is to have everything up and running by the end of June, but as is common with permits and licenses, it is all going to depend on how things work out with the city and the TABC. Orf, who is also the owner’s name, has been part of the Austin Improv Collective for quite some time. He hopes to incorporate a movable stage into the taproom and host improv shows along with brewery tours. The mainstays for beer are all described as “hybrid” beers that do not meet to any specific style. For more details on the beer, you can see them on their website linked below. 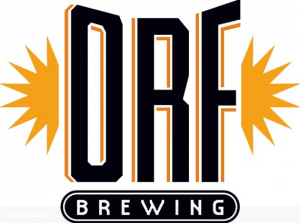 Pinthouse Pizza Lamar – I do not think anyone will be complaining about Pinthouse opening up a location down south. This already hugely popular place has a location at 4236 South Lamar. Based on their current projections, they are hoping to open in the late summer or early fall. But, along with Orf, no telling on how the city inspections and permitting will go. The plans include their own barreling room as well as a larger brew system. 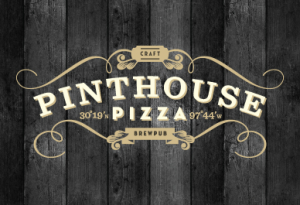 Rentsch Brewing – This Georgetown brewery is in it’s final phases of getting ready to open. They will have a 3.5bbl brewhouse with 7bbl fermenters, along with plans to already expand. They will be focusing on the Georgetown area to begin with. Expect cans to come at a later point. The focus is mainly going to be on German styled beers. Their brewery will be located at 2500 NE Inner Loop Unit # 3105 in Georgetown. 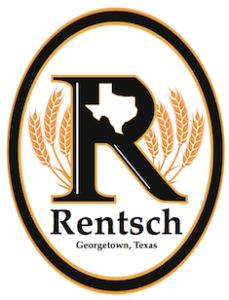 Opened Since the Last Article:

Bindlestick Brewing – Bindlestick started distributing to their local area in Leander over the last couple of weeks. They have been hosting taproom hours on Saturdays, but no official hours have been set. To visit, follow them on facebook or twitter, they have been putting tickets up for sale on their. 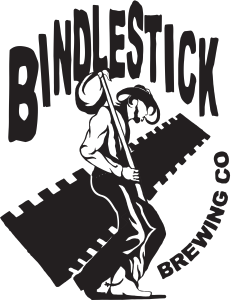 Draughthouse – While this place has been open longer than any other beer bar in Austin, they had a hiatus in brewing for a couple of years. Well, their beer is back on tap. And it is as good as ever. They still run their Thursday special for house beers, so definitely check them out.

Red Horn Coffee House & Brewing Company – Red Horn officially opened their doors back in March. Their own house beer did not make an appearance until April. Along with their house beer, they also have around 40 taps of other local and national craft beer. This is definitely a great addition to the Cedar Park area. Their location is at 13010 West Parmer Lane #800.

Zilker Brewing Company – Zilker has recently opened in East Austin, located at 1701 East 6th Street. They currently have a Honey Saison, ESB, Session IPA and Belgian Pale Ale on tap. Their taproom definitely has an industrial feel and is worth checking out. They have sent their kegs out to their initial accounts and hope to be showing up at more places in the near future.

Hope you enjoyed reading about the upcoming Austin Breweries – May 2015.