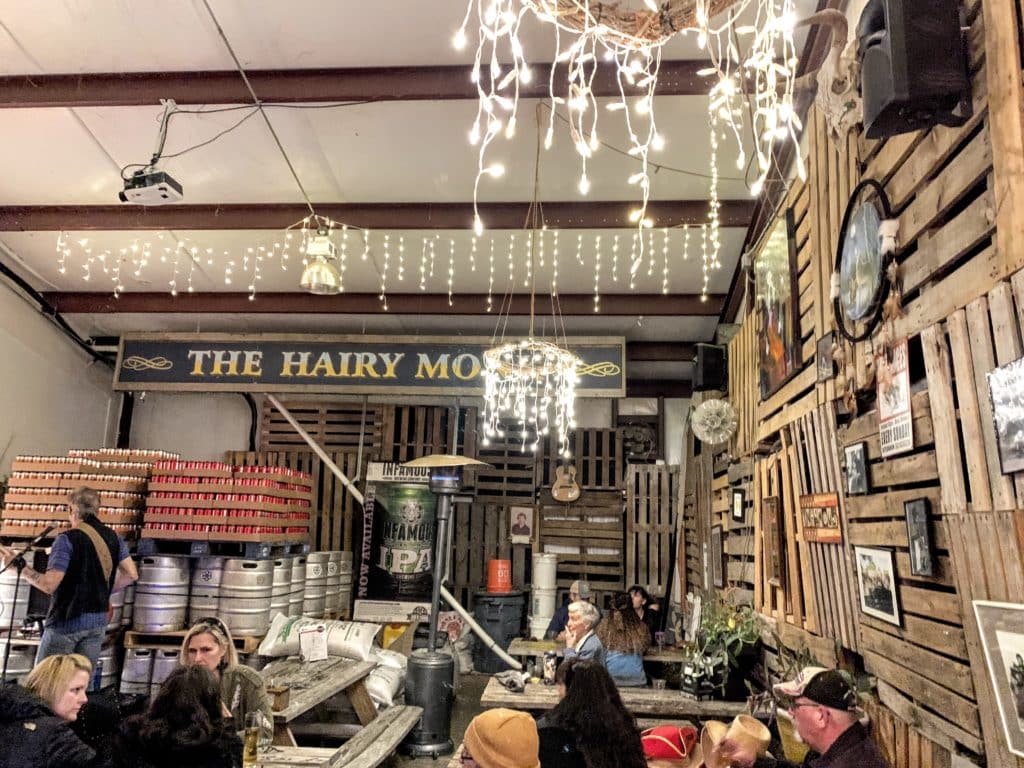 If you ever find yourself out shopping around the Hill Country Galleria or killing some time before a famous Lake Travis Sunset take the detour and go see what the fuss is all about at Infamous Brewing.

Infamous Brewing has an outdoor beer garden with a fire pit and food truck. Infamous Brewing has kept the spirit of Old West Austin alive. It will transport you to a time when Austin was truly weird, when Willie and Stevie were the musical kings of Austin and the Backyard was a music venue in the middle of nowhere, not the strip mall it has turned into.

Editors Note: One time(of the many) when we were enjoying beers at Infamous, a dude showed up on a horse!

As you walk inside, you are greeted by friendly bartenders, 12 taps, 11 of them are their own craft beer and one cider for those adverse to Gluten.

Inside they have two refrigerators for all of your to go beer needs. In the first fridge, they have single cans of their core beers. To give you the option to build your own to go flight or to help give you the courage to enjoy the traditions at Hippie Hollow.  The second fridge is filled with pre packaged 6 packs, their rarities and special release bombers.

The main part of the brewery was decorated with older palettes along the walls to help decorate with pictures splattered around from Austin in the 70s and 80s. The Hairy Monk sign hanging in the back mysteriously made its way from a now-closed NYC bar.

I was hard-pressed to find a group of people all drinking the same beer, much less the same style of beer from the looks of it. Seems like beer diversity matches the diverse groups of people who patron here. While high winds prevented the use of the outdoor fire pit, there were no complaints due to a cool band playing. A three-piece band who played fun cover songs that the crowd knew and sung along with. 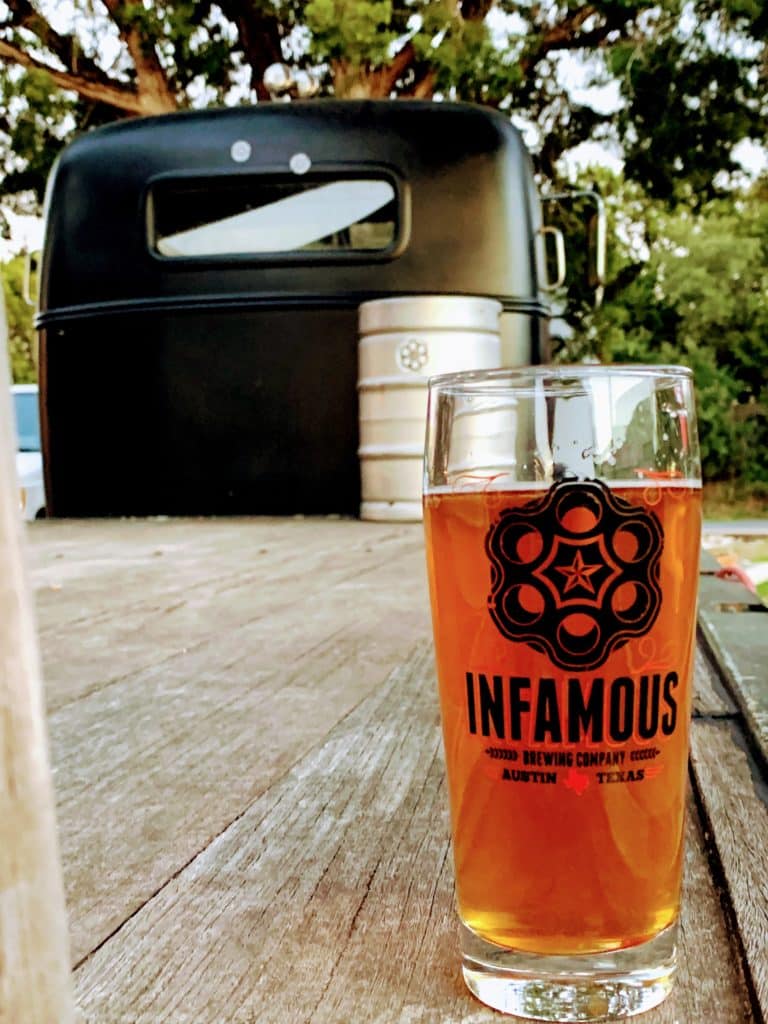 After being acquainted with Sweep the Leg, peanut butter stout, I decided against going with what I know and ventured into the Berliner Weisse, IPA and a coffee stout.

Berliner Weisse, was light, not overly tart and very refreshing, everything you would want after a long fun day at the lake or as spring turns into summer.

Infamous IPA, was a standard and sturdy IPA, it was arguably a simple IPA, it did not want or try to compete with the milkshake IPAs or any other variation of IPA out there.

Invader, the coffee stout, while at 8% ABV, was deceptively boozy and was much better when it warmed up some.

They are lovers of their pumpkin flavored beers, they have Massacre a pumpkin beer and Drunken Pumpkin a barrel aged pumpkin beer.

Beer flights are $10 and you get a 5 oz sampling of each of the 7 beers that are currently on tap at the Beer Garden.

As I was talking to one of the off-duty bartenders, she offered me a tour of their brewing process and the hand labeling area.

While we chatted in the actual brewing area, the regulars would chip in with advice for next beer choices and everyone was extremely friendly.

If you ever find yourself waiting on a table at the Oasis, hard lake day or need some liquid courage to join others with the traditions at Hippie Hollow, it is worth your time to come try something Infamous. 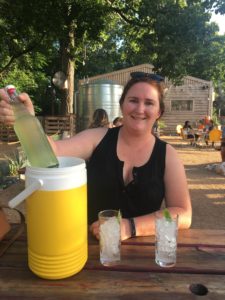 More about Katie Little: I have spent most of my life in Austin. I got first introduced to beer while in college on the central coast of California and then turned that hobby into a passion while living in Seattle/Tacoma. Coming back to Austin has been a blast, I love exploring what this city has turned into. I have been fascinated by the beer scene that has come alive here. Between bottle shops, breweries and general curiosity I love learning, trying new beer and sharing any knowledge. When it’s 103 in the summer on a patio and there’s a person drinking a porter or stout, it could very well be me. When I am not trying new breweries on the weekend, you can find me out in the hill country or playing sand volleyball (not very well mind you) or trying some new recipes on for size. Cheers! Katie