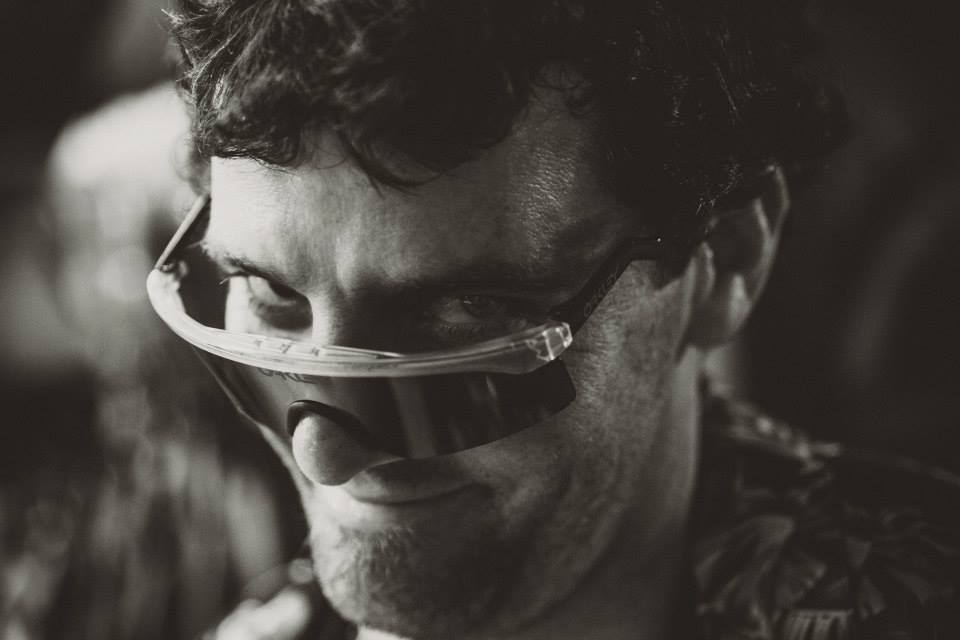 Since opening in 2011, Hops and Grain has become an award winning staple in the Austin beer scene. With the release of their coveted Greenhouse IPA series in cans in 2014, they have become a series hop forward contender in the Austin beer market. The latest highly sought after creation, A Pale Mosaic, was just released this week and hop heads are already clamoring to get some! 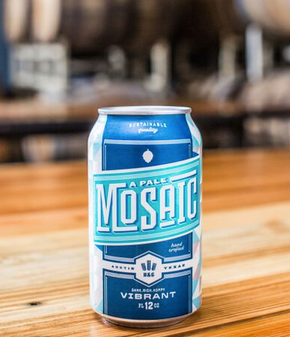 To get an insight into this fascination with experimental hops, I reached out to Hops and Grain founder, Josh Hare, to discuss what drives his passion for hops and what has ultimately led him on an annual pilgrimage to the Pacific Northwest hop harvest.

CBA: First, tell us a little bit about the Northwest annual hop harvest:

JH: The annual hop harvest in the Pacific Northwest is truly one of my favorite times of year. The harvest generally starts in mid-late August and runs through the end of Sept. But, Mother Nature can always throw a few curveballs in there so the timing may drift a bit from year to year. There are currently over 45,000 acres of hops planted in the US and roughly 71% of that comes from Washington, 15% from Oregon and 11% from Idaho. During harvest time the farms are generally running around the clock between the top-cutting machines in the field to the picking and drying floor. Because each hop variety is different it becomes quite a juggling act making sure that you are pulling varieties from the bine at the right time without slowing down the harvesting of other varieties. While there is a good deal of analysis done to determine what variety to pick and when it ultimately comes down to the farmer’s intuition. As the craft industry grows it has been fun to see farmers leaning on brewers and hop suppliers to help them determine when to harvest as our industry has begun to have a keen interest in high oil content hops as opposed to the traditional desire for high alpha acid hops.

CBA: When is the first time you went and how did you get that opportunity?

JH: My first trip to the hop harvest was in 2013. We opened for business after the 2011 harvest was complete and during our first year in business I was still learning the ins and outs of hop contracting. I expressed an interest in coming out to the harvest to a couple of our hop suppliers and they responded with open arms. From what I’ve gathered over my past 3 years of visiting the hop harvest is that for the most part, farmers love to meet brewers and it’s an experience that I would highly encourage taking part in.

CBA: Experimentation with hops is obviously a key signature of Hops and Grain beers, what is it about the hop element that is so unique to you?

JH: We love hops, that is true. My passion for using hops comes from a couple different sources. First and foremost, I love the flavor and aroma complexity that hops can add to a beer. I’ve never been a huge fan of overtly bitter beers. Bitterness is a beautiful component when used to balance a beer’s sweetness, but the components that we really look for are in flavor, aroma and texture. My real interest in the artistic side of crafting a hop forward beer is the amount of information that is needed to truly do it well. Farmers literally spend their entire year caring for acres and acres of hops in hopes that brewers will be satisfied with the integrity, complexity and consistency of their crops. As a brewer, I feel a certain responsibility to showcase this wonderful crop in a way that would make the farmer happy. As newer hop varieties emerge from breeding programs the “library” of flavors that can be achieved with hops is incredible but I’m also a huge fan of using older varieties in ways that bring out new flavors and aromas.

CBA: Clearly you see a lot of potential and value in hops, specifically American hops, why is that variety so important?

JH: American hop farmers and breeders are definitely amongst some of the most innovative in the world. For me, the importance of supporting American grown hops ties right in with our commitment to fulfilling the demand of our local market. We love to showcase that our beer is made and sold primarily in Austin. And as Americans we love to support American made products, especially in this world of brewery acquisition and consolidation. And lastly, I like to support innovation and right now the American hop industry is leading the charge!

CBA: I understand that Hops and Grain is partnering with Oregon State on their hops program, can you elaborate on the relationship and the work that is being done?

JH: Last year we had the good fortune of being able to run some brewery trials with 7 new hop varieties that had just come out of farm trials. These hops were still labeled by number and did not have a name as most of them may not ever make it past the brewery trials. We brewed 7 small batch beers on our pilot system, all with the same malt bill but each showcasing one of these new hop varieties. We held a ticketed tasting event in the brewery and then we provided tasting sheets in our tasting room and encouraged patrons to try as many of the single hop beers as possible and leave us feedback that we could send along to Oregon State through our biggest hop supplier in Oregon, Indie Hops. The purpose of these types of trials is to eventually produce a few new hop varieties that show solid disease resistance and have desirable flavor and aroma characteristics. Through breeding programs like the one at Oregon State, our industry will continue to have access to new hop varieties that will enable us to continue to evolve the flavor and aroma spectrum of hop forward American craft beer. It was a really cool experience to see our customers engaged in the process and it was really neat to be able to can and then send samples off to Oregon for them to analyze in the lab. And we are very excited to take part in the program again this year!

CBA: Finally, how does all of this impact the beers that are produced at Hops and Grain?

JH: Because we are committed to making the most creative and innovative hop forward beers that we can, all of this has a huge impact on us. As a brewery, it’s important that we continue to produce consistent, high quality beers. It’s especially important with the year round beers that we sell. Our customers expect to taste the same thing each time they buy it and because hop varieties will drift from year to year it’s important that brewers have an understanding not only of each hop varieties characteristics but also the agronomics of each hop variety. Relying on a hop variety for a year round beer and then finding out that specific variety is no longer being grown or had a bad harvest year and couldn’t fulfill contract requests could be detrimental for a brewery. And at the end of the day I love hops and I love well-crafted hop forward beers. The art and science of hop usage in beer is the driving force in my creative world right now and I couldn’t be happier with the tools that I have access to!

Hops and Grain is an award winning brewery located at the end of Sixth Street at 507 Calles in Austin, Texas. You can find their beers on tap and in cans all over the greater Austin area. Be sure to keep up with the latest news and tappings by following them on Twitter and Facebook.

I would like to thank Josh and the Hops and Grain team for making this interview possible. Cheers!

Josh Hare recently rode his bike to 1400 miles to Denver with a few other notable Austin Craft Beer people as part of the 1400 Miles charity. 1400 miles uses bikes and beer to raise awareness for men’s prostate cancer. You can read our write up on it here. 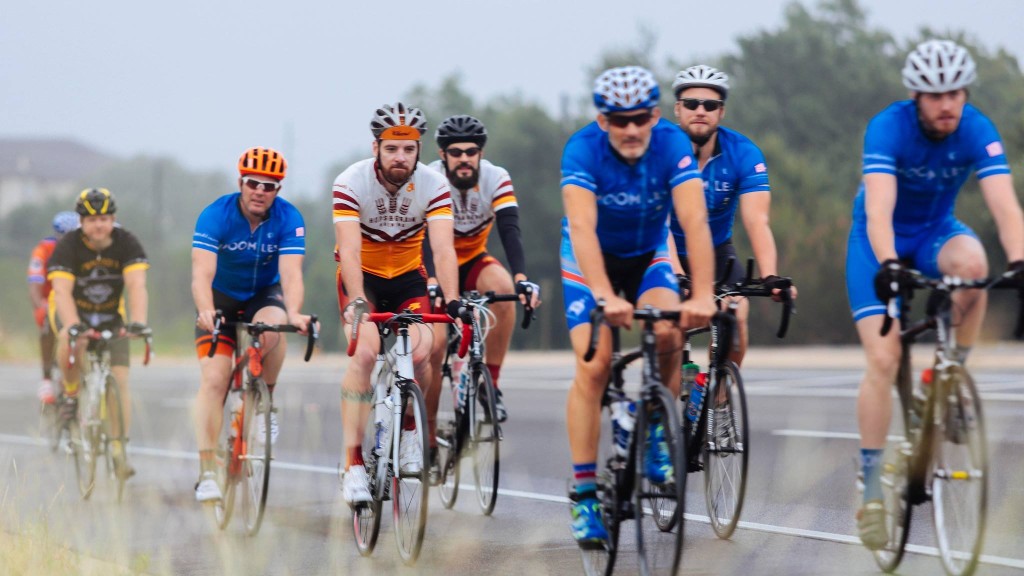